Enough Soylent For Everyone 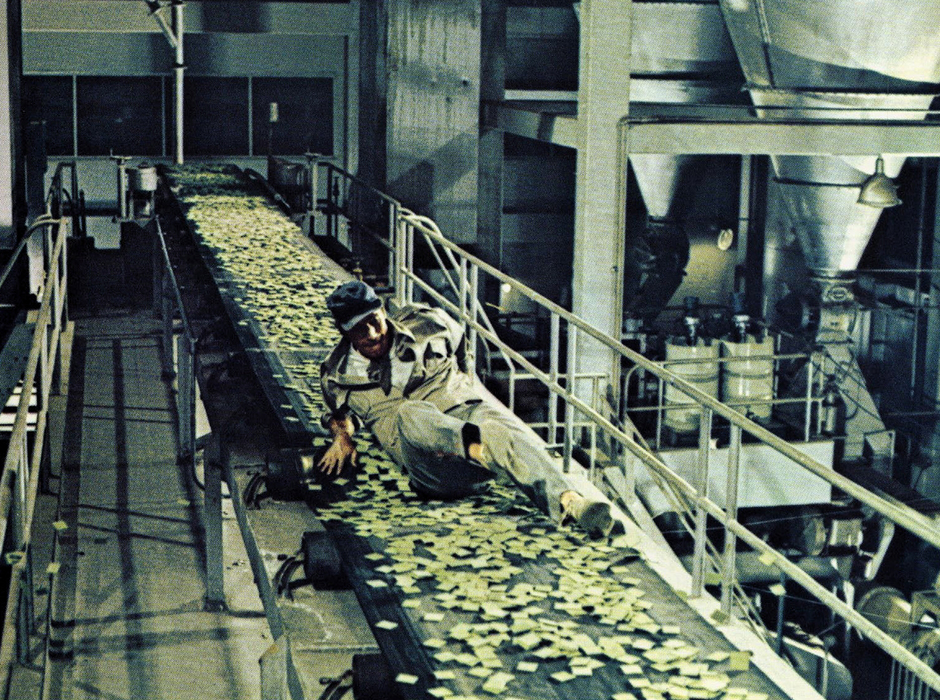 Ti’s the season and it’s time to bring back an old tradition here at Evil Speculator: our special lair baked market outlook scenarios. Reason being that what I’m seeing unfold in equities opens the possibility for large outlier moves on the immediate time horizon, which means either by Friday or next Tuesday at the latest. Let’s get to it: 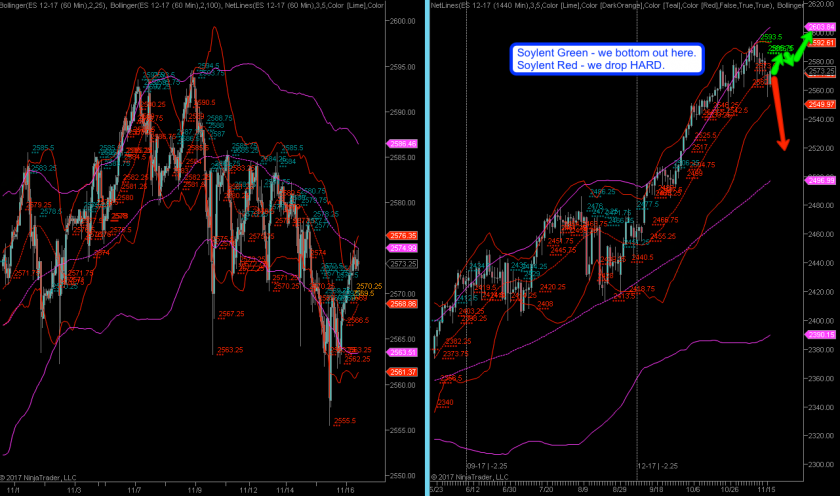 Now to some of you pointing in both directions as a probability may seem a bit silly at first sight and I would agree on that note. But that’s not the point of this post at all. Yes, the market will either push higher or drop lower, no crystal ball required there. But what matters right here and now is the potential vehemence of what may loom ahead of us. And I only see two scenarios that make any sense at the current time:

This is pretty much a binary situation with slightly favorable odds for the bears. Either that or it’s the bear trap of the season. What I do not think is going to happen is more whipsaw like we’ve had to endure for what – almost two months now? 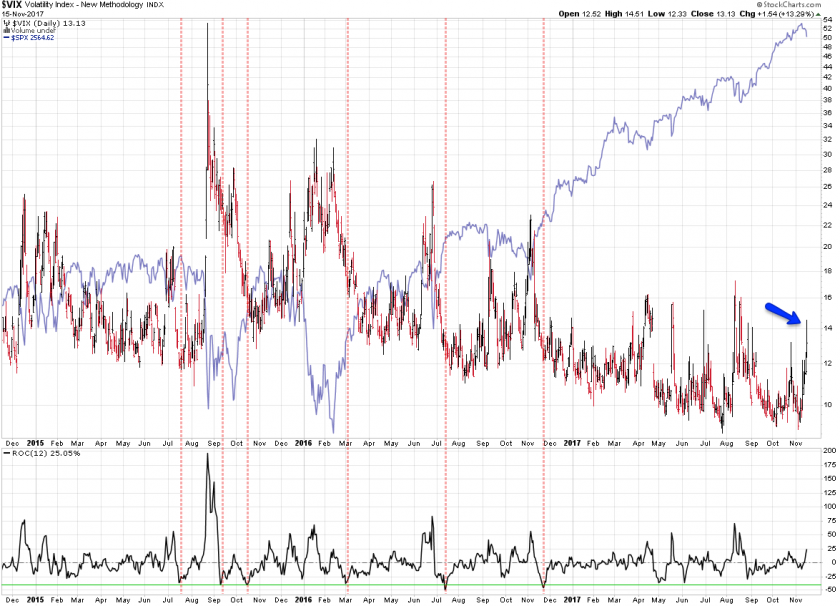 The reason why a massive bear trap is also still a possibility is mainly due to the VIX which has exploded over the past two sessions. We went from single digits to over 14 in a jiffy. Which by the way would be your cue to smile and praise the mighty Mole for urging you to buy long term puts all month while puts were selling at a massive discount. (Well – DID YOU??) Or alternatively you may just sign up as a subscriber – the blog doesn’t run itself, people! 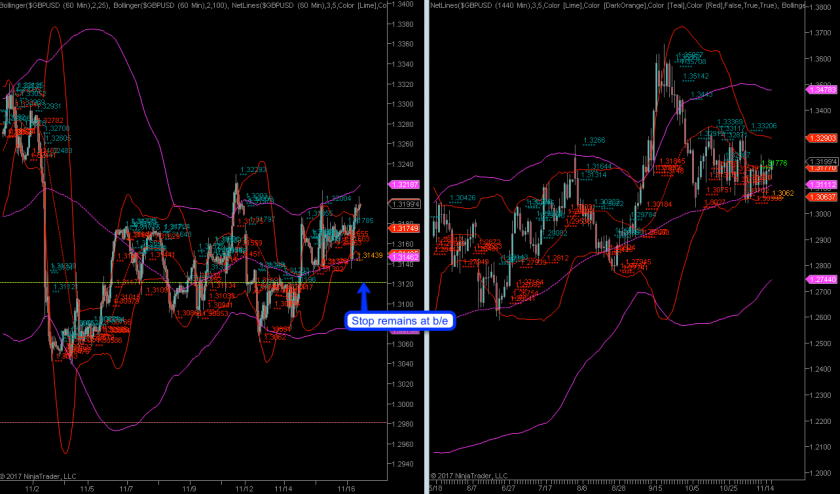 Miraculously our cable campaign is still in the running and I’m leaving my stop in place slightly above break/even. I don’t have high hopes for this one but let’s give it a chance as a spurious rumor or some embarrassing clickbait on Theresa May may just earn us a few R here.

No other entries as of right now – everything else continues to run in circles or is already on the way. Time to simply watch and learn.

Don’t get too excited yet people, maybe we’ll actually see some real red candles for a change, but very few people out there actually remember those. Assuming for a moment we get Soylent Red: Dip buyers will most likely stand buy on the first few legs down, expecting an instant reversal. So if you are short and want to ride it out (that’s you GG and his gang) be prepared for wild swings on the way down. As always, have fun but keep it frosty. Most importantly, don’t play with money you cannot afford to lose.