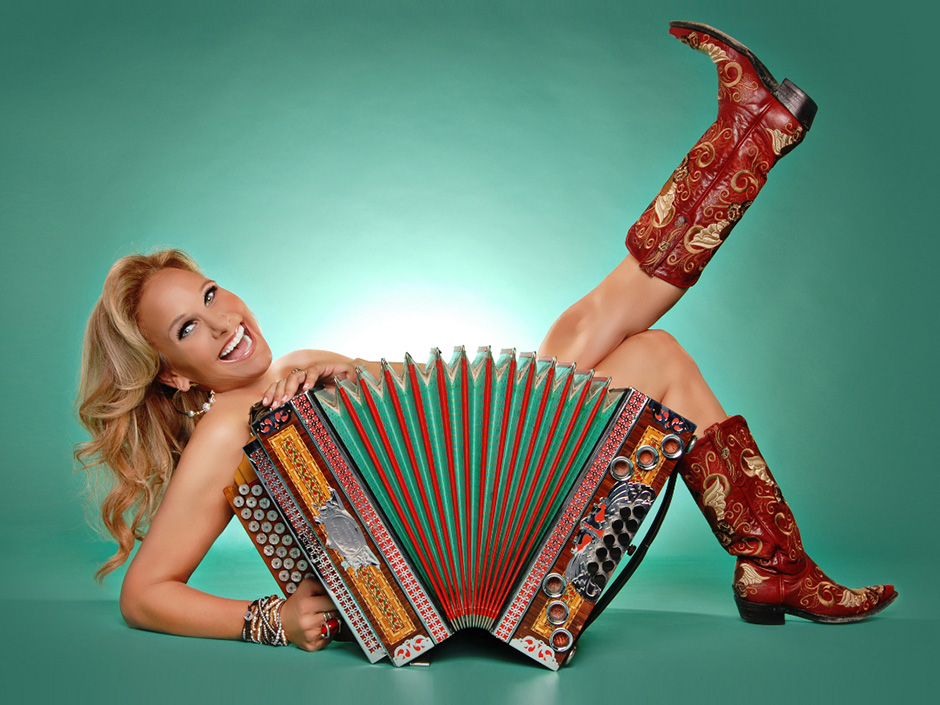 If nothing else the Gamestop brawl and the resulting controversy it triggered over the past week has shown to the public that the emperor has no clothes and that he can easily be taken down by an organized lynch mob willing to put its money where its mouth is. See, the problem with organizing a good old fashioned short squeeze is that it relies on the counter party being vulnerable to selling pressure. Only weak hands may apply. If the other side however does not care the least and worse yet – keeps on buying – then this strategy quickly caves in on itself like a french soufflé.

That is a painful lesson a certain hedge fund called Melvin Capital run by Gabe Plotkin was forced to learn after accumulating a stable of put options worth a whopping $55 Million. A lot of money to the likes of us but mostly chump change to old Gabe.

After realizing the stock was 140% short of float the rowdy crew of Reddit Robinhood retail rats over at /r/wallstreetbets decided Melvin was going to be the fall guy and quickly began to pound into $GME. Just for the giggles and of course to perhaps bank some juicy gains in the process. 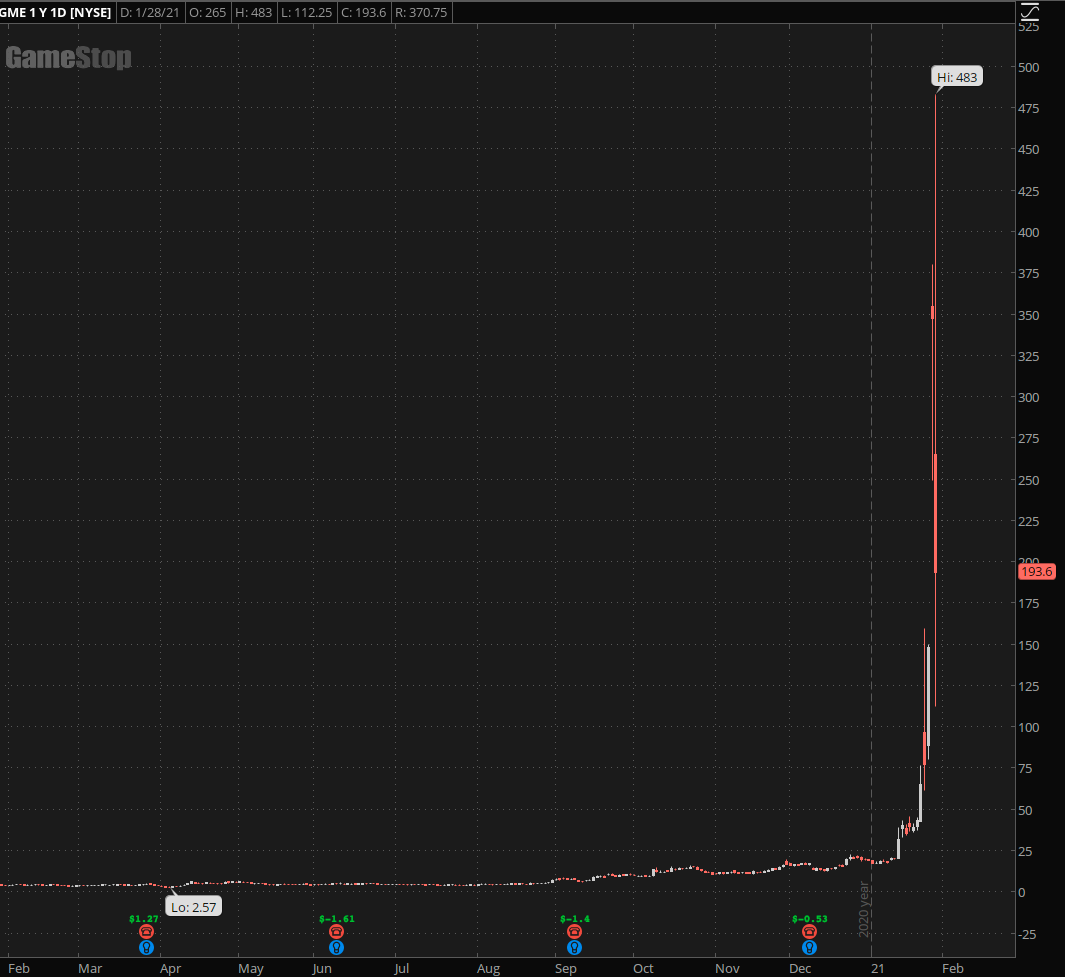 The rest of the story is now financial history. Melvin and everyone else short the stock found itself on the wrong end of a short squeeze of biblical proportions. This prompted the usual suspects to make a few phone calls in order to shift the dynamics back into their favor.

Which instantly resulted in a worldwide PR disaster that even managed to thwart the stock stampede in $GME. The situation is still unfolding with the usual David vs. Goliath style of rhetoric but no matter what happens I doubt that attempting to lock retail investors’ out of buying stock will somehow magically fix the problem.

All of this has been highly entertaining and I find myself reminded of the energy and passion back in 2008 that prompted me to launch this trading blog in the first place. Of course back then we were actually short the market whilst smiling all the way to the bank until Christopher Cox… marched in on September 19th, smacked us over the head and then took all of our toys away.

I lost 3/4 of my trading account that day and it took me years of hard work and dedication to fully recover. In retrospect it was the best thing that ever happened to me as it forced to me to up my game and become a more resilient trader. In the process I’ve learned a thing or two about short squeezes, how they can be triggered, and more importantly: how to know when the tables have been turned.

Not surprisingly I’ve literally been inundated with emails and phone calls about this. And the answer to the very same question EVERY ONE HAS IS….

YES, I do have a system for trading short squeezes. Legally of course, without having to gang up on hapless over-leveraged hedge fund douchebags. It’s a system that has worked on short squeezes for decades and which I expect to continue working for many years to come.

The rules of the system were put together in collaboration with Scott Phillips who in turn spent considerable time designing it with some hideously expensive historical short interest data and his prolific notes on Laurent Bernut’s “squeeze box” system.

I told you all about it in yesterday’s email update and if you missed it then here are some good news. I am extending the 24 hour period to snatch it up for only $99 by a few hours to midnight tonight (Jan 29th) Eastern Standard Time.

It’s a one-time offer and it won’t come back. The price literally doubles today after midnight, so if you haven’t already make sure to add the Squeeze Box to your trading arsenal.

Here Are Your Options

Now you guys know me to be a straight shooter and I’m not going to promise you that you’ll be seeing short squeezes the likes of $GME or $AMC anytime in the foreseeable future again. First up that would be unethical but most importantly it would be wrong.

Huge moves the likes of Gamestop are the vast exception to the rule and building a trading system around that is a complete and utter waste of time simply due to a lack of opportunity. 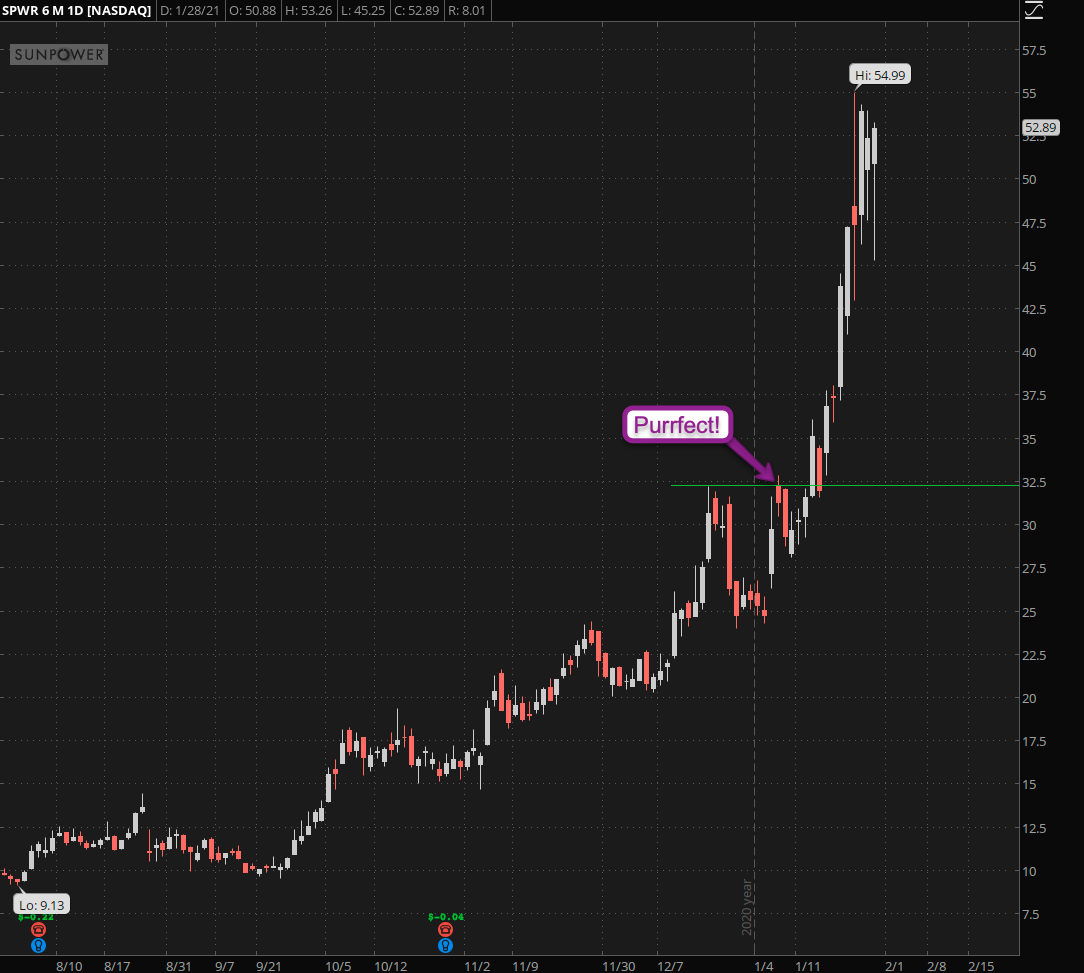 The good news is that regular short squeezes happen all the time. In fact shortsqueeze.com managed to build an entire business model around that fact. The example shown above is absolutely textbook and I’ll show you several clever ways of how you can use options to trade setups like these via the Squeeze Box (again the rules are explained when you buy the system). 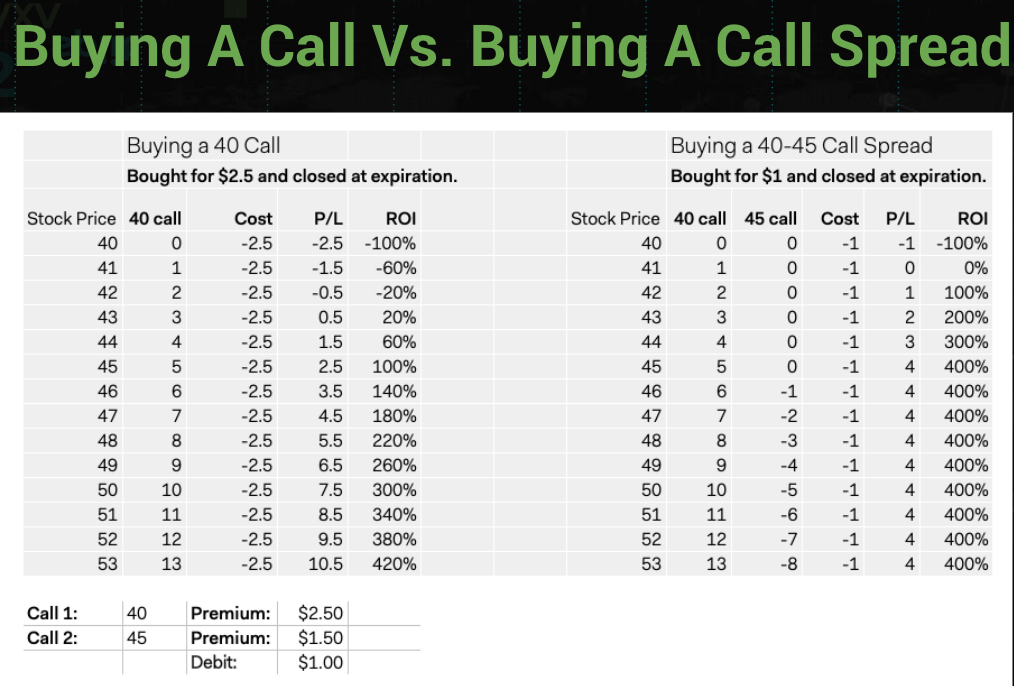 So task #1 when trading a break out pattern – with or without the Squeeze Box system – is to make an assessment as to whether or not the stock has the potential to make an outlier move. And by outlier I refer to anything 3 standard deviations or more.

This of course all depends on the prevalent market forces, the amount of volatility inherent in the stock, the overall market, and last but not least, the short float percentage.

If it’s 50% then a big move is a possibility but most likely it’s going to be nothing even closely resembling Gamestop. But heck, that’s okay and in that case a simple vertical spread will do the trick. For a regular 2 standard deviation move an ATM placed at the trigger threshold (explained in the course) has pretty good odds of getting you close to the max profit of your spread.

No stop loss required in either case of course as your max risk is your premium. Easy peasy lemon squeezy.

Because the bare naked truth is that, when it comes to big outlier moves, almost nothing can compete with buying naked options (both calls and puts). The SPWR round trip above shows how a $1 and change investment turned into nearly a 900% profit.

Of course trading naked options comes with a caveat, a big one. It’s called theta squeeze and for the uninitiated let’s just say that your naked option loses some of its premium every single day. It starts out slowly but then accelerates exponentially until there’s nothing left. So in essence buying a naked option puts you into a race against time.

That is of course acceptable if you see a short float of 70% or more and expect an instant and massive break to the upside, but it’s not something I would ever advocate when it comes to regular option trading which easily occupies more than 95% of my time.

But what if you think that you need more time? Buying the Jan 22 35 call worked like gangbusters but had SPWR not moved for a week or two then you would have been sitting on a loss. Not a big loss mind you but still a loss.

Now what if I told you there was a way to play this with an option spread that not only have the potential to bank you even more coin but at the same time limits your risk and – most importantly – gives you PLENTY of time?

Let’s talk about it!