After having coded almost non-stop over the past few weeks (on top of blogging and trading) I am beginning to feel the burn. So I hope you forgive me if I make this a very quick update focusing solely on the equity side – which incidentally triggered the Retest Variation Sell entries proposed in yesterday’s post: 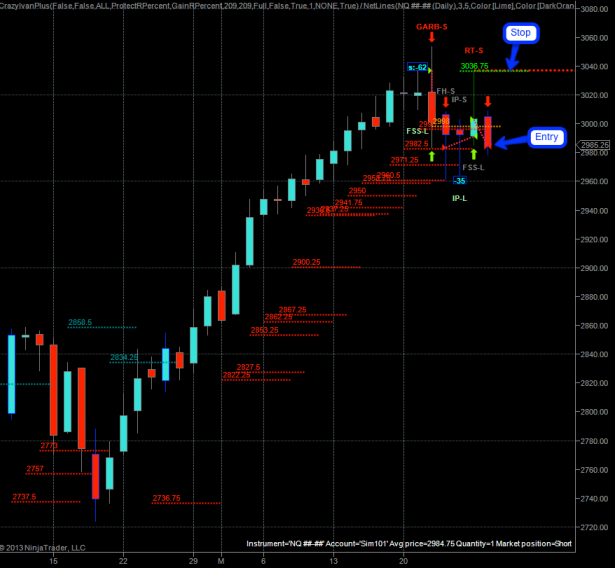 If you missed it earlier then the NQ may be your best bet right now as it’s still near the RTV Short trigger of 2,985. As you can see the strategy is already short with a stop right at the last NLBL – rather convenient. 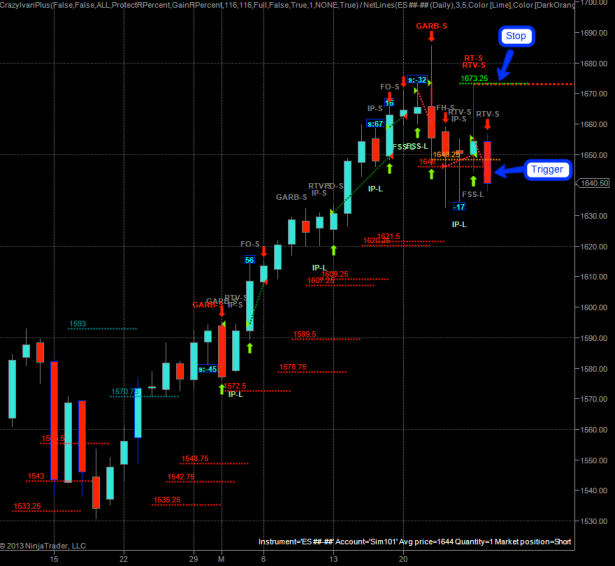 And here are the spoos – already trading below the entry and if you missed that one – well, perhaps it’ll push back higher into the close. However strictly by the rules, even if we push back above the triggers we do have official short entries across all three today – on the NQ, the ES, and the YM. 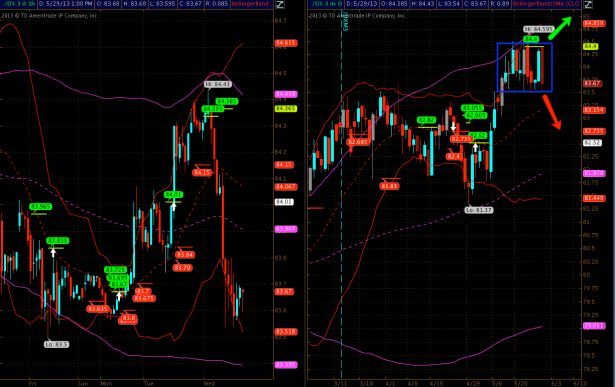 The Dollar has been running in circles for the past ten days or so and this is a good example of a volatile sideways market. 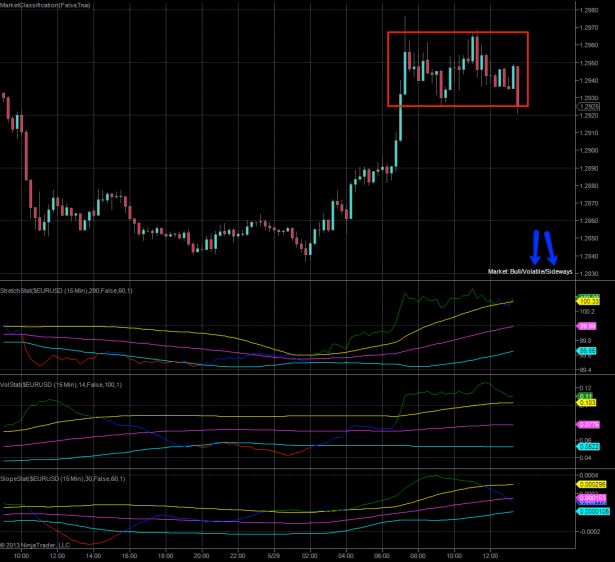 I don’t have the DX over on the NinjaTrader side but I did pull up the EUR/USD for you guys. The three indicators you see below are my newest creations and are a direct copy of Ben Brower’s most excellent TradeStation indicators. The purpose of the exercise is to objectively measure market conditions – which means market trend, volatility, and current direction. The current reading of ‘bull/volatile’sideways’ tells me that the Euro is still in a bullish period but currently stuck in a volatile/ sideways cycle. Bear in mind that market direction does not necessarily equal trend but of course that also depends a bit on how you measure it.

A volatile sideways market tells us indecision with buyers and sellers battling it out in entrenched positions. Common sense suggests that whichever side loses this battle will be squeezed once a direction has crystalized.

In case you wonder – these three indicators will become an integral aspect of the CrazyIvan strategy I’m currently working on for the E-Mini (and which will become a subscription product in the near future). Most likely this one will run on a 15-minute chart and pick its entries based on carefully defined market condition filters. For instance reversal trades such as a RTV Sell may not work very well in a strongly trending market (i.e. bullish and volatile) – at least that’s what we’re finding on short term charts. Inside periods however seem to be more agnostic to market direction.

Words To The Wise: I’m looking across various markets today and it seems that the tape is intent on screwing with everyone – bulls and bears alike. So be careful, don’t get over exposed, and expect to be whipsawed around. That suggests small initial position sizing paired with pyramiding as your positions move into favorable directions. Don’t bet the bank here and don’t chew off more than you can afford to lose. Tape like this is designed to shake out weak hands before it takes off like gangbusters.

Alright – that’s it for today – see you all again tomorrow morning before the bell.