UPDATE 11:00am EST: I’m going to be in and out today as I have personal business to attend to. Market gave us bears a nasty open and it’s been up up and away since then. 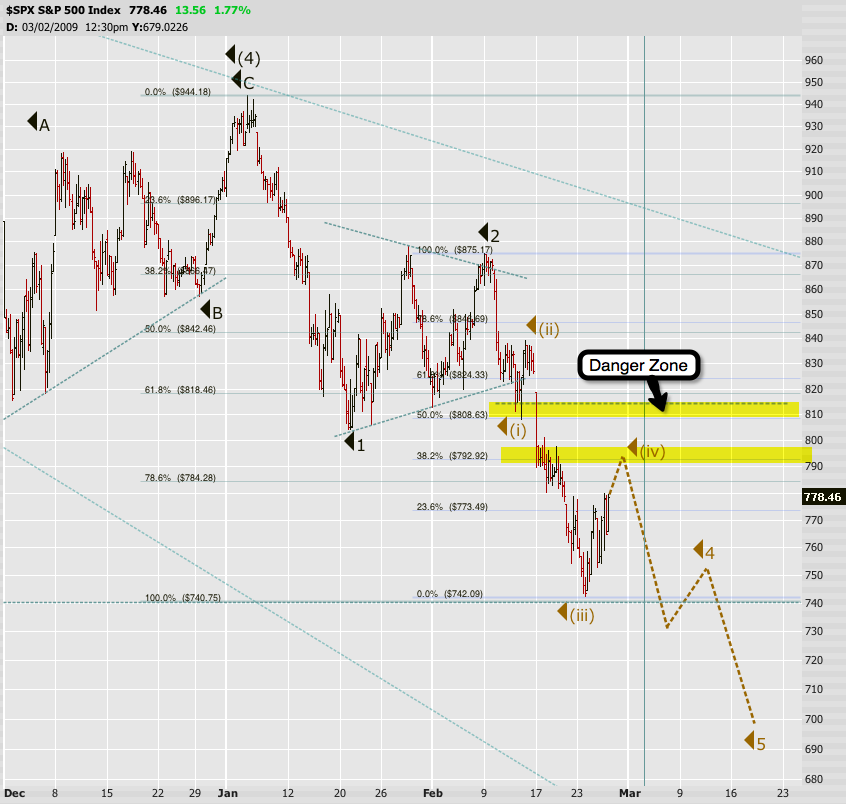 We seem to run into a wall around 778 but there is a real chance we’ll make a push for 790 today which would represent equality for a c-wave. At which point I will load up on puts again – would you expect any less? 😉

In all seriousness though – the bulls are gaining confidence and if we breach 800 and push towards 810 or above I would probably run for the hills as the wave count would become soft at best. That’s pretty much the plan for now – there’s a battle going on to keep the tape below 778 but buyers are stepping in and I keep seeing higher highs and higher lows. 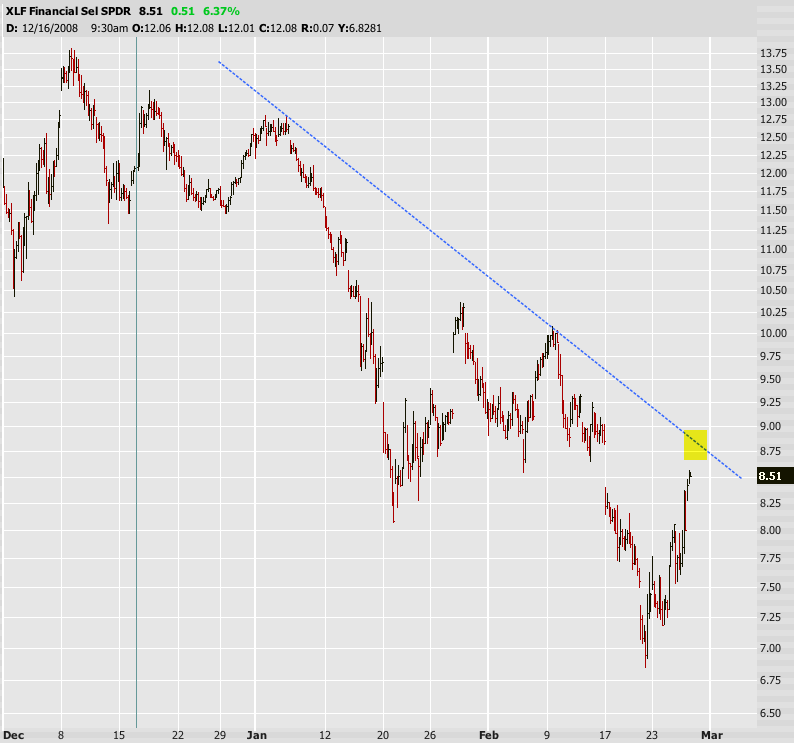 The XLF is making a hard push upwards and 8.75/8.8 might be the spot where it would correlate with the SPX at 790ish. I think that could be as good as any to dip into some puts – if this line is breached we might see more upside in averages as well.