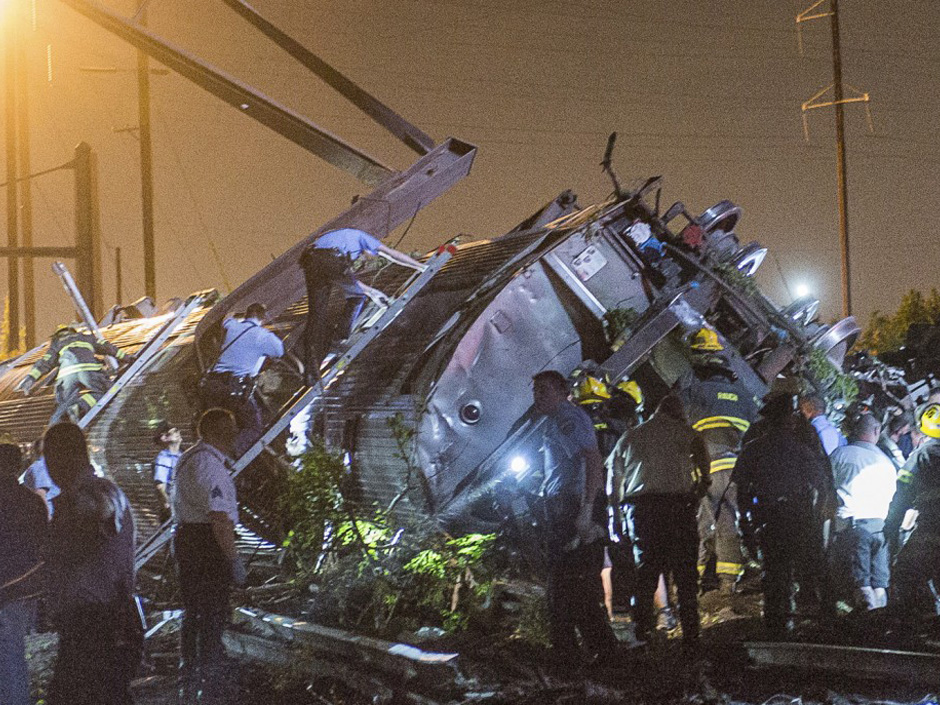 I have said it before and I will say it again: Good campaign management is everything. And that spells double true in the type of volatile market conditions we’ve all been exposed to over the past six months. Every ambitious schmuck can eek out an edge when markets run uni-directionally but if nothing else 2018 has served to separate the wheat from the chaff in the trading community.

And it has cut both ways – among both passionate bulls and bears. Almost anyone with a directional cognitive bias has either left in disgust or was forced to leave after blowing up their trading accounts. Let’s face it: I can preach all I want here and even lead by example, but my reach is limited and not just some but actually most people seem to only learn the hard way. 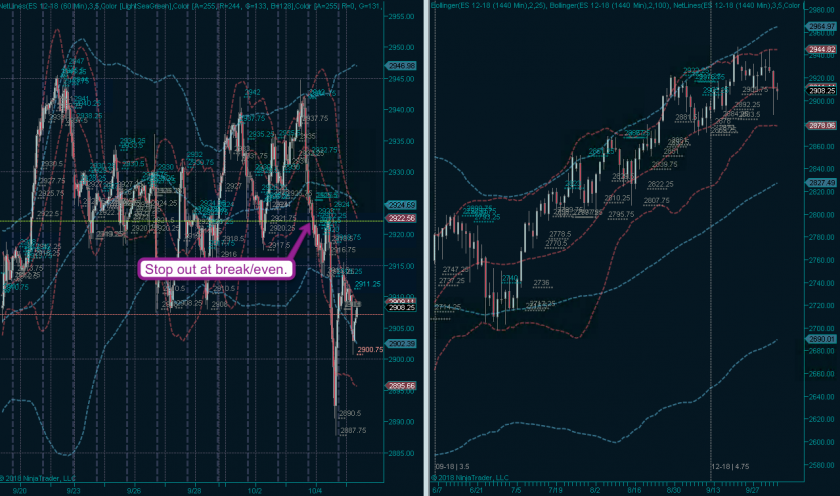 Obviously my E-Mini campaign is toast after yesterday’s red candle festivities. However due to my Skynet controlled campaign management my stop got snagged at break-even. 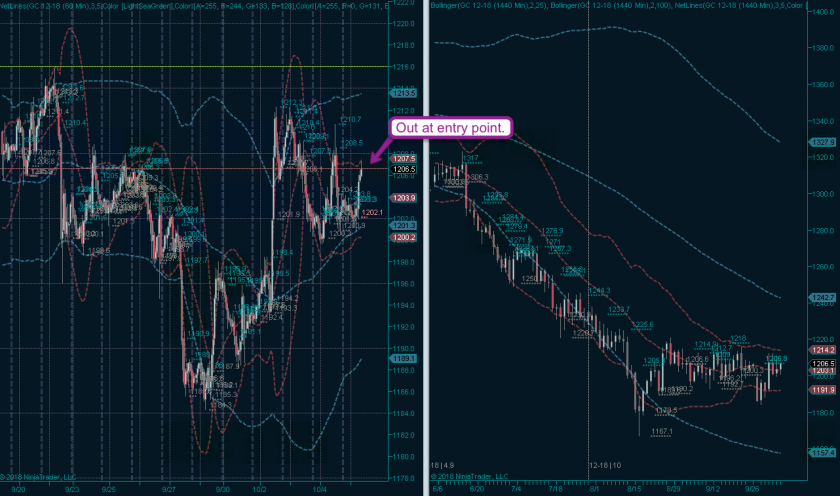 I decided to exit gold after it reversed back to my entry spot twice and it looks like that 100-hour SMA may be holding. This was a pretty sweet short setup but it seems to me that gold is continuing its sideways range. 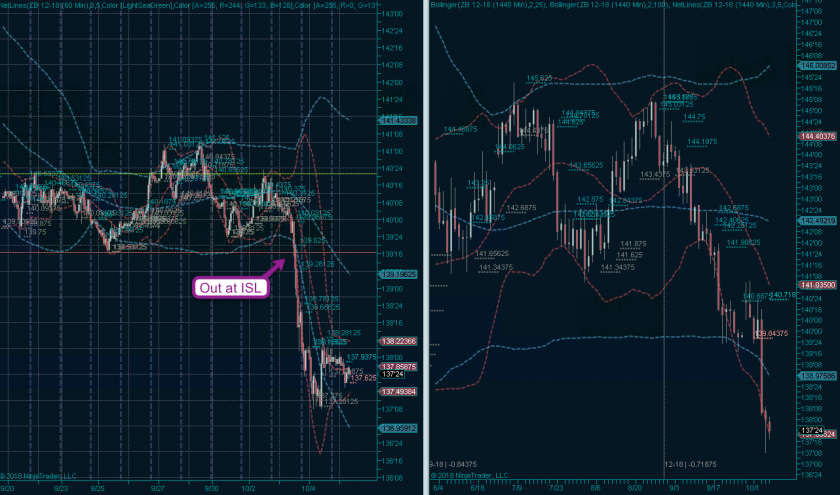 Bond futures started to look iffy as soon as I entered this campaign and the current break down and stop out at ISL comes to no surprise. That ought to teach me for trying to go long bonds in a rate hiking environment. 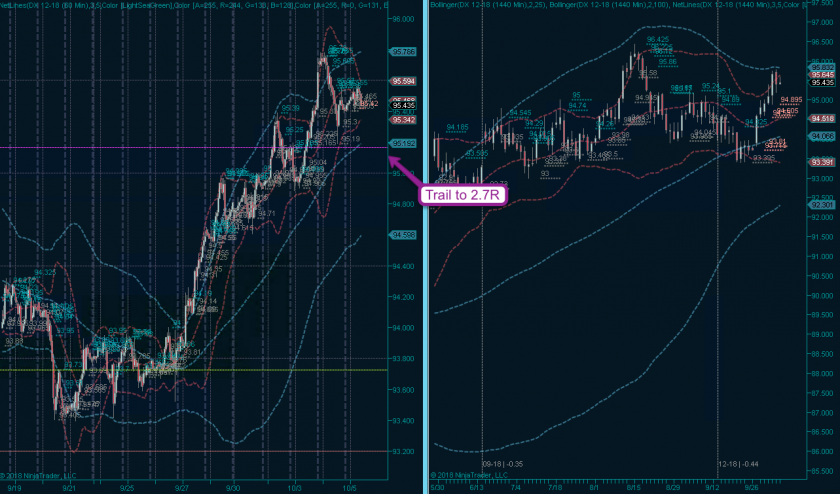 My Dollar campaign is still looking jolly and I just advanced my trailing stop to about 2.7R. I know that’s a bit tight but I expect either continuation shortly or a more pronounced shake out, which I would use as a re-entry opportunity if stopped out. 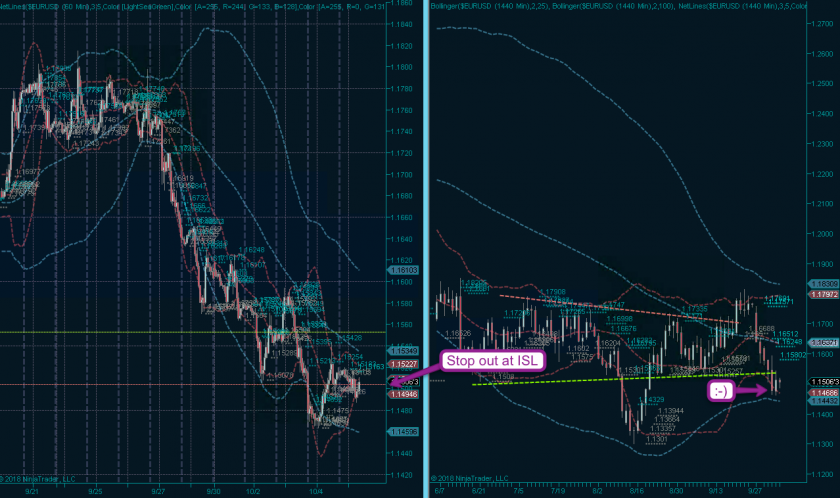 And of course the raging Dollar has put a damper on my EUR/USD campaign, which immediately proceeded to ISL. Not too bad to see this one go as you all know by now. I would enjoy seeing that recent spike low breached as that would most likely unleash more (much expat appreciated) bearishness.

Alright, with all that out of the way let’s do a quick momo update – it’s early October after all and I usually do those once per month. 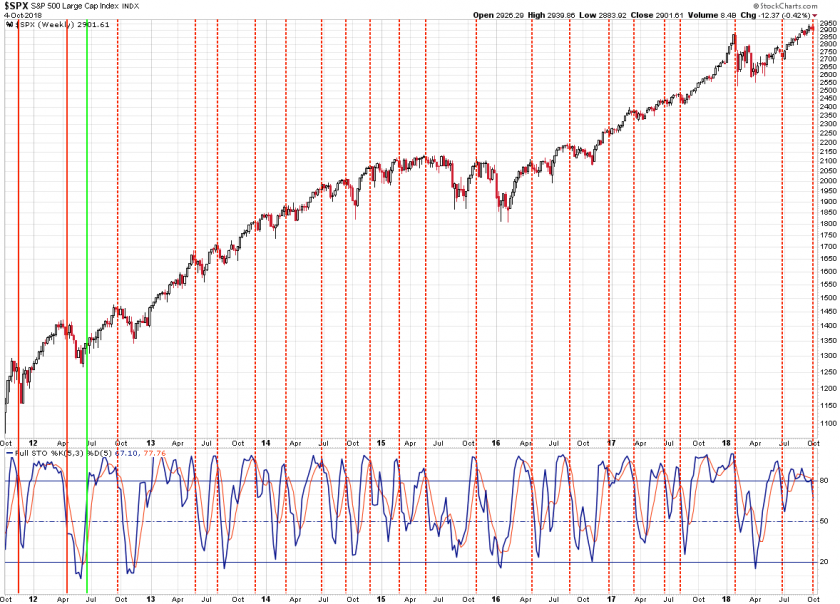 This simple weekly stochastic has been in my trading arsenal for a long time, and despite being rather unsophisticated it’s done a bang good job in marking market highs (and a few market lows). Well, after a nothing burger signal in July that produced only a very shallow correction it’s now signaling again.

More below the fold for my intrepid subs: