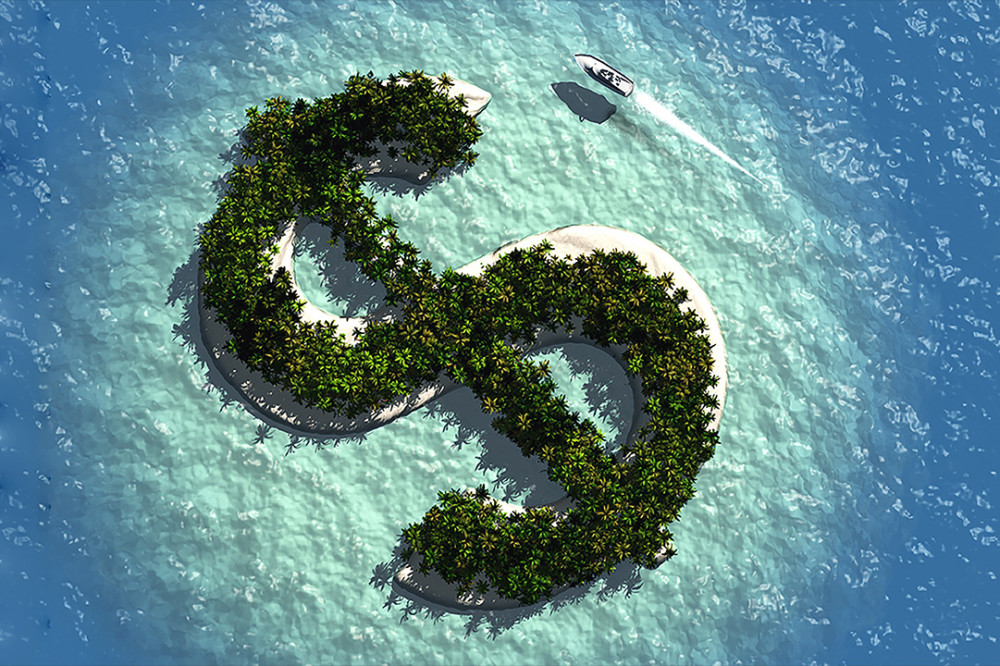 The 2nd round of the French presidential elections almost seemed procedural to me in that Macron was clearly the front runner plus it was clear that various voting blocks would coalesce in order to prevent Le Pen from gaining a majority. So suffice to say that Monsieur Macron’s overwhelming 65% win wasn’t exactly a big surprise to me. Which is exactly why I had been accumulating a big stack of € cash ahead of the final round. Although I anticipated a bit of weakness after the election I did not think we would find ourselves near the lower edge of the current island again. 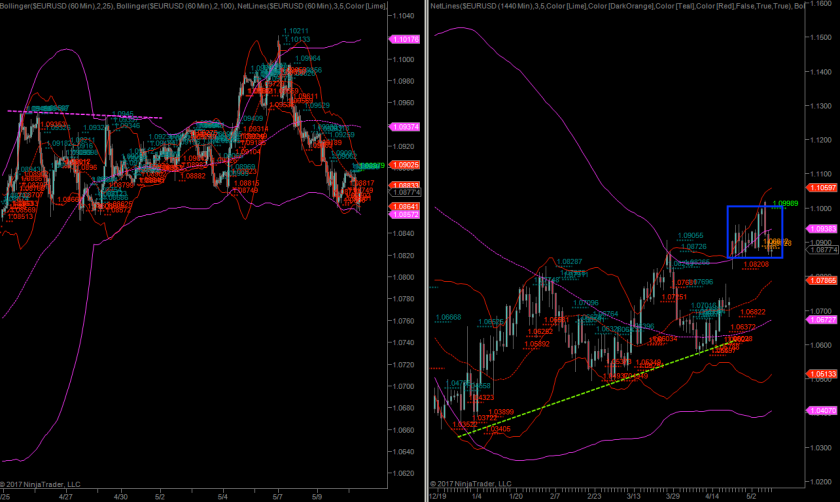 Now it’s quite possible that the current sell off is just an extended round of profit taking, a.k.a. sell the news. But it’s gone a bit further than I for one had expected. The daily panel currently shows a very well developed island formation with a 100 pip gap just below. 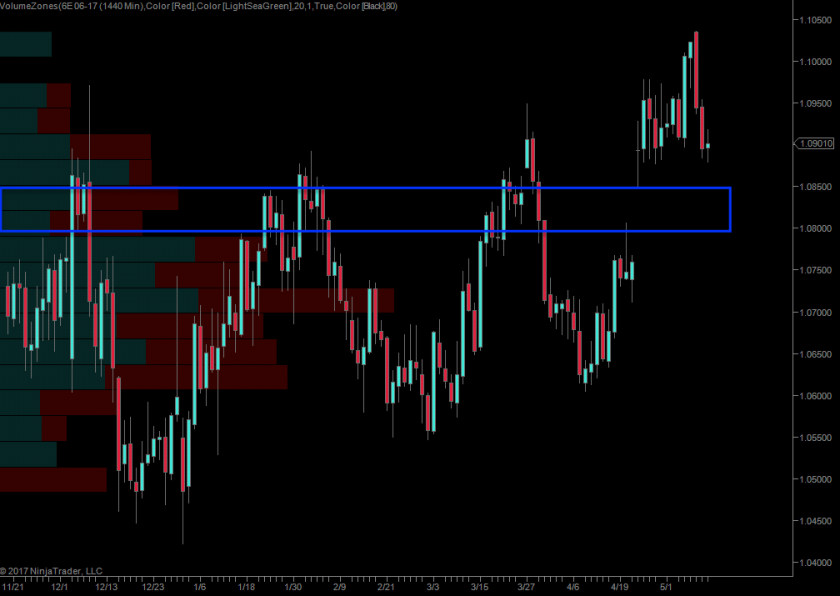 I think there’s a good chance to see a drop to a little further below to 1.085 at which point the EUR bulls will have to show their cards. Either run it back higher or let her drop through the gap and then regroup. As you can see there ‘s not much accrued volume within the gap which should accelerate a slider lower.

Caveat – I do however not see a huge potential for an extended sell off and based on the current formation it seems that the EUR is going to remain above 1.065 at least for the foreseeable future. Unfortunately for me of course as life is going to be a wee bit more expensive for me over here in Europe. If the EUR continues to strengthen from here I may even be forced to cut down my nudie bar visits from four to three times per week. The horror! 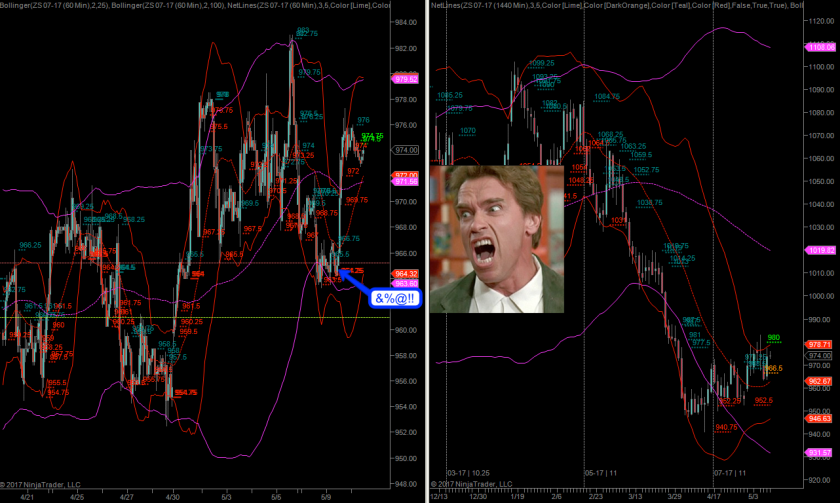 By the way whoever is making market in soybeans did a great job stopping me out and bouncing right back. No comment… 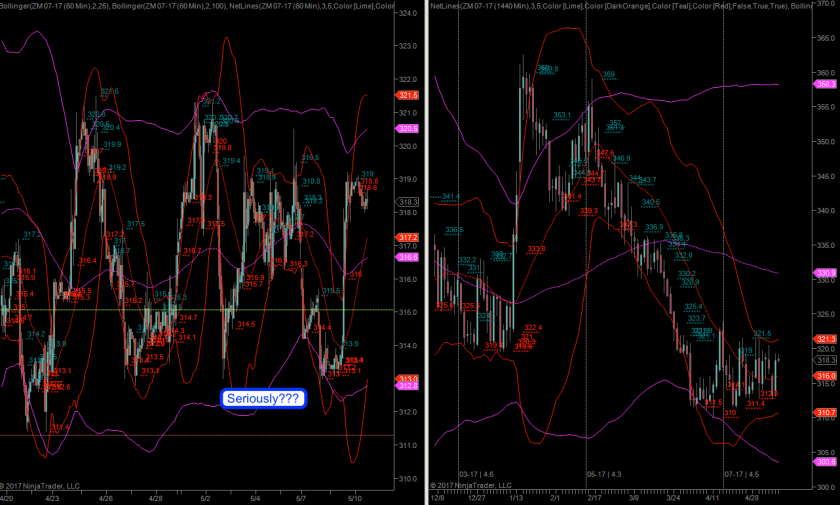 Speaking of crack smokers I don’t know what’s going on in soybean meal but I’m starting to get dizzy. More seriously though – if you’re deployed just like yours truly then this can be either very good or very bad. Good as in that it establishes more and more context above your entry position which later provides valuable buffer space above your b/e spot. Bad as in well, just take a look at soybeans above….

P.S.: About the title image – I couldn’t find a good EUR island, so bite me