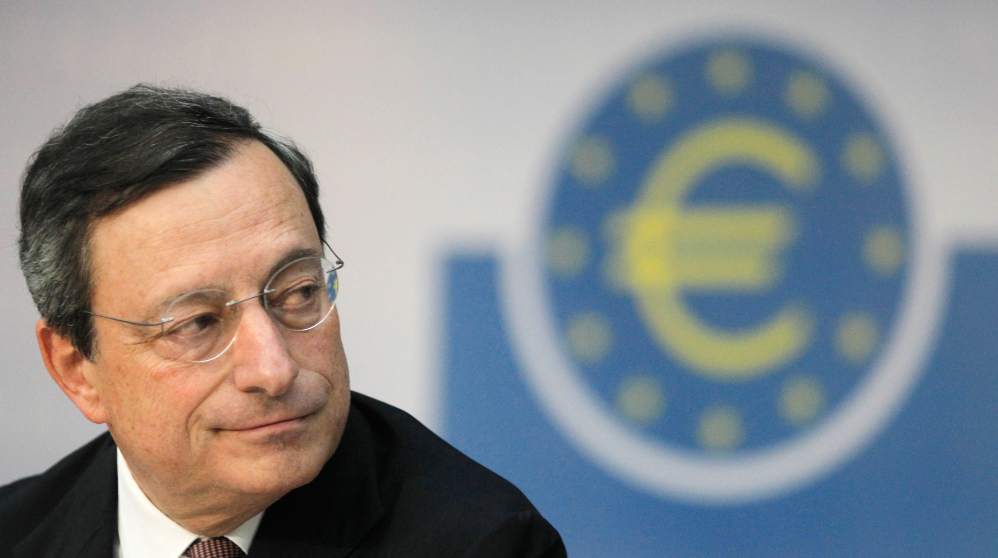 With Yellen pretending to hike rates and Draghi pretending to lower them a strengthening Euro wouldn’t make much sense in principle. Which is exactly the reason why a Dollar put has worked so well over the past few weeks. When playing poker there invariably comes a moment when you’re being called to show your hand. And that’s exactly what forex vigilantes are doing right now. You may be the bank and you may be making the rules. You may even go as far as change the rules whenever it suits you. But as the old saying goes: Bullshit talks, money walks. 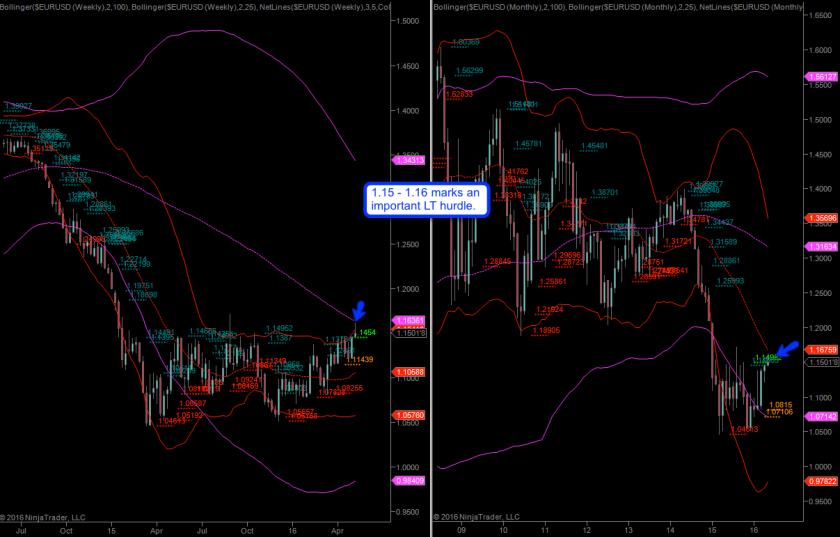 And the money has been supporting a stronger Euro over the past year or so. The sideways range we’ve been seeing on the EUR/USD is mostly due to the Fed’s incessant jawboning of higher interest rates. Which of course has not transpired and most likely we will not see a substantial hike (e.g. 0.5% or more) until the after end of this decade.

So much to my chagrin it seems like Euro firmness is here to stay. We just touched a very important long term resistance cluster on the weekly and monthly panels. On the former we have the 25-week SMA and the latter features a stack of monthly Net-Lines plus the 25-month SMA. Should the EUR/USD rise to the occasion and push beyond 1.7 then it would establish very important and most likely difficult to penetrate support levels. It seems like my current European adventure is about to get a bit more expensive. 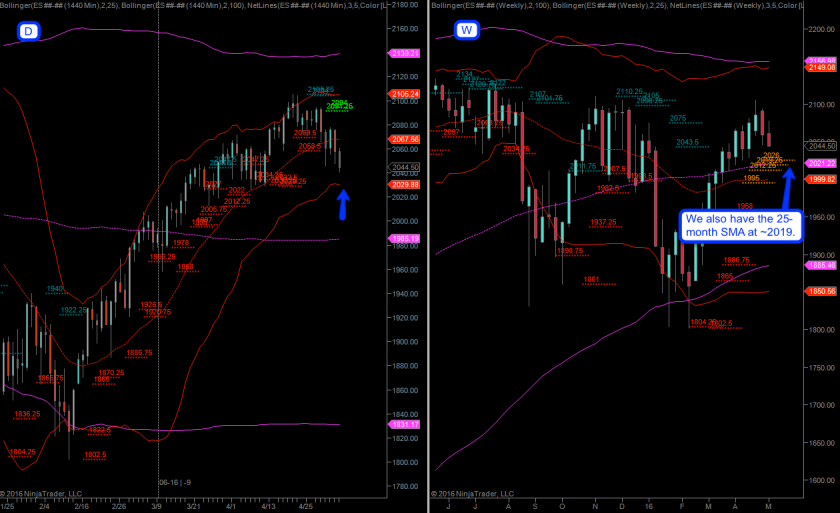 Equities meanwhile are heading in the opposite direction, which is interesting as we may be looking at a crucial inflection point in correlation to either a weakening or strengthening Dollar. Should the Dollar be taken to the woodshed then it would most likely help stave off a continuation of the current slide lower. As you may recall from my last two long term updates [1][2] the quality of the recent advance has been questionable as market breadth is lacking and the momentum present throughout supports the notion of blow off top before a meaningful correction. Thus a strengthening Dollar would not in the interest of the Fed (is it ever?) but at the same time Draghi is going to find himself in the hot seat in the coming quarters should we see a massive short squeeze on the Euro side.

All those things are of course way beyond my pay grade and I would do well do simply stick with the charts. Price at least is speaking loud and clear, on both the Euro and equities side. The weekly panel one the ES futures (June contract) shows us nothing but air until about 2029 where we have an untested lower 25-week Bollinger. The monthly panel is a bit more productive with a stack of NLSLs and the 100-month SMA all near the 2020 mark. If you are to be long then that is where I would suggest to be actively looking for long positions. Until then the momentum is pointing downward and I caution you to try anything clever here. 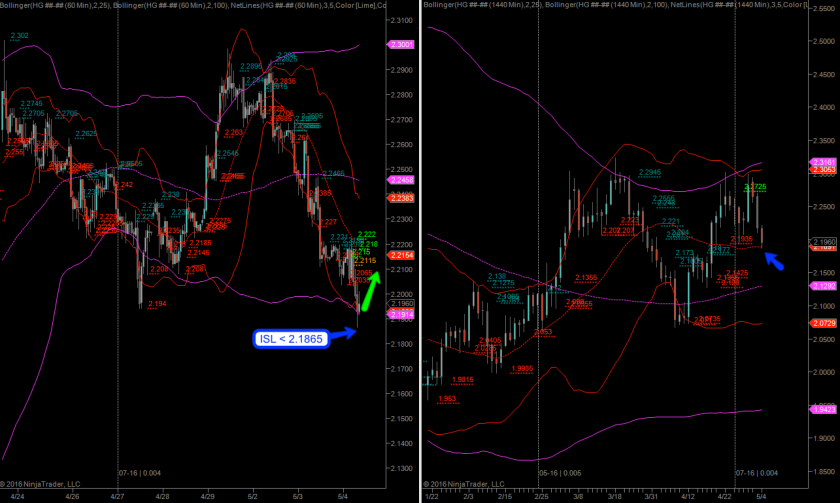 Speaking of which – I am trying my luck on copper this morning, albeit with a small 1/3R position. The idea here is that the 25-day SMA will hold up. However it has not been observed for quite a while now. On the other hand the current price pattern is resembling some sort of inverse H&S and given that the presence of the SMA it’s worth a small lottery ticket.

More goodies below the fold – please join me in the lair: