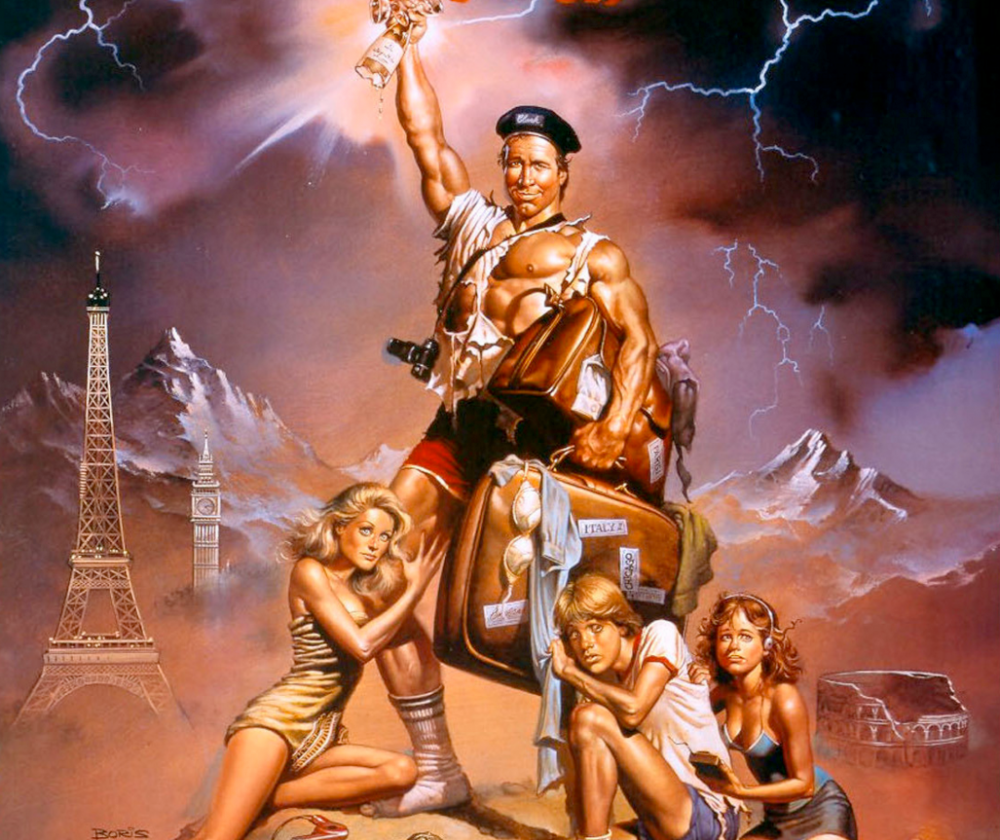 Quite frankly I don’t really enjoy taking vacations very much. I used to love to travel back when I was a young buck, but since 9/11 the security rituals involved have become such a pain in the rectum that it’s hardly worth the trouble. Plus after Russia and China opened up most places are now completely overrun and you’re effectively competing with hordes of elbow pushing camera stick donning budget tourists eager to update their Facepuke profiles with carefully choreographed snapshots of their mediocre existence.

Add to this that I probably have the worst luck with the weather you can possibly imagine. Let me put it this way – if you want to guarantee torrential rains during mid summer in Dubai all you need to do is to buy me a flight ticket there without possibility of not going. Last summer for instance I was planning to visit family in Austria and as the departure date drew closer I was horrified watching weather reports turn from bad to worse. In the end I wound up canceling the entire trip (thus losing a few grant) as the entire two week period was scheduled to be under water. They did actually wound up having floods and I was glad that I decided not to go.

And this year is no exception. Originally I was planning to spend twelve days in the Azores, starting tomorrow. And once again the weather reports started to show rain, rain, more rain, and at best cloudy weather with cold temperatures. Yesterday morning Mrs. Evil and I decided a last moment change of plans and head down to Tenerife instead. Over the course of a pretty stressful Sunday afternoon we somehow managed to not only find a pretty cheap flight but more importantly a place to stay that we didn’t hate. It’s supposed to have decent Internet but as I’m running an online trading business you can imagine that I’m already horrified. 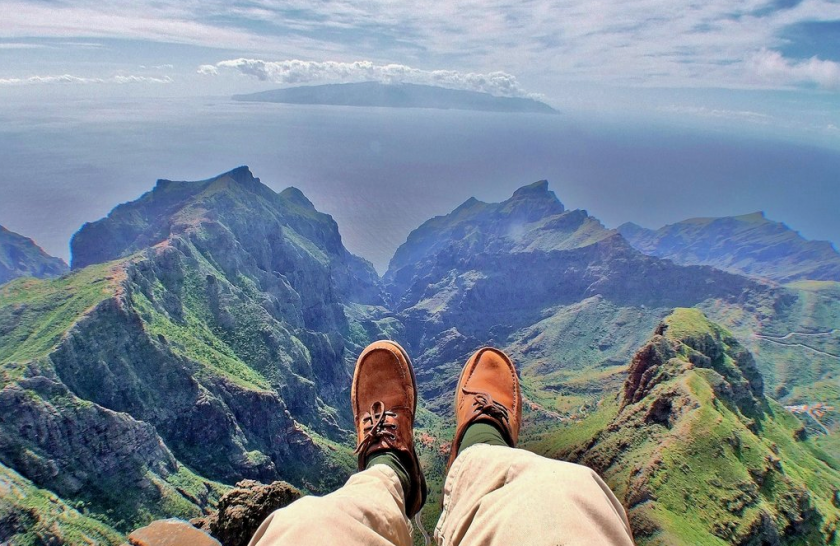 So why bother traveling in the first place? Well, that really is the question – basically we are fleeing the onset of the annual festivities of Sodom and Gomorrah held right here in Valencia. They call it ‘Las Fallas’ and for about three weeks the entire city center turns into one big orgy of annoyance with loud music on every other street corner, eardrum popping daytime fireworks resembling Allied Forces bombing raids in the afternoon, white Euro-trash flooding into the city by the tens of thousands, pickpockets and gentuza galore, drunks pissing into your mailbox at night, broken bottles everywhere, cats mating with dogs, etc. etc. Basically it’s complete and utter anarchy, so if you live in the center then you basically have only two options: Go all in and join the fun or get the hell out of Dodge while you still can. Count me into the latter camp and that’s why early March now marks my annual forced vacation.

Clearly I won’t be doing much on the trading front until the 20th. But I will pop in a few times per week and provide updates where I deem appropriate. If you are a Gold sub then you won’t be seeing setups during that time – unless I see an opportunity I just can’t resist (it does happen). What I may do actually is to repost some favorite posts from the Evil Speculator archives. Some of you noobs and even a few of the regulars could definitely benefit from a little refresher course. Clearly the systems and the Zero ought to be running as usual. If there is a system related problem please email Mark over at Vankar. If the Zero blows up then email me but remember that I’m not sitting in front of the monitor all day, so it may take me a few hours to realize that there’s a problem. After all – I’m supposed to be relaxing (fat chance) and after having slaved away almost non-stop since early last year I think I do deserve a few days off 😉 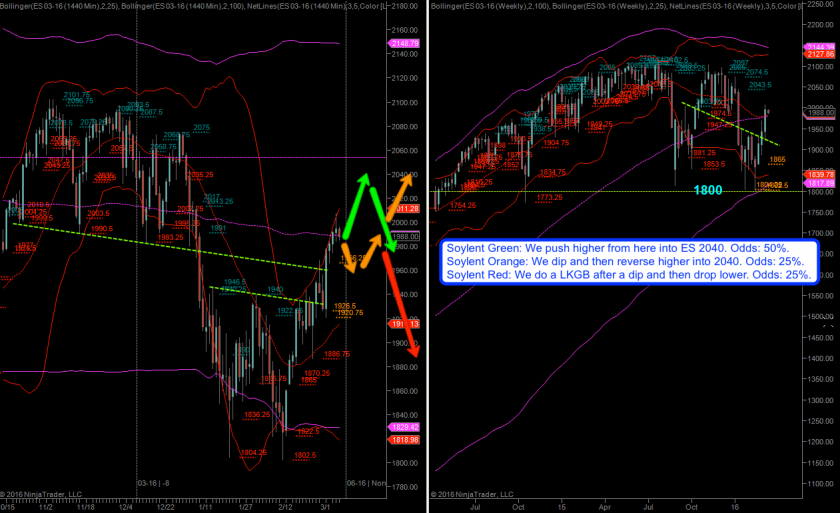 Now since the launch of Evil Speculator in 2008 a silly urban myth has been circulating that every time the Mole takes a vacation the market instantly heads lower. Quite frankly my hit rate thus far is probably more around 60/40 – I for sure don’t keep stats on silly notions like that. Although I did buy myself some insurance last week I think that the immediate downside scenario only deserves odds of about 25% at best right now. Given recent strength in equities it’s more likely we shake out a little here and then continue higher. Soylent Green shown above suggests a tiny or no correction followed by more upside, and Soylent Orange a last kiss goodbye of the old diagonal and then a launch higher into 2040.

Before I head out I wanted to post an update on some of our key symbols. 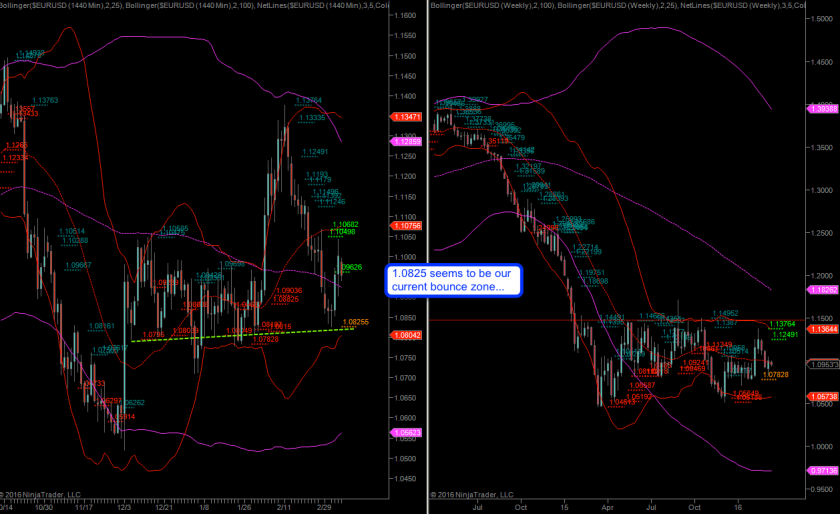 Let’s start with the EUR/USD. It’s been a volatile ride there and after a trending phase it seems that we’re now pushing into more volatility. And that means riding out campaigns will get a bit tougher. What seems clear is that it’s establishing a strong base near 1.08 and some change. Which is why every time I see it come down to there I’m cleaning out the local ATM religiously. And yes, it’s probably a good spot for placing long positions . 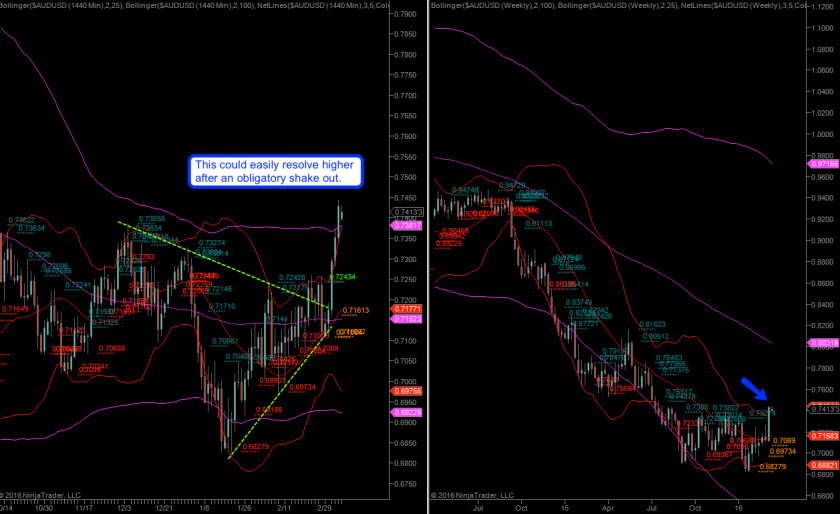 The AUD/USD however in full trending take no prisoners mode. After the upper 100-day BB was touched it’s safe to expect a bit of hemming and hawing here. However there is a good chance that this resolves higher in the end. So keep an eye on this for now and perhaps give it a week or so to shake out some weak hands.

On to the futures…

And that’s it for me for now. I’m heading out early tomorrow morning and have a lot of packing left to do. So I don’t expect to be around over the next 48 hours. I will post pictures and brief updates once we’ve safely arrived in Tenerife and are settled in our little mountain retreat.