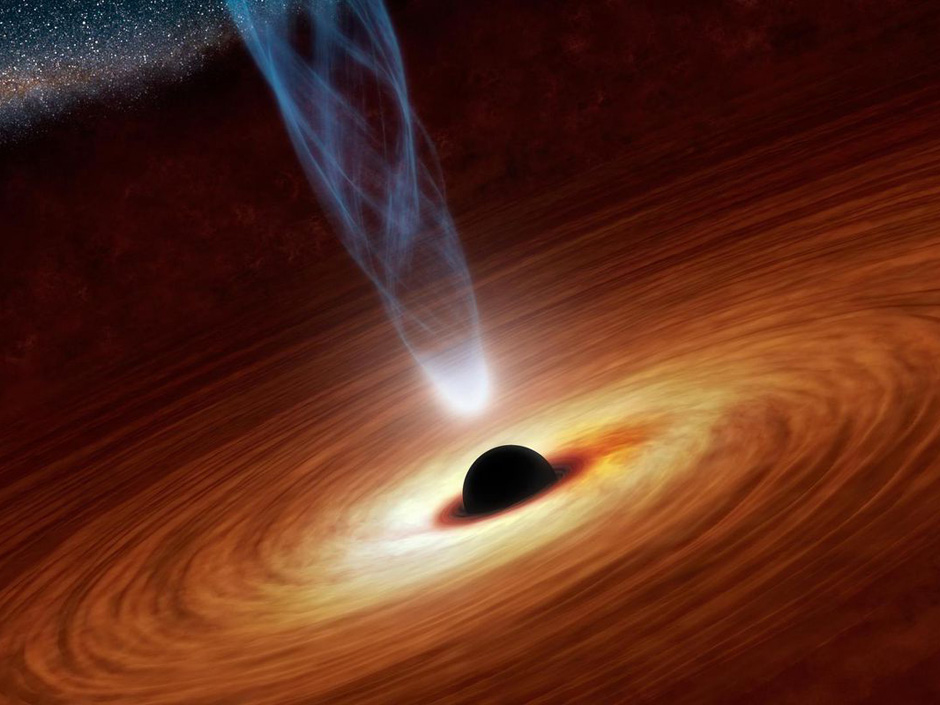 The S&P 500’s 2900 mark now beckons as the E-Mini futures already scraped the ES 2898 mark overnight. Fair value (PREM) is only 50 cents right now due to the looming roll over, which means this would roughly represent the SPX trading at 2897.50. As I already outlined last week, a breach above SPX 2900 almost guarantees continuation to the upside. That said, after five consecutive sessions higher an obligatory shake out session would not be uncharacteristic. 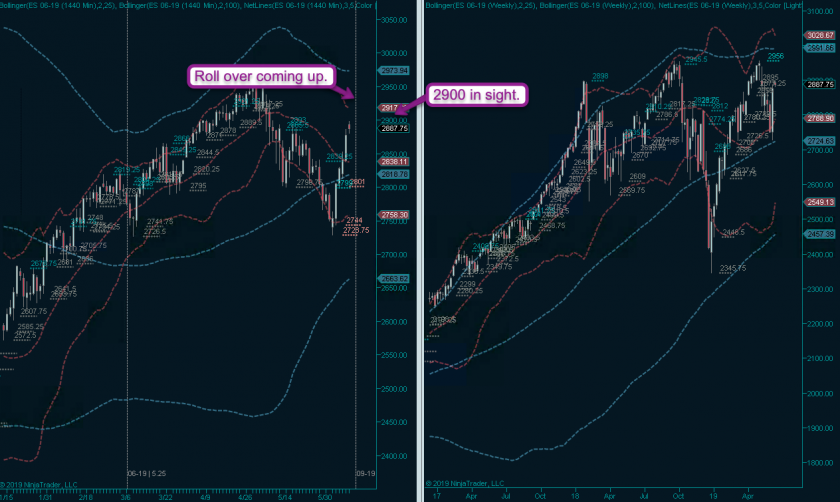 From a pure price action perspective we are looking at a low volatility rally higher that was launched by a snapback off the 100-week SMA. Compare the time and effort it took to descend from ES 2880 to the spike low at ES 2728.75 with how long it took to reverse back into ES 2880.

So on the surface that all seems fairly bullish, doesn’t it?

Yes and no. If I saw this type of price action in the midst of a medium term bullish cycle then I’d be buying every dip like a mad monkey. However the dirty little secret of bear market reversals is that they often come strong and hard and, just like last week’s advance, are devoid of downside days. 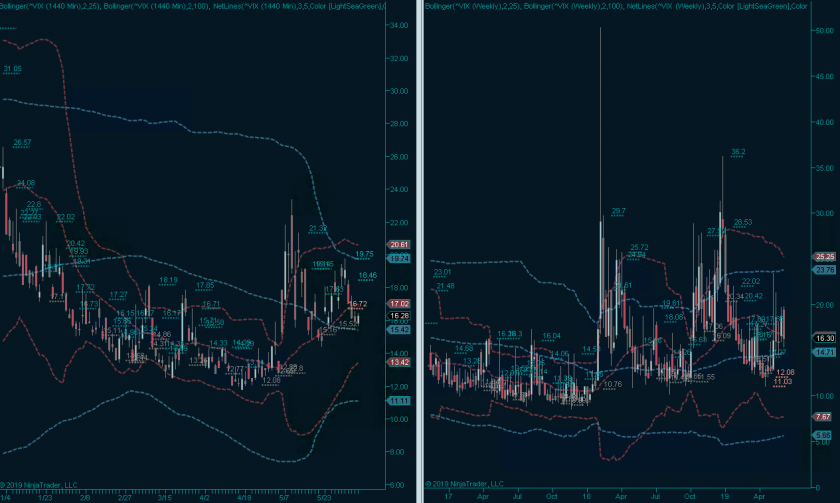 Implied volatility by definition represents the perception of market risk based on the collective pricing of options. As you may recall from previous posts I deem the VIX 15 to VIX 20 rang as ‘bulls are on notice’ territory. Anything above 20 is clearly bearish.

Since the beginning of 2018 we have seen a slow but steady rise in the 100-week SMA which started at around 12.5 and now has ascended to 14.3. The realized volatility of implied volatility (RV of IV) has oscillated through extremes and I already pointed out last week that the current cycle of market pessimism still looks incomplete.

Although I’m always very cautious to interpret the VIX like a regular price chart it seems to me that the 15 mark has now become an effective baseline for bearish take downs.

The bears are limping but they aren’t out of the game just yet. Although the juicy double top formation on the weekly panel has lost some of is luster it cannot yet be counted out. However a breach above SPX 2900 pretty much seals the fate of the medium term bearish scenario. 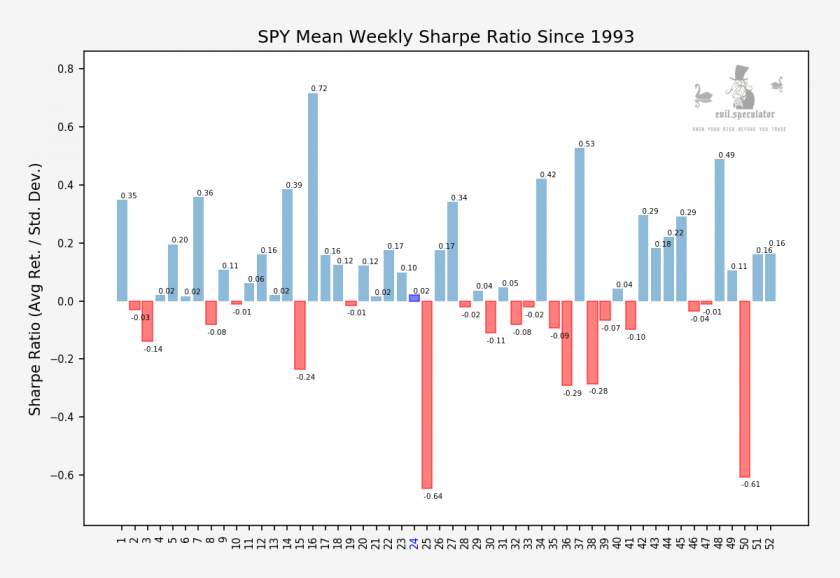 Which statistically would be rather interesting as the most bearish week of the year by far, historically speaking, begins next Monday. The bulls would be well advised to drive the ball beyond the line of scrimmage (i.e. SPX 2900) with time to spare. 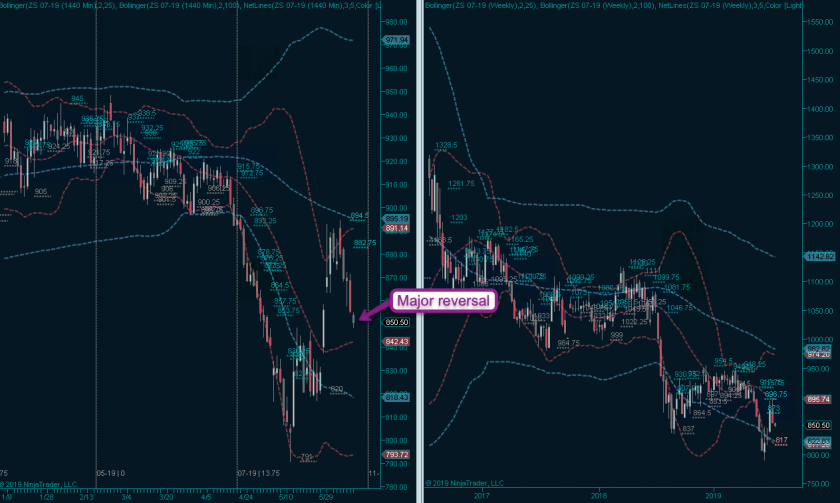 I am thrilled to see a major reversal in soybeans after a massive blast higher in late May. As it is a thinly traded market we are however well advised to wait for a convincing floor pattern before considering any long positions. 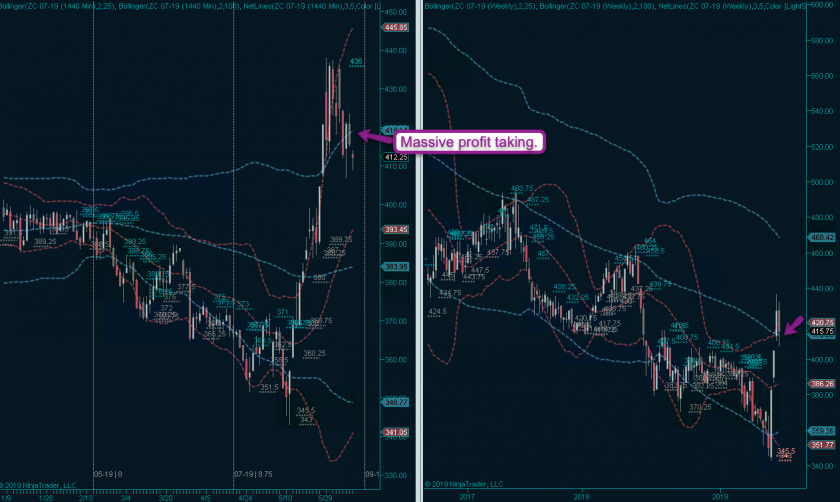 The reversal in corn looks like regular profit taking to me. After a push to its 100-week SMA off its lower 100-week BB in merely three sessions participants are trying to find out what to do next. 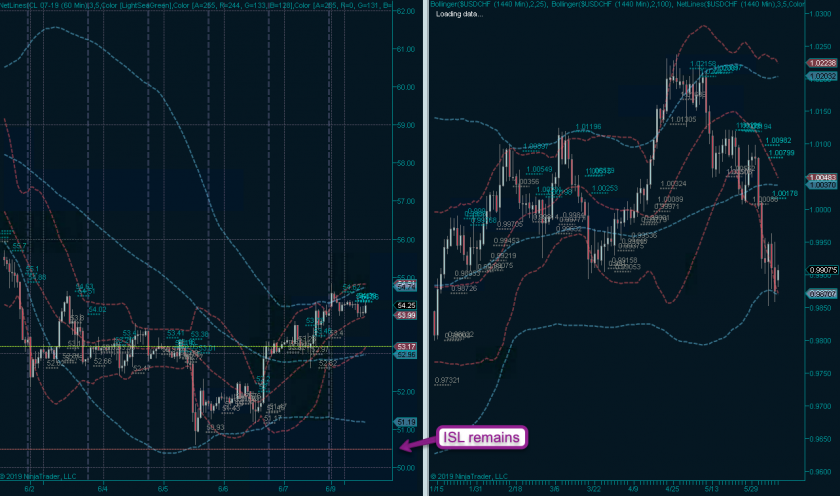 Our crude campaign is still looking good but it has not yet advanced far enough to justify advancing our ISL. 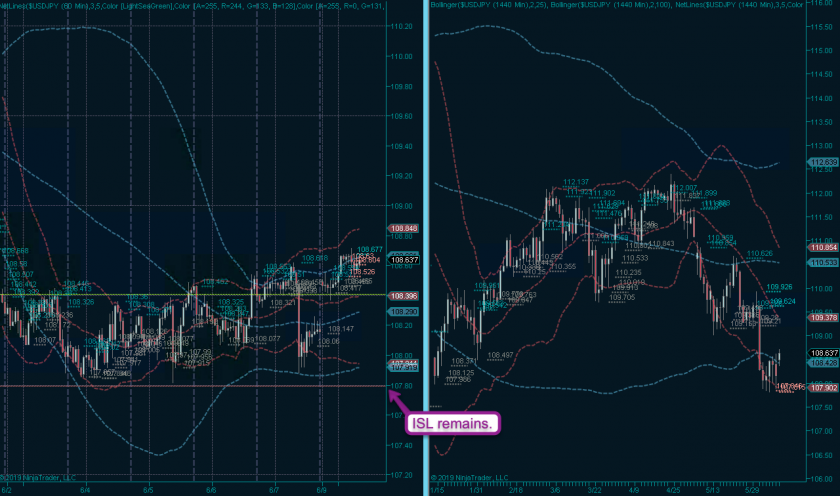 Almost an identical perspective on the USD/JPY. Similar formation on the daily panel as well. Very interesting! 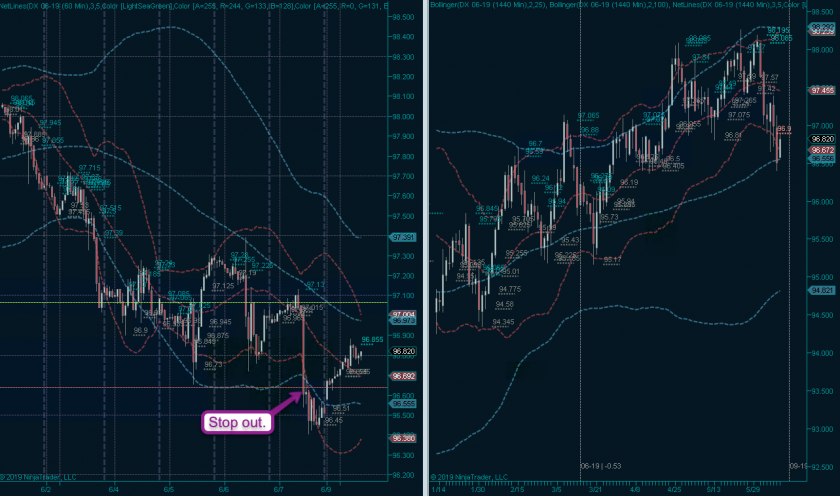 Apparently I was a bit too hasty with my DX entry and got stopped out with a vengeance. The current formation looks pretty juicy actually but since I’m already long the USD/JPY I’ll give it a miss. 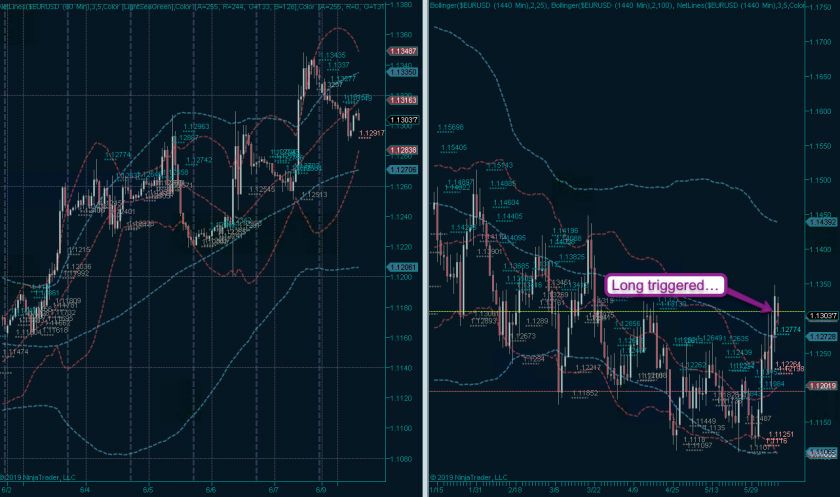 And finally much to my chagrin my long entry on the EUR/USD has been triggered. I really loath being long this thing but a breach of four spike highs puts this one on the road to more upside.

If you are new to the blog then you may be unaware that I’m an expat living in Spain, thus a low EUR exchange rate will always put a big smile on my face. Conversely trading EUR pairs always requires me to ignore my own emotions, which effectively renders it a control gauge of my self-control and emotional discipline.

As my buddy Scott put it so aptly the other day: The gold standard of trading is to hold your opinions lightly, and like a scientist, constantly try and disprove them.