As many of you are aware – evil.rat is in beta testing as of right now. Thus far everthing is going really smooth, which surprises me – it’s very rare to write a few thousand lines of code and not finding a bug. I did write a bunch of tests before I put it all together, but I’m sure something will turn up before Friday – or the second we go live! Murphy’s Law 😉 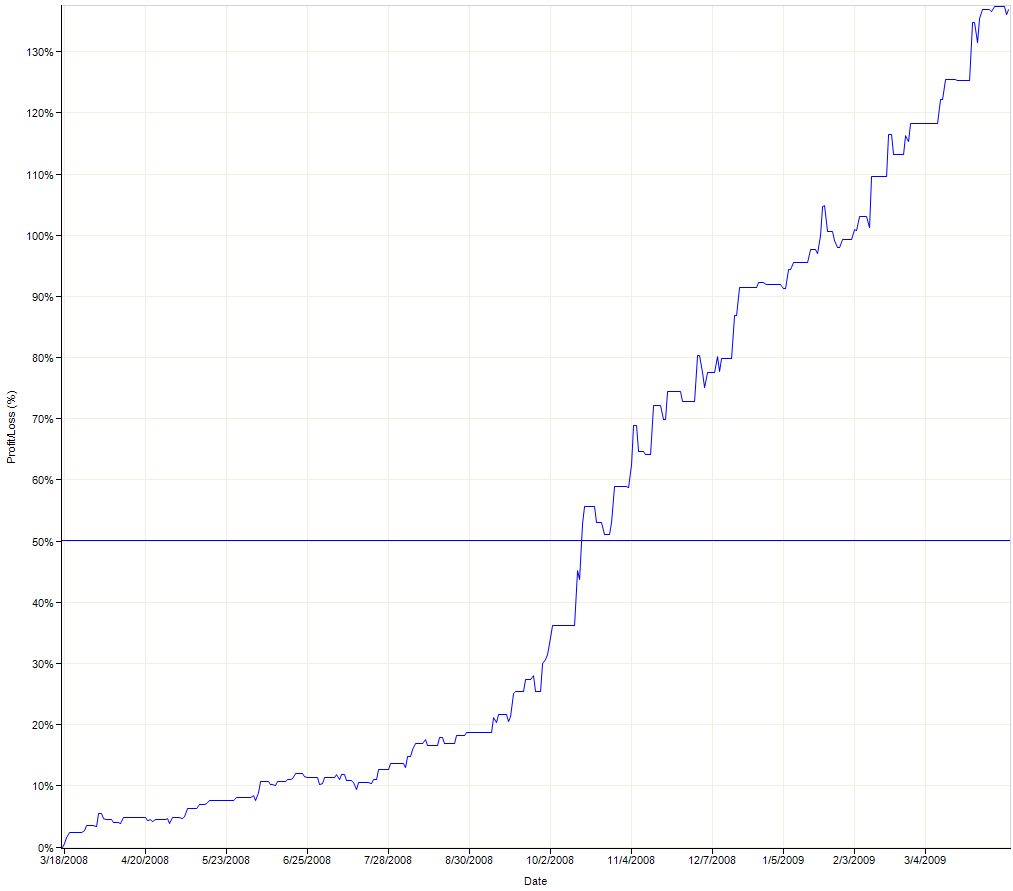 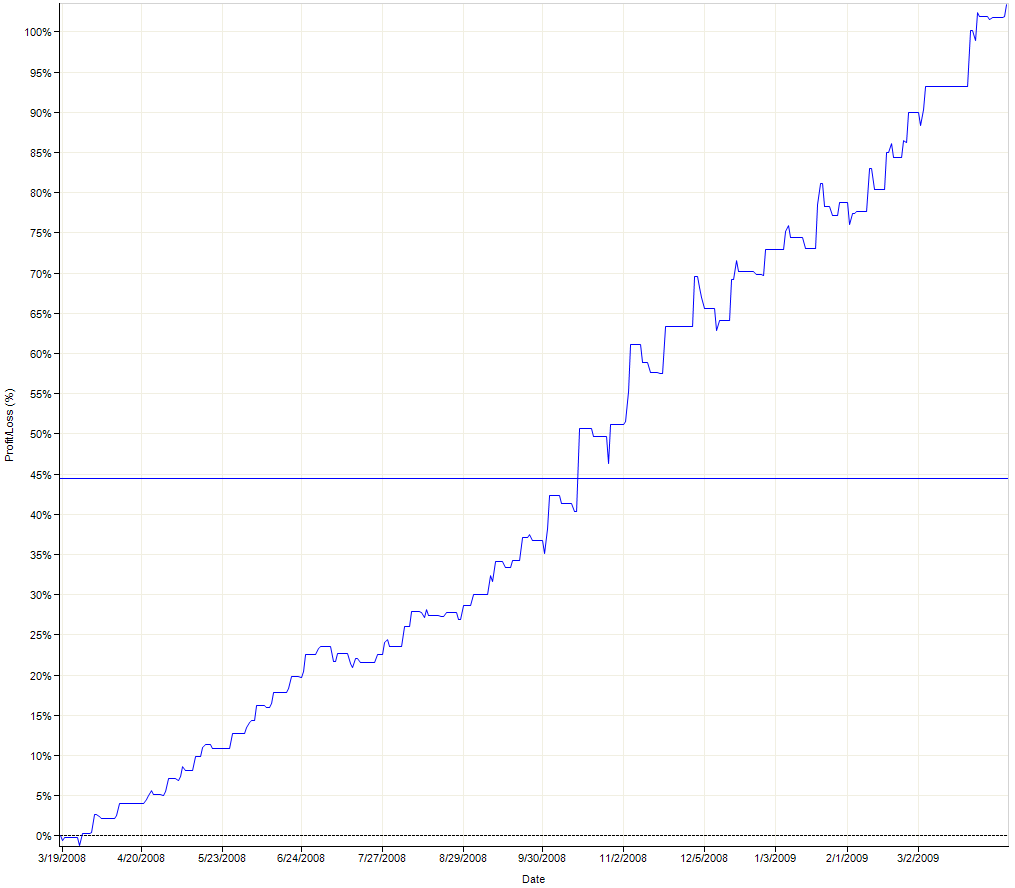 I just updated all the graphs for evil.rat/ES and evil.rat/NQ, which now are up-to-date until yesterday (April 7th, 2009). Please point your browser here for the entire updated tutorial plus the new performance graphs – you might like what you see as evil.rat/ES added almost $4k since March 27th. For the record, some of that is also due to a slight change in the exit timing – based on the current speed in delivery of the email/SMS alerts I was able to delay EOD exits until 3:58pm EDT. 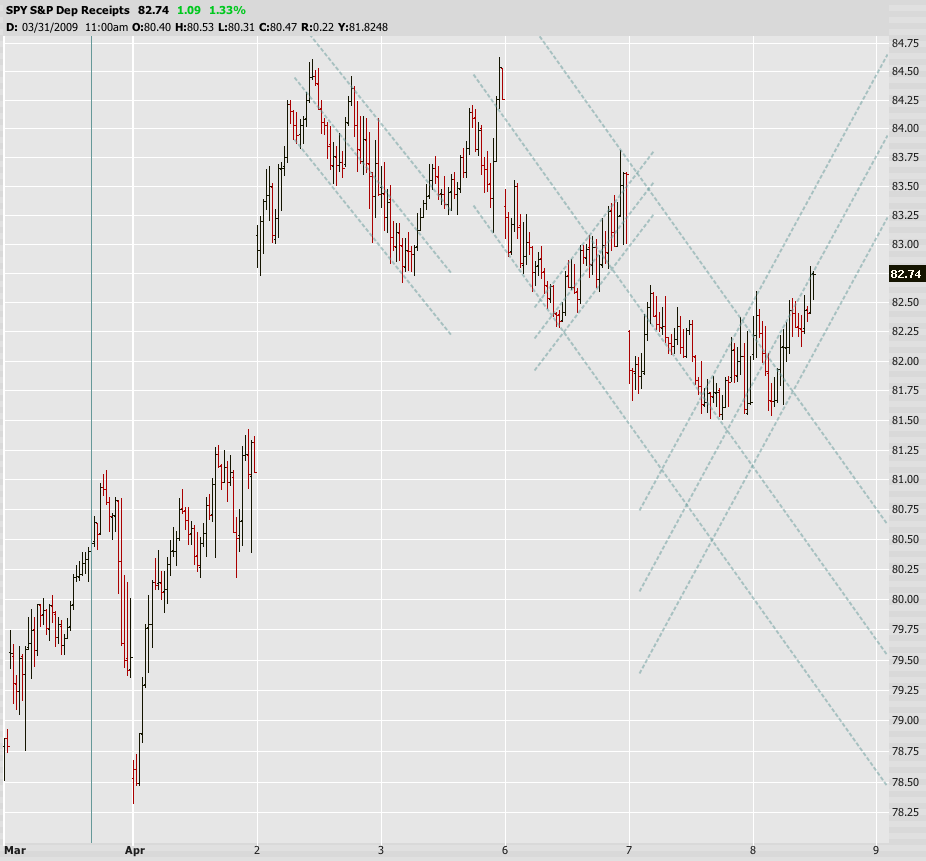 Here’s an updated channel chart for you rats. Spiders are painting new highs for the day but I don’t trust anything before the FOMC meeting notes announcement at 2:00pm EDT – we got one more hour to go. 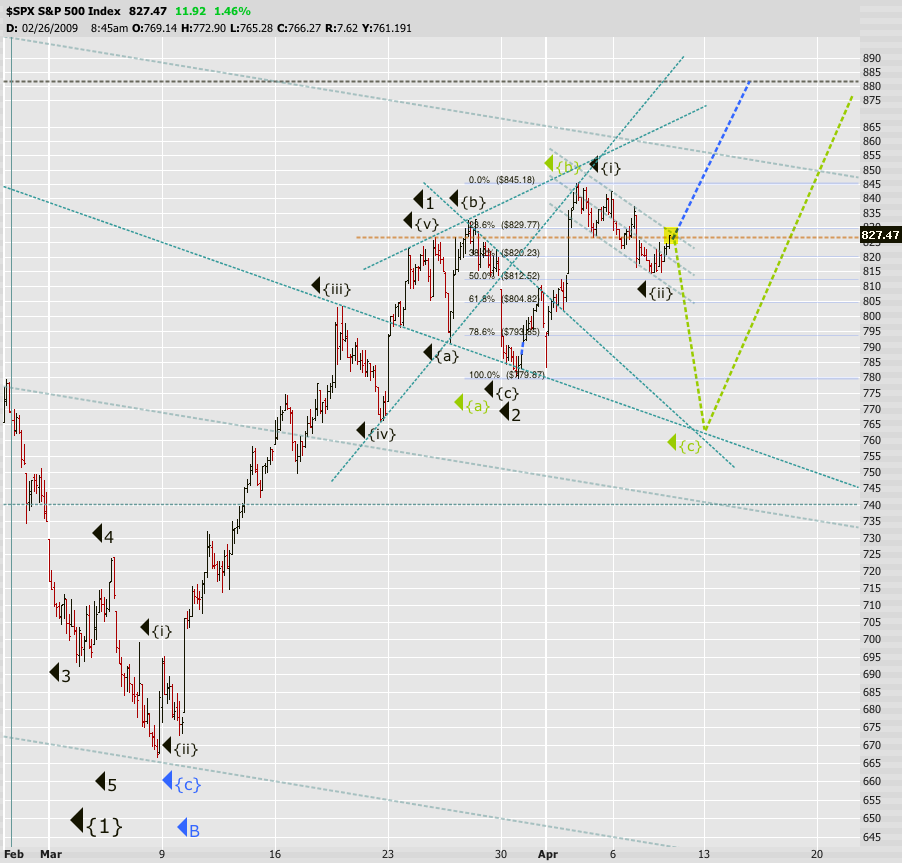 Talking about channels – the S&P 500 cash index is touching the upper boundary of its own weekly channel right now. If you are long you might want to take profits here and wait for instructions, especially ahead of the FOMC madness. Don’t count Mr. Green out just yet – maybe if we push outside that channel and breach 833.06 (the Monday high).

Zero is issuing great signals today though – despite the whipsaw – loving it.

UPDATE 2:07pm EDT: Always the same: Buy the rumor – sell the news 🙂 Anyway, here’s what being reported in the spin machine:

Under pressure from lawmakers and financial institutions, the Securities and Exchange Commission on Wednesday approved the release of five different proposals for reinstating the uptick rule, a provision that would limit short selling.

So, what – they’re kicking the can down the road? Whatever – I never trade ahead of FOMC notes, and in any case this was a complete yawner.