Eye Of The Volatility Storm 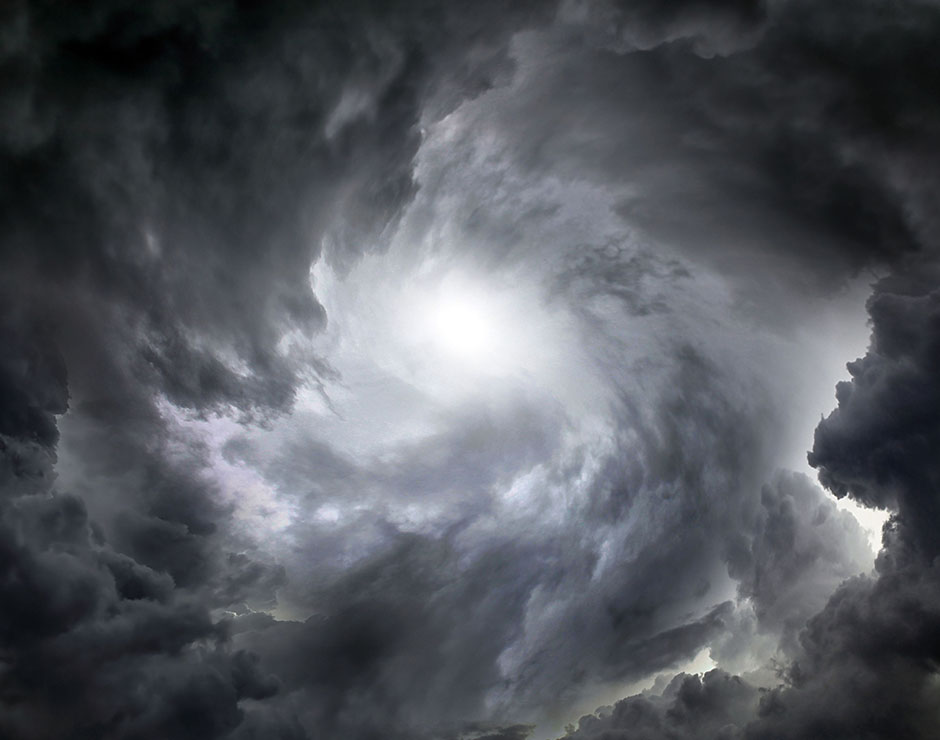 Welcome to the worst trading week of the year, at least historically speaking. I looked very hard but there really isn’t much good to say about week #39, which incidentally also marks the beginning of the fall season (starting tomorrow). At the same time however volatility (of the realized kind) is much subdued this week – in fact it’s the least volatile in all of September.

This may strike you as a bit odd but investor sentiment is usually delayed in that people in general have a disposition toward expecting more of what they just experienced. After all, you don’t see the mainstream media posting clickbait about earthquakes just out of the blue.

But they can’t stop talking about it after a big one just hit, despite the fact that the odds of another of the same magnitude happening anytime soon is usually very small. Admittedly I’m no expert on tectonic plate movements but after 20 years in the trading racket I do believe that I understand human nature fairly well. 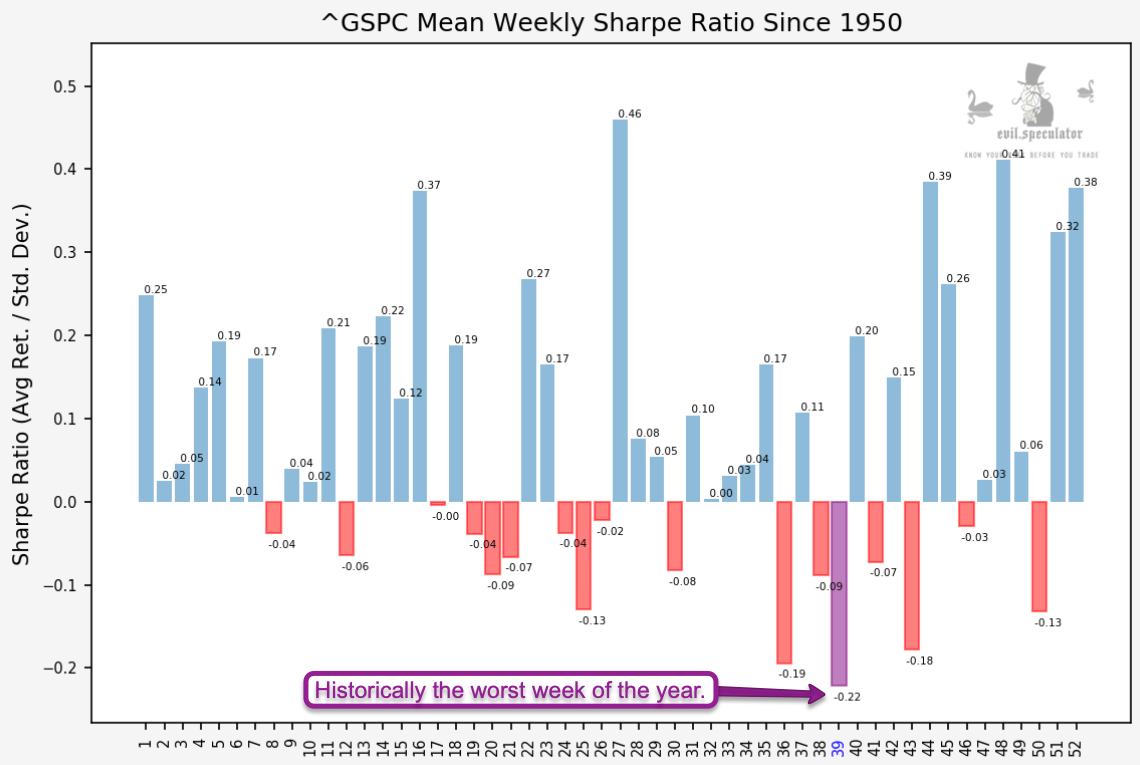 That in combination of tangible statistics and seasonal trends has done wonders when it came to keeping me out of harm’s way. Of course it’s not the holy grail but in combination with the ongoing trend I consider it a valuable tool in my trading arsenal.

What we’re looking at for week #39 is a negative Sharpe ratio of negative 0.22. Doesn’t sound like much but remember that this is averaged out over the course of 70 years. 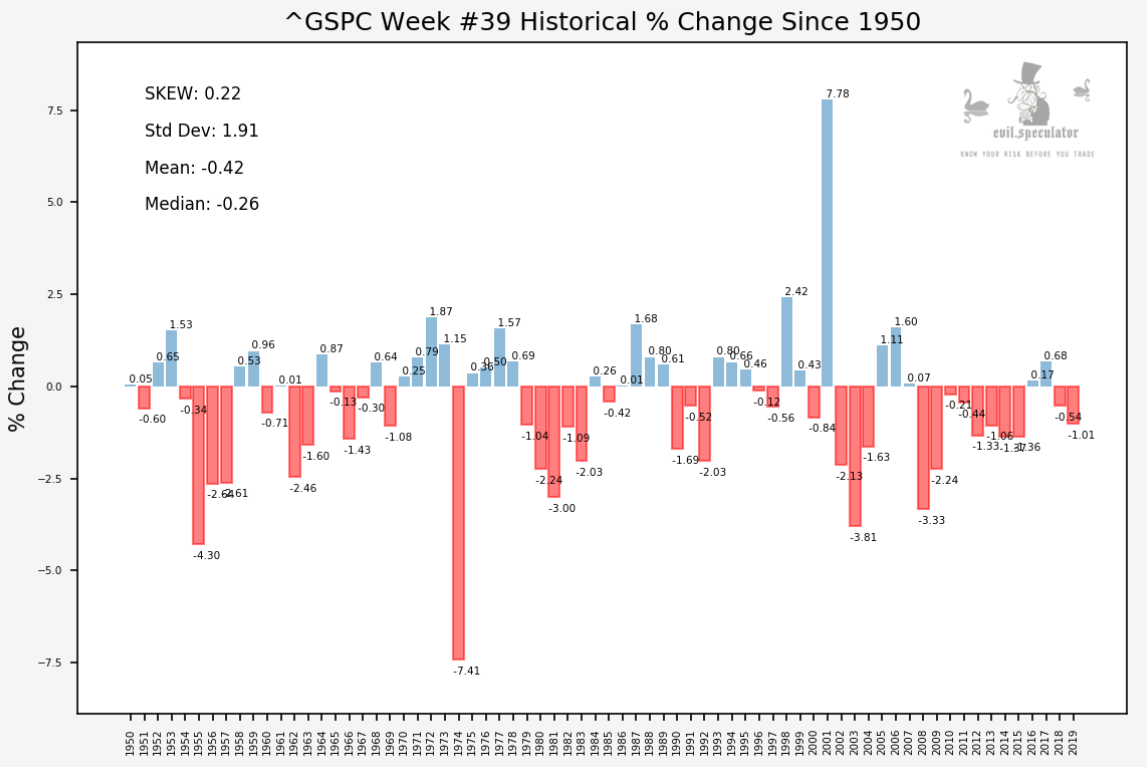 This how things look like if you actually plot all the entire dataset as percent change graph. I see one really awesome week (2001), a bunch of ‘meh’ weeks, and a lot of pretty bad weeks. 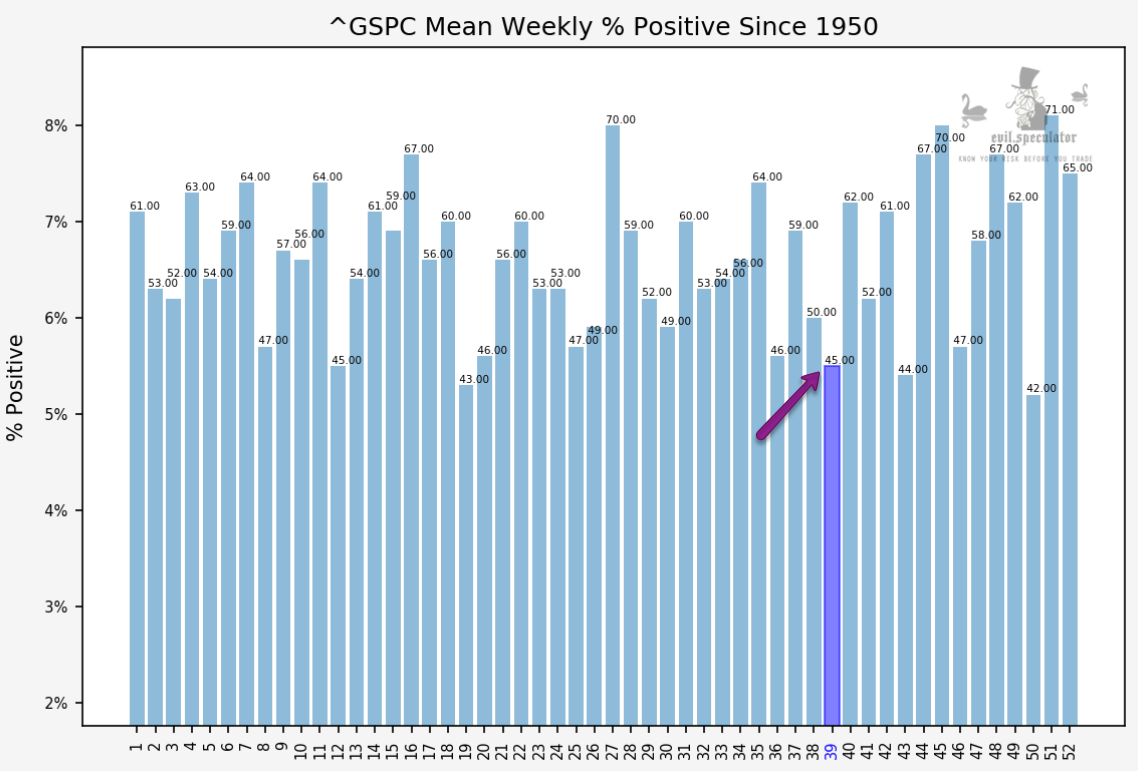 In fact on average week #39 only managed to eke out a positive close in 45% of all cases. In that regard it’s the 4th worst week of the year along with week #12. 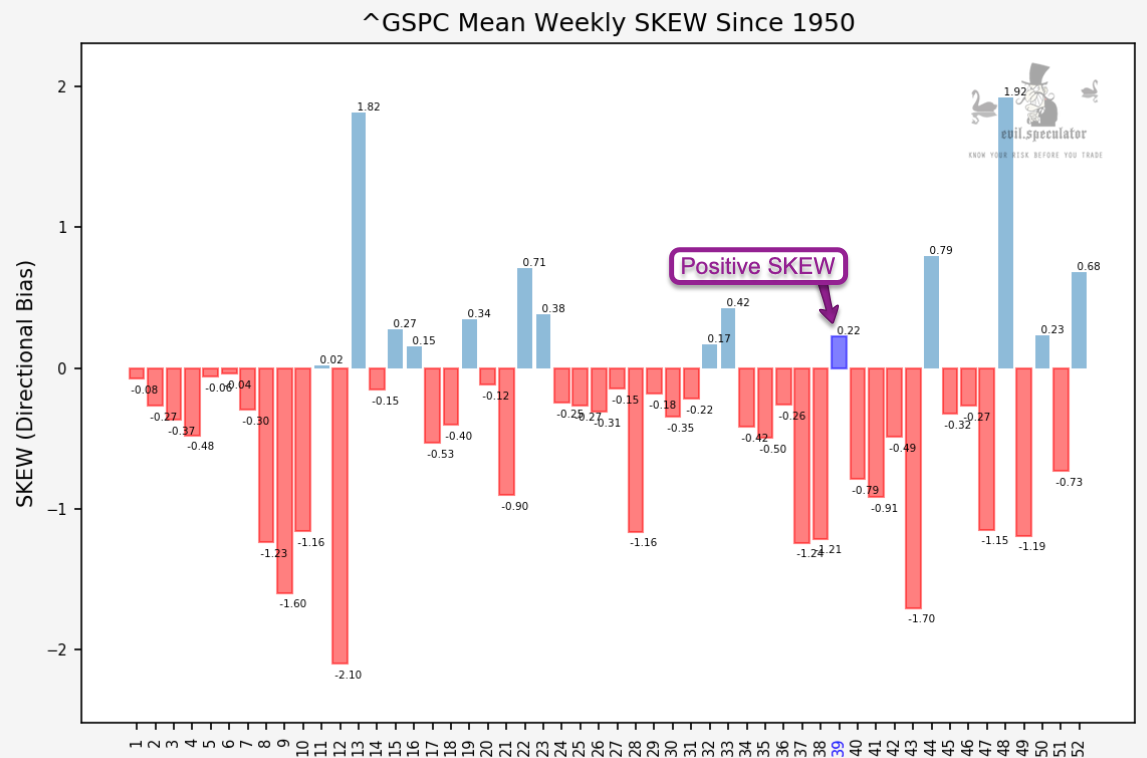 SKEW for this week is positive in that the negatives heavily dominate the dataset. 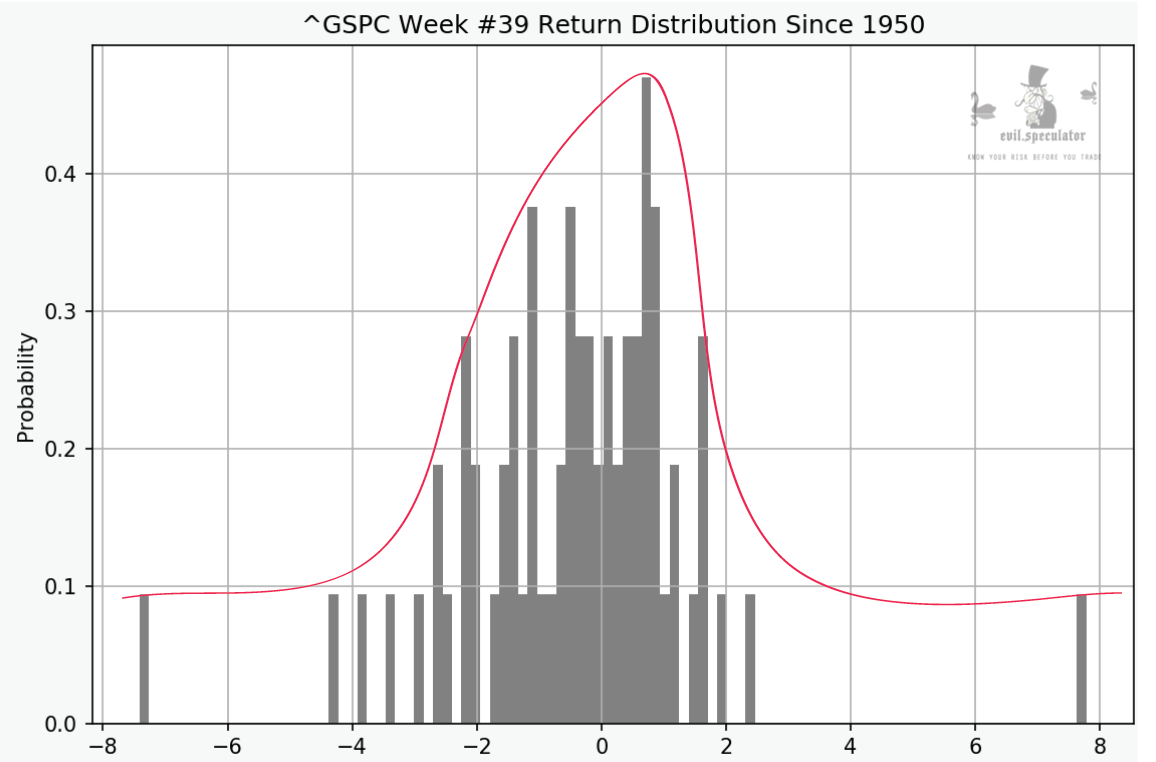 The return distribution makes this a bit more clear and I’ve also drawn a line to drive home that point.

Clearly the median is to the left of the mean – worse yet it’s dominated by negative closes.

Now in my intro I was talking about entering the ‘eye of the storm’ and that’s the only piece of good news I am able to report: