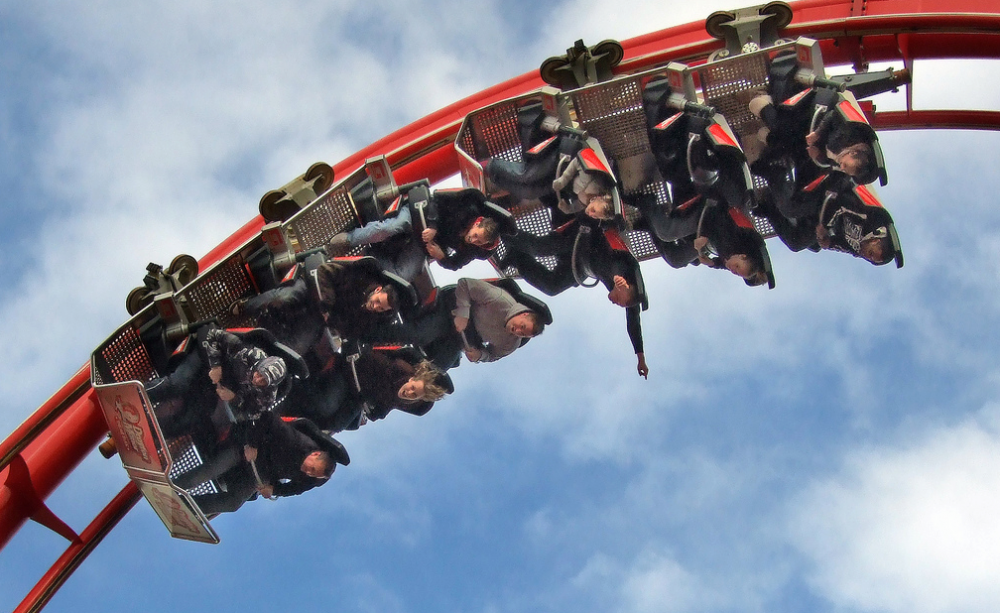 Equities have been steadily heading higher overnight and our ES long campaign just touched its trailing stop at 2.67R, thus converting paper profits into more ill-gotten market gains. Yes, that’s how we roll here at Evil Speculator. Having filled my coffers rather nicely this week (see the ‘current campaigns’ widget to your right, which features live charts of a few of them) I decided to skip hunting setups today and instead focus my time on a much overdue momo update. 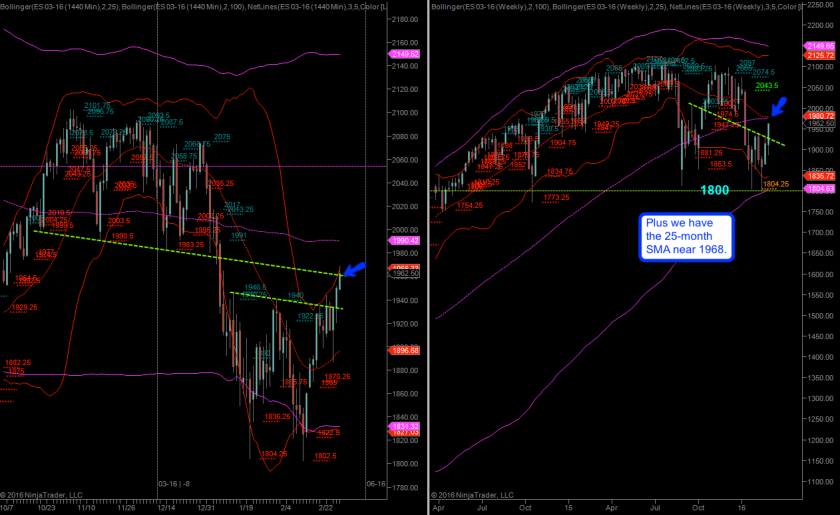 Let’s start with the one indicator of truth which rules them all – price. With the first hurdle near ES 1930 now behind us we are now approaching the critical price cluster between ES 1960 and the 2k mark. To say that I am excited to see this scenario play out would be an understatement.

The most salient technical resistance levels remain the 100-day SMA near 1990 backed up by both the 100-week and 25-week SMAs near 1980. Not shown on this chart is the 25-month SMA near 1968 which we already scraped earlier this morning. So that presents us with a stack of hurdles separated by roughly 10 handles. 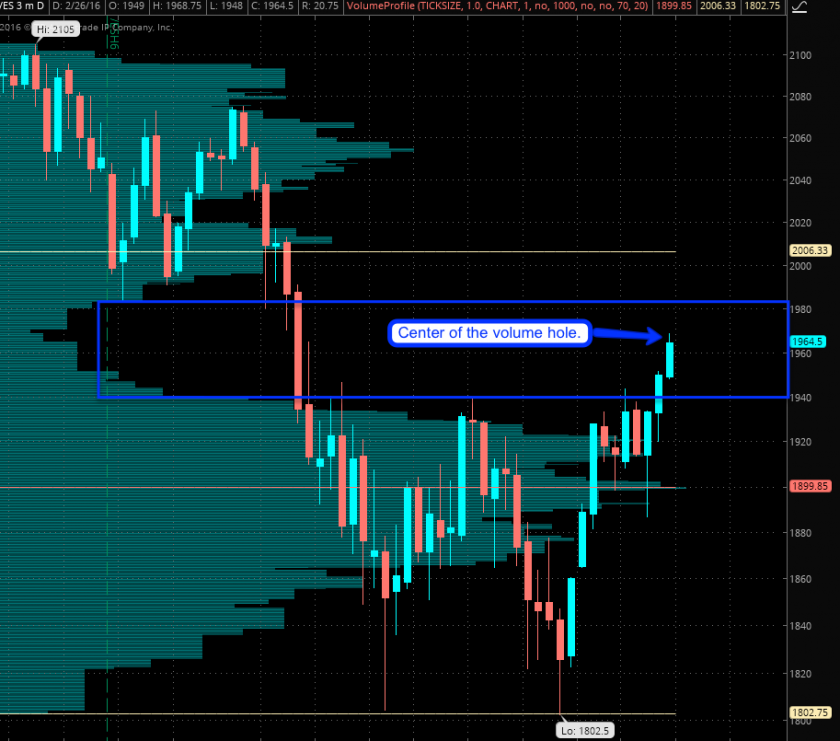 We’re seeing quite a bit of acceleration within the center of the volume hole and I’m not surprised that much of the current move happened overnight. I expect a bit more hemming and hawing today during the session with a possible push further Sunday night. Alright, so let’s get to the good stuff: 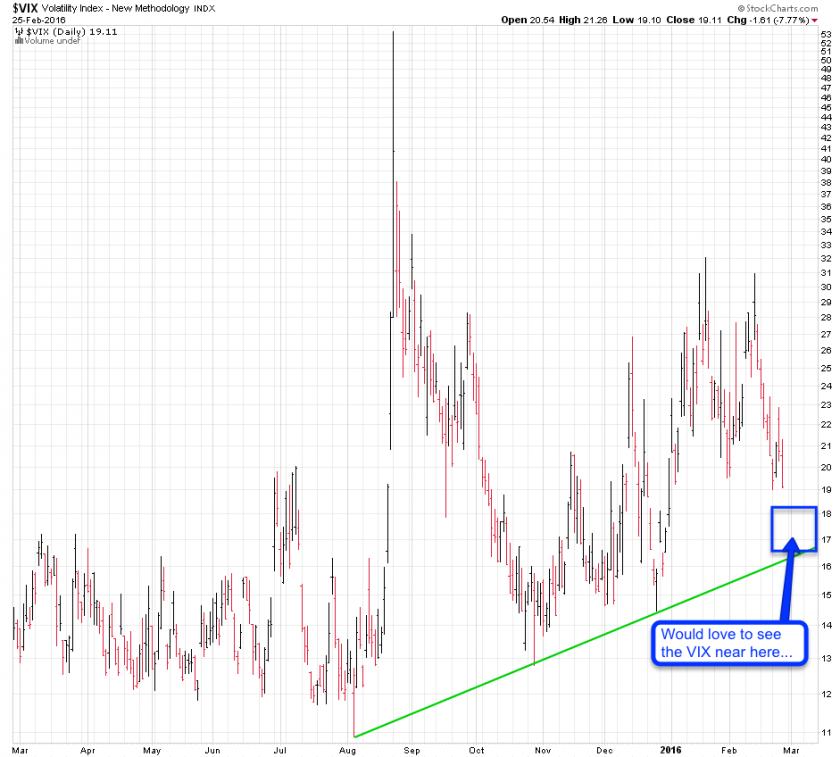 Two days ago we talked about the volatility smile and SKEW, which rightly warned us about the possibility of a bear trap. The more commonly known VIX is now heading lower and ideally I would like to see it drop toward the 17 to 18 mark. 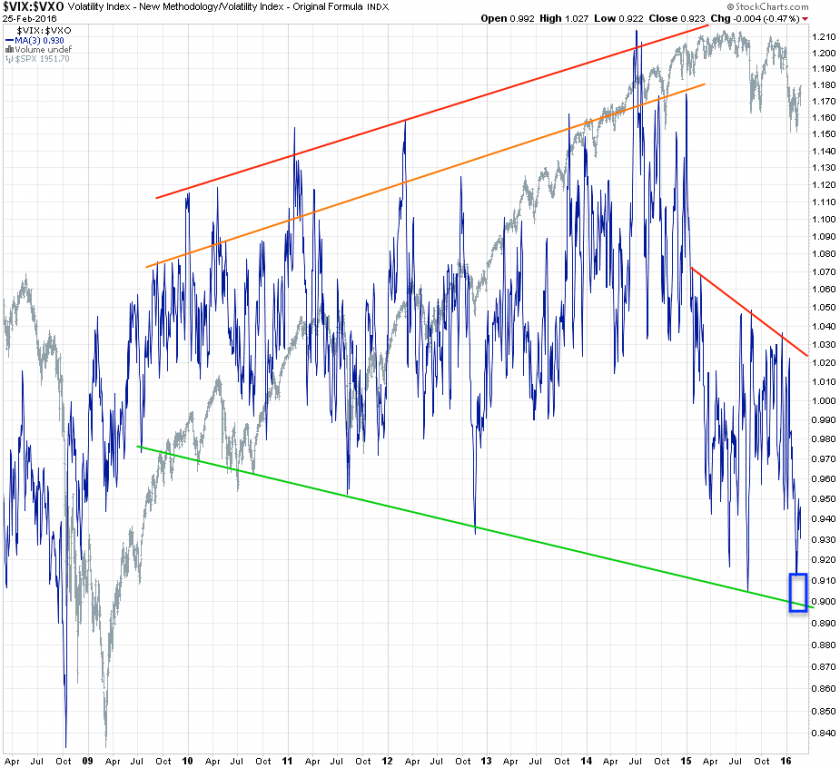 Getting a bit more fancy here’s one of my favorite volatility ratio, the VIX:VXO ratio. If you’re unfamiliar with the VXO, I have covered it on this blog many times, so go back to those posts to elucidate the difference between those two. In a nutshell – the VXO represents the ‘old VIX’ and as such focuses only on near the money strikes. If you think about the implications for a moment – to compare NTM strikes with a wider range of strikes (within a 30 day cycle comprised of VIN and VIF – we’ll cover that some other time) tells us a bit about the risk perception of market makers. As you divide the VIX by the VXO a drop in the ratio means that the latter component is gaining, thus reducing the product of the division. Either that or the former component is rising against the latter. Per the former scenario a drop in the ratio is usually accompanied by a higher risk assumption in regards to out-the-money (OTM) strikes.

What caught my attention here is the fact that this ratio didn’t drop all the way toward a now pretty firmly established LT support level which now has dropped to 0.9. Now I concede that we were only 10 basis points away but it led me to the next chart, which is a lot more important: 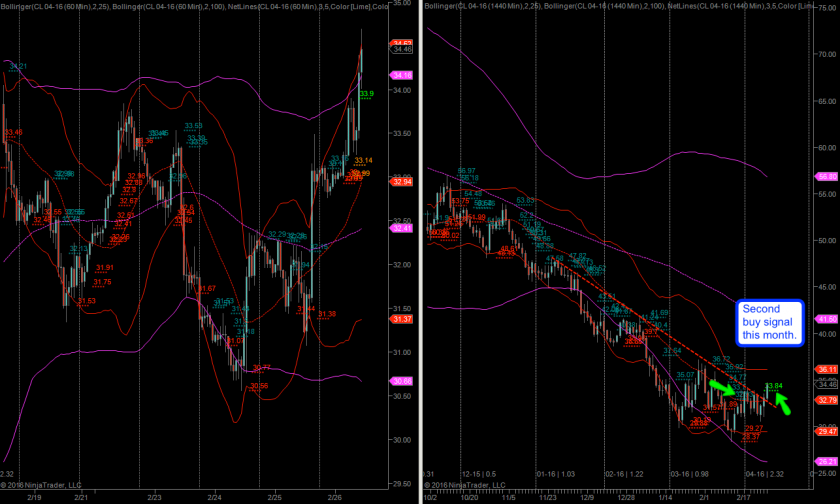 Crude by the way just pushed itself above an important inflection point as it’s trading above a daily Net-Line Buy Level. IF it can push above 34 and hold above it then we could become witness to the mother of all historic short squeezes. I would very much like to grab a seat on that bus, so let’s hope it’ll be inclined to bestow us with a LKGB touch lower before it takes off. Yes, taking out short positions here has pretty decent odds as well but keep your position sizes small and don’t use limit orders for your stops. 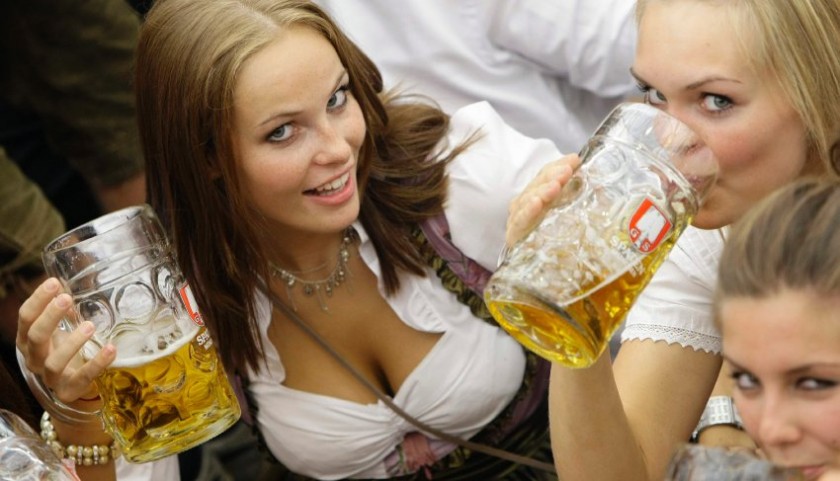 That’s it for me this week. Here’s big a toast to all of you readers and contributors who have been leaving some very impressive commentary as of late. You are making me very proud. Enjoy your weekend!