Mole On The Move

An important requirement for surviving as a trader, professionally and even if you are active only on a part time basis, is that you monitor your own mental and physical state very closely. That includes establishing some sort of baseline which of course varies widely from one person to another. You may be naturally resilient or you may be someone who blows up quickly, or perhaps you are somewhere in between. But no matter your personal traits a common experience we all come across sooner or later in our trading career is that we hit some kind of wall. 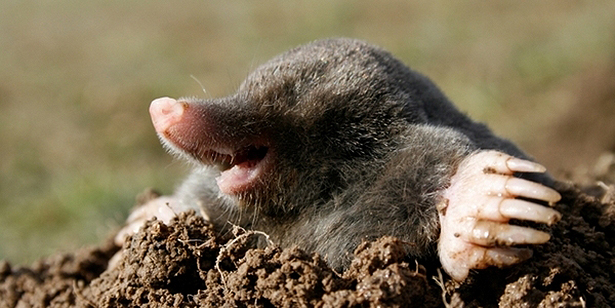 It may happen during a draw down period, or maybe you have personal problems that affect your trading. Your family may be discouraging you from continuing after some losses. You may be sick – your wife may be sick – perhaps there is stress or tensions at work. Obviously life has a myriad of ways to throw a monkey wrench into what already is a high stress activity during the best of times. For me personally I have walked through many a dark valleys over the years and always managed to come out the other end relatively unscathed. I’m happy to say that I can sit through losses and bad periods and generally keep a pretty keen profile. I was lucky not having to deal with any major health issues but of course as I’m getting older that could change rapidly. But I have to concede that like all of you I’m not invincible. Even the mighty Mole has his limits.

An interesting aspect of my rather Germanic analytic nature has always been an ability to anticipate problems/issues and work toward avoiding or at least mitigating them. It doesn’t always work out the way I planned but I think that I managed to skid by some rather dark periods by preparing for them in advance. A major benefit of running this blog is that I am able to correspond with many fellow traders which is actually a rarity in what is commonly a rather lonely and heartless profession. Perhaps that is actually one of the main reasons why I have kept this place alive all these years. And during that time I have seen many of your suffer a great deal – sometimes at the hand of the market of course and quite often simply because life happens and none us remain unscathed. Quite more often than I care for I have heard about people dying – in the past few years some readers actually experienced several deaths in their immediate family. I also suspect that some readers themselves died. Of course none of them will give you a heads-up beforehand but there were a few very prolific ones that suddenly disappeared from one day to the other. That doesn’t usually happen unless something dramatic presents itself. Several folks lost their house – one due to fire (arson) and a few courtesy to our friends in the banking industry. Try to come back to trading after going through something like that – it’s a rather sobering (and humbling) experience.

Some of you here come from an economic background and you may recall that economic models are affected by endogenous and exogenous variables. Endogenous variables depend on other variables – they are determined inside your model. Exogenous variables do not depend on anything inside your model, they come from the outside of the model. In trading we are dealing with many exogenous variables on a daily basis and that is usually what we are all focused on. Most of the things we usually care about are things outside of our own immediate control and how to respond to them inside our own model (i.e. our trading systems and of course ourselves) – some call that risk control. The problem is that successful trading is only 40% risk control and 60% self control. The risk control portion is 1/2 money management and the other 1/2 market analysis. So market analysis is really only about 20% of successful trading. Yet the majority of traders are mostly concerned about market analysis (that’s in part why you are here – controlling exogenous variables) whilst mostly avoiding self control. As Van Tharp puts it so aptly: To become successful, traders need to invert their priorities. It’s mostly about self control.

So at some point earlier today I suddenly realized that may be close to hitting my personal wall. It’s the little things that sometimes provide important hints – for instance I left a cattle of tea on the stove for an hour and Mrs. Evil found it almost glowing red hot. I’m usually not in the habit of burning down my house (remember, very methodic) and that was not something I usually let happen. As I was pondering about this I suddenly realized that I had managed to knock something over three days in a row – and frankly I’m also not exactly a clumsy person. Remember what I told you about your personal baseline? Well, when you see things happen around you that usually do not happen then it may just be you who is the cause. There may be endogenous factors you may not be willing to accept, but they are present. In more simple terms – if you find yourself mentally or perhaps physically exhausted you should take notice as these are factors that will affect your trading, like it or not!

So my point is that we all are human beings and even the most callous of steel rats will at some point come across his/her own breaking point. My own Achilles’ Heel has always been my inability to step away and do nothing for a while. I often let out that I’ve worked through yet another weekend coding this or that or perhaps I was working on some other trading related activity. I’m a perfectionist and I really enjoy what I do. And if you’re having fun there are never enough hours in the day to get it all done, right? Add to that an active blogging schedule, providing and maintaining subscriber services, my own personal trading, new development projects, refactoring old one, etc. and you get a general idea of why I usually spend 12-14 hours a day plugging away.

Some of you remember when I announced Evil Speculator 2.0 sometimes in 2010 after a few days of soul searching. We have come a long and arduous way since then and I am very proud of the progress we managed to make despite the fact that many of us fell by the wayside. There are literally hundreds of (virtual) faces I remember – many of which have retired from trading since or somehow shaken out. The few who survived the journey are better for it today and that is how it has to be, as becoming a successful trader is a bit like becoming a Navy Seal. If you were ever in the service you may hear yourself laughing right now but I’m dead serious. Just like becoming a seal, trading is a profession aspired by many but accomplished by only a few. It takes quite a lot sacrifice, courage, and pain – on the trading side perhaps not in a physical sense but aspiring participants will encounter at least the same amount of mental and emotional torture over the years. Thus it remains relegated to only a few – actually the attrition rate for BUDS training is reported to be somewhere around 80%. Well, I can confidently say that on the trading side it is probably closer to 95% and I’m probably being optimistic there.

Now in summary –  I recently started to realize that I may not be in the best mental state and that the accumulation of stress and long hours may have taken their toll over the past two years. From a professional and personal perspective that is simply not acceptable as it may lead to losses and eventual burn out. So it’s time to take a step back so that I’m ready to make greater strides upon my return. After all I have big plans for Evil Speculator as we just re-launched Heisenberg, which should keep us very busy for the remainder of the year and beyond.

I shared some of my sentiment with Scott today and he basically ordered me to drop everything I do and to not show my face until next Monday. He didn’t threaten me physically but knowing the guy I’m not willing to test my luck. So this is how it’ll go – for the remainder of the week Scott is going to carry the torch here posting at least once every day. If you are a fan of his work (many of you are) then rejoice because you’re getting almost a whole week of it. In the meantime I’ll be recharging my batteries and hopefully return as the lean mean market megalomaniac you all have come to tolerate (maybe even appreciate) over the years. All regular subscriber services will continue as usual and if there’s a problem then just email me as I will be bringing my iTampon. But don’t expect an immediate response – 24 hours unless it’s an absolute emergency.

So see you all next Monday – I trust you are in good hands until then. Have fun but keep it frosty.