This will be my last long term update for this year and as such let’s revisit some of our trusted point & figure charts. I must say they all have been rather lovely companions all through 2012 and I expect to keep this tradition alive in the coming year as well. Despite recent gyrations the medium to long term picture continues to be positive on the equities side: 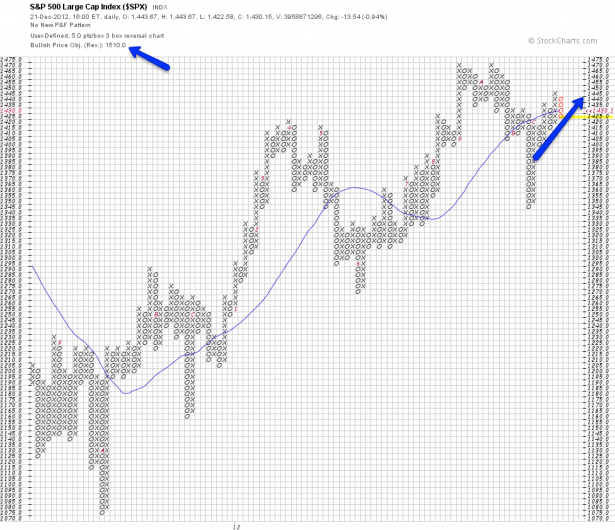 For several weeks now our bullish price objective has been 1510 and I think as long as that diagonal support line on the P&F holds up the prospect of new highs remains in play. A drop through 1420 may trigger a shake out and would probably reverse the bullish price objective. This leaves us with a 30 handle range (1420 – 1450) between our long and short trigger. Once again we must appreciate how our P&F chart remains a concise and simple guide through the fiscal cliff pandemonium. 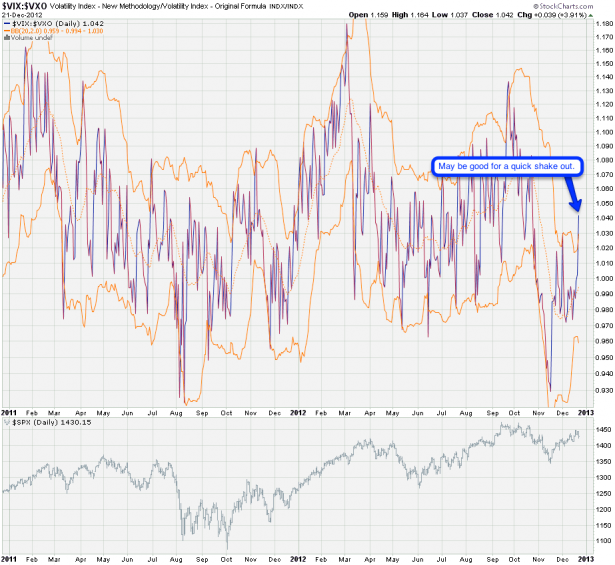 Nevertheless the VIX:VXO ratio spiked above its 2.0 Bollinger on Friday. So it’s possible we may see another retest of the 100-day SMA on the SPX (conveniently located at 1419.15 – near our P&F downside trigger). If it happens then we should see things slide Monday or Wednesday. Anything beyond that and I’ll strike it up to pre-X-Mas anomaly. Admittedly it’s really tough to make educated assessments once participation starts to diminish in mid December. 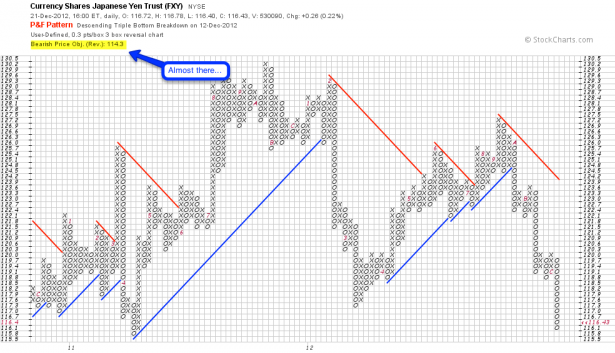 FXY – a few weeks ago that bearish price objective of 114 and change seemed almost outlandish. But we’re almost there now and I would recommend that you start scaling out of any short positions. If I see a reason to get long I will report it here of course. 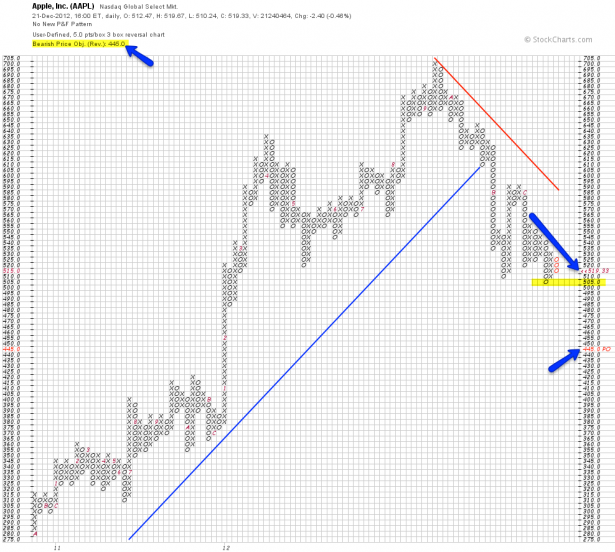 AAPL – also remaining stubborn about that 445 bearish price objective. As you can see there is a diagonal resistance line it has been failing thus far and a drop through the 505 mark ought to accelerate things to the downside. 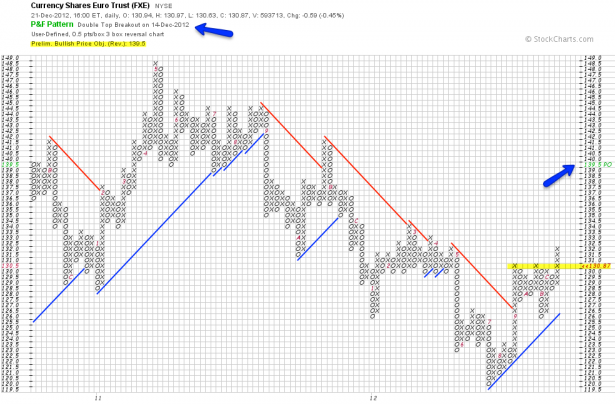 The FXE switched to a bullish PO of 139.5 (scary) on December 14th when it painted a double top breakout. As you can imagine I am not pleased at all as I live in Spain now and this is literally going to crush my exchange rate.

Crude has been boxed in for almost two months now. Which of course is an opportunity to become active once we either breach 86 or 90 – a mere four handle range. The bullish price objective of 99 is still in play as well, so set your clocks! 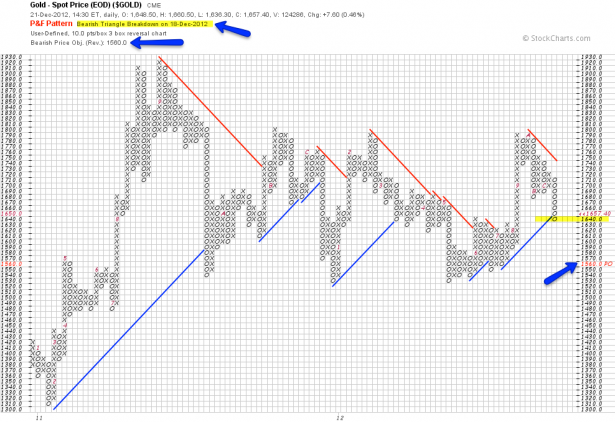 Gold now literally facing the abyss as this diagonal support line is what stands in the way of its bearish price objective of 1580. A drop below 1640 should get us there. Gold has been on our death watch for weeks now but the bearish triangle breakdown it triggered on the 18th took things to the next level. 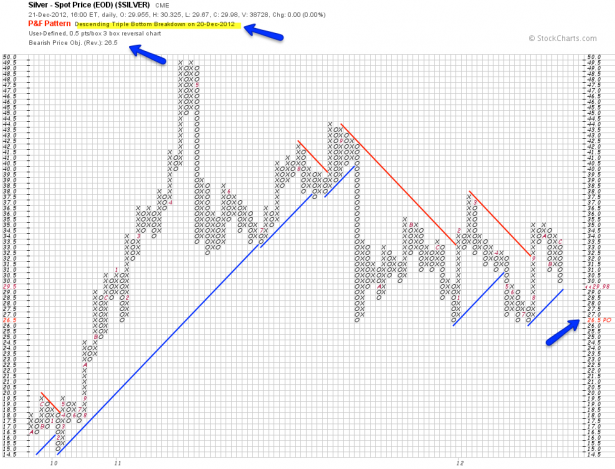 Silver is looking similarly cranky right now. It triggered a descending triple bottom breakdown last Thursday and if it plunges through the psychologically important 30 mark then I think 26.5 is is pretty much baked in. The precious metals bugs don’t seem to get a break these days but that’s a good thing. I told you guys months ago that gold/silver were going exponential and the pain incurred since then has shaken out many of the weak hands. Once we approach the horizontal support lines on both gold and silver then I think we may get a nifty buying opportunity to slip into some comfy longs.