Back in early March I suggested the period looming ahead would be an extremely difficult and trying time for the bears. After a violent sell off stretching more than 500 days some very basic rules defined in Elliott Wave Theory suggested that a complex and extended correction was ahead, which is why I was not looking forward to 2009 – I knew it would be tough. Of course what we got did more than live up to its expectations and this bear market rally retracing more than 60% will surely be remembered by generations of traders.

As I am mostly an options trader I did not see a huge opportunity trading the market up in early March and April. As some of you remember the options market was completely shot to hell at that time – you could have driven a truck through some of those bid/ask spreads, volatility was sky high, and unless you loaded up on vertical spreads or focused on far ITM options a drop in vega would have wiped out most of your profits. I personally thought that DJI 10,000 was a real possibility (go and check my March 9th post) and decided to wait things out. Of course little did I know that the whole affair would stretch out for 9 months. And we might not be done just yet. 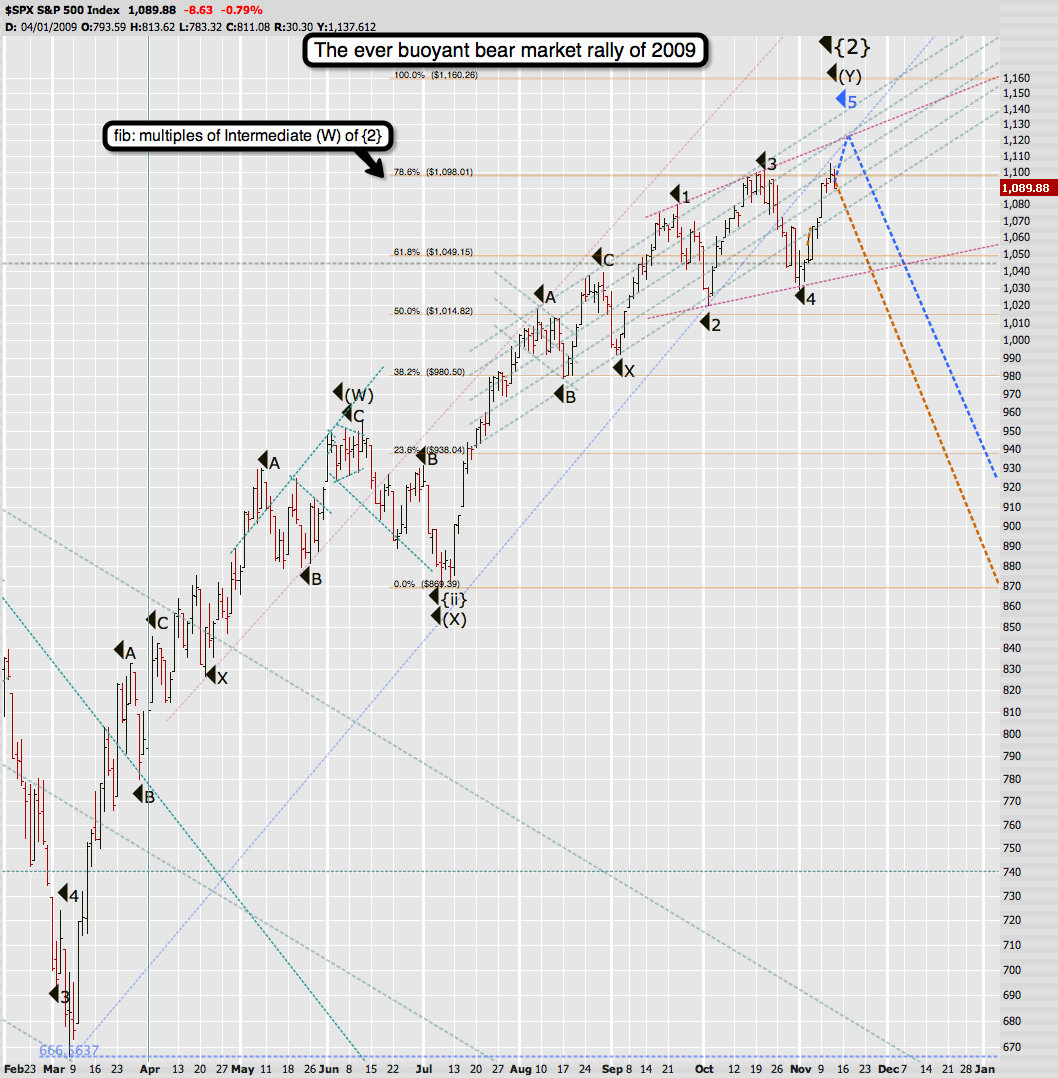 At this stage there is a good chance that we might be completing the 5th wave of an rising ending expanding diagonal – a very rare beast in terms of occurrences when counting waves but also a very powerful one. Let me quote Prechter in our bible:

[What’s important to understand about ending diagonals in general is that] they are usually followed by a sharp decline retracing at least back to the level where they began and typically much further. Fifth wave extensions, truncated fifths, and ending diagonals all imply the very same thing: dramatic reversal ahead. At some turning points, two of these phenomena have occurred together at different degrees, compounding the violence of the next move in the opposite direction.

So,let’s think about this for a second. We seem to be melting up here on very low participation (check the Zero chart if you are a sub). It’s understandable that we’re now in for a little sell off as the ES futures enjoyed eight consecutive up days until today (unless we close higher EOD at which point it would be nine days, which happened only once in trading history, and the last time actually was last September). What we are seeing today is more of an ‘endured’ retracement – I don’t see much panic here, and the Zero Lite is only registering a mildly negative reading. It’s a possibility that after relieving some of the overbought conditions today and perhaps tomorrow we are then ready to proceed to the upside and push into 1130 or perhaps even higher into 1050. That would qualify as a respectable throw over and I can guarantee you that it would shake out most of the remaining bears. Which of course would be the perfect moment for the tape to make a complete u-turn and rapidly proceed to the downside. Why? Because it would hurt most of the market participants.

The orange scenario on the chart suggests that Primary {2} finally ended yesterday – and although my Jan/March and especially my Dec puts would greatly appreciate that scenario I can only give it about 35% at this point. What we need at this stage is a bearish ‘shock and awe attack’ if you will – I don’t think the usual slow sell off will scare any of the dip buying monkeys. The bears need step in strong and force those bulltards to watch their positions be completely obliterated in one nasty drop – perhaps 300-400 points on the Dow in one day, and then some. Perhaps, a little mini-crash – yes – something to keep them off the buy button long enough to drag this thing low enough for a trend change. For the current psychology out there will keep sustaining a continuous dip buying loop – which is understandable as the next high seems to be only a week away. I mean I have friends email me boasting about their long gains and calling me foolish (not directly but in a tongue in cheek way) for being so bearish.

Remember, people are habitual creatures and sometimes it takes a cold shower or a smack in the face to wake them up and change their habits. Similarly, we need a drastic change in climate – something that announces that winter has moved in and that you’d better dress warm because it’s going to get nasty out there. And until that ice storm happens we’ll have to watch them buy this thing higher until they finally run out of oxygen.

So, in summary – at this stage I would actually prefer to see the tape bust higher and that soon. Let them complete this diagonal and also allow for a little throw over. This would be a perfect setup to get positioned to the downside – I am already but would probably load up just a bit more should we see fall things into place. 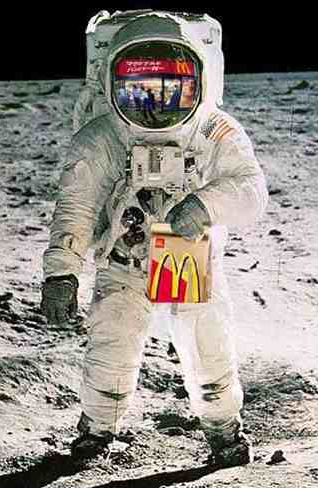 And what if I’m completely wrong and we keep driving higher and higher for months and months? Well, maybe then it’s time for Mole to look for greener pastures. I was offered a very lucrative franchise opportunity that’s simply out of this world. What you guys think?