The ES futures are tickling 1914 (our all time high) right now and that suggests we may see a squeeze all the way into the close. We are currently seeing reversal signs across but this is one of those situation where you simply have to listen to price as we could easily see a blow off top before we ever see any signs of a correction. Wouldn’t be the first time, right? 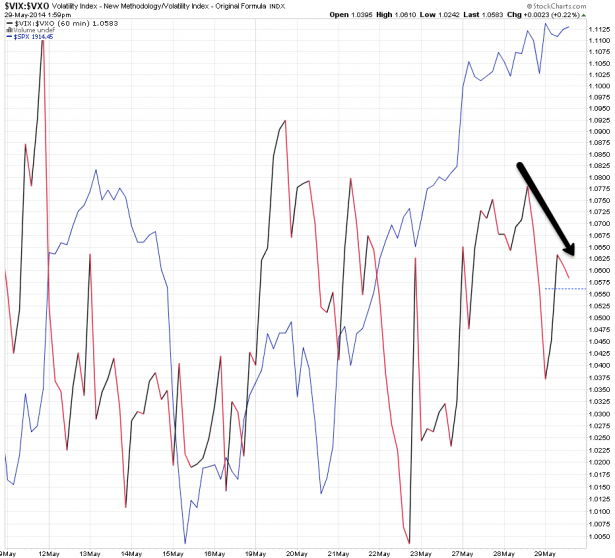 Let me first show you what’s irking me. For one there’s that divergence on the VIX:VXO – it’s subtle however and I may just be paranoid. But then there’s also this: 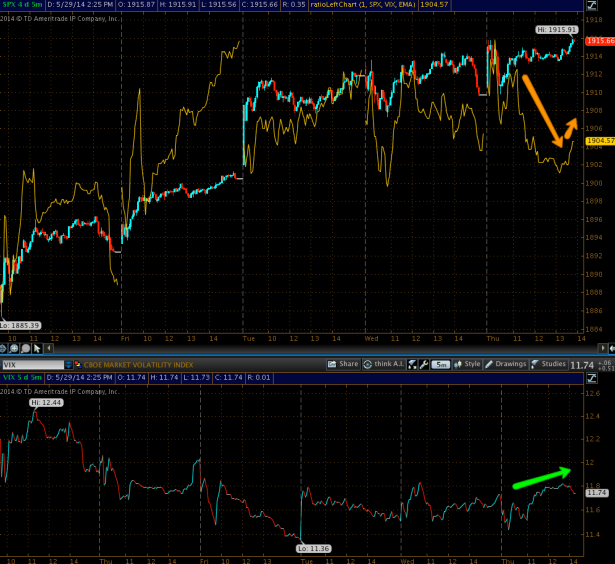 At least until just recently when we touched the old highs the VIX has been rising along, so someone (i.e. market makers) is getting nervous up here. Plus let’s not forget that VIX Sell signal that’s now on the books (it’s relative to equities, not the VIX). Again, this may just be a fluke and I’m still open to the blast off scenario. I mean the tape hasn’t exactly been acting bearish, has it? 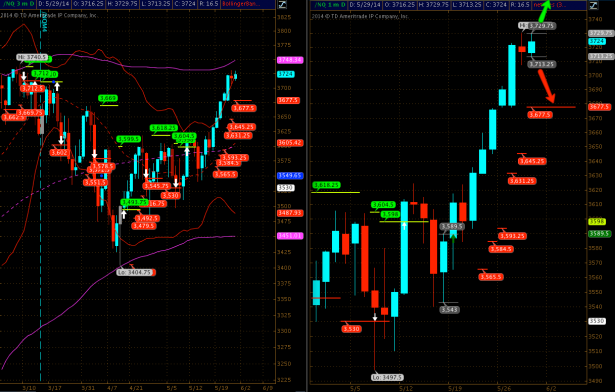 So this is how I would play it – if we don’t run up too high today then we may get an inside candle on the NQ. It’s closely following the spoos regarding strength and that’s how I would try to catch a long setup. 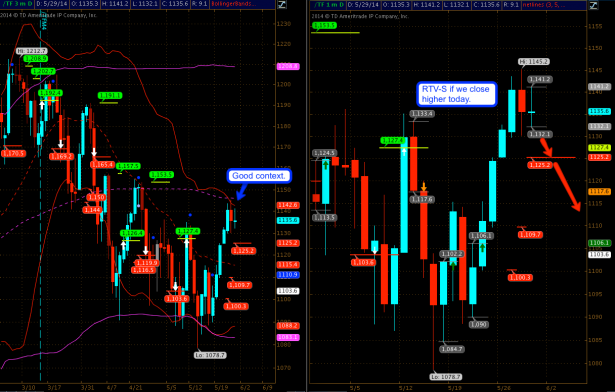 Now if things fall apart I want to be positioned in the laggard which is the TF. With some luck it’ll produce an RTV-S here below the 100-day SMA. Pretty neat if it triggers – but currently at least the odds are low. 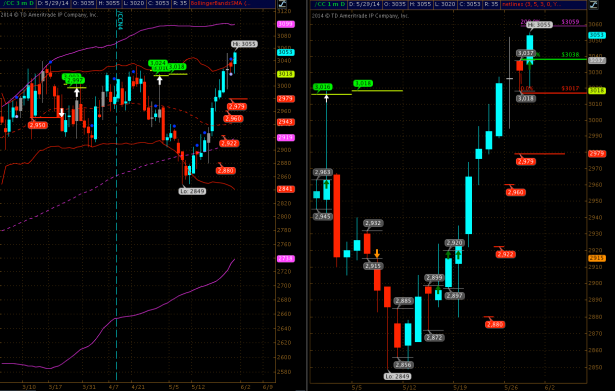 Quick update on yesterday’s cocoa campaign – doing well so far and there’s nothing to do really. We haven’t earned one R yet but with a bit of luck it’ll keep pushing higher toward the upper 100-day BB.