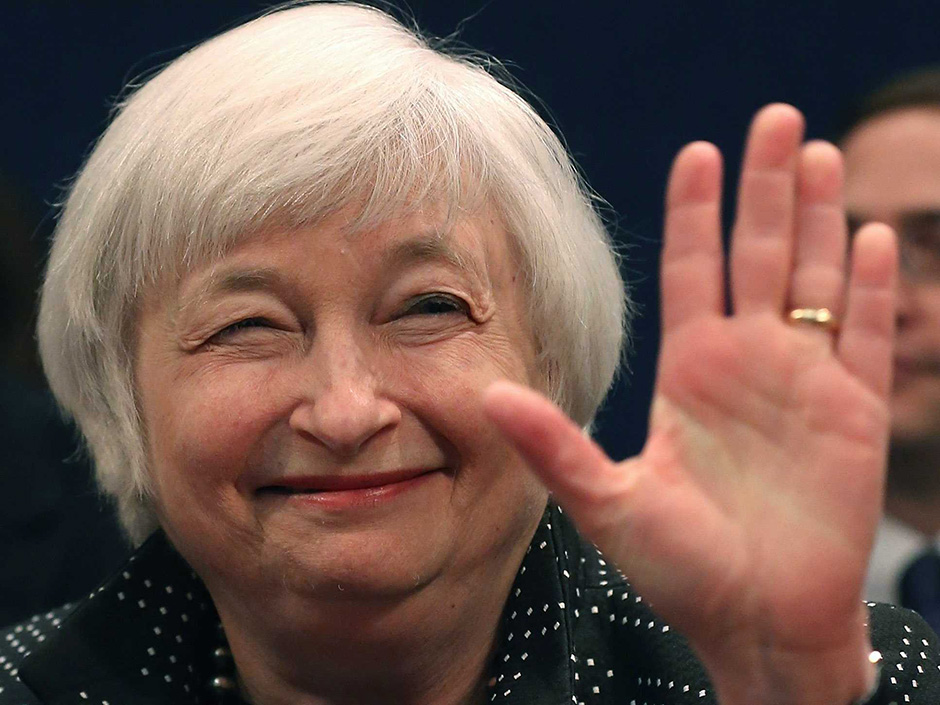 It’s going to be a quiet day here at the lair until chairwoman Janet Yellen delivers the Fed minutes at 2:00pm Eastern. The Euro continued its downward trajectory after a purported ‘trial balloon’ report that Draghi’s speech at Jackson Hole would not announce the start of the ECB’s taper. Now if that sounds somewhat confusing to you then console yourself knowing that you are not alone, as spending any time on trying to decrypt the confusing and contradicting reports coming out of central banks these days is an utter and complete waste of time. 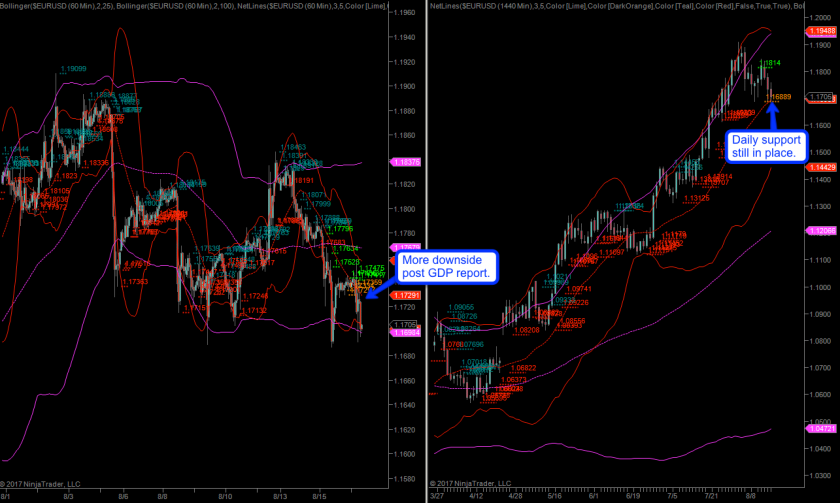 All we need to know for now is that the Euro is showing renewed weakness but whether or not the current support zone on the daily panel holds or gives way will most likely depend on what Yellen as to say later this afternoon. In the interim I expect more sideways churn across equities and most of forex (i.e. anything paired with the USD). 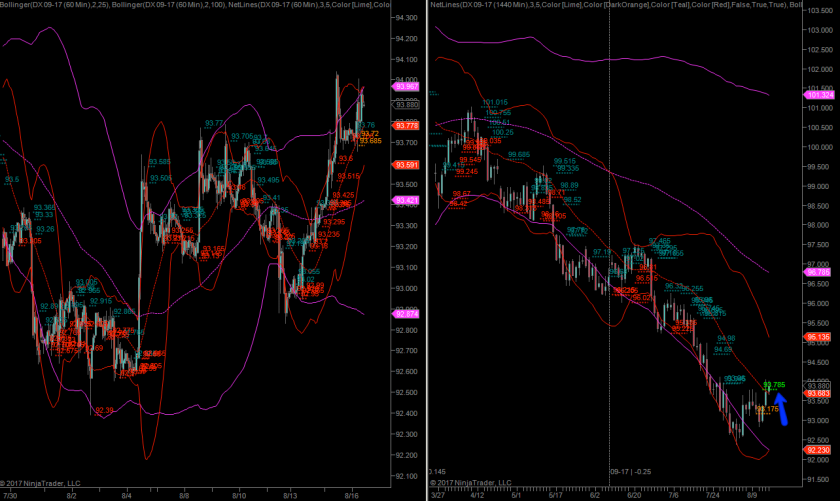 The DX futures are looking pretty bullish ahead of the announcement. If that daily NLBL can hold through the session then it would shift the dynamics considerably and potentially establish a medium term floor. Unfortunately however it’s not up to regular market forces these days so let’s wait until the [ahem] lady has sung.