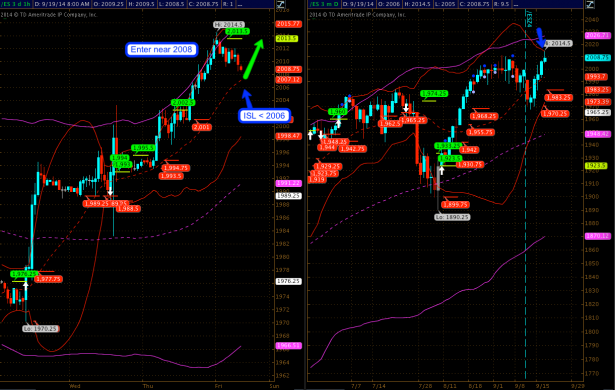 The only play I see this morning happens to be on the equities side. Nice little stab overnight and we’re back near the 25-hour SMA. A touch of 2008 has be long with a stop below 2006. Caveat: low odds of success here as we may see a more extended shake-out. Which is why I suggest 1/2R exposure only – however, IF we push higher then it’ll most likely turn into a squeeze and it’ll pay off well.

FYI – almost identical setups can be taken on the YM and the NQ – I would suggest the latter. If we get stopped out then a drop to the lower 25-BB near ES 2000 is in the cards. We should know which way the wind blows today shortly after the open. I suggest you watch the Zero for divergences in both directions. See you guys later this afternoon.