The getting is good this morning and I thought I’d throw out a Friday freebie for the leeches. We’ve got quite a collection here, so there should be something interesting for everyone. Please step into my lair: 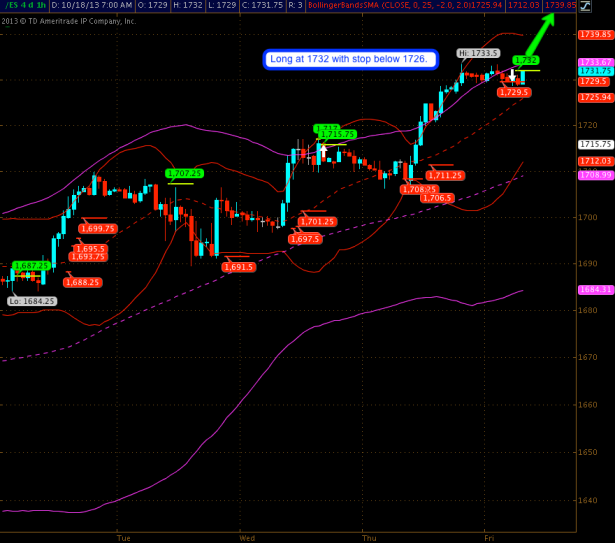 Let’s start with the spoos which are above a good short term inflection point. I want to be long here with a stop below the 25-hour SMA. Short positions should not be considered unless we clearly fail that rising SMA. 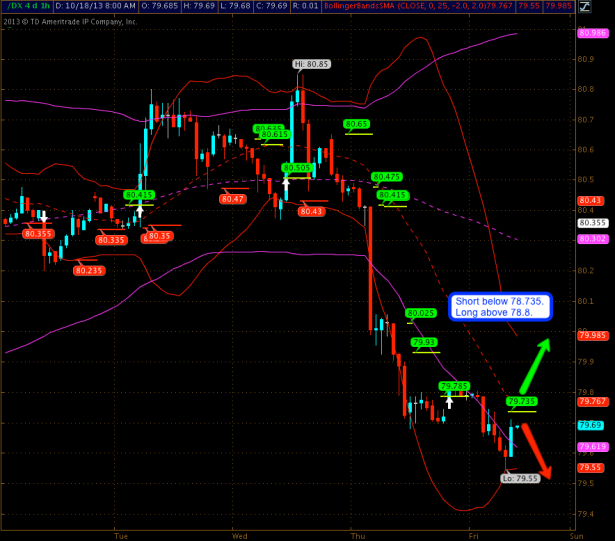 Inverse on the Dollar – I may wait another hour as for price to catch that 25-hour SMA. Long only above 78.8.

Speculative setup alert! Sugar busted higher and burned any shorts to a crisp. Whoever’s left standing may be looking for a good exit right now. This is a bit of a strange ST setup as we’re actually relying on the weekly and monthly panels as resistance. So don’t go crazy and keep your exposure to 1/2R on the futures. Sugar 11 is kind of a strange contract – here’s some interesting info from an interview with Peter Brandt who’s been trading it on the floor during his early days:

The Sugar #11 contract is all the sugar nobody has bought under a long-term agreement. It’s the non-wanted sugar in the world, and that’s why it’s so crazy. Most sugar in the world trades under long-term agreements. It’s called contract sugar. And then you have the #12 Sugar contract in the US which is domestically protected sugar. The #11 sugar is basically the sugar that’s not spoken for. That’s why it vacillates so much, because it only represents about 10 percent of the world’s sugar production. But that portion of the world’s production can disappear quickly. Or it can glut quickly. 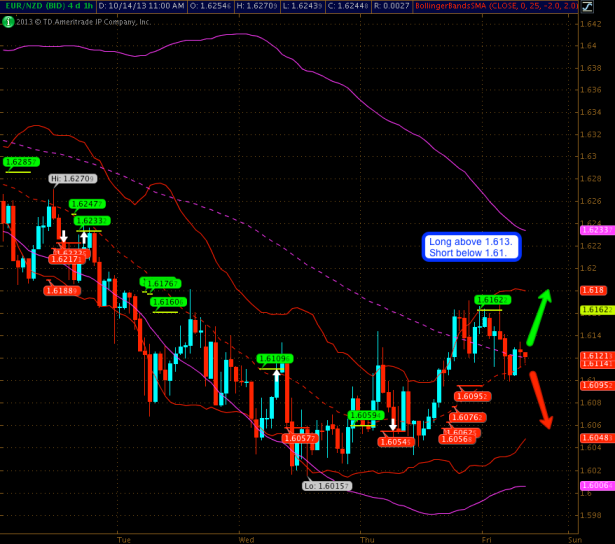 EUR/NZD at the pointy end of a ST SMA collision – my triggers are on the chart. 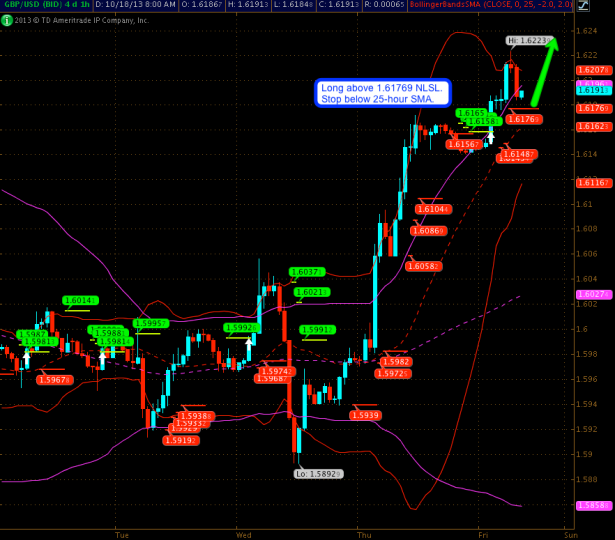 Cable – I want to be long if it drops closer to that NLSL with a stop below the 25-hour SMA. 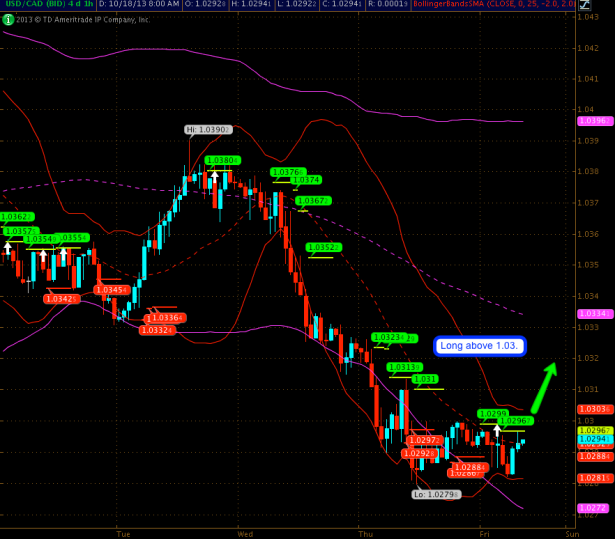 Finally USD/CAD – looking like a short term bottoming pattern but it could also be a fake out. I’m planning on a long if it gets its act together and pushes above 1.03. My stop would be below the 25-hour SMA.