I can’t believe tomorrow is Friday – does not compute. Anyway, I am a bit worn out tonight, so let’s do a quicky. 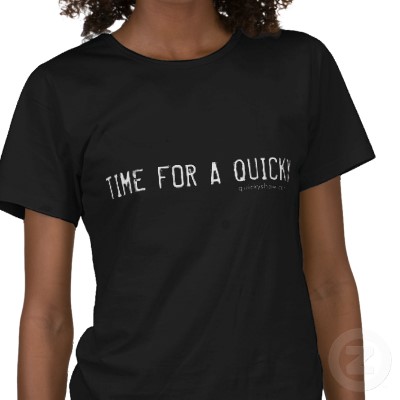 That t-shirt should be standard issue for all (hot) females over here in L.A. – well, just wait until I become the new governator…
[amprotect=nonmember] Charts and commentary below for anyone donning a secret decoder ring. The rest of you guys will have to wait until tomorrow – sorry. If you are interested in becoming a Gold member then don’t waste time and sign up here. And if you are a Zero subscriber it includes access to all Gold posts, so you actually get double the bang for your buck.
[/amprotect] [amprotect=1,9,5,2] I’ve gotten some heat today for talking about big market drops recently and we now just raced up again. Listen my dear permabulls – I really don’t care which way the tape swings – I wasn’t born a bear. But long term this market is screwed – period. If we don’t see new annual lows by October 1st I would be very surprised and happily wear my dunce hat.

So please accept my apologies that we didn’t book a one-way ticket to SPX 300! Seriously now – the way the tape is behaving is pretty much textbook. A lot of shakeouts and distribution in the early phases – followed by a rapid drop – you never see it coming – just like in May. What we did see coming was the potential of a short squeeze, which happens quite a bit before a H&S pattern resolves. Call it the last kiss goodbye – or the last fuck you to any weak hands dreaming about riding this bus down.

Anyway, in the meantime we’re doing wave analysis here, so let’s get to it. 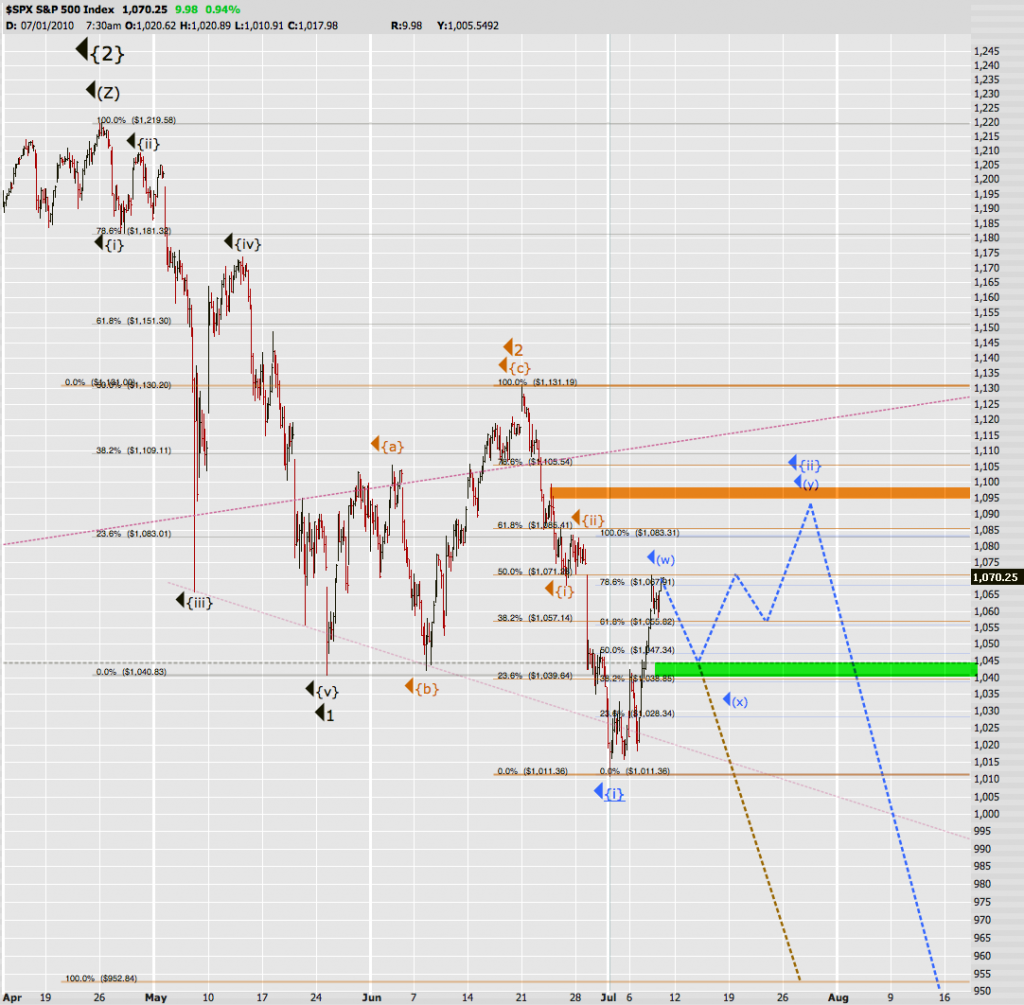 Today showed a lot of progress on the bullish side which may spill into tomorrow – the futures are bumping their head on today’s highs already – wouldn’t be surprised to see them push a bit higher and complete a 5th wave tomorrow. However, very short term I think we don’t run that much further. So, what I’m seeing are two possible scenarios:

Clockwork Orange: We drop tomorrow and maybe on Monday and never look back.

Soylent Blue (i.e. bears’ worst nightmare): We drop tomorrow and maybe Monday too reel in a few more bears, then reverse around 1045 (highlighted on the chart) and over the next two weeks or so push into 1100.

There is a chance we do go straight up but we seemed a bit toppy today. But heck I have seen it happen in the past and wouldn’t bet my first born on that.

My advice – stay frosty – until 1100 that is. If we keep ramping higher from there and threaten 1130, then we can start talking about other ideas. I know it sucks – that’s the problem with the late phases of second waves and the early phases of thirds: Nothing is confirmed yet and it’s easy to get whipsawed to death.

Before I run look at my updated ISEE chart: 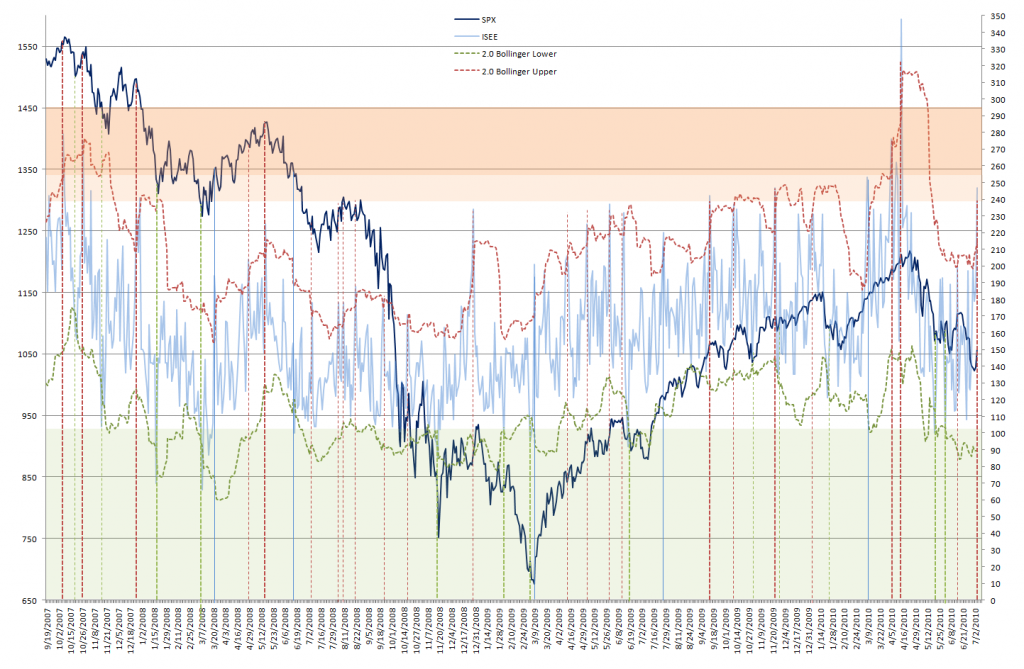 Pretty nifty – ain’t it? Tooncez responded to my plea of how to add a Bollinger in Excel. Actually, this is not a real Bollinger Band, as the crazy Hamster pointed out – the math has been simplified and does not account for wild swings on both sides. But you know what – this ‘Ersatz Bollinger’ actually does a bang job with reversals on the ISEE. Especially when you are able to correlate a push into the green/orange regions with a BB breach. I actually would like to get some input on this thing – so please tell me what you guys think.

As you can see we actually spiked into the orange bearish range plus outside the BB today. Which has me in a rock and a hard place. My ‘intuition’ (a.k.a. paranoia) assures me that this can’t be possibly all of the reversal. Plus, those ISEE readings often precede turns by a few days or even a week or so. Thus, even if we drop tomorrow or Monday I think that there’s more upside to come.

The AUD/JPY is still busting higher tonight – massive amounts of stops are being burned. If the bears are really screwed then this thing gets embedded above the 80% mark on my 30-min 2.0 BB. Could get very ugly there for equities, so I’m mentally prepared for some pain. Another reason I don’t think Soylent Blue is over just yet. Currency traders found their momentum and they will burn the shorts until there’s nothing left.