Fuck You Bears Monday Wrap Up

I guess we all saw this one coming – after all the script has been the very same for the past two years. First you whipsaw the crap out of everyone ahead of a holiday, then you kill the bears right at the open the day after:

Now the ZL signal was pretty flat throughout the day which means that participation here is pretty minimal. Even that last big spike up only registered at 0.6 on the ZL Richter scale which is nothing but a hiccup. Which leads me to believe that this thing can melt higher, yes – but I don’t think that we’re at the onset of a protracted short squeeze. I’m looking forward to see the spoos paint new highs because the way momentum is playing out right now I see them running this thing into a wall around 1360.

Geronimo had the right idea but missed the target by a tick or two and in the end got stopped out. The fact that it didn’t get an entry at the EOD is a bit puzzling – there quite a bit of tape banging going on and I would have liked to see a long trade there. Well, that’s how it goes – one down for the day. If we melt higher from here I expect Geronimo to squeeze in a few long scalps as well. In some ways it has served me well as an implicit medium term trend indicator. 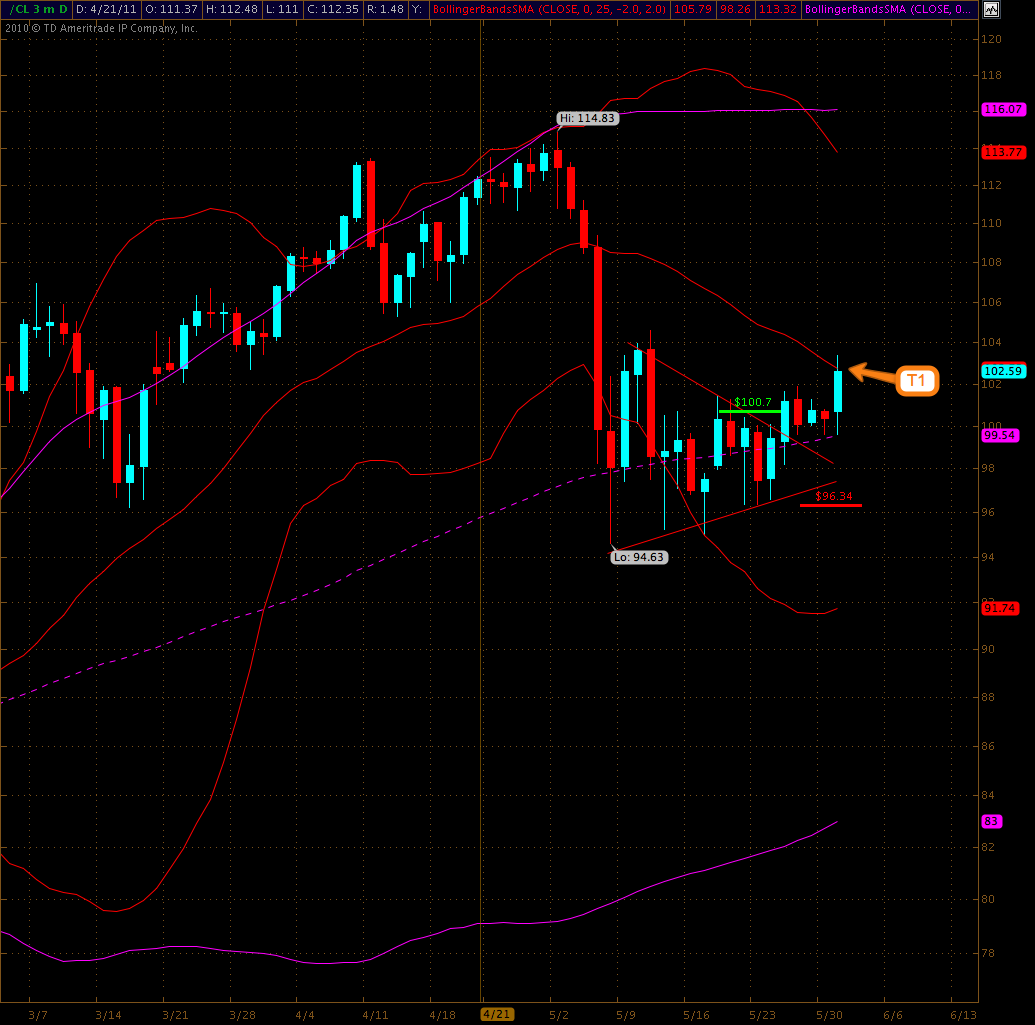 Crude completed to target exactly the way I suggested last week (to the subs). I am being super conservative here by taking profits early – yes this thing could run all the way up to 110 but since we are knocking at a resistance line I’m gone in sixty seconds. It’s permissible to hold a handful of lottery tickets for a run higher but I would be rather cautious with the stops.

A few more short term charts for the subs:
[amprotect=nonmember] Charts and commentary below for anyone donning a secret decoder ring. If you are interested in becoming a Gold member then don’t waste time and sign up here. And if you are a Zero subscriber it includes access to all Gold posts, so you actually get double the bang for your buck.
[/amprotect] [amprotect=1,13,9,12,5] 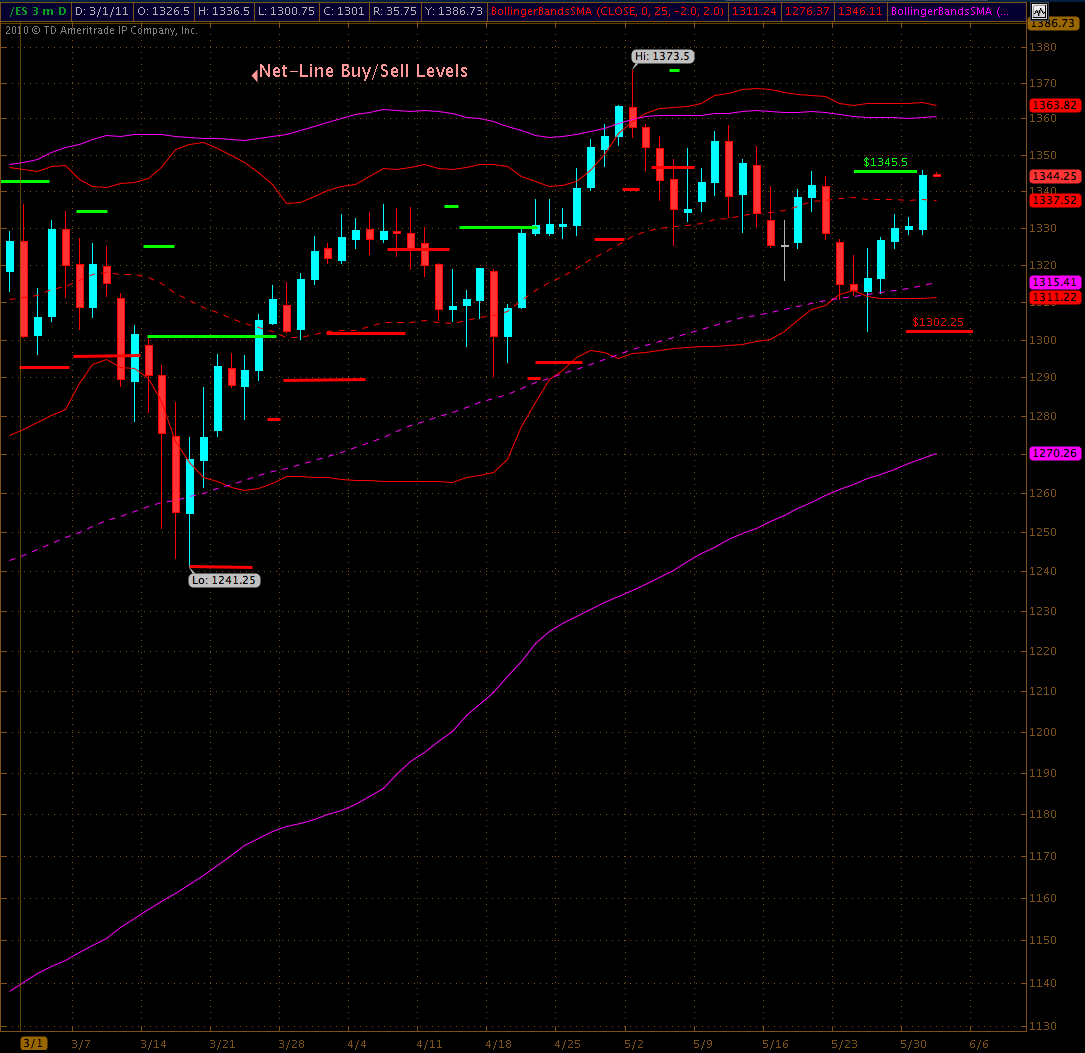 The spoos touched the NLBL which unfortunately expired on Friday. So I don’t see a clear edge but do hold a slight bias to the upside. Still that NLSL bounce was a clear indication that we would push higher – and obviously all Zero indicators agreed. Bear in mind that there’s a lot of resistance looming above and if you play this thing to the long side then be out at 1358. 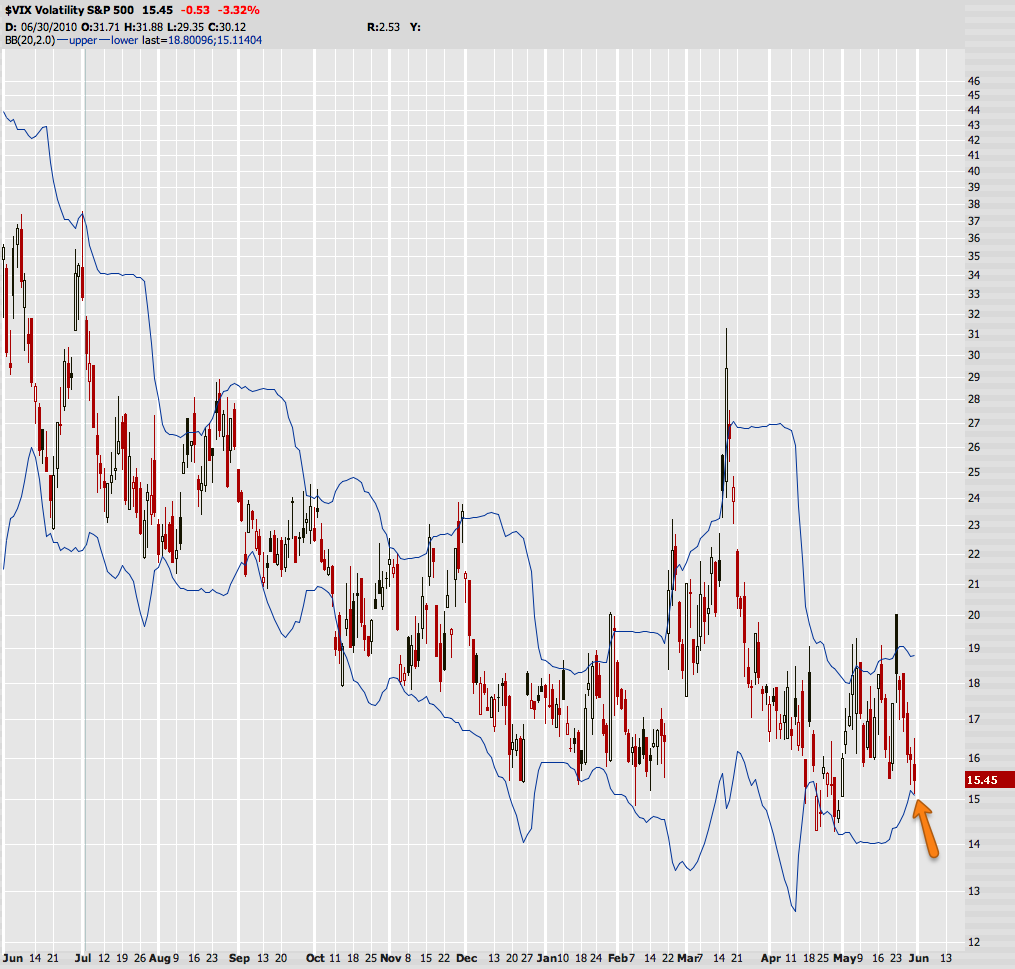 Mr. VIX cleverly bounced back right at the lower 2.0 BB border – so it seems the longs are playing this by the book. Which is to not cross the line and to instead walk it down slowly. 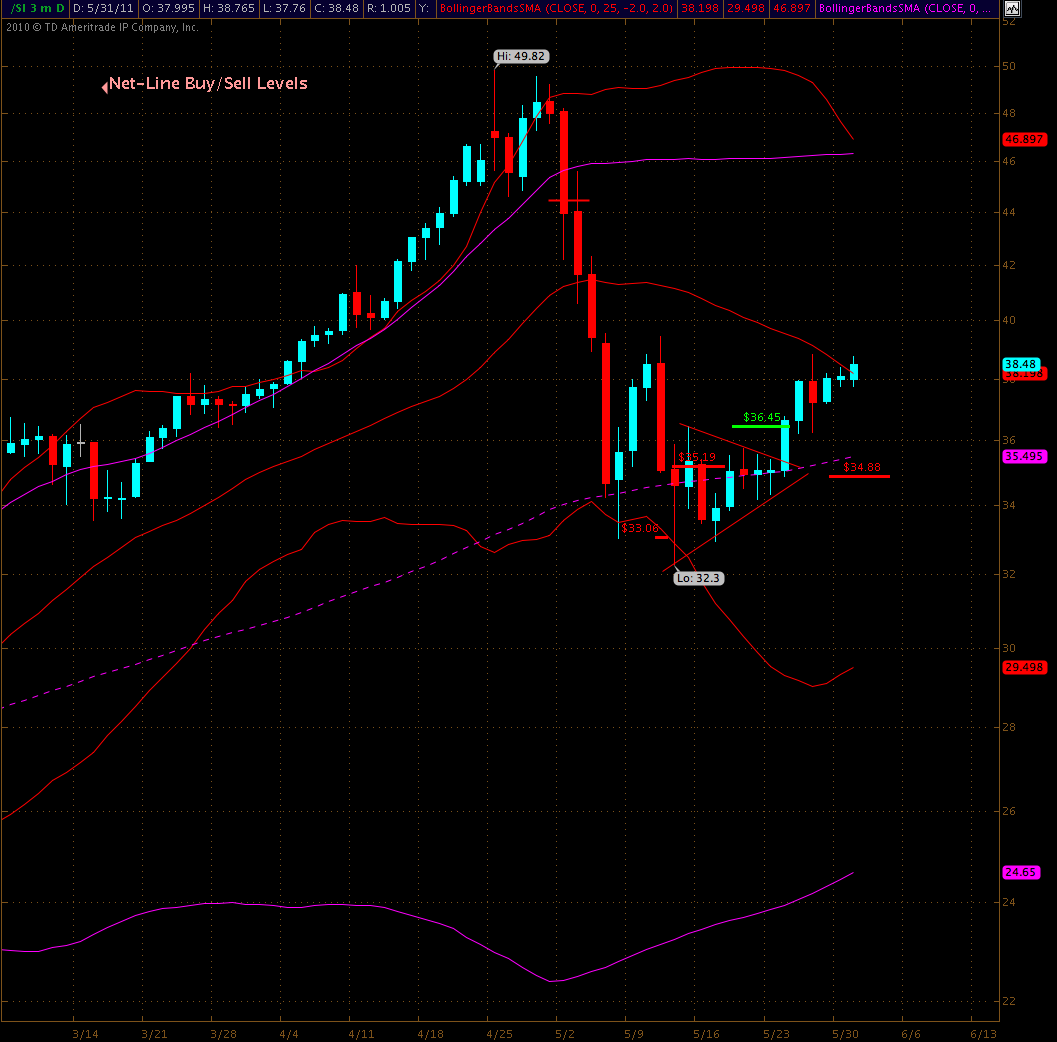 Silver was scaring the children last week but as the prior candle’s low held chances were we would push higher. I would however consider taking profits here – we are testing that 100-day MA and Scott may just be spot on about a short trade. We had a good run with Silver lately – let’s not test our luck and get greedy. 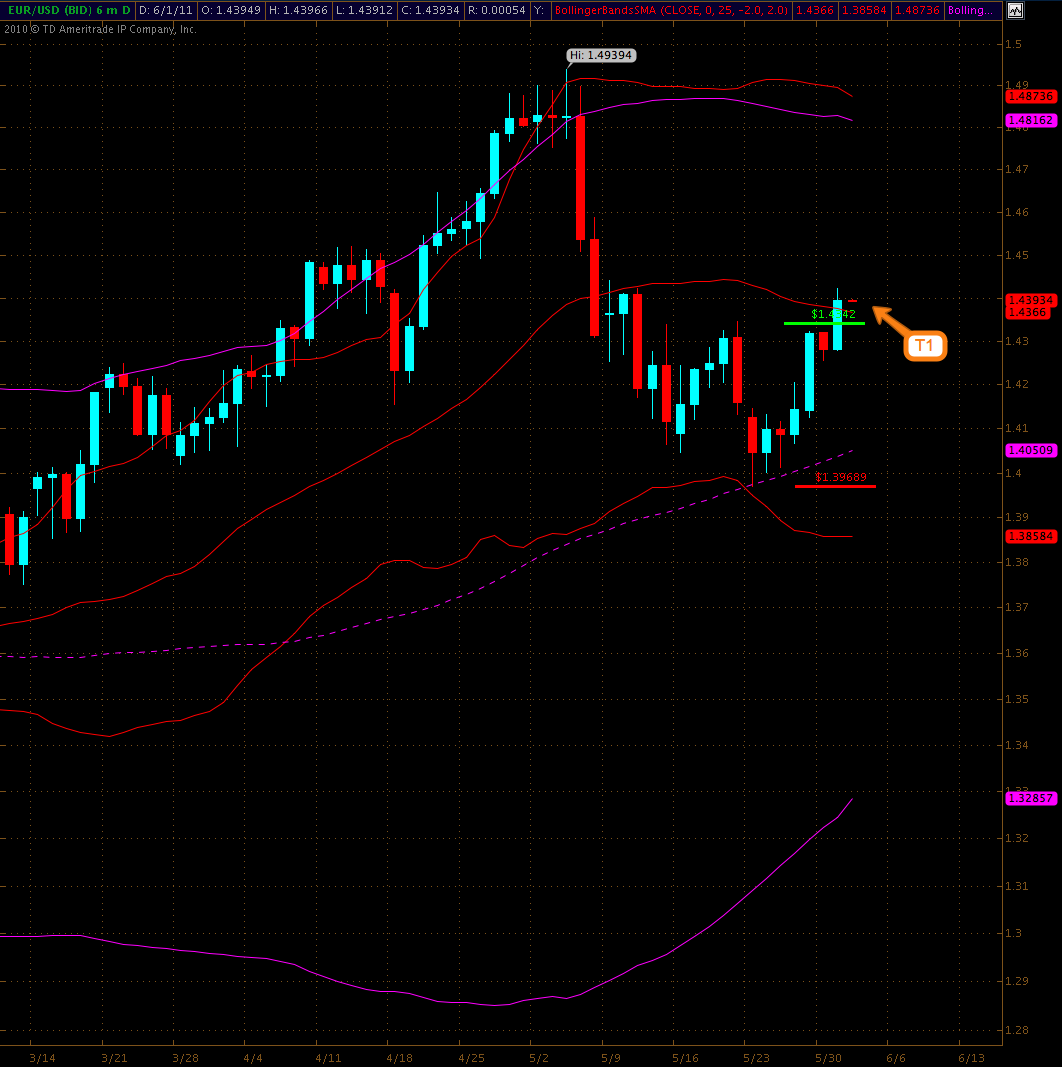 Last but not least – the Euro which triggered a net-lines buy signal today. Unfortunately we are also sitting right at resistance and I don’t want to take any big bets here – neither to the down or upside. When conflicted I always choose to err on the cautious side – which is why I am still around today.

The script is very familiar, yes – but the outcome is much less so at this point. I don’t see sufficient participation to justify going long here, let alone propose maintaining long positions. Let’s wait for either a push higher or a drop to the downside to produce better entry odds.