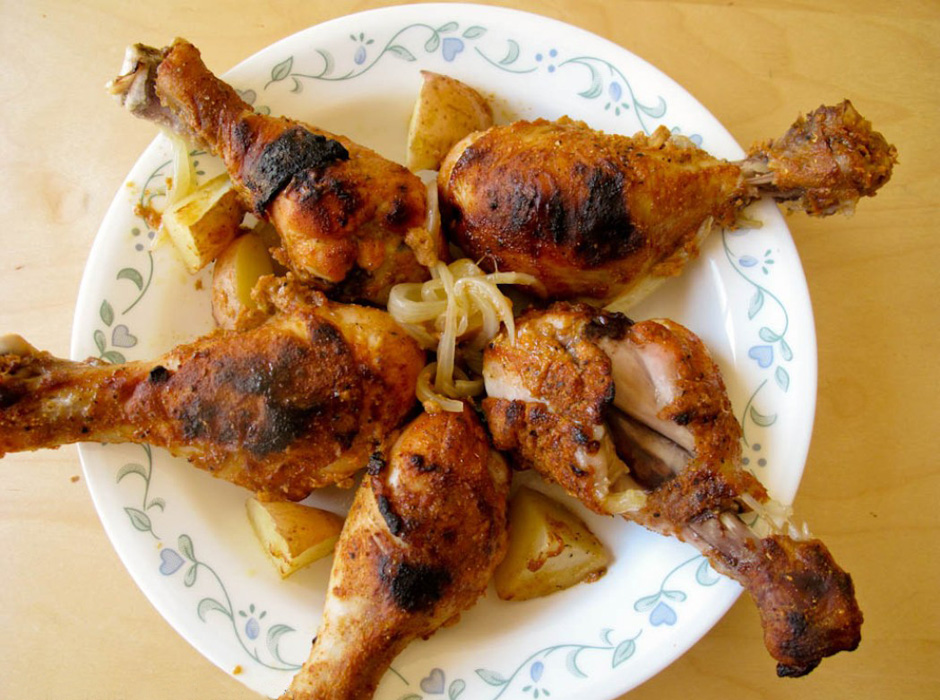 I’m old enough to still remember spending an entire week or even several months without hearing about some tragic event shocking the nation or sometimes the entire world. These days it seems that an ever growing number of terrorists and nutcases are literally standing queue for a chance to bring about their respective desire for revenge or to simply just to watch the world burn in perceived retaliation for their own personal failures. I could never imagine throwing my life away like that but it would be naive to say that these sort of actions do not have an impact on society as a whole on a long term basis.

We are all becoming more cynical, more confused, more disorientated and some may claim that this is exactly the intended effect. But in the end we should all remember that nothing is new under the sun and that there have been disruptive forces attempting to tear down society since the dawn of mankind. Sometimes they end up succeeding, which due to survivorship bias, is when you end up learning about them. But in most cases society simply stomps them out of existence and then happily continues its previous trajectory. There are a lot of negatives to be fixed in what currently remains of Western society, but if you think you have it tough or that we are so terrible then I encourage you to spend a few months in a 3rd world war torn country and then re-consider your position.

Fact is that we are all living like kings today and although it’s the media’s job to constantly keep you in suspense or even have you fear various perceived threats, the truth is that we probably have never been safer, more just, more educated, healthier, or wealthier than we are right now. In comparison with even our more recent ancestors we are all living like kings. I suggest that you detach yourself from the daily clickbait and instead focus on the positive aspects of your reality, perhaps even attempt to build upon them in your immediate reach and help realize the type of society that you want your own children to inherit. We focus way too much on the people bent on tearing things down as opposed to the ones who quietly labor and sacrifice to make our world a better place. It is those we should be emulating instead offering a media stage for the all the miserable fuck ups of society.

Of course that does not mean that we should stick our heads in the sand and ignore the terrible events occurring around us. But wasting time attempting to fix things that simply cannot be fixed is unproductive and could be spent more effectively. On a planet inhabited by 8 Billion people there will always be a small number of nutcases – it’s simple probability theory. And unfortunately you cannot fix crazy and neither could you possibly anticipate all of the means they may resort to in disrupting our way of life.

Speaking of living like kings, I’m holding a pretty full plate right now and won’t be adding to my exposure until some of the current campaigns shake out. In no particular order: 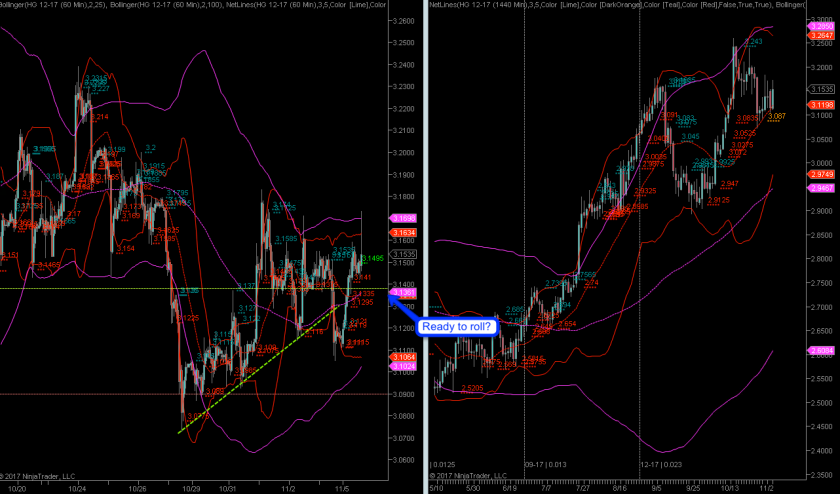 Copper looked pretty good on paper on entry but then immediately decided to swing back lower and test our resolve. Fortunately I was extra conservative with my stop and thus I’m still in the running. It’s looking pretty promising still but needs to get out of the gate. 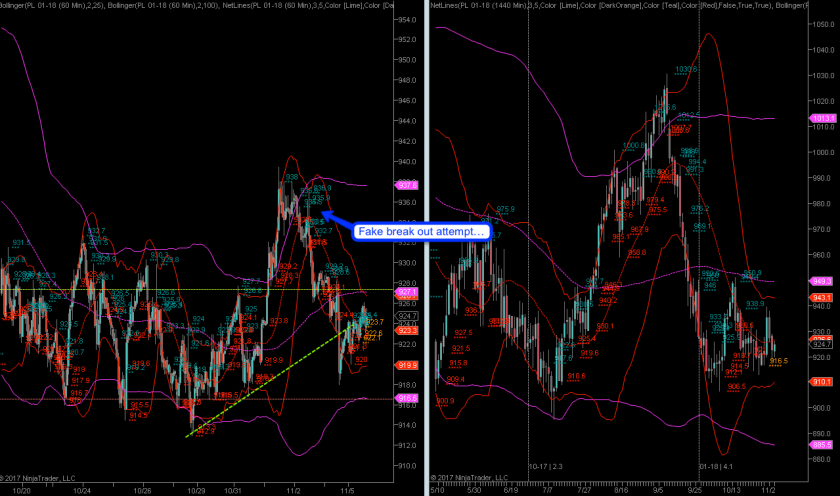 Platinum isn’t looking as hot and obviously that first stab higher was a false beak out attempt. Currently it’s still trading below entry and the one thing we have going for us right now is that spike low late last Friday. Let’s hope it’ll remain in place but as of now it’s not looking good here. 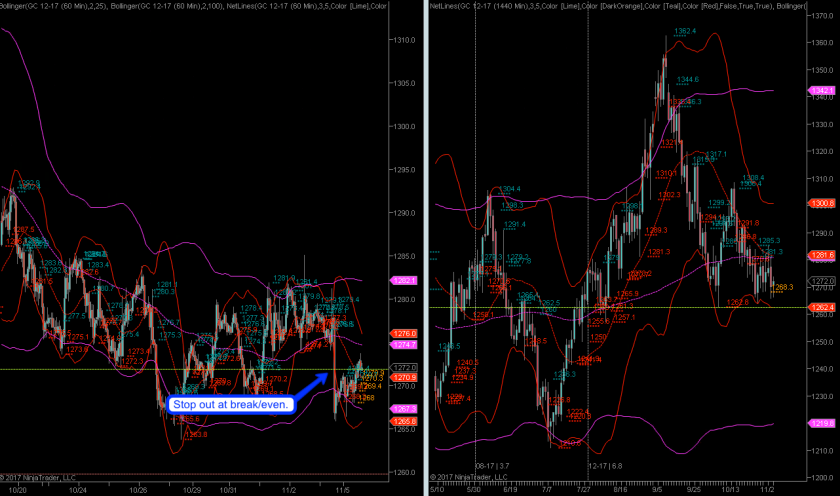 Gold is a stop out, fortunately it happened at break even. It may still bounce higher but PMs are starting to look weak all across now. 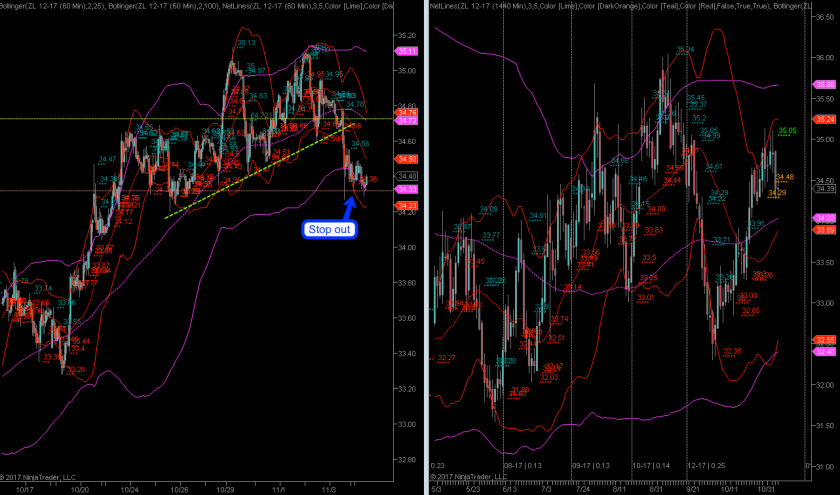 Soybean Oil was stopped out. Bummer. In retrospect this campaign may have been too optimistic as it was obviously in the final stages of an advance. 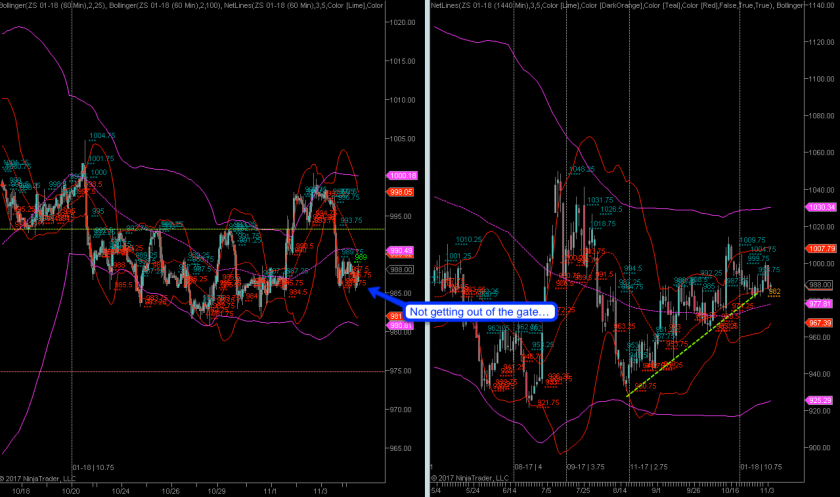 Soybeans not getting out of the gate. Odds are starting to diminish here as we are losing support of that diagonal on the daily. 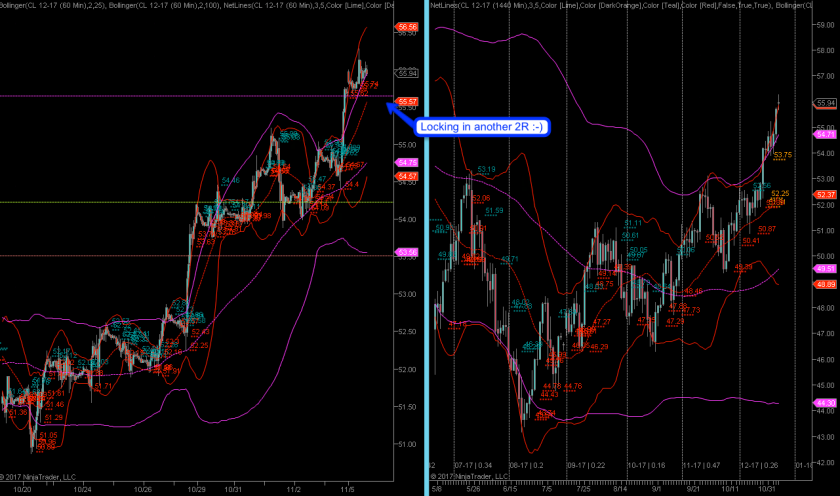 Fortunately crude continues to pay off and our re-entry last Friday has already produced a whopping 2R. Now go and burn those shorts!!! 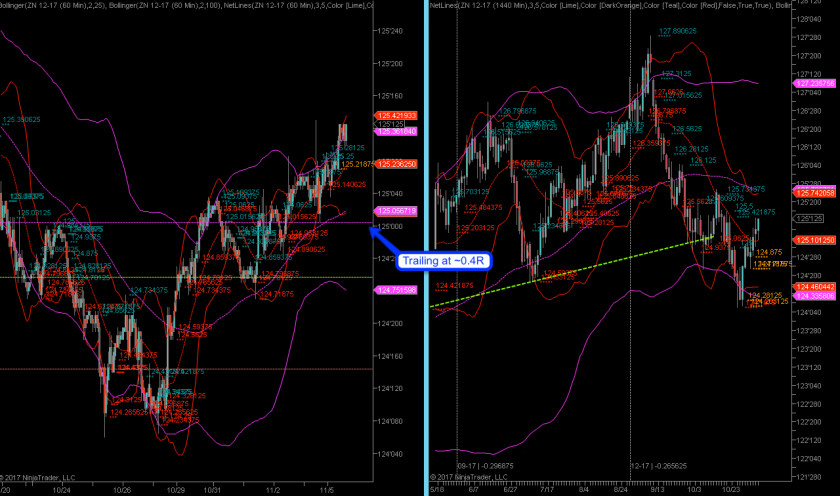 10-year bond futures are also looking positive now and I’m advancing my trail cautiously to about 0.4R as it just breached 1R MFE. Not sure if it’ll turn into a runner but it may just make it to 125.