Whoever enjoys Japanese kabuki artists wearing lederhosen and wheat beer instead of sake probably got a good fill when the German constitutional court cleared the way for Greek bailouts earlier today. 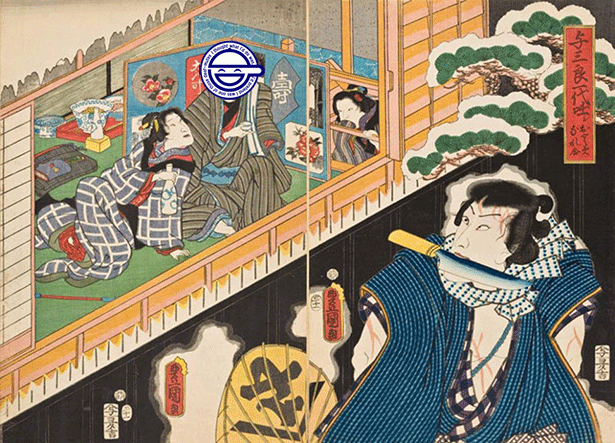 The image above depicts the Japanese version of Scarface. The guy with the kinfe just killed a bunch of bears as they infringed on his local cocaine racket. Alright, not really but you probably don’t care – and that’s exactly how I feel about the news. As a matter of fact I am a lot more interested in Japanese kabuki than I am in the mainstream media. At least there’s singing – well, kind of – it’s an acquired taste. At least there’s no yodeling.

Look – if I cared about the news I’d be seriously whiplashed by now. How long has the Greek saga been going on by now? Eighteen months plus? Any resolution? No – but plenty of drama and a heck of a lot of folks have been stopped out of their trades in the process. Which is why I continue to stick with the charts.

Scott rightly proposed that yesterday’s gap down should have continued and as it didn’t a counter reaction was on the table. Buy the rumor – sell the news so to say. Or in this particular case – sell the rumor and buy the news 😉 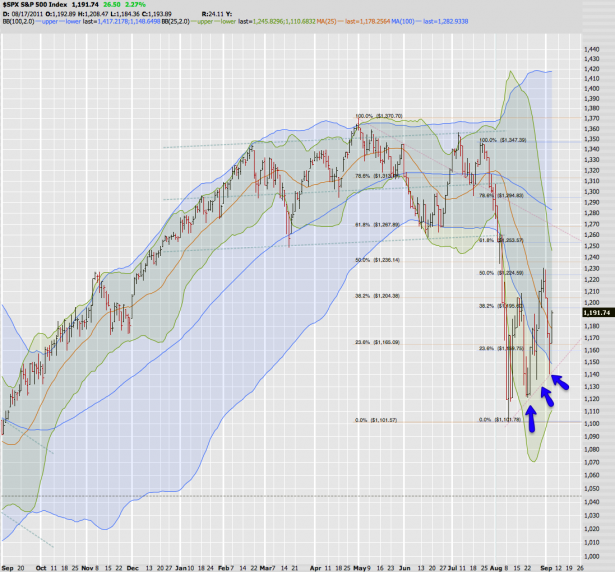 I’m pretty jazzed up however as we now finally have a support line to work with. That big drop in early August had us technically somewhat in limbo – which is tough titties for charting megalomaniacs (and part time kabuki dancers) like yours truly. The bonafide support line (three touches minimum in my book) we have now represents a support zone, that when breached, stands as an inflection point for our long term bearish outlook. That’s right – we bounced yet again – no huge surprise after all the doom & gloom that had been presented to the retail schmucks. But look at the energy that has been expended to keep the tape from dropping into the abyss:
[amprotect=nonmember]
Charts and commentary below for anyone donning a secret decoder ring. If you are interested in becoming a Gold member then don’t waste time and sign up here. And if you are a Zero or Geronimo subscriber it includes access to all Gold posts, so you actually get double the bang for your buck.
[/amprotect]
[amprotect=1,13,9,12,5] 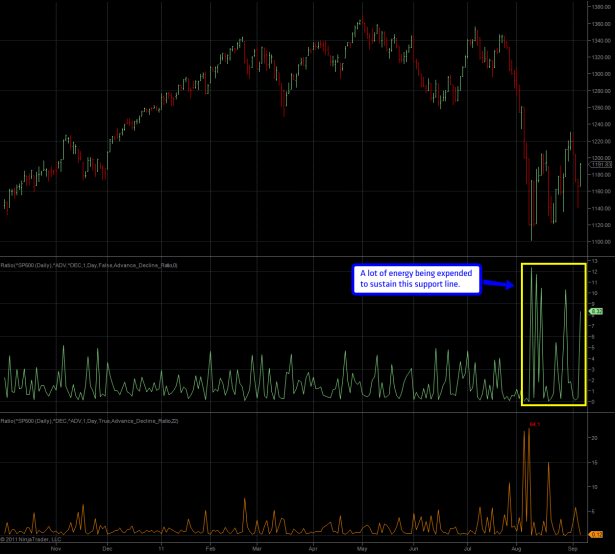 As Scott said, just because the bull is swinging wildly doesn’t mean he’s about to knock out the bear. Now – how do we know if the bulls land a knock-out punch, thus shifting our long term outlook back to bullish? 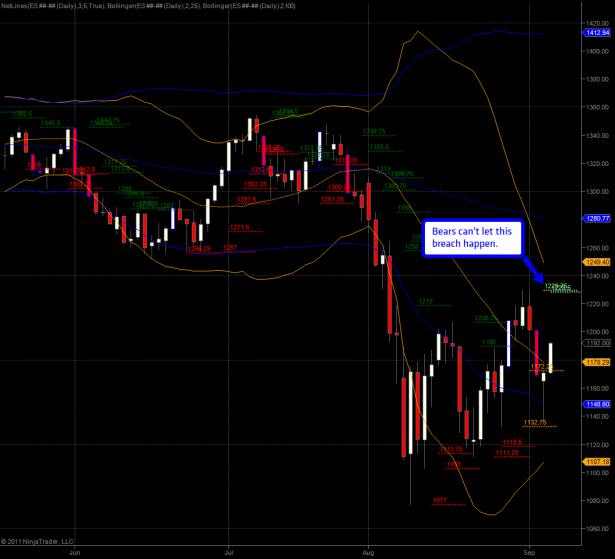 The recent ES 1229 highs come with two daily buy net-lines which must not be breached. If that happens the momentum favors the bulls, at least on a medium term basis, and we most likely see a short squeeze into ES 125, and possibly higher. 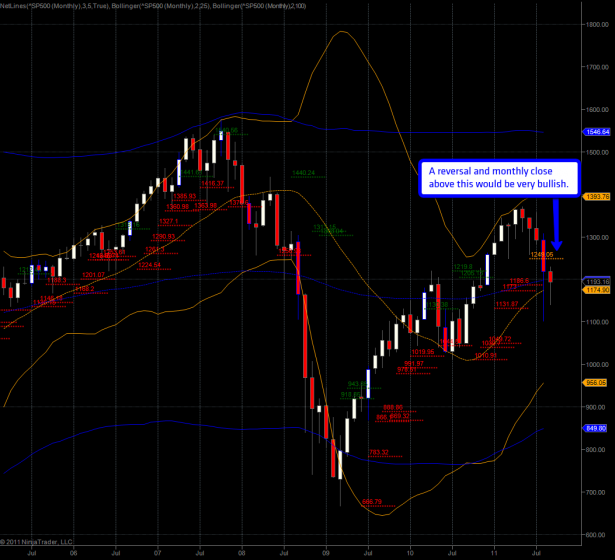 As fair value is currently about minus one buck this translates to about 1230 on the S&P 500 cash. The monthly SPX chart above shows us the currently active NLSL at roughly 1250. Now, what I really would love to see is a push near that or even above, which then fails and thus closes September below that NLSL. That would count as a last kiss goodbye and technically a failed retest. Or in other words – a smashing opportunity to load up on short positions, which would be easily defensible a few handles higher.

What needs to happen for the longs is continued momentum higher and a breach of the levels shown above. If you are impatient and trigger happy you can start loading up on short lottery tickets but volatility (and thus vega) is still sky high and you may have to endure quite a bit of pain. The first slap in the face for the bears would be a breach of the recent 1229 highs on the spoos. I would personally dip into a few short positions just ahead of that (e.g. @ SPX 1225) but would drop them like a hot potato on a push above 1230.

The setup I almost gave up on is still on the table – which is a push higher into 1250 for a final retest of the monthly NLSL. A continued rally above that would be bad news for the bears and if the longs can push above 1280 the dynamics shift back to the longs. However, a test and failure would be an awesome opportunity to go short – however, I would also watch momentum and sentiment before making a final call. So let’s hope Volar gets off the crapper soon to chime in on the sentiment front.

Finally, seasonality – recall that once we push beyond mid-October the odds start to favor the longs again. We are officially in crash season and although October can be 50/50 anything big to the downside has to happen this month or the next. Past October we are approaching X-Mas tape and I would not want to be caught short after October, unless we are already progressing to the downside.