We’re definitely getting closer but I don’t think we’re there just yet. A drop right here and now would be juicy and today’s little sell off sure makes it look like this thing is about to roll over. So is it really downhill from here or are looks deceiving? 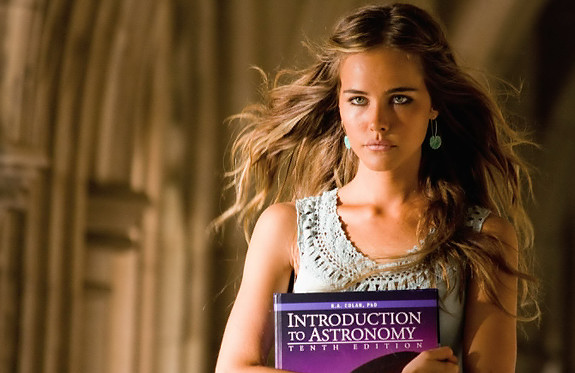 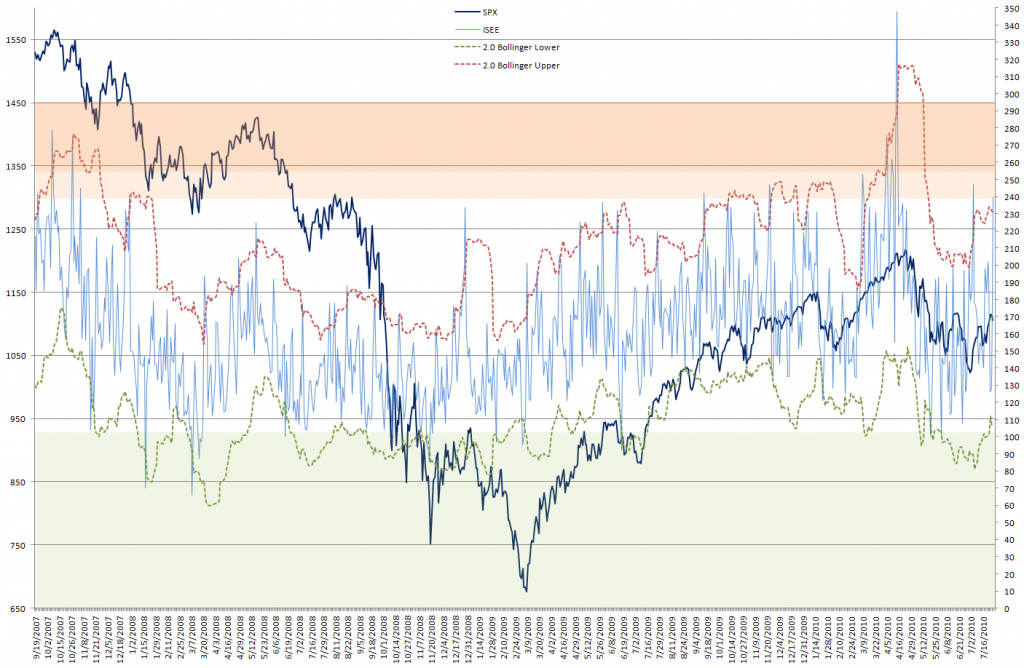 I updated my ISEE chart today after we saw some rather bullish readings throughout the day. We closed at 240 which is getting interesting – but we did see a similar spike like that plus outside the BB a few weeks ago and it was completely faded. So, I’m holding out for higher readings here. A push above 280 would get me a lot more excited. But this is a good start for sure – retail trader are ‘buying the dip’ – and in a majority of the cases they are left holding the bag. For proof just look at the chart above and parse for spikes outside the 2.0 BB. It rarely fails. 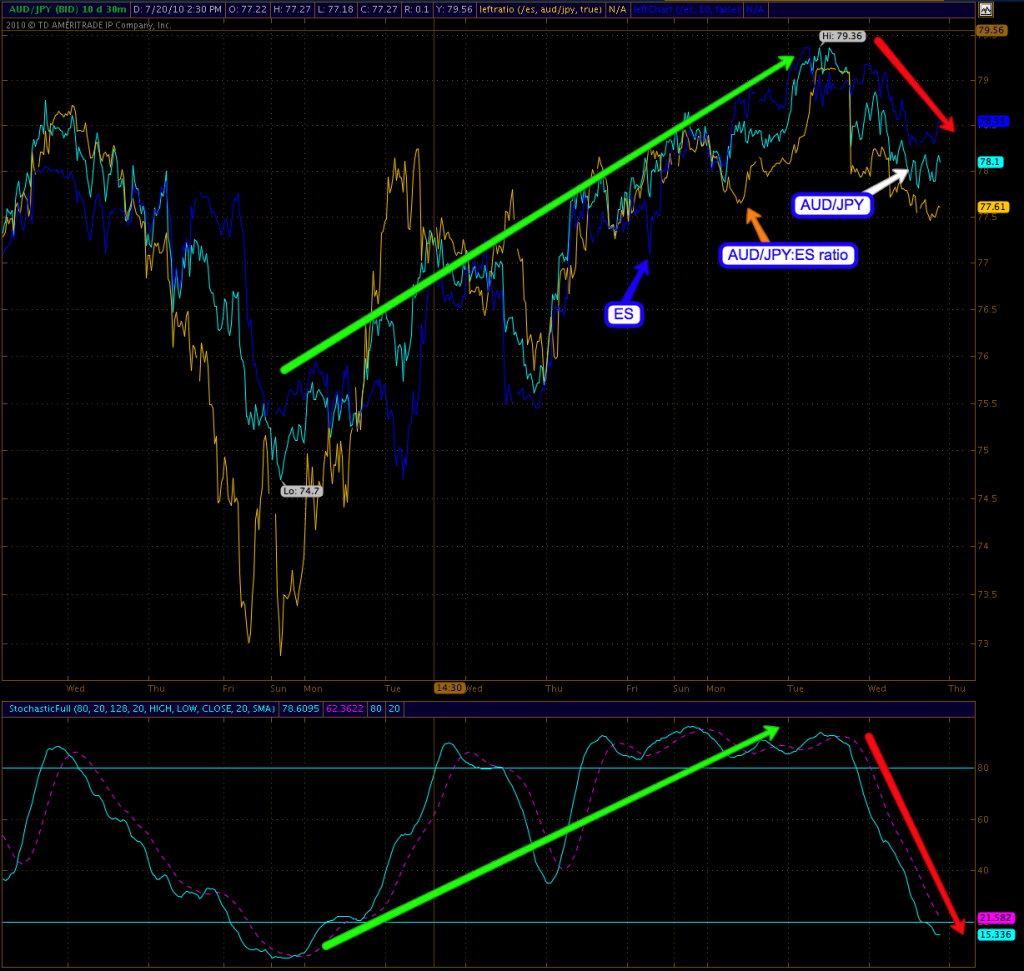 Looking at the ever mighty EUR/JPY chart for guidance is not so encouraging tonight. We basically burned off al ot of bearish momentum going sideways – the tape in equities was very clear about it’s purpose. One to lure in a few more bears and second to drop momo indicators enough to re-energize selling. Now, if we stay embedded down here we could actually see a real drop – but thus far it’s not happening just yet. The Dollar is closer to painting a low (it’s taking its merry time it seems) and a reversal in the EUR/USD may favor a drop in the EUR/JPY and perhaps the AUD/JPY – thus far they have roughly been moving in unison. 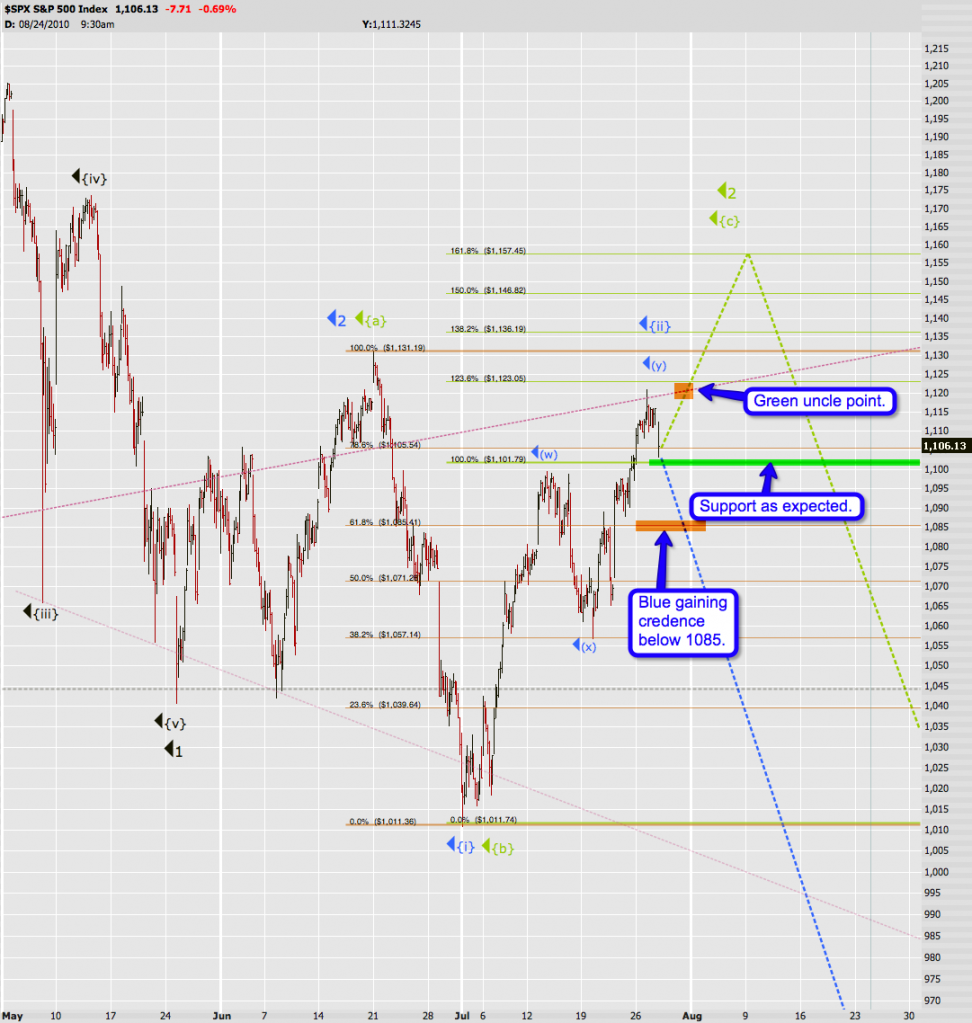 Today’s tape played out just like expected – it stopped where I thought it would yesterday (1120), then dropped today and bounced three handles above 1100. Not much of a drop really and it’s possible we’ll see another attempt at the 1100 line tomorrow. But I again don’t think that we’ll see a massive slide here just yet. Soylent Green is just too juicy of an opportunity right now. The Bollinger on the VIX is dropping along with the signal and we are slowly pushing toward the 20 mark. For the bears it’s death by a thousand paper cuts and every day is a bit more theta burned.

The uncle point for the Blue Plate Special is 1085 – I’m not taking it serious until we breach that line with some violence. Not a teeny weeny test of it – but a hot knife cutting through it with confidence (and hopefully matching Zero readings).

The uncle point for Soylent Green is a few handles above yesterday’s highs – a breach of that diagonal (which again proved to be spot on) would get things going to the upside in a jiffy. Target for that scenario is around 1160. A ramp to those levels would literally destroy any remaining teddy bears and the VIX would probably touch the 20 mark which would be extremely frustrating for anyone harboring illegal puts.

My momo charts are somewhat in limbo still but what I can tell you is that there seems to be sufficient room left for further upside in equities. That narrow summer tape is not helping to matters either which is why I remain suspicious. What I do know is that when it drops it’ll drop like a rock as the engine pushing this turd uphill has been running on vapor. Once that runs out I expect there to be nothing but air underneath. We all know what this is – and now it’s just a matter of waiting things out.

I have seen a distinct drop in participation in the comment section and I’m not surprised. I swear – I could run a contrarian trading indicator purely on Evil Speculator traffic pattern. It really starts getting interesting when the trolls start showing up and I actually had to manhandle a few in the past few days. Prechter bashing on other sites is also on the increase again – after everyone called him ‘the man’ on the way down. The snarkier the remarks the deeper the drop – so I’m looking forward to some real nasty stuff.

The patient bear will be amply rewarded. I am very much looking forward to fall – the season as well as the verb 😉