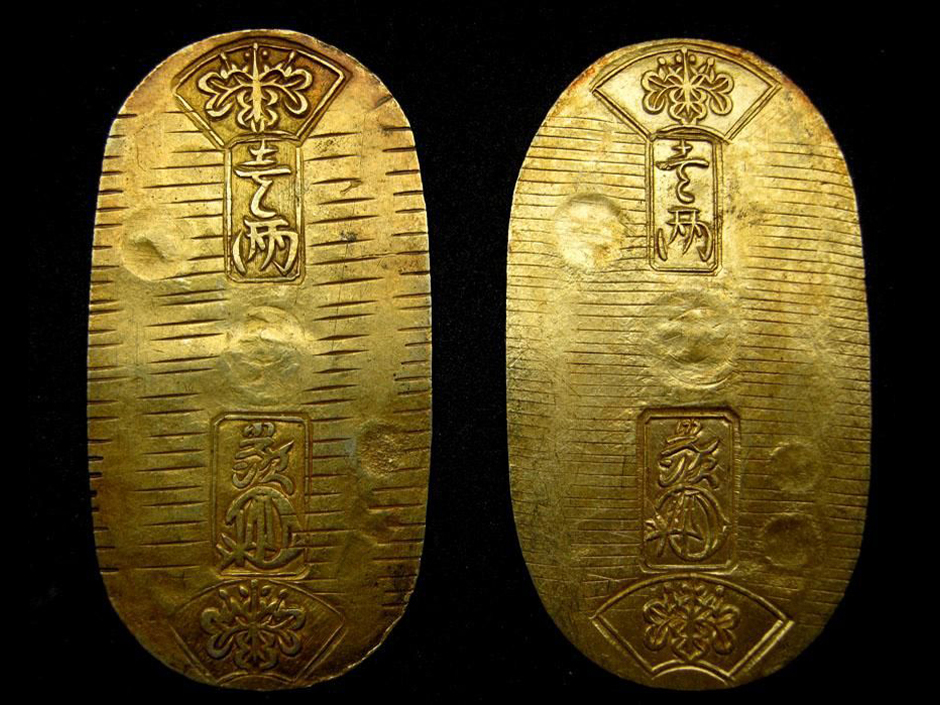 Gold has greatly benefitted from recent Dollar weakness and in particular due to its close correlation with the USD/JPY which began in 2015 and has continued to this day. In fact if you overlay the Yen onto a gold chart then you will see that they follow each other very closely, with the latter usually leading large swings to either side. 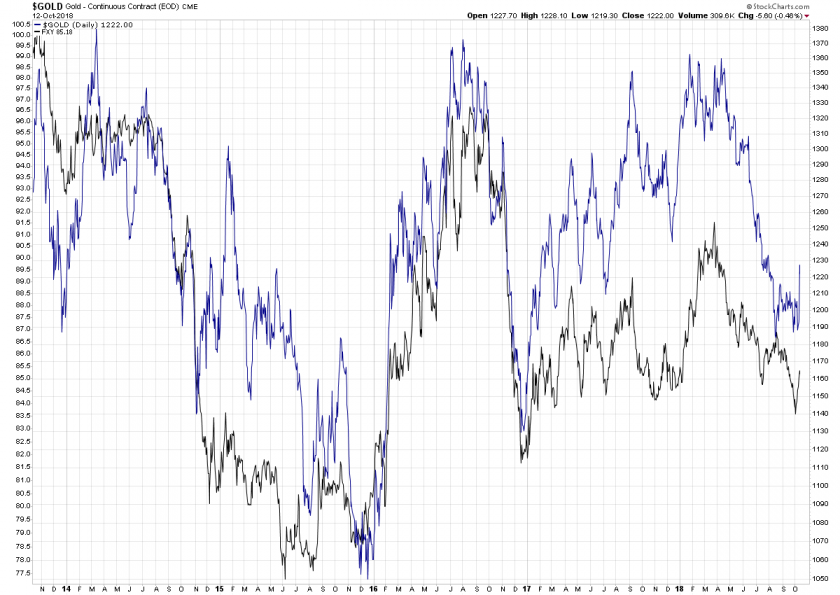 The reason for that are mixed and interpretations/opinions are aplenty. But in essence both gold and the JPY are thought to act as safe haven assets, which in both cases obviously is debatable. I frankly don’t really care as all I worry about is how to take advantage and further my ongoing mission of nefarious market domination. 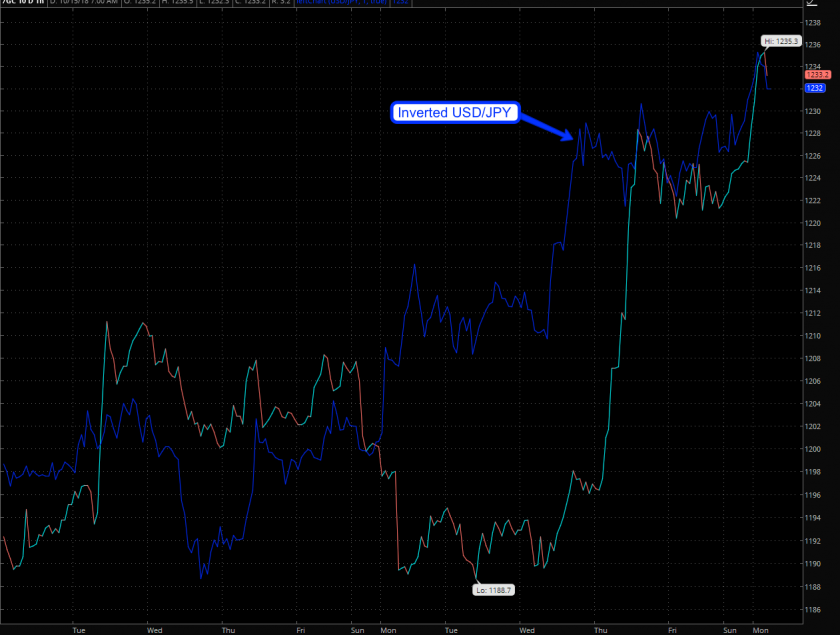 But in  case you care: my take is that the Yen and gold continue to move almost in unison is because the dollar/Yen exchange rate is driven by a similar underlying force as gold: real interest rate expectations which in turn is tied to anticipated inflation. This holds especially true for FOMC, BOJ, and ECB interest rate announcement days, which produce almost identical swings in both gold and the Yen. 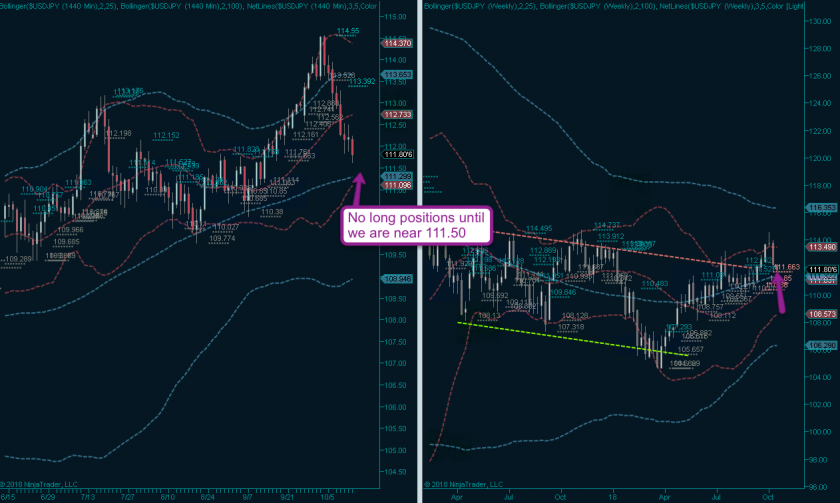 Now on the USD/JPY side of things we’ve been seeing a pretty systematic sell off over the past two weeks which I believe will probably get us to near 111.50. As you may recall, when the cross broke out initially I was proposing such a scenario in hopes of being able to find a juicy buying opportunity near the red neckline I drew on the weekly chart.

My approach over the coming week will be to monitor the Yen for a drop to near 111.50, preferably followed by a nice spike low and perhaps even a small retest. From there I will look at acquiring a few small long positions in hopes of a reversal move higher. Which isn’t guaranteed of course but this is the idea. 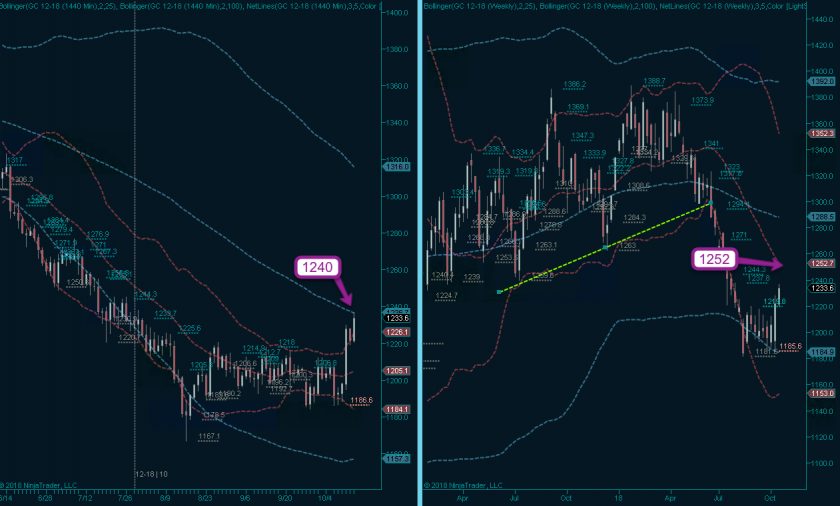 On the gold end f things we are already pushing into possible resistance on the daily panel, although I must admit that this 100-day SMA has not been touched less than a porcupine in a petting zoo. So here we’ll have to wait for a Yen reversal confirmation before even thinking about short positions. 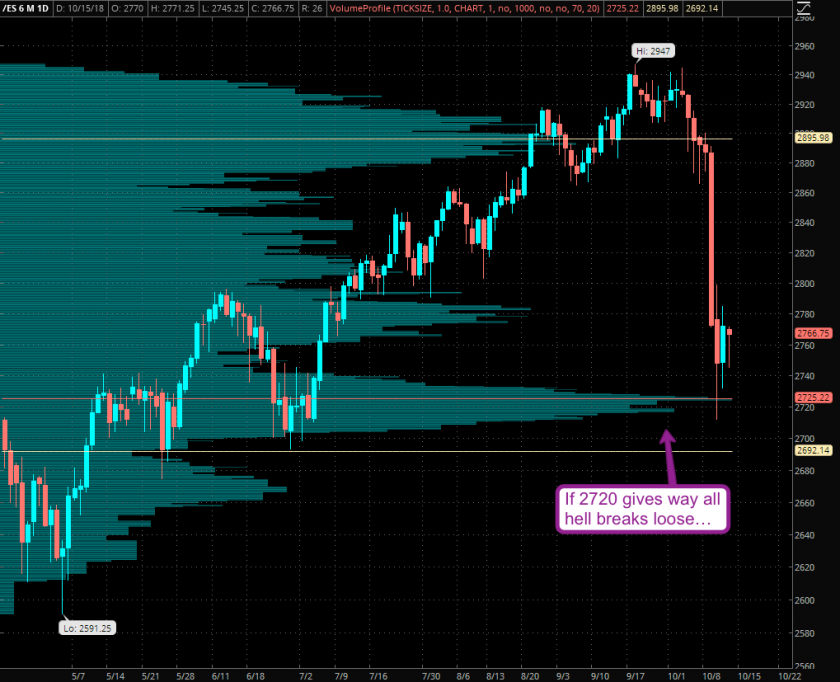 I don’t have much to add in respect to equities – the thoughts I posted last Friday still hold true. However one chart is probably well worth observing and it’s the volume profile on the E-Mini futures. We are looking at quite significant historical volume all the way through 2700 and IMO a breach through that mark would most likely unleash the hell hounds.

Until that happens lottery ticket fishing is permissible but I would recommend that you keep your position sizing small and your stops two extra bagel throws away. Come to think, I keep saying that a lot over the past few months – it’s been a rough trading year and I hope you all managed to make it through with your trading accounts intact.