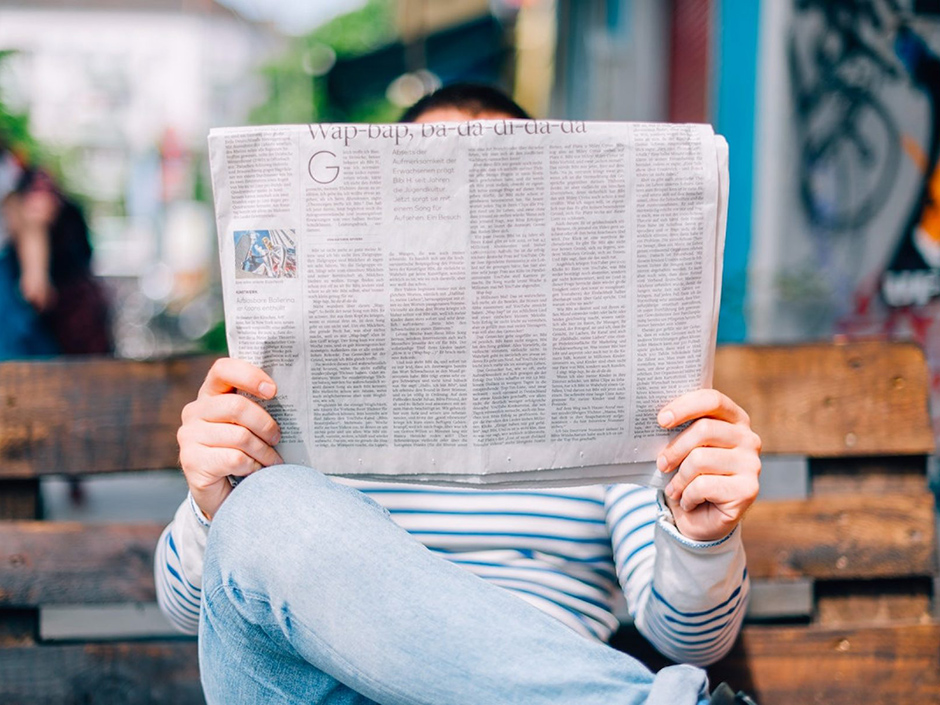 Okay let’s start with the BAD news first and then top it off with some GOOD news. We certainly could use more of the latter these days. First up the financial markets as a whole are royally screwed. Only exception perhaps would be energy and commodities right now (later down the line they’ll crash as well, but we’re not there yet).

So if you’re hoping for some miraculous new leg up in the stonk market, fuggedabouddit.

The best we may see is a bear market rally to pull in a few more bagholders. Remember all that talk last year about inflation being transitory. Well, I called horsewash on that back then and now raise you a steaming pile of bullpucky.

As you’ve probably heard, the latest inflation numbers came in “higher than expected.” Yeah no kidding Sherlock…. let’s stop pretending for a moment and instead look at some harsh reality. Here are some price increases YOY per the latest CPI report: 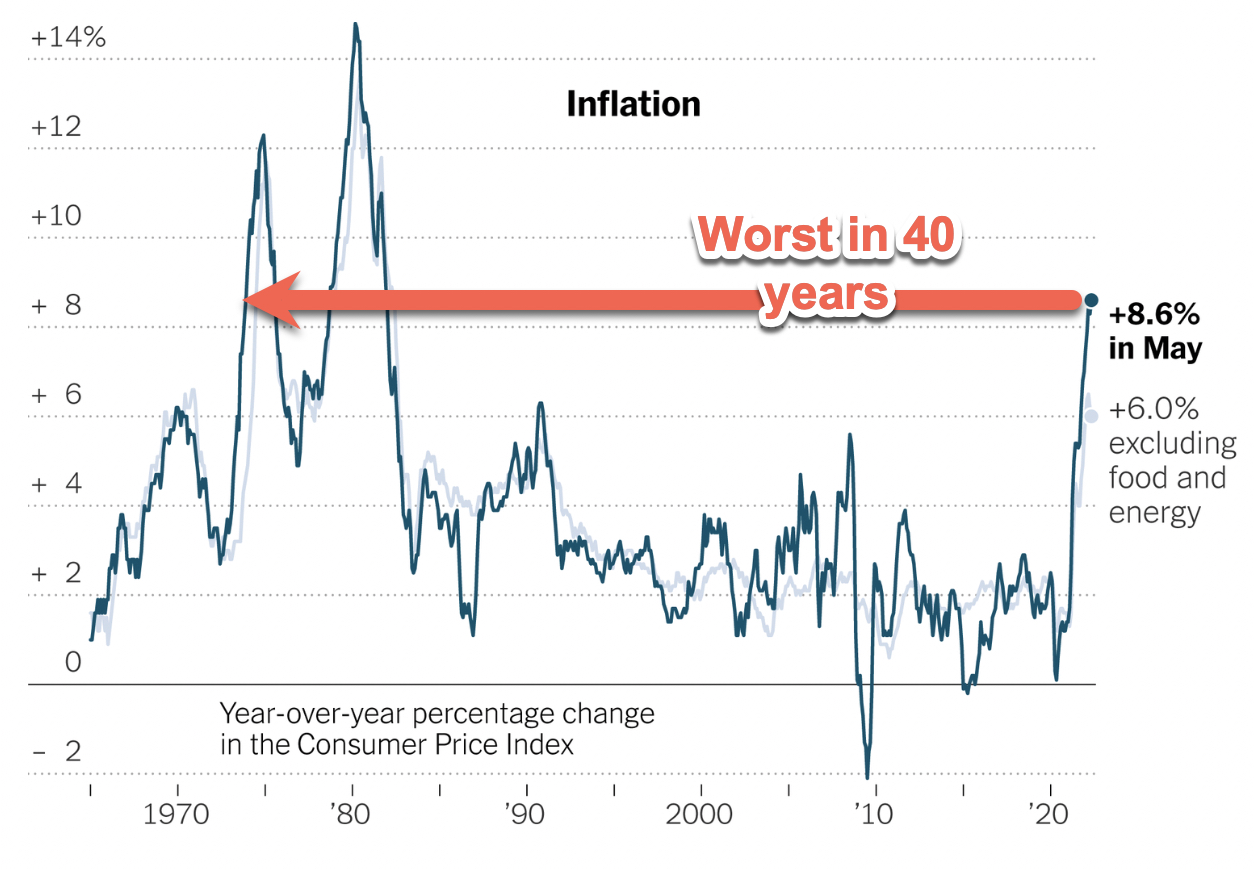 You get the idea. There won’t be any miraculous recoveries. Why? Because it’s impossible with CPI numbers like these.

Above is the “flexible” CPI index which is the stuff you actually buy… and guess what, it’s up 22% YOY.

It’s like an invisible tax. And to avoid that invisible tax investors have to re-allocate away from the risky assets into safe boring stuff.

And the stuff that’s way out on the yield curve… speculative startups funded by VC money… SPACs…. shitcoins… ahem…

It’s all gonna be a bloodbath and there’s nothing the Fed or anyone else is going to be able to do about it.

Yes, this time IS going to be different. Just think about what options remain on the table at this point:

They can print money, sure….but…

They can’t print copper, you can’t print nickel, or uranium, or helium (used for chip manufacturing)…

They can’t print new ships to carry the shit we want.

The only thing they CAN do is reduce demand.

And how exactly can they do that?

Oh that’s the EASY part. Just toss us into a massive recession. On purpose. Raise unemployment (which is insanely low right now). 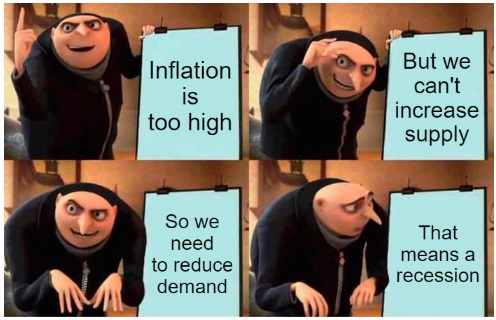 And honestly… go right ahead. That’s what the Fed should have done all the way back in 2008. Of course it’s way too late now – 14 years too late in fact – but that’s all there’s left to do at this point.

Except the problem is destroying demand might inadvertently make it more difficult to bring new supply online too.

It’s hard to get funding for a new nickel mine or oil well when the market crashes.

But really… why would you care about all that macro economic stuff? You’ve got a family to feed, a car to fill up, food to put on the table.

So here’s a handy financial survival guide for the next year or so:

Remember inflation is here to stay and it’s going to only get uglier from here on out. If you can buy property, anything that’s hard to get right now…. cars, tools, farmland, anything tangible.

And you’re going to think I’m full of it but YES – that is GOOD FOR BITCOIN – over the long term. Since bitcoin is profoundly deflationary, and nothing will change that.

Metaverse, Layer 2, DeF on the other hand… it’s gonna be a bloodbath.

Do NOT HOLD ANY OF IT.

Bitcoin is about the only thing that regular people can own that will protect their money from inflation.

Of course that doesn’t mean Bitcoin isn’t going to get hammered right now, as a matter of fact it’s already happening: 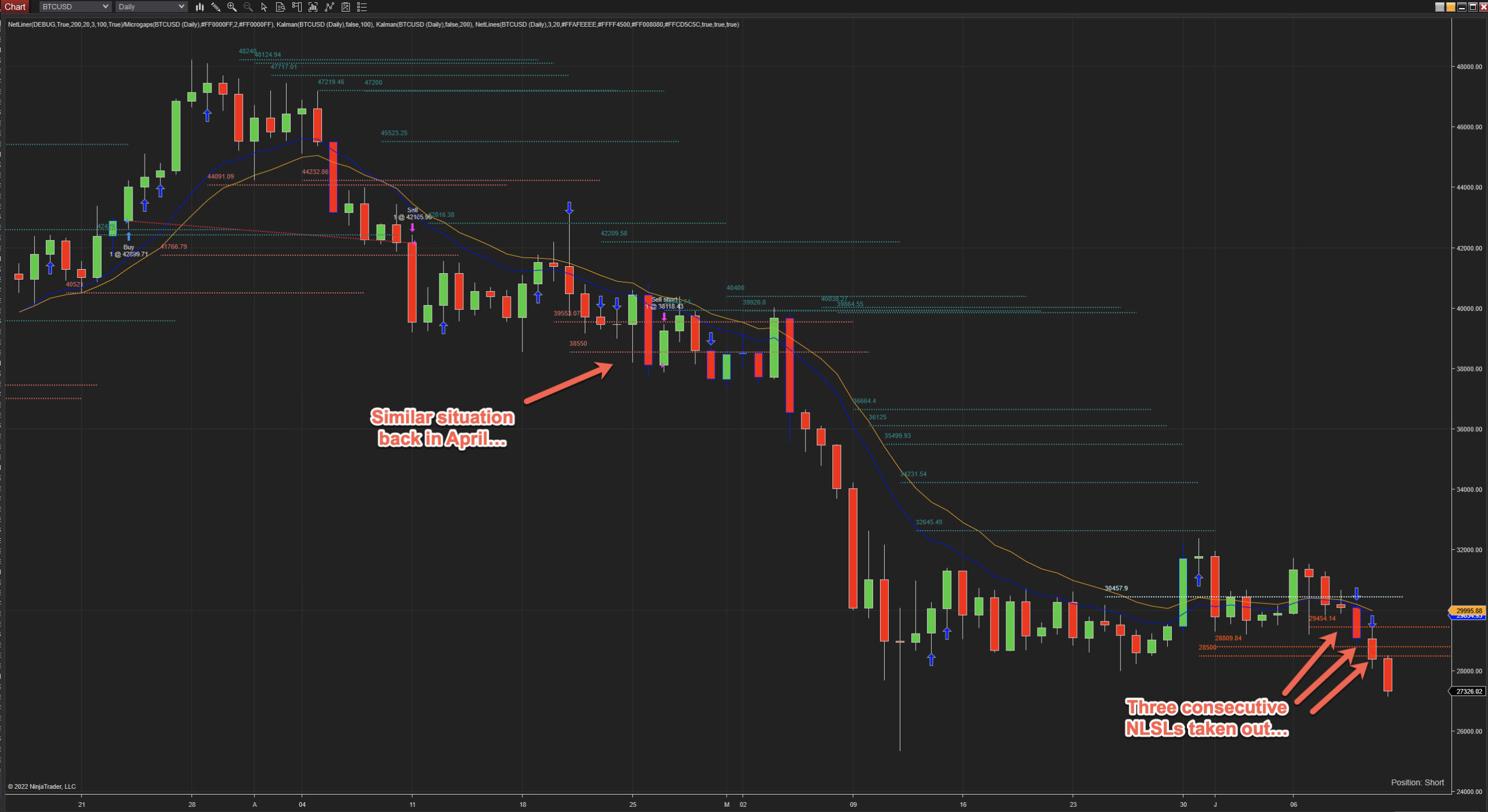 BTC/USD just sliced through three consecutive NetLine Sell Levels (NLSLs) after being unable to overcome a NetLine Buy Level (NLBL) it had been tickling for over a week.

Which probably means more downside and more pain ahead. YUK – it’s gonna get worse before it gets better.

So what am we’re gonna do about it? Stick our heads in the sand and call it a summer?

Well you should know me better than that by now…

Here’s a whole video I put together with some much needed GOOD news: