I’m a bit heart broken today as I lost a very good friend this morning. His name was Squeaky and I adopted him from a neighbor who was moving sometime in 1996. By then he was about 1 year old so I think he made it to around 16 years – not bad for a feline suffering from renal failure. Now, I used to have a cat when I was a young kid back in Austria but I never had considered myself a cat person. But that quickly changed when I realized how smart and sweet this little guy was. Quite often when we talked about him and mentioned his name he actually answered from the next room. Suffice to say he quickly became an integral part of the family and his passing today affects evil Mole a lot more than he cares to admit. 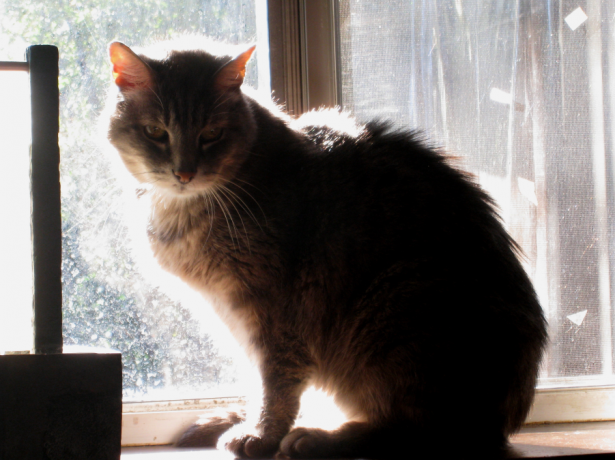 Well, we buried him in our beautiful bamboo garden and his grave is at the top of the Hollywood Hills overlooking the city of Los Angeles. I even carved him a nice tombstone out of a large piece of bamboo – heck, I’m pretty sure his grave is in a better location than mine will be when my number is up.

As you know I rarely talk about my personal life but this is something I felt like sharing with my fellow steel rats. I hope you can forgive me for being a bit quiet today – much of my day will be spent consoling Mrs. Evil and I have to concede that I’m a bit frazzled myself. Perhaps you can put up a nice word or two – it would mean a lot to me.