Great Place To Be Short

I know what you’re thinking – this is it, the Mole finally has lost his mind completely. Well, that may be so but let me assure you there is in fact method to my madness (mugabu – how the heck do you say that in Spanish?). Let me attempt to explain this in simple terms as to not overstrain your sleep and caffeine deprived rodent brains: 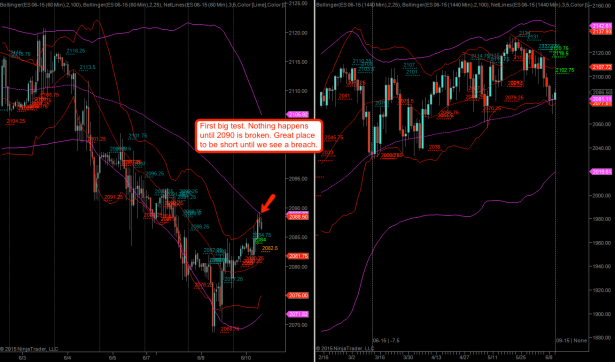 Just so happens that the spoos have managed to crawl higher overnight and are now back at the 100-hour SMA where a seller appears to be lurking. Admittedly we haven’t seen many touches in the past few days but that again also speaks to the fervor of the sell off that preceded the ongoing correction.

I actually think this has a fair chance to push higher – about 60%. So why am I trying a short here? Because this is the last best short opportunity with very limited risk. Looky here – I’m taking out a few shorts with a stop near 2090. Quite a lot of leverage given you use our futures risk calculator. And you’ll risk at most 1R but if it drops from here it’ll bank quite a bit more. On the flip side a stop out will most likely lead to a run higher – and that means I’d would flip for a long and put my stop below 2081 – a bit wider that stop but still tiny compared with the type of short squeezes we have seen in the past few years.

So in summary: the risk to reward ratio is pretty tiny here – and that means it is my patriotic duty as a card carrying market megalomaniac to get positioned. And so should you but I’m not your daddy (unless you’re cute and under 140 pounds).

And while we’re talking light math, let’s clarify this one once and for all: It’s called an exponential curve and not a parabolic one. Have a big sip of Java and try to follow along here:
Exponential vs. quadratic functions:

Quadratic functions are actually more related to linear functions and are of the form:

See the graph below.

If you change the quadratic coefficient from 2 to 3 then see how the curve widens (looks the same but it reaches higher, Einstein).

Quite a difference. Human crowd behavior is a lot more akin to exponential moves than to a quadratic function (i.e. forming parabolas). Yes smart ass, the fall always follows the rise but it doesn’t return to its origin 😉 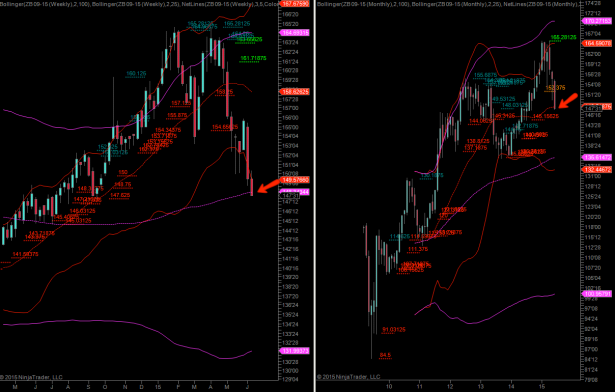 Bonds are in the process of diving through both weekly and monthly support. This is actually quite a big deal and there’s nothing but air below. I’m still looking to play a bounce here but it’s equally possible we’re going to see a big slide. If I see a possibility to play either side I’ll let you know. 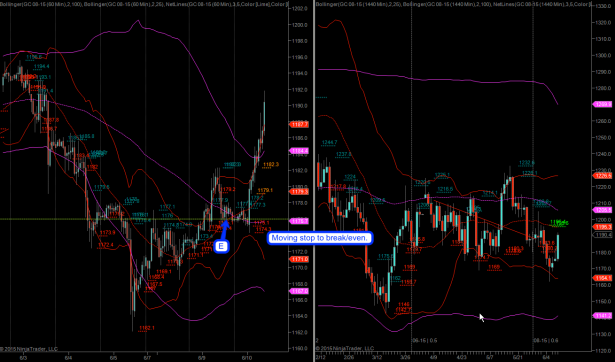 Gold seems to be rather happy to see me. Picture perfect entry there yesterday and I’m moving my stop to break/even.

Alright, I’ll dig around for more charts and add them here if I find anything juicy. 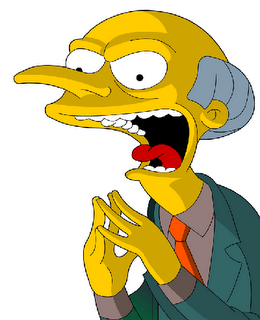