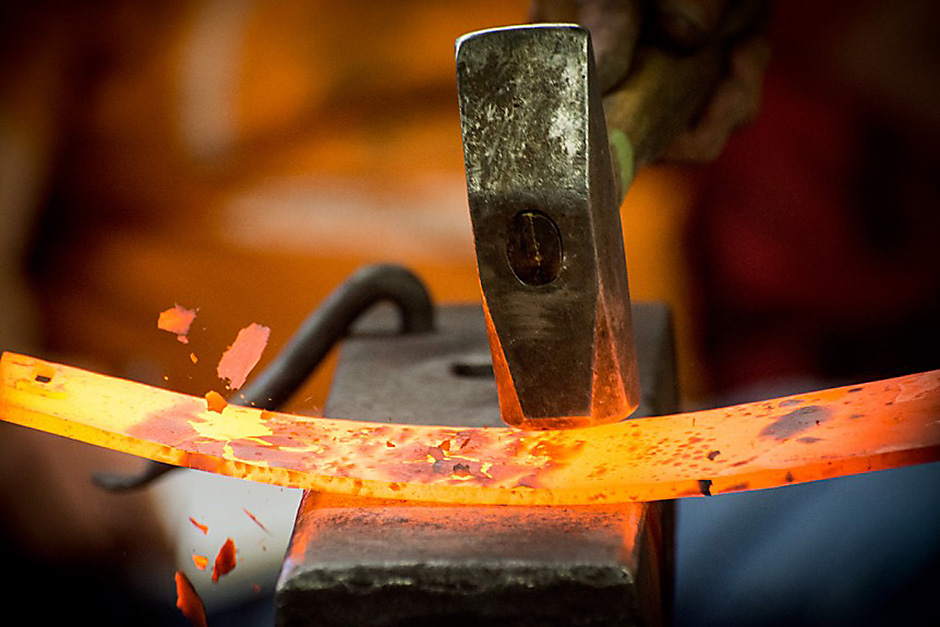 No worries, I am going to spare you the MC Hammer video today as I think you guys have suffered enough lately. But it is time to swing the hammer as the iron looks pretty damn hot to me. Of course given the market limbo we are still facing with nine more days to go until the election it is quite possible that this setup will once more find itself on the ash heap of trading history. But we just don’t know, do we? You may just take a look at the current configuration a few weeks from now and after a facepalm lament why the heck you didn’t go short here. Or the perhaps opposite – this was nothing but another sideways correction – I knew it! Yes, in hindsight it usually all makes total sense. Unfortunately until Stewie gives me back my time machine we’ll just have to trade the tape right in front of us. 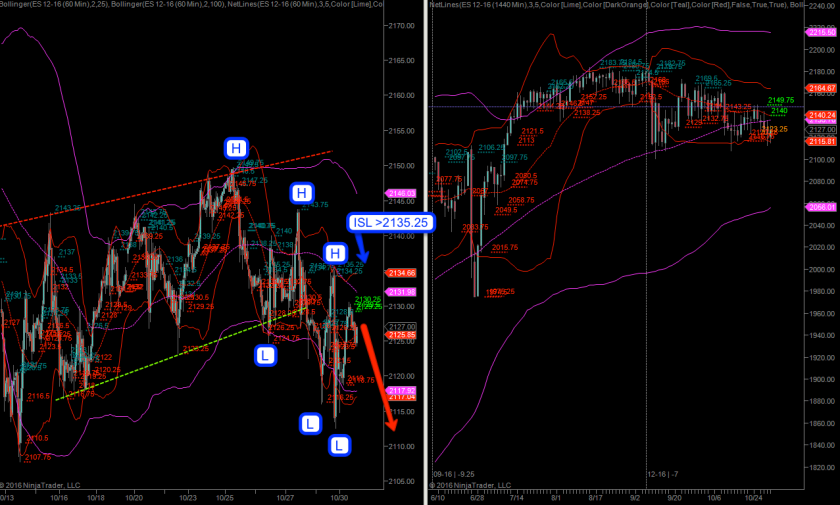 So let’s do just that, shall we? What I’m seeing on the ST panel over the past few sessions is a series of lower highs and lower lows. I love those as it makes my life extremely easy from an entry perspective. Meaning – go short after a spike high with a stop above the previous spike high. Done – nothing much to say about it UNTIL that previous spike high has been breached. If that happens we are actually in good shape to be long with a stop below the recent spike low. And so on – this is how we navigate the mess, by using the churn in our favor. Sideways markets can be hell yes – but the whipsaw does produce context over time we can use to our advantage. It’s all a matter of perspective – and trading capital

In case you’re wondering, I’m still short from last Monday but if I wasn’t then this is where I would swing my own hammer as this is irresistible from a purely technical perspective. Yes, I’m of course concerned with event risk but if that’s your worry then you’re better of not trading until the election is over (and neither of the candidates is calling for an investigation of voter fraud). 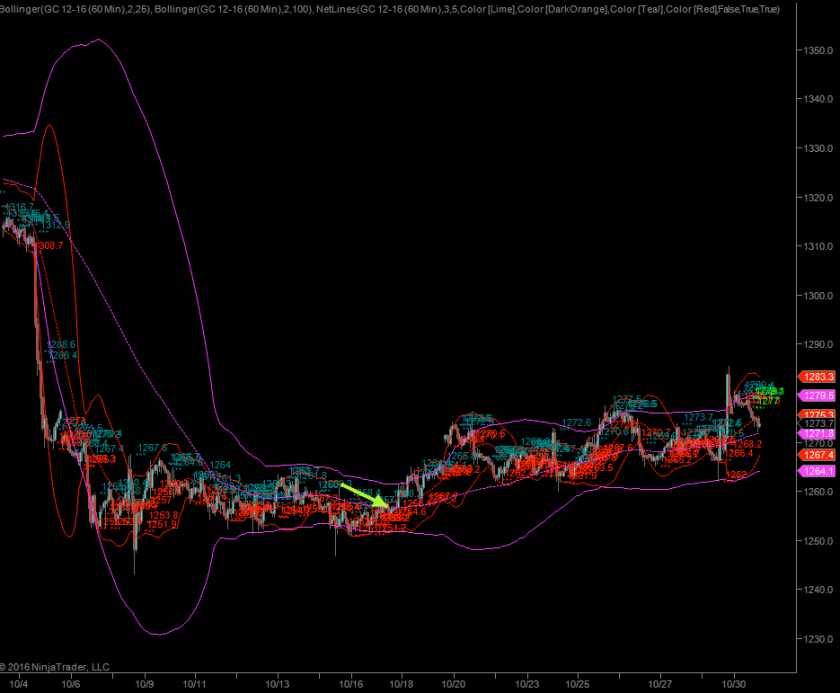 It’s difficult to predict what gold is going to do here but what is clear is that it has continued to coil up since we took that entry near 1257 and the general trend seems to be pointing higher. The more context we produce above that the better for us of course. If I wasn’t long here already then I’d most definitely pull the trigger now but my stop would have to be where I currently have it below 1250. I do maintain however that once this one takes off it’ll be a beauty to behold. 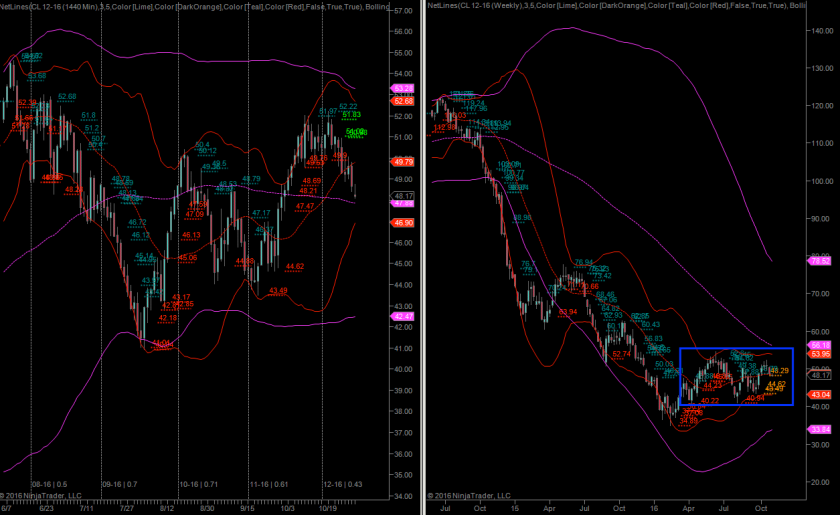 A lot of folks are so captivated by the recent churn in crude that they seem incapable of seeing the forest for all the trees. On a long term basis the recent gyrations are actually extremely positive as they will – on a later date – provide a solid base from which to launch long positions. Now that may be soon or it may be some time next year – another drop lower is definitely in the cards. But in either scenario all the nonsense we experience now will be of value later down the line. Yes, the Mole most definitely prefers the long con… 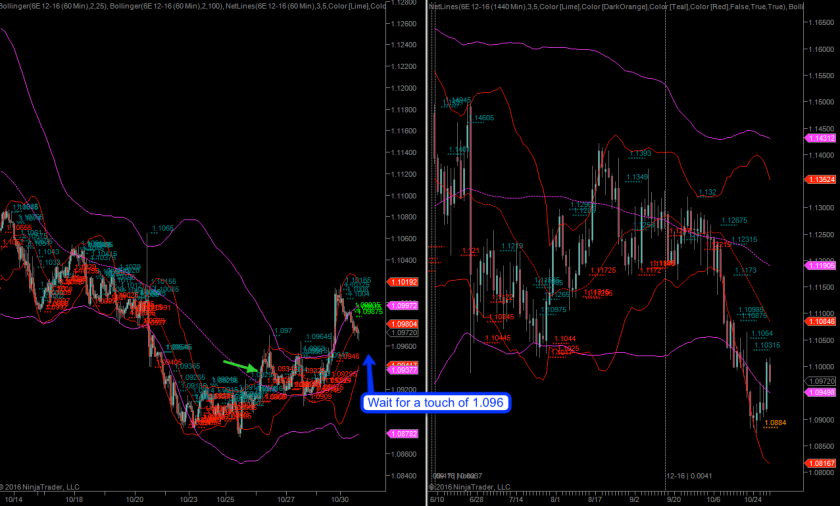 The subs and I nailed a pretty nice entry on the Euro last Thursday but it seems another revisit of the 100-hour SMA is now in the cards. So if it descends back below 1.096 then don’t be shy – you know what to do.