A very merry Friday the 13th to all my stainless steel rats. T’is the season to be evil! So let’s wet our beaks on the sweat of hapless retail piggies now being led to the slaughter. 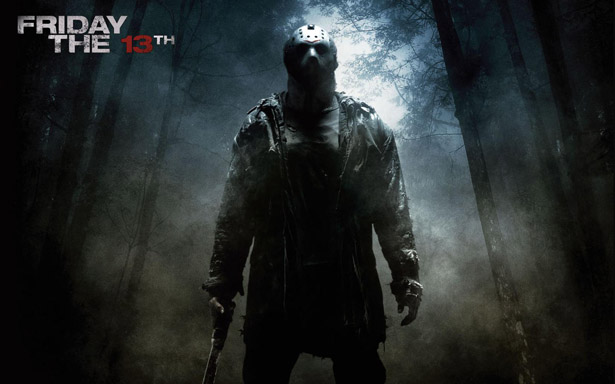 Please be careful when wielding any sharp objects and don’t forget to wear your mask. Not that it really matters that much – if you leave no witnesses!

Truth be told I’m a bit banged up after dislocating my back at the gym last night. So the ole’ chainsaw will have wait in the woodshed as I scheduled an appointment at my gay sadistic Chinese chiropractor. So forgive me if I’m a rather brief today as I’m in in pretty bad pain when moving about and haven’t even found a moment for breakfast yet. But there’s a bit of panic in the market and the Mole owe’s you a post – let’s dig right in:

Well, my growing paranoia in the past days was validated this morning. The spoos dropped like a rock and bounced at the 100-hour SMA – thus far. I’m not entirely convinced this move is done yet and thus I have pointed out possible support clusters. Actually on this topic I have not much to add to yesterday’s update – if you are a sub please go and check it out for a refresher. 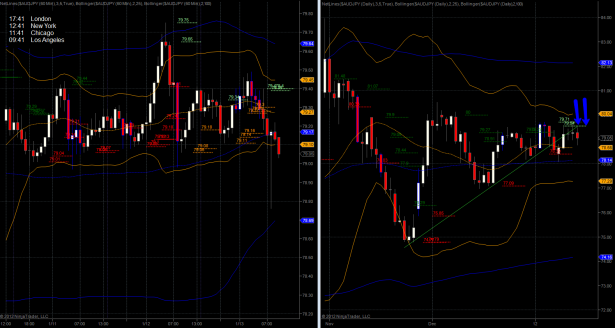 Since it’s an official evil lair holiday I’ll give this one away for free. The real chart to watch has been and remains to be the AUD/JPY. That upper 25-day BB plus those two daily buy Net-Lines thus far acted like a brick wall. The 79.71 NLSL is good until Monday and the one at 79.54 until Tuesday (roughly – the five session rule is entirely arbitrary).

So instead of the spoos I am watching the AUD/JPY when it comes to gauging the situation over in equities. That diagonal I painted is now starting to turn into resistance and unless we pop higher here in a jiffy we may just test 78 or 77.3 on the AUD/JPY. Also note the diagonal formation, which suggests that we are coiled up and that any ensuing move may be rather violent.

Bottom Line: Don’t forget that Monday is an NYSE holiday, so we’ve got a weekend plus a Monday session to bestow us with plenty of rumors, drama, and currency interventions out of Euro-trash land. So holding a boatload of positions over the next three days (either long or short) may be extremely bad for your health and doctor Mole suggests a rigorous diet of cash only and maybe a teaspoon of OTM options if you decide to live dangerously. I would not take any serious bets here though and I would also be very careful about calling bottoms (or tops on a medium term basis). IF you were short on Wednesday or Thursday then fine – holding them is maybe worth the risk as you have a bit of a buffer here. But please don’t chase this sucker to the downside or you may find yourself on the wrong end of my chainsaw.