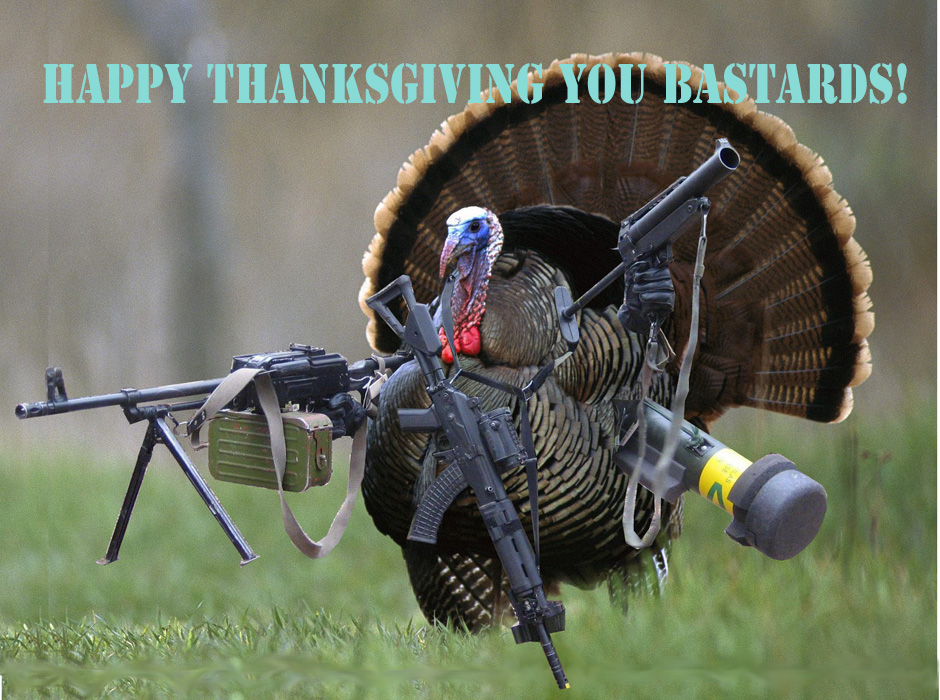 That’s how bad it actually has gotten at this point. When I added the title for the featured image I hesitated for a moment pondering if someone would actually take offense to what’s obviously a screwball attempt at portraying a militant battle turkey intent on surviving this year’s great annual slaughter. Then I however remembered the daily onslaught of politically incorrect jokes the GoldGerb has inflicted on us over the years and thus kept it as is. So if you’re insulted you know who to blame.

And after all, as a born German it took me years of relentless Monty Python exposure to develop a rudimentary understanding of what is considered anglo-saxon humor, and thus having earned it the hard way I intent to carry it with me into my grave. Sad sign of the times we live in however when everyone is starting to look over their shoulder before posting or saying anything that could be interpreted as even borderline controversial. Trust me on this, once humor goes out the window or is politically mandated we basically are all done for! Just look at Germany. Unfortunately judging by today’s rank and file of popular comedians we seem to be heading straight to hell in a hand basket. 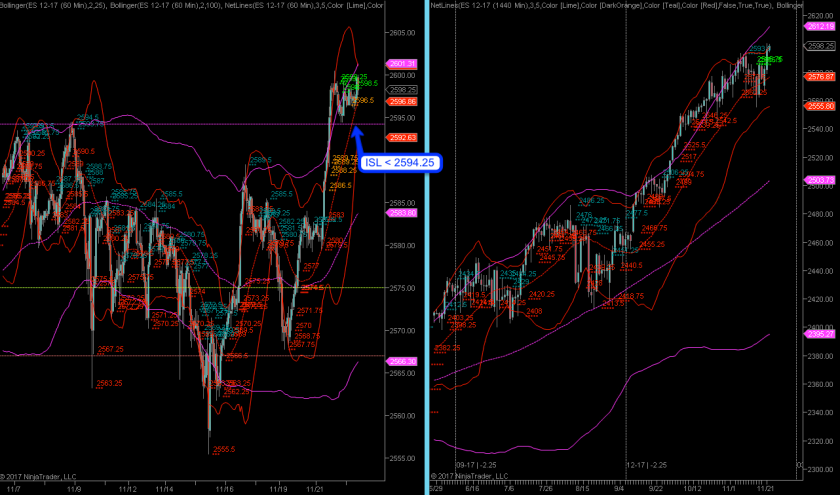 Anyway, it seems most of you guys are reading this whilst stuck in pre-holiday traffic or while incredulously sipping on a $15 water bottle at some dingy airport, so I’ll be brief. The E-Mini campaign continues to print coin, albeit it seems to be slowing down. I’m now moving my trail a tiny bit higher just below 2594.25 which locks well over 2R in ill-gotten coin. Why couldn’t they all be this easy!!?? 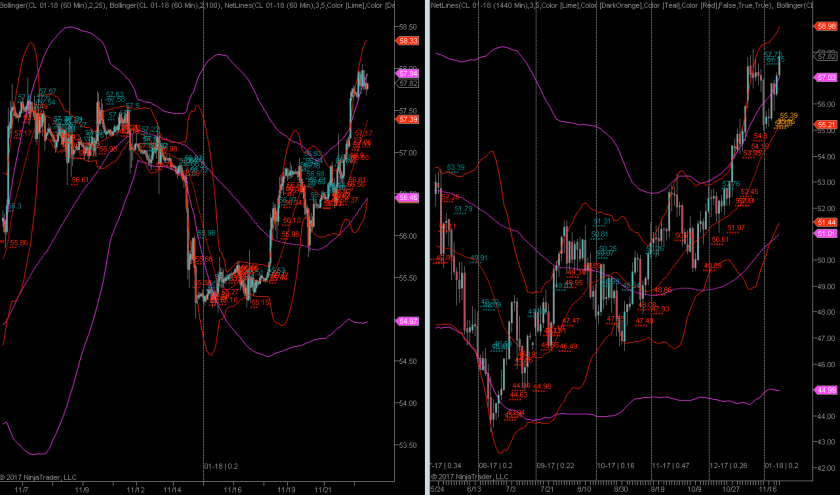 Unfortunately jus as feared crude took off without us. It seems some of you guys actually snagged a long position – chapeau!! I’d move my stop a bit > break/even and leave the rest up to the tape. 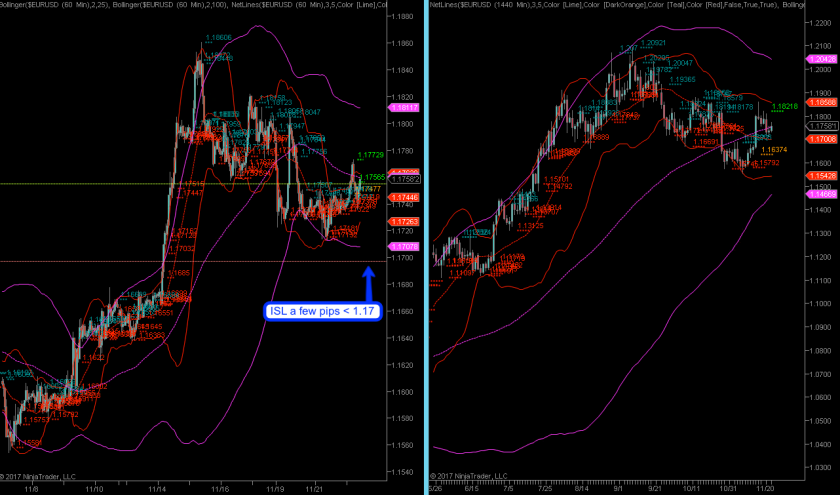 Holidays shmolidays – the EUR is now painting a potential floor pattern and I’m long here 1/3R with a stop below 1.17. Fortunately forex trades through Thanksgiving as it’s a global market and I won’t have to deal with being locked in a bad trade all the way through Monday.

Alright guys, this is it for me this week and I hope to see you all bright eyed and bushy tailed next Monday. Happy Thanksgiving!