Have Your Cake And Eat It Too 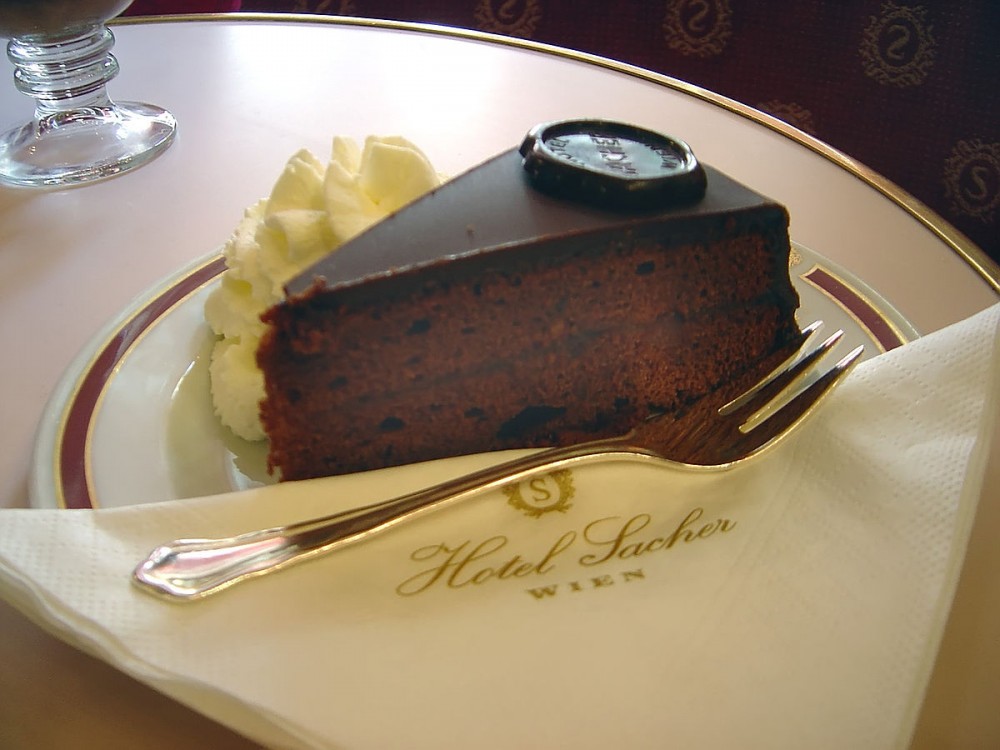 The old saying goes that can’t have your cake and eat it too. However that is exactly what the Federal Reserve is apparently attempting to accomplish at the moment, as chairwoman Yellen continues to assure that a rate hike is just around the corner, and this time it’ll absolutely be for real. Of course invariable by that date absolute economic perfection has yet to be achieved which naturally is why any meaningful hike in the federal funds rate continues to be looming just around the corner, in perpetuity.

Until recently the strategy has been to simply postpone rate hikes for the next time or to the next quarter, with only one or two actively voting FOMC token members in opposition. However now it appears that an internal rift of sorts has developed in that one side is preaching caution in a low-inflation environment while another worries over the price of delaying. So if you’re worried about the value of your Dollar savings and your purchasing power swirling down the toilet bowl then this news isn’t exactly encouraging. It seems that almost a decade of systematic fiat currency inflation has accomplished absolutely zilch. Yes, equity markets remain at record highs, but so are real estate and rental prices, insurance premiums, food prices, the number of college loans, car loan defaults, etc.

If I would decide today to close down this blog, abandon trading altogether, and go back to work as a software engineer then I would most likely be hired at the very same salary (outside of Silicon Valley) that I was able to pull right before the tech bubble burst in 2000, most likely with inferior benefits. That was 17 years ago and salaries effectively have remained flat in the tech and many other white collar sectors. If you are a blue collar worker you’re either screwed or are running your own shop working 12 hour days to make due. So much for quantitative easing and the impact it had on the U.S. economy, the housing market, the employment market, education, etc. We live in an epoch in which two parents working full time are barely able to buy a house and maintain a decent living standard. And every Dollar they are able to save for a rainy day continuously loses 2.2% on average each single year.

But why worry? I remain certain that one day in the not so distant future milk and honey will finally be flowing out of our faucets and genetically engineered ducks will begin to excrete golden nuggets. At which point Mrs. Yellen or her successor will undoubtedly feel confident enough to raise interest rates by one or two basis points. 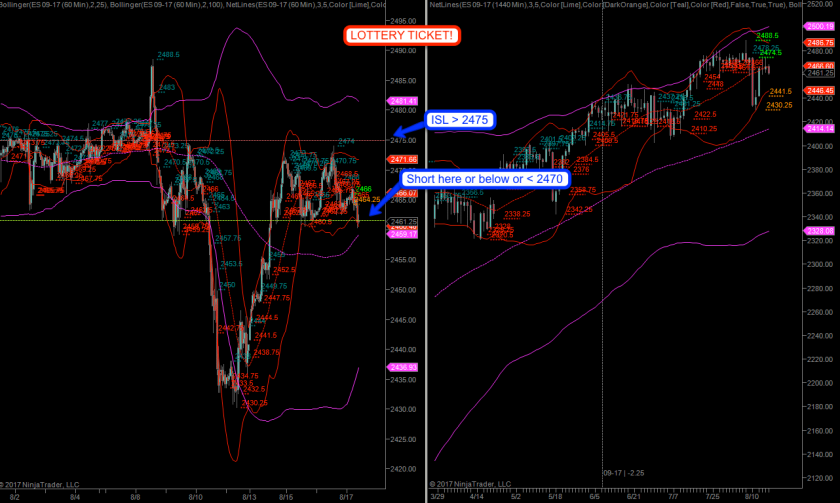 Alright, enough of the bitching, we have some setups to attend to. Equities are hanging by a thread here and I give it a 70:30 chance that we’ll see a bounce today. However, that said – if the unthinkable happens equities would slide pretty rapidly from here. WHY? Because we had an exhaustion spike higher followed by a rapid slide, followed by a quick reversal which then begot a bit of sideways rub-your-hiney confusion. A drop from here has the lowest odds but promises a high reward/risk ratio.

So it’ll be a lottery ticket right here or until about ES 2470 with a stop five handles away depending on your entry. FYI after 2475 this setup is BUST and the bulls are once again in charge. 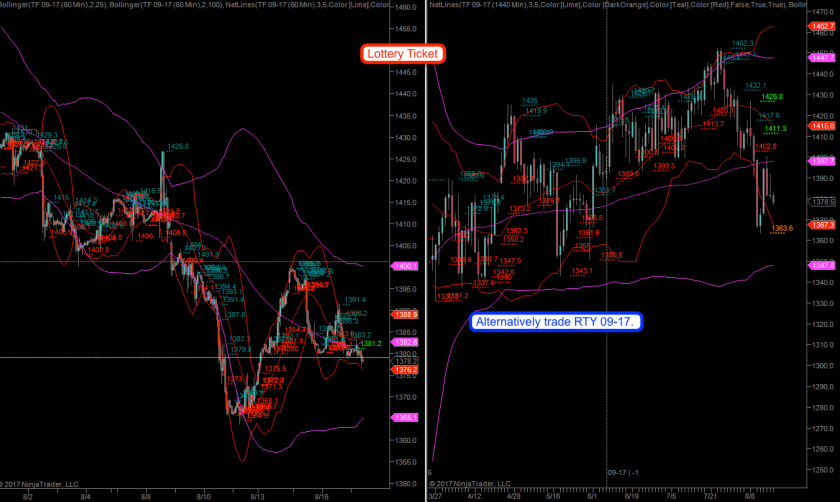 By the way although my position is only 0.25R I am splitting it between the TF, alternatively you can also play the CME’s RTY-09-17 which is still picking up liquidity. 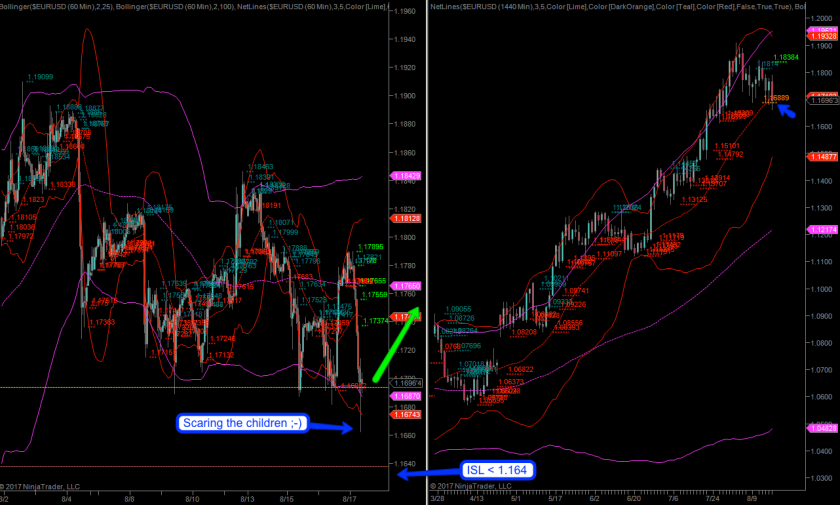 Another lottery ticket I’ve granted myself today is the EUR/USD. As you know I have been fervently hoping for a drop through that daily NLSL, which would be the signal that the Euro is finally ready to paint a meaningful correction. Which is exactly why it has very low odds of succeeding of course, thus I am long here 0.5R with a stop below 1.164. Note that little ‘scare the children’ stab lower which undoubtedly tripped a boat load of stops. Cheeky bastards! 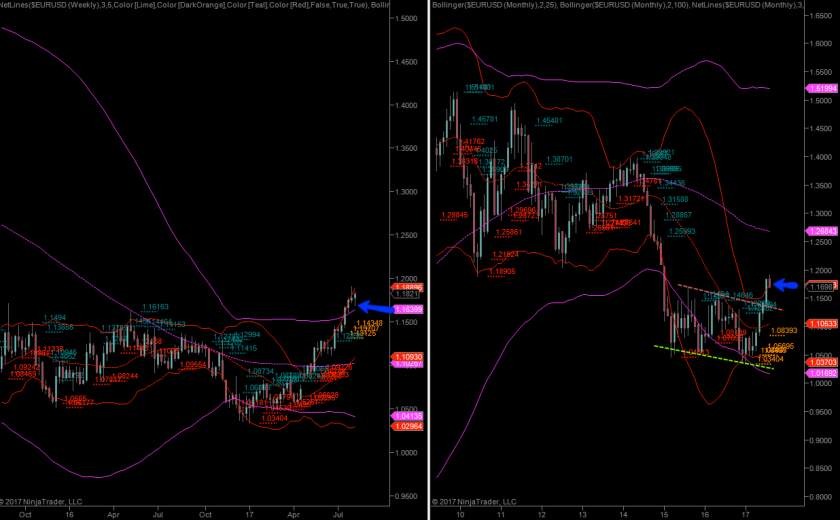 The LT perspective remains to be extremely bullish of course, just look at those charts! And I’m pretty sure that those EUR specs don’t believe a single word of what came out of the FOMC yesterday. Odds support a run higher here unfortunately, as much as it pains me. Well, of course this one is easy for me as unlike you I live in Europe and earn in Dollars. So no matter which way it’ll swing – I win 😉 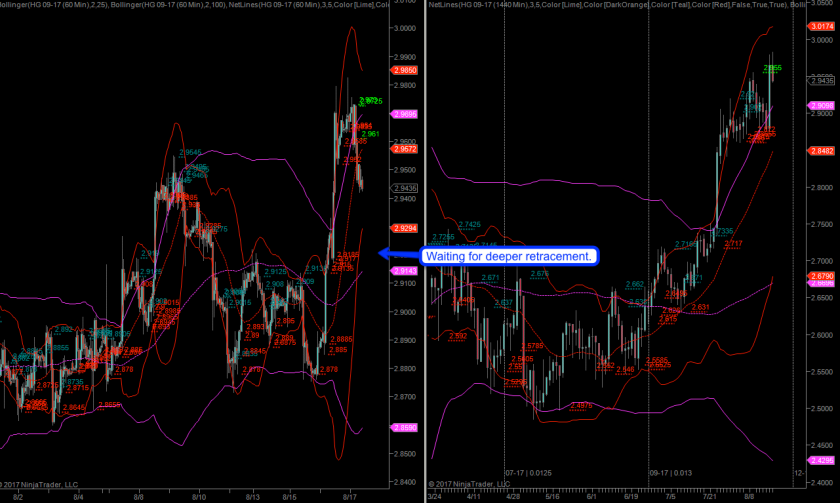 Copper is now on my watch list for a long entry near 2.92 – my stop would be (you guessed it) below 2.87. This is a pretty nice retracement but I think copper can do better. Let’s hope it’s in the mood to humor my outlandish request.

Two more exciting setups below for my intrepid subs:

By the way in case you wonder, the featured image for today shows a very special type of Austrian style cake called the Sachertorte. As much as I love American style sweets, tarts, chocolate, candy bars, etc. when it comes to cakes and deserts you simply can’t beat either the French or the Austrians. If you ever have the good fortune of finding yourself anywhere in Austria, and especially in an old fashioned 19th century ‘Kaffeehaus’ (coffee house) in Vienna or Salzburg, then do yourself a favor and order a slice of Sachertorte with Kaffee (coffee) and Schlagobers (whipped cream). The latter goes not only on your tart/cake but also in your coffee. After which you will most likely feel tempted to buy a set of lederhosen and then permanently settle in Austria where you will slowly but happily die from obesity.