I had a late start today as I had a lousy night. First thing I usually do when I wake up is to grab my iPhone to look at Mr. Zero. I can’t say that I was happy to see the spike up this morning but I frankly wasn’t surprised either. 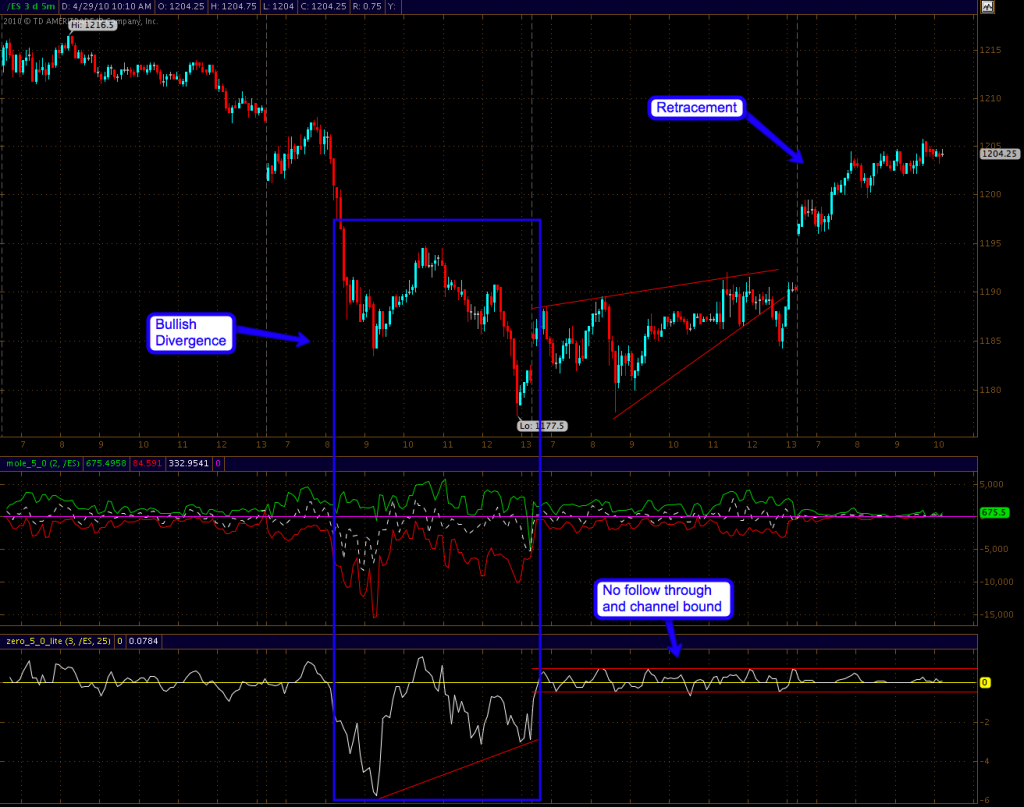 The signals we’ve seen on the Zero Lite for the past two days were almost textbook and strongly pointed towards a snap back. Remember when I told you to take profits on your short term puts on Tuesday? Well, I hope you did 😉

Alright, we are now finding ourselves at an inflection point for the bears. I had warned about letting this opportunity slide and it seems we are but a few handles from Bear Armageddon.

More below for magic ring owners: 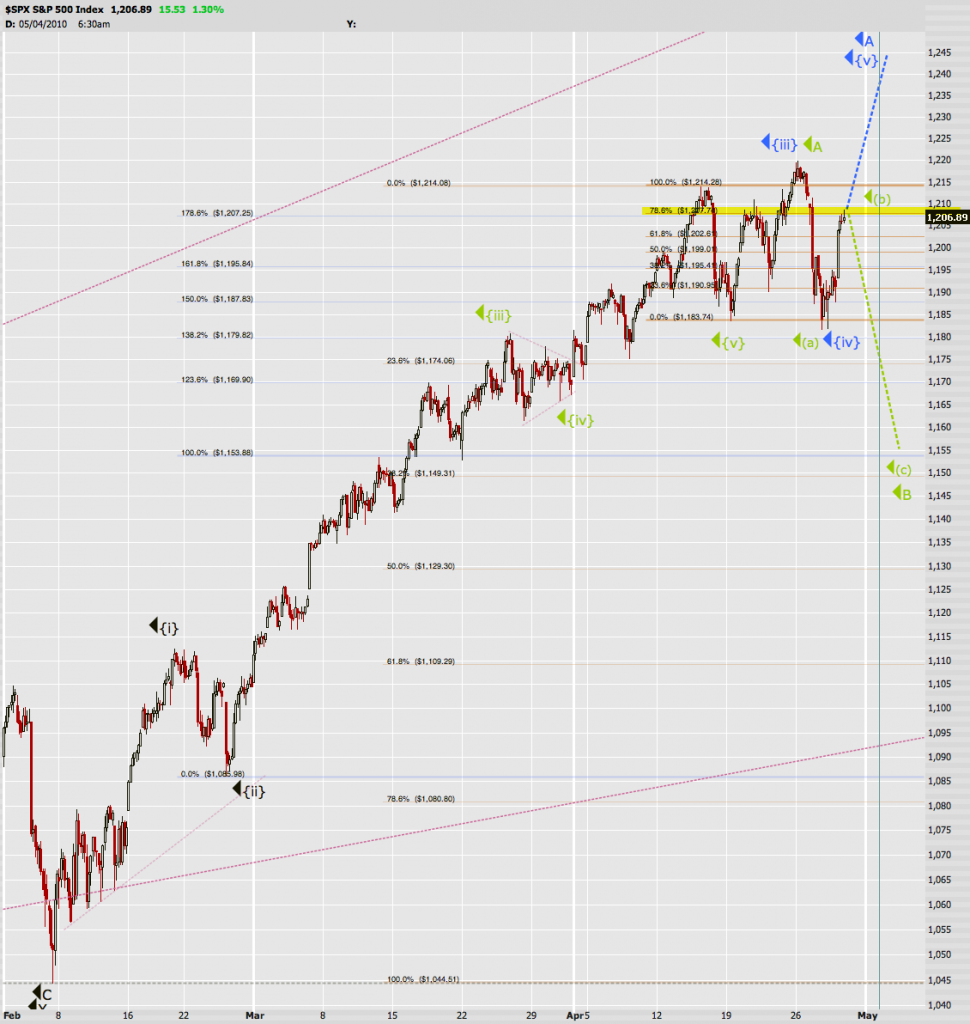 We are yet again at the 78.6% fib line counting from the first drop down. Since Tuesday’s dip is near that I’d call that line good enough for government work. A breach above technically does not disqualify the green scenario – only new highs would do that.

The Zero Lite is flat as a flounder right now – usually a precursor to a big move. Which way it’ll swing I don’t know yet. Let me dig around for more clues and I’ll chime in shortly.

2:25pm EDT: While we are waiting for this market to make up its mind I’m parsing for symbols. 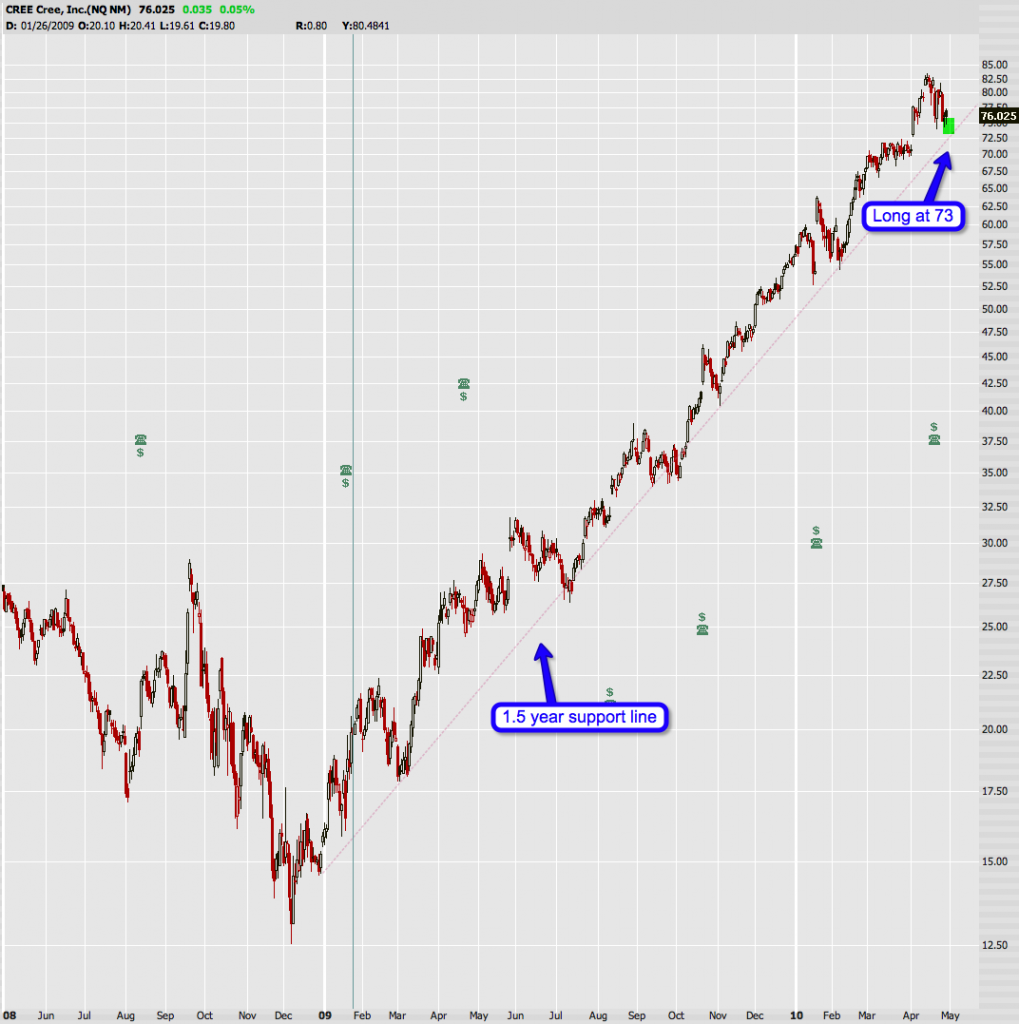 Here’s a first one – CREE – part of the Nasdaq – semiconductor stuff. I see it near the end of a retracement. Chances are that support line will hold up. Easy to go long around 73 set a stop around 70. Careful with options – if you use them go more long term as ATR on this thing ranges between 2% – 4%. It makes a good delta hedge though I think. 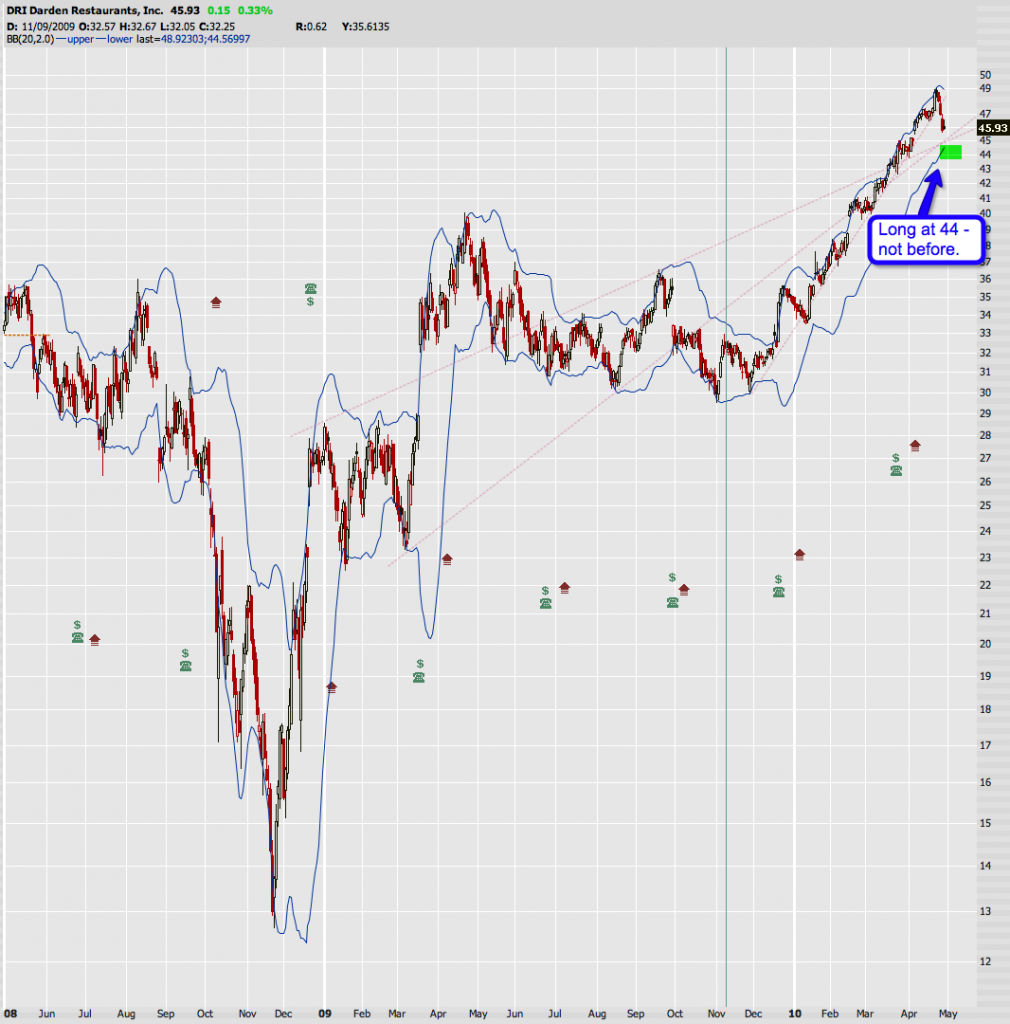 I’d set an alert for 44 on DRI – yes, it broke that trend line but I have an inkling it’ll bounce at that 2.0 BB, maybe half a handle before. Stop slightly below, maybe 43. This thing is slow – so no options on this one. If you are crazy (and have margin) you can sell puts – I personally do not and would not recommend doing that unless you’re a pro. 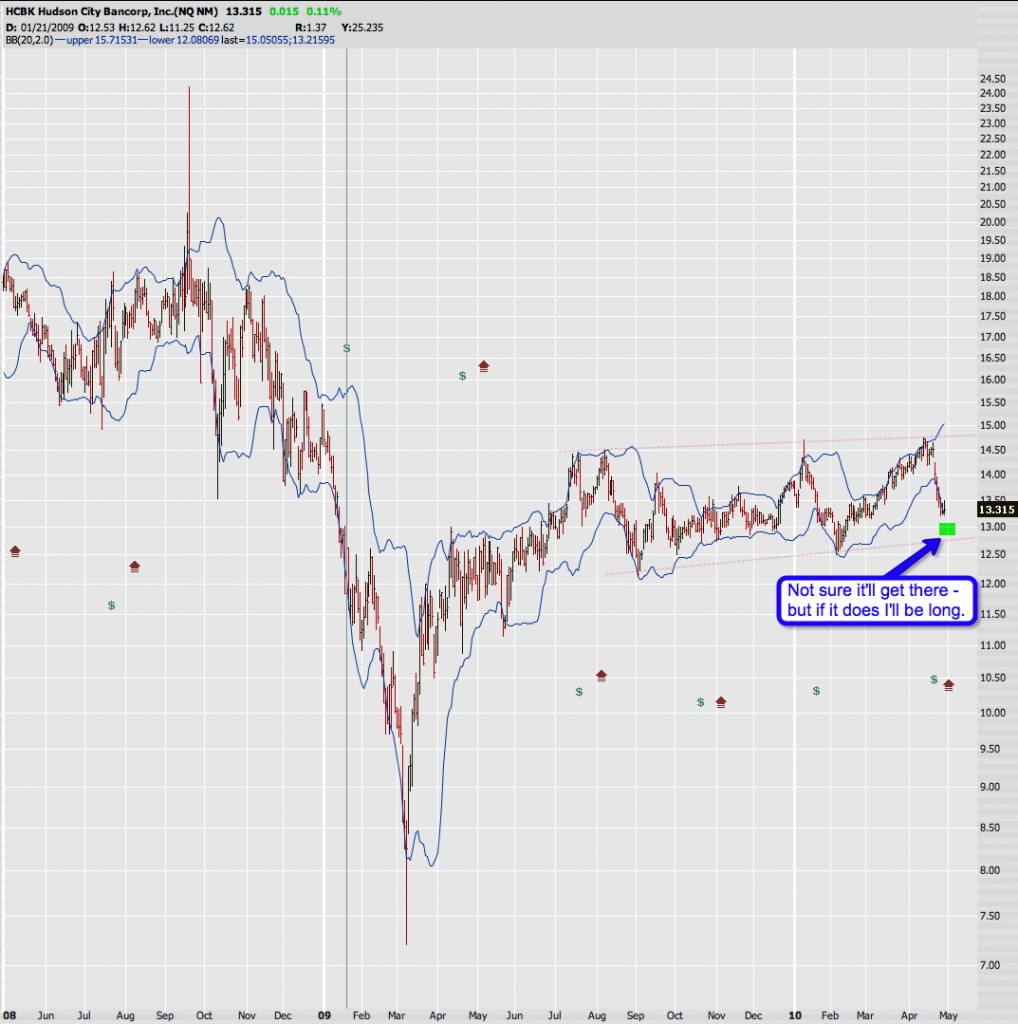 I wish this HCBK was a bit further along as my momo indicators point towards a snap back. But I’ll have to be purist on this one – best to wait for a trendline touch. 13 sounds like a good place to take out a small long position. 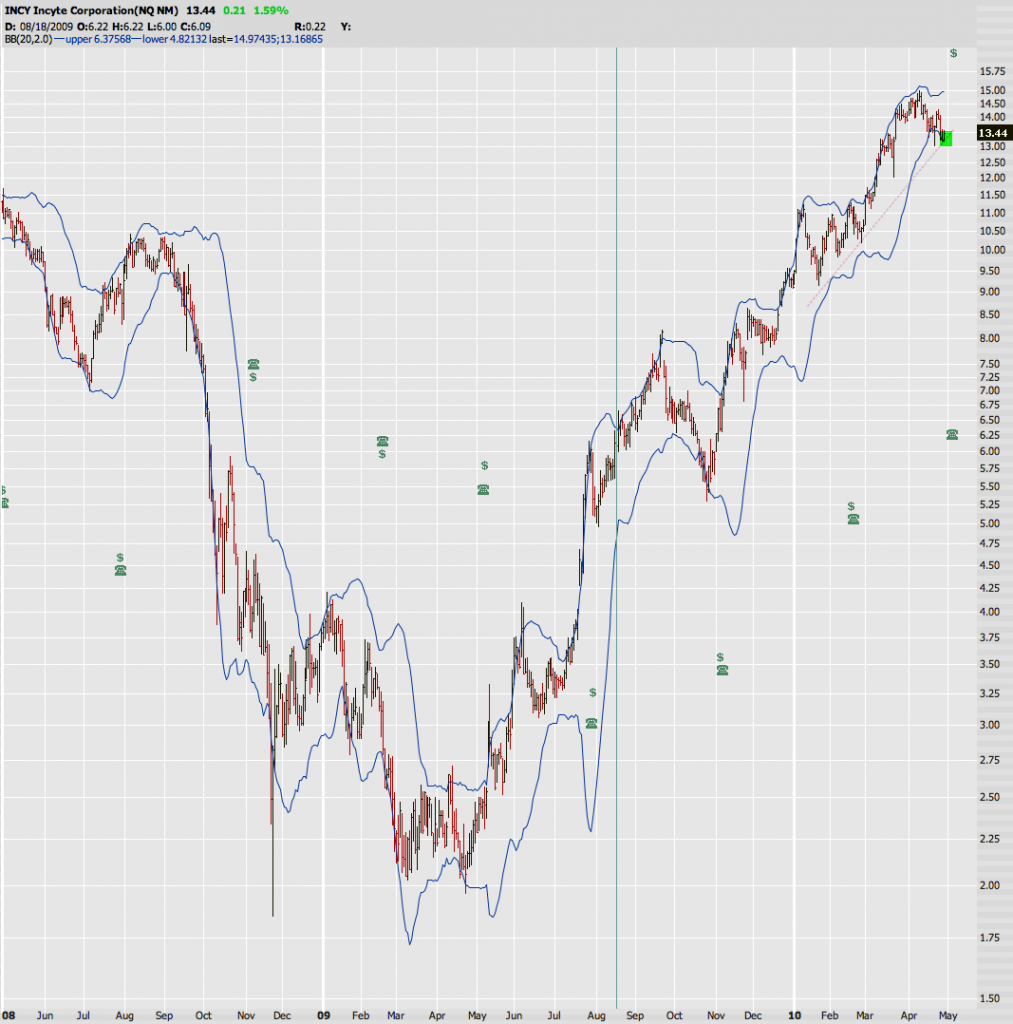 INCY (drug pushers) looks like a nice long here. We are slightly below a more longer term support line but it’s worth the risk with a stop around 12.5. But earnings are coming up – be out before 5/5. 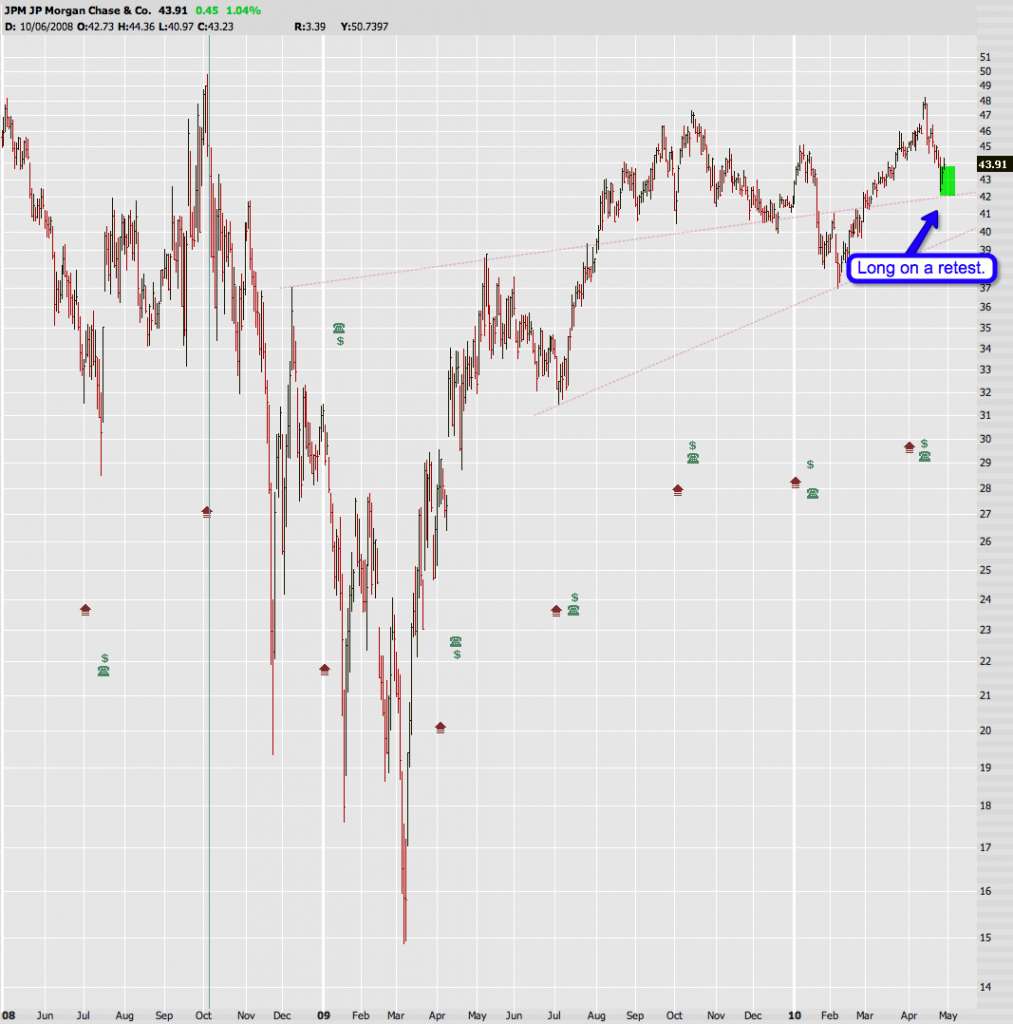 I hate to tell you this but JPM looks like a good long here. IF it breaches then try again at 40. However, wait for a retest – I personally hate to chase.

And now for something completely different – because I’m in a Metallica mood today:

P.S.: Damn it – Bearmageddon would have been so much funnier.