I Am Not Surprised 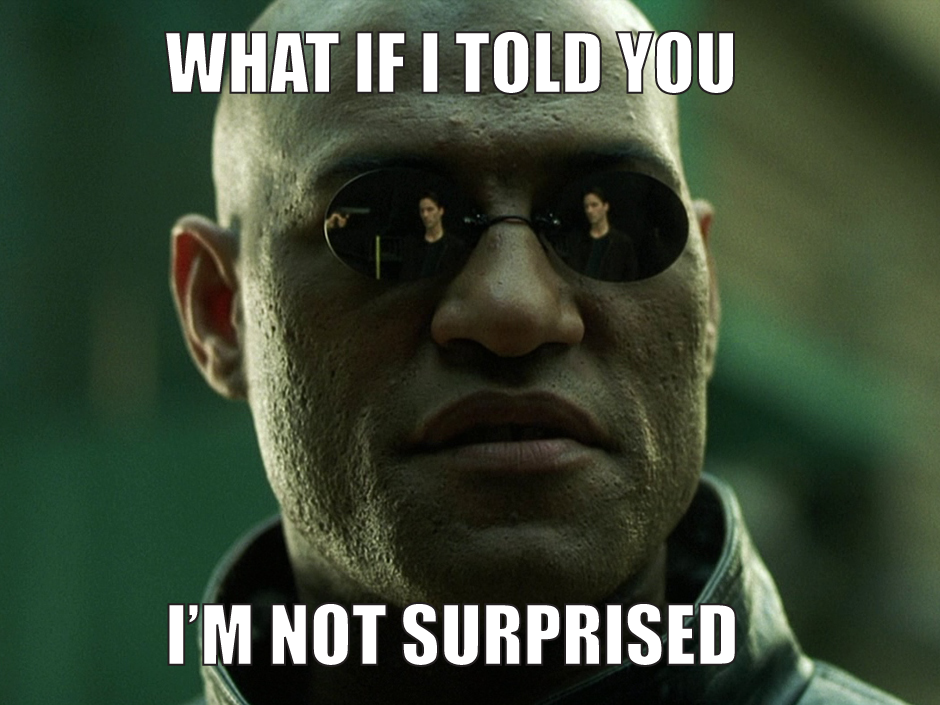 One of my long term readers decided to yank my chain a little yesterday by facetiously asking what this week’s expected move (EM) should have been for the SPX. Looking at the outlier moves we’ve seen lately it’s easy to assume that EM is a silly antiquated concept that should at best be ignored. Well I’m not at all sorry to say – you would be horribly wrong. 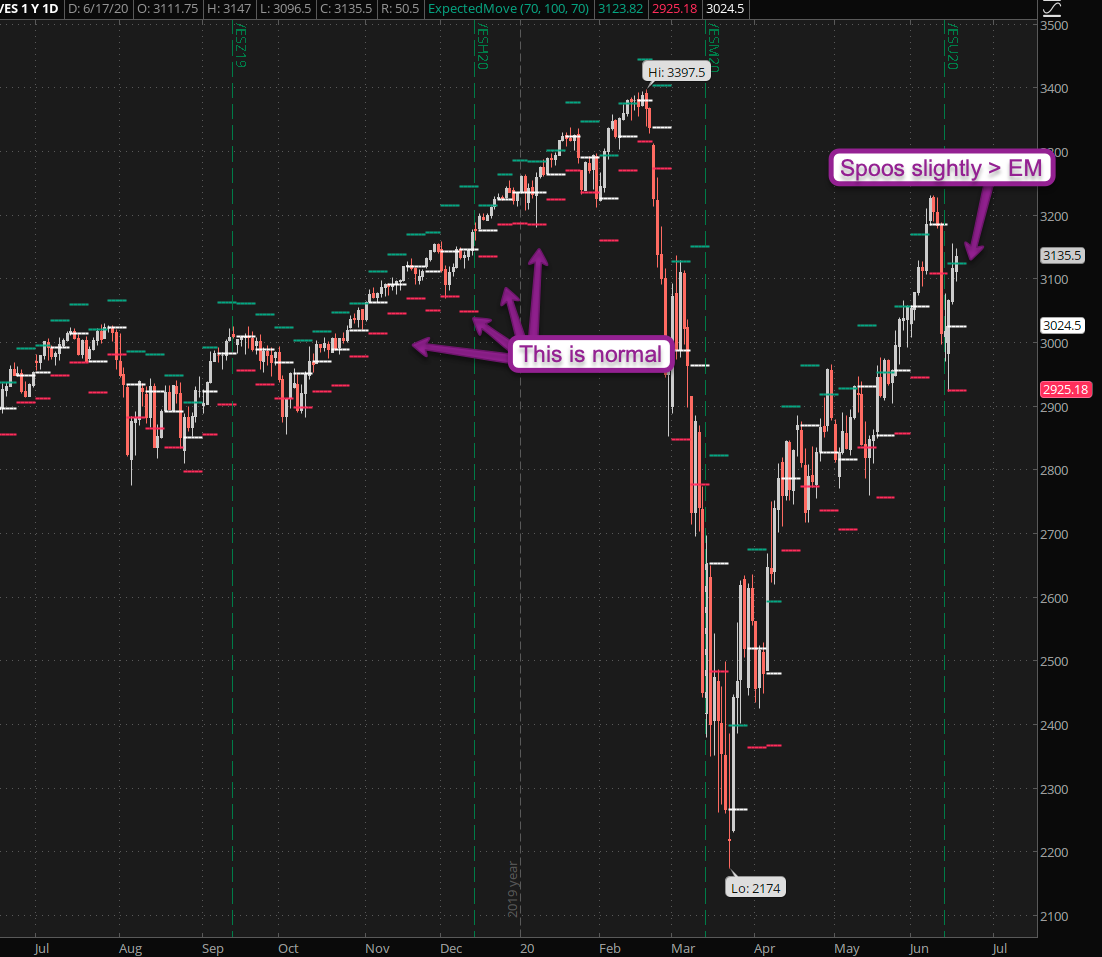 Not that I fault the guy. Unless you follow this stuff closely – as I do – it’s easy to be fooled by opening gaps that push the tape toward the extremes. What happened on Monday morning was a drop that dropped us almost exactly to the lower boundary of this week’s EM.

That was then followed by a quick ramp that now has us parked slightly parked above the weekly EM. Is it unreasonable to assume continuation higher and a close outside this week’s EM? Of course not – but let’s remind ourselves that EM is a ‘best guess forward estimate’ resulting from the pricing of options by millions of market participants.

If you think you are smarter than all of them then have at it and let me know how things pan out on a long term basis. As a matter of fact, what we are seeing right now is not the ‘new normal’ – nothing in 2020 really is or will be. The ‘normal’ state of affairs is shown in the left side of our chart which shows us months and months of closes inside or right at the weekly EM. 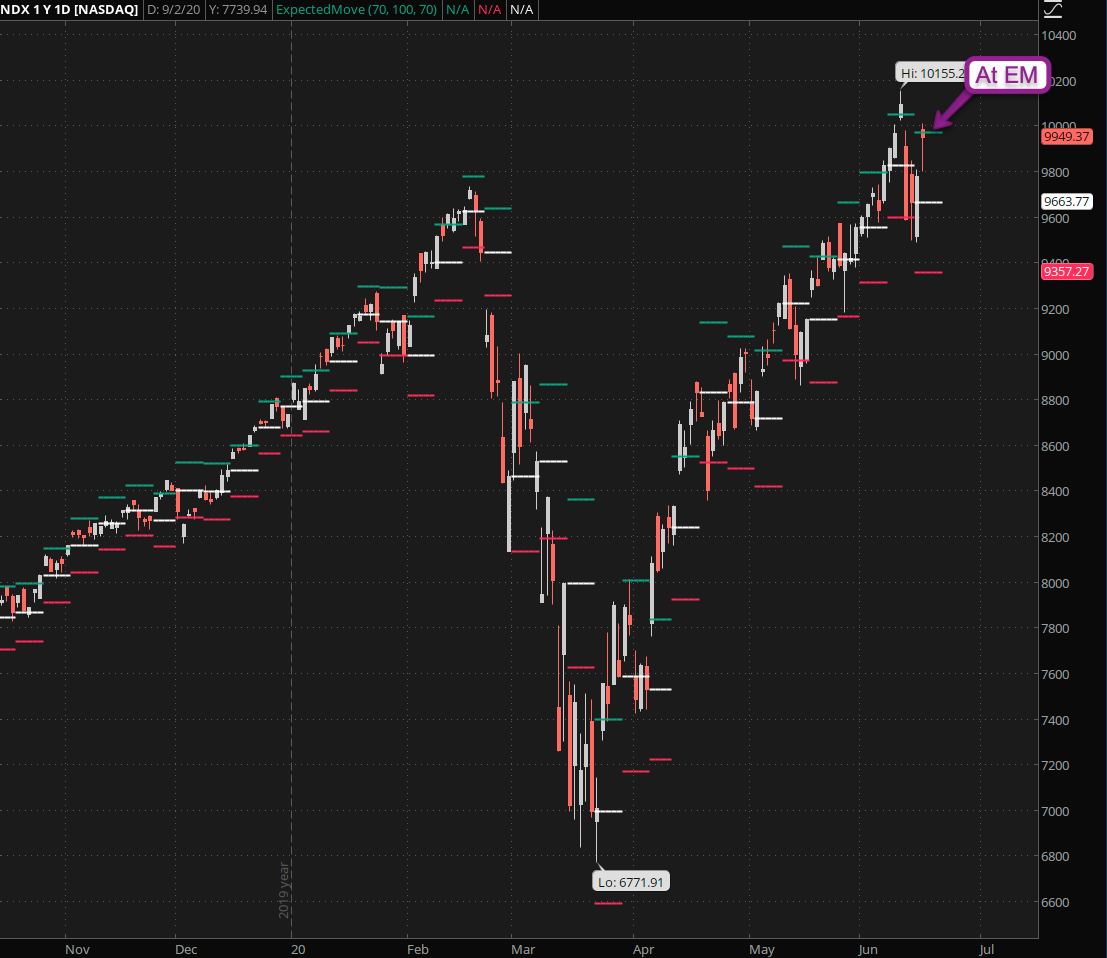 Here’s the NDX pinned right at this week’s EM. Sure it could be breached this week, which then would cause option premiums to reflect that and expand EM for the following week. It’s not a crystal ball, it’s a best guess estimate and it’s more often right than wrong.

Don’t use a small sample set to jump to conclusions. Run the stats and look at the numbers. We did and we base our trading on it for a reason. 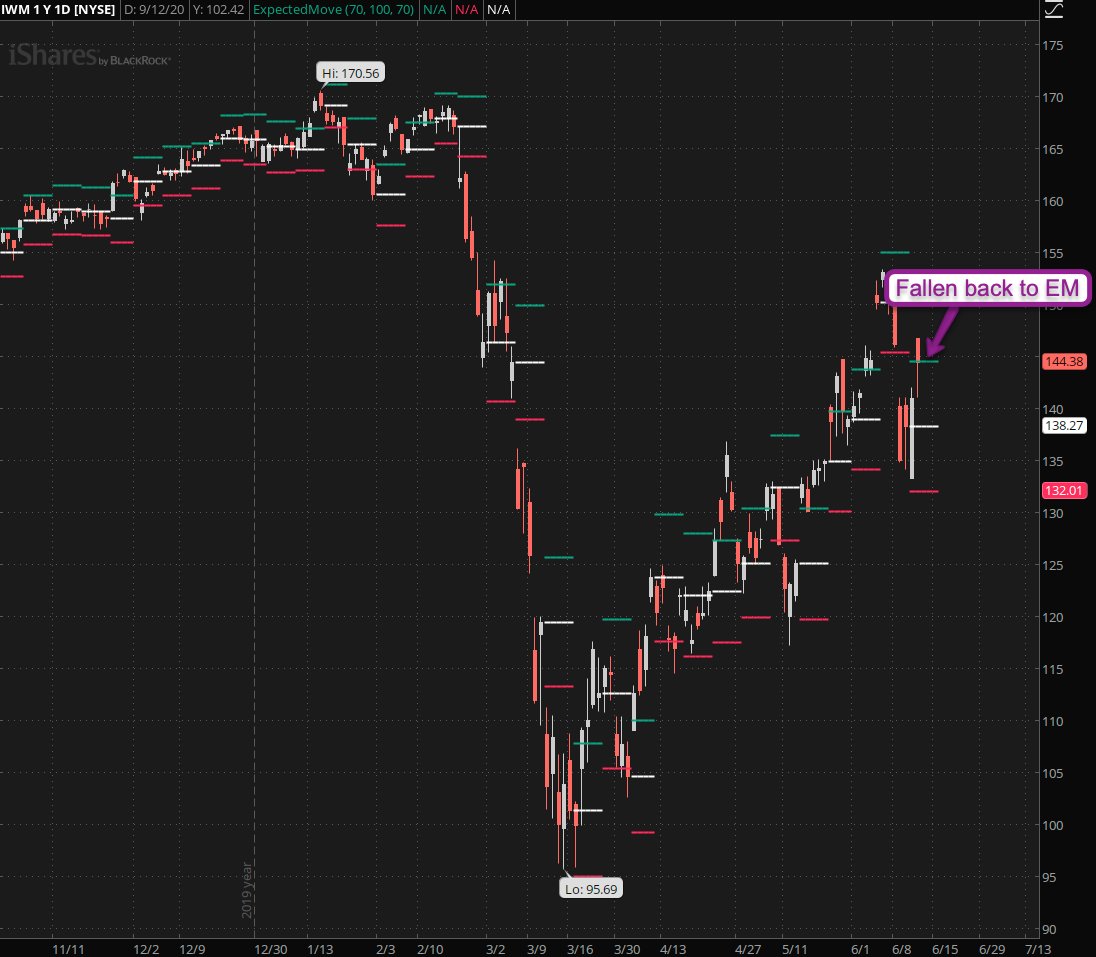 The Russell 2000 snapped through its weekly EM but has fallen back and now sits right on its upper threshold. Clearly the past few months have been several standard deviations from what anyone would consider a normal state of affairs.

So instead of dismissing EM try to take it as a reflection of the market’s expectation, similar to the VIX. Continued breaches of EM should lead you to change your trading approach, especially if you a) employ stop losses or b) trade options.

More market perspectives and a few promising looking entries below the fold: