I Drink Your Milkshake!

Well, what remains now is my message to the bears:

Drainage indeed! The bears had every chance to walk through that wide open door early fall but as suspected they failed and thus the price to pay will be significant. 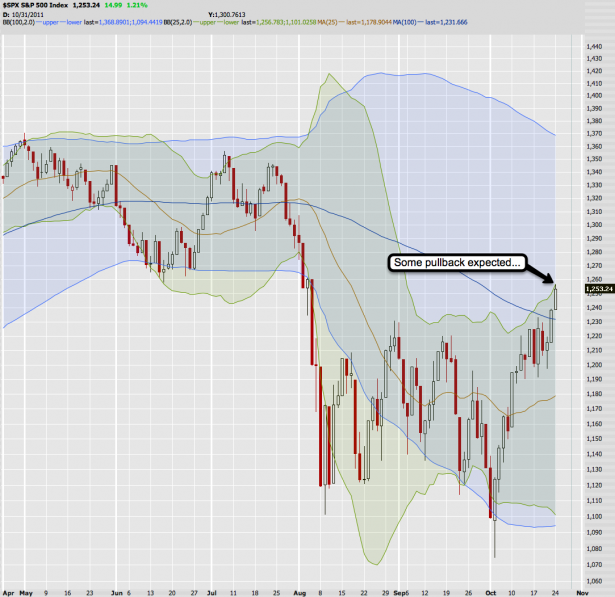 Quick glance at my SPX BB chart clearly shows that a little reversal here is justified. However, as you can see that 25-day upper BB line is already rising and thus is getting positioned for some year end monkey business.

The really juicy stuff below for the subs:

[amprotect=nonmember] Charts and commentary below for anyone donning a secret decoder ring. If you are interested in becoming a Gold member then don’t waste time and sign up here. And if you are a Zero or Geronimo subscriber it includes access to all Gold posts, so you actually get double the bang for your buck.
[/amprotect] [amprotect=1,13,9,12,5] 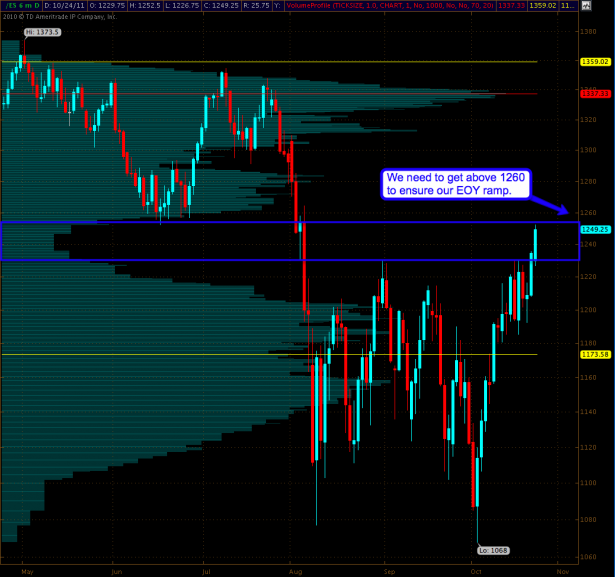 Let’s have a peek at our treasure map – we are almost in the clear. A push above 1260 here would be a lot faster than anticipated but heck – who’s complaining? Oh right – those guys over on ZeroEdge – I guess…  😉

If you’re new then take note of the volume distribution/profile – once we push above 1260 you can expect acceleration to the upside, plus we now have a TON of prior highs to act as support. 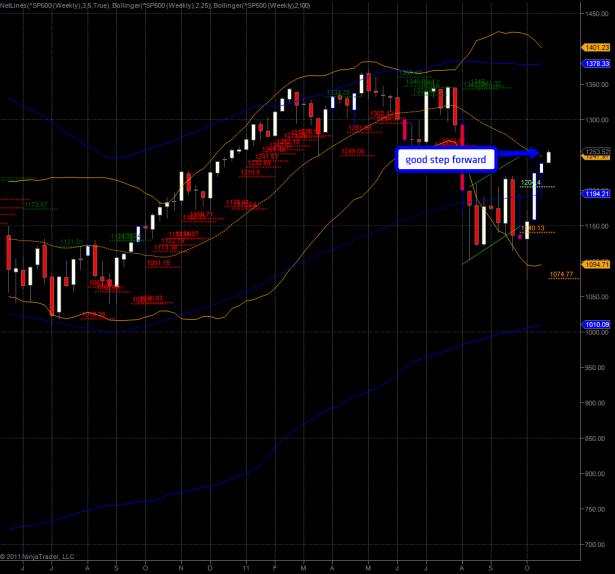 Now on to the really juicy stuff. The SPX just pushed above its 25-week SMA – very good step forward – and again this (if accomplished) will establish support. I do however expect a bit of whipsaw now – this has been way too easy… 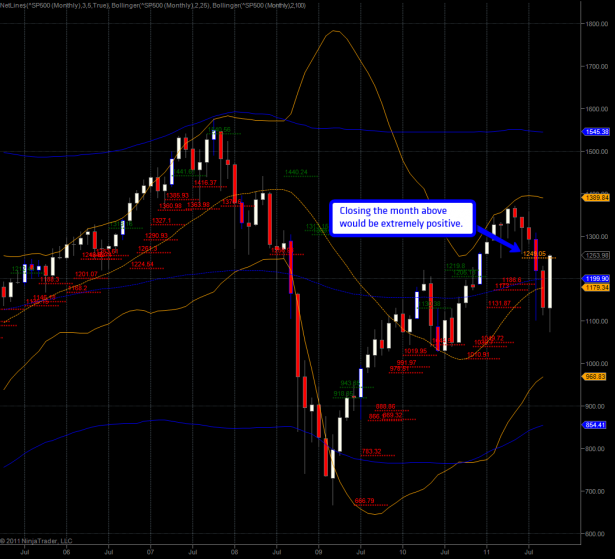 My favorite monthly chart right now – is again the SPX – as it’s pushing above that NLSL it hit back in August. A close above here by next Monday would drastically increase the chances of a run toward 1400. 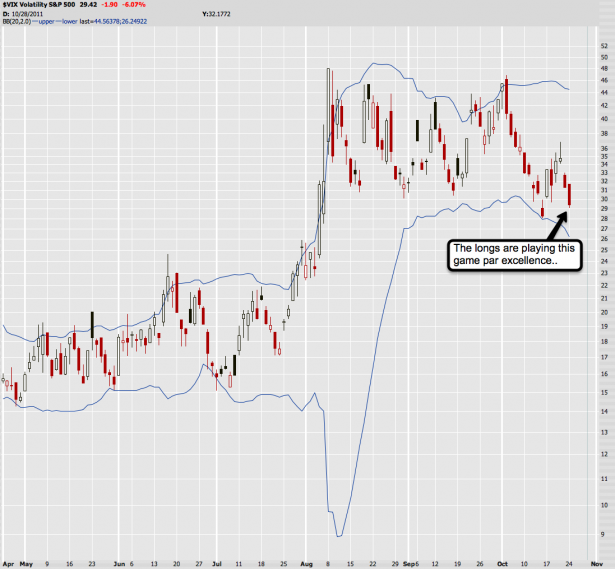 As a side note – look at Mr. VIX. The longs played this one par excellence by avoiding a bonafide VIX sell signal (by staying inside the 2.0 BB) pushing up (via a little correction) and then dropping again now. Anyone notice that we are now higher on the VIX and higher on the SPX as well? Neat little trick they played here 😉

That BB is now dropping hard and chances are we’ll find ourselves pushing 20 by the EOY.

Some FX setups to finish things up: 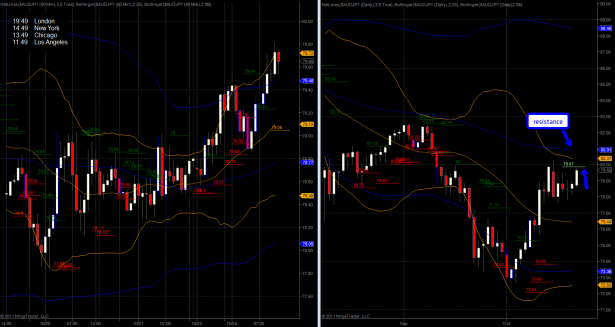 AUD/JPY – we are now near a daily NLBL and a push higher and above the upper 25-day SMA would be pretty bullish. Odds are that we’ll reverse and shake out some of the piggies. But once that’s done I’d be happy to take a breach of that upper Bollinger line. 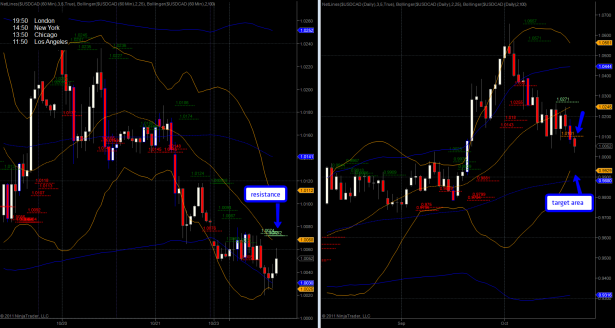 Inverse situation on the USD/CAD – we seem to be confirming that net-lines sell signal we triggered on Friday. I have pointed out the target area on the daily panel – on the hourly you see a cluster of resistance looming above (i.e. 2 NLBLs and the 25-hour SMA) – structure your trades accordingly.
[/amprotect]