I For One Welcome Our New Robot Overlords

As I’m currently living outside of the U.S. I was blissfully unaware of the fact that we’re heading into Memorial Day weekend until just earlier today. I really should keep a U.S. calendar handy so I can plan my trips around them. Anyway, this explains some of the tumbleweeds I’ve been seeing in the comment section, although some of you guys may just wind up kicking yourself…. 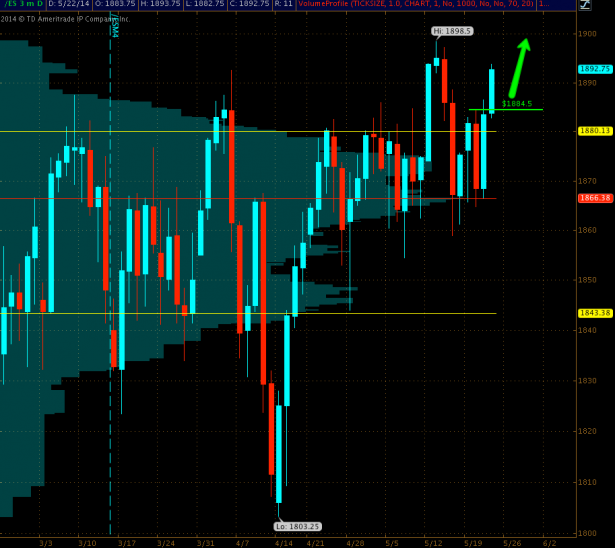 It’s not unheard of for important inflection points to be breached during low participation periods. Whether or not our RTV-L entry winds up surviving the weekend remains to be seen. I have decided to keep it in play as I’ve accumulated a nice buffer zone. We do have a whole session ahead of us tomorrow but I don’t expect much action to be honest. 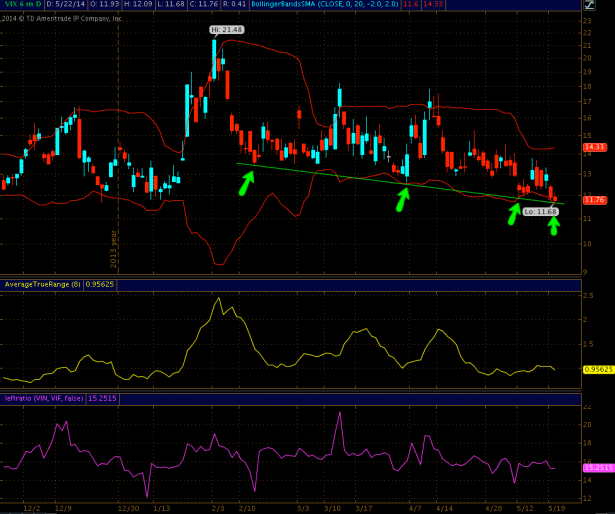 The VIX now touching its falling diagonal support line again. Yes a bounce here is a possibility but it may just slide it down slowly and steadily – see what happened last time before it jumped back higher. 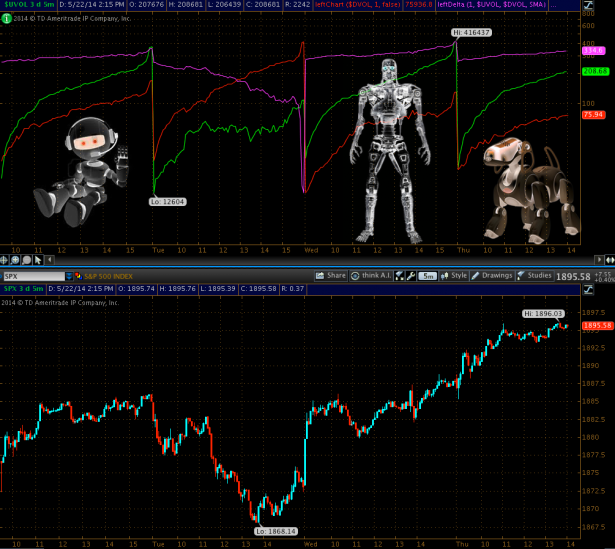 UVOL/DVOL on the NYSE – let me just say that I for one welcome our new robot overlords! Which seem to be kicking in every time we touch that new rising diagonal on the spoos (see first chart and it’ll jump at you). 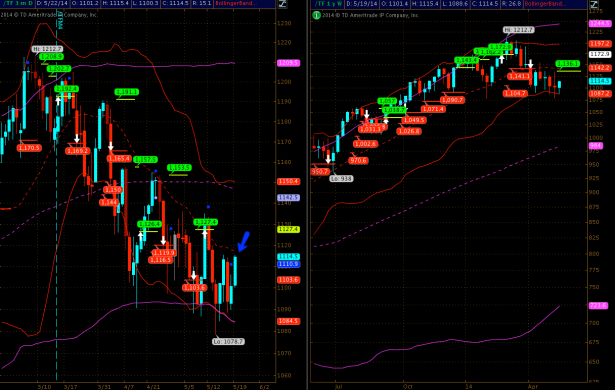 On the bearish side we have the TF kissing its new nemesis which is the 25-day SMA. Has been trying to overcome it for weeks and has continued to fail. I would be short here but given the long weekend I’m not going to bother. 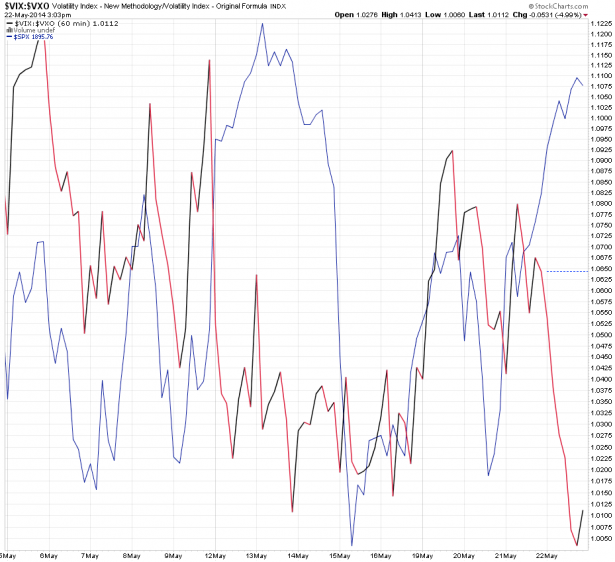 Given my current long exposure I’m also not exactly thrilled about what I’m seeing on the VIX:VXO ratio. Short term that could mean we’re looking at a little shake out tomorrow. Well, it is what it is and given that this is a daily campaign near the highs I decided to stick by the rules. Jumping in/out will most likely lead to missing the bus entirely. 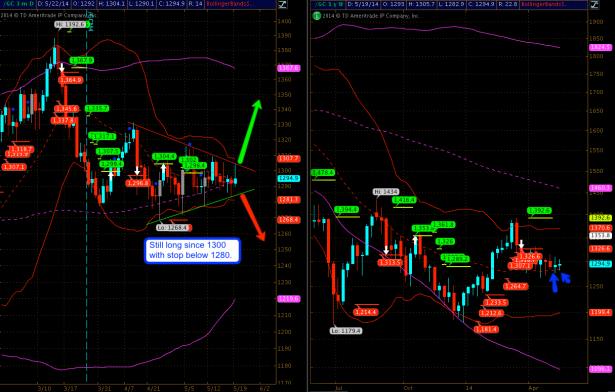 Gold update – yes, I’m still stubbornly long since that IP candle – what, almost a week ago? But if you consider the context then you know why. I do like the 25-week SMA offering potential support. Naturally I would be willing to flip sides if we drop below my current stop at 1280 (which was well placed IMNSHO). 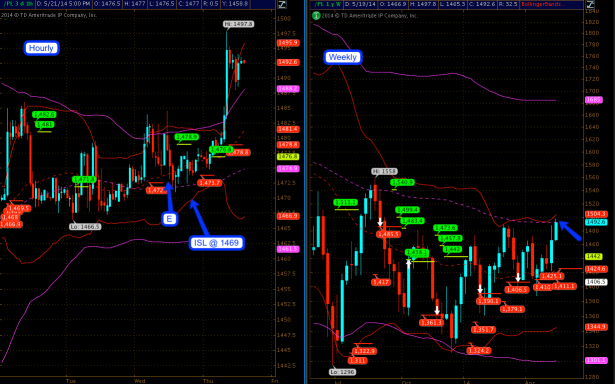 Platinum – not sure how many of you grabbed that ST long but hell, it did pay off once it got out of the gate. I’m cutting this one now as we’re kissing the 100-week SMA and that’s just too much for me to worry about ahead of Tuesday. This was a nice run though and I’m not pushing my luck.

I don’t expect many of you will be trading tomorrow but if anything interesting happens I’ll be sure to chime in. Either way I’ll probably post a quick update with some general sentiment before we head into the long weekend. See you then.