I For One Welcome Our New Tech Overlords 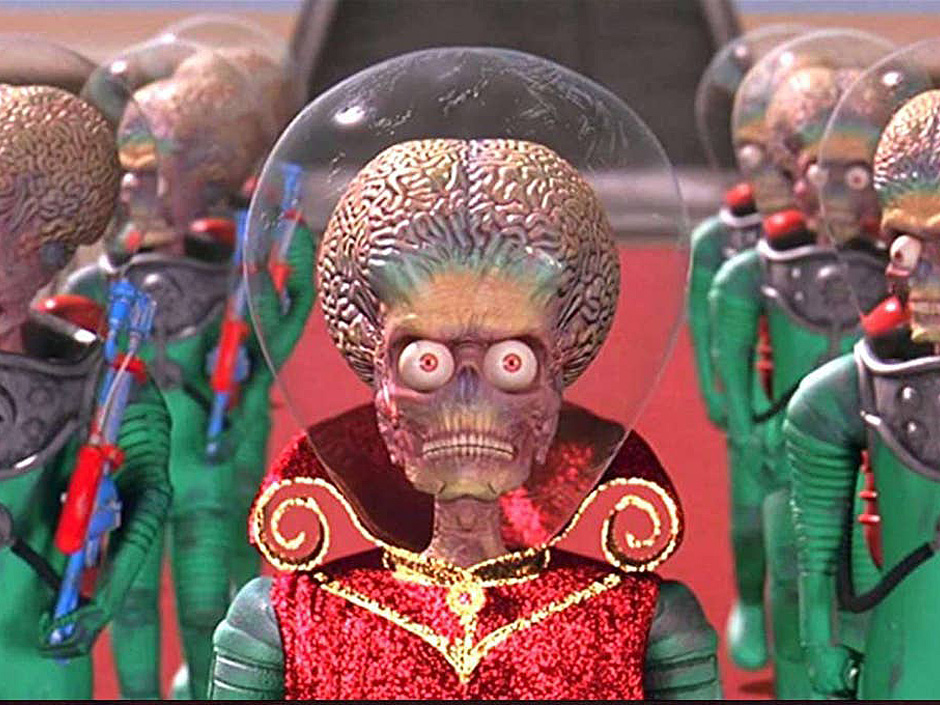 Okay, not really as I’m a cantankerous old fossil who still clings to his 5 year old iPhone 5SE (I hate large phones and anything > 4 inches is competition). But that also means I’ve been around the carousel a few times and therefore recognize a premium setup when I see one. And let me tell you – big tech was literally throwing itself at me last Friday. And to no surprise a few small gambles taken then have all paid off in spades. Let’s review – or in case you missed out (again) – watch and weep: 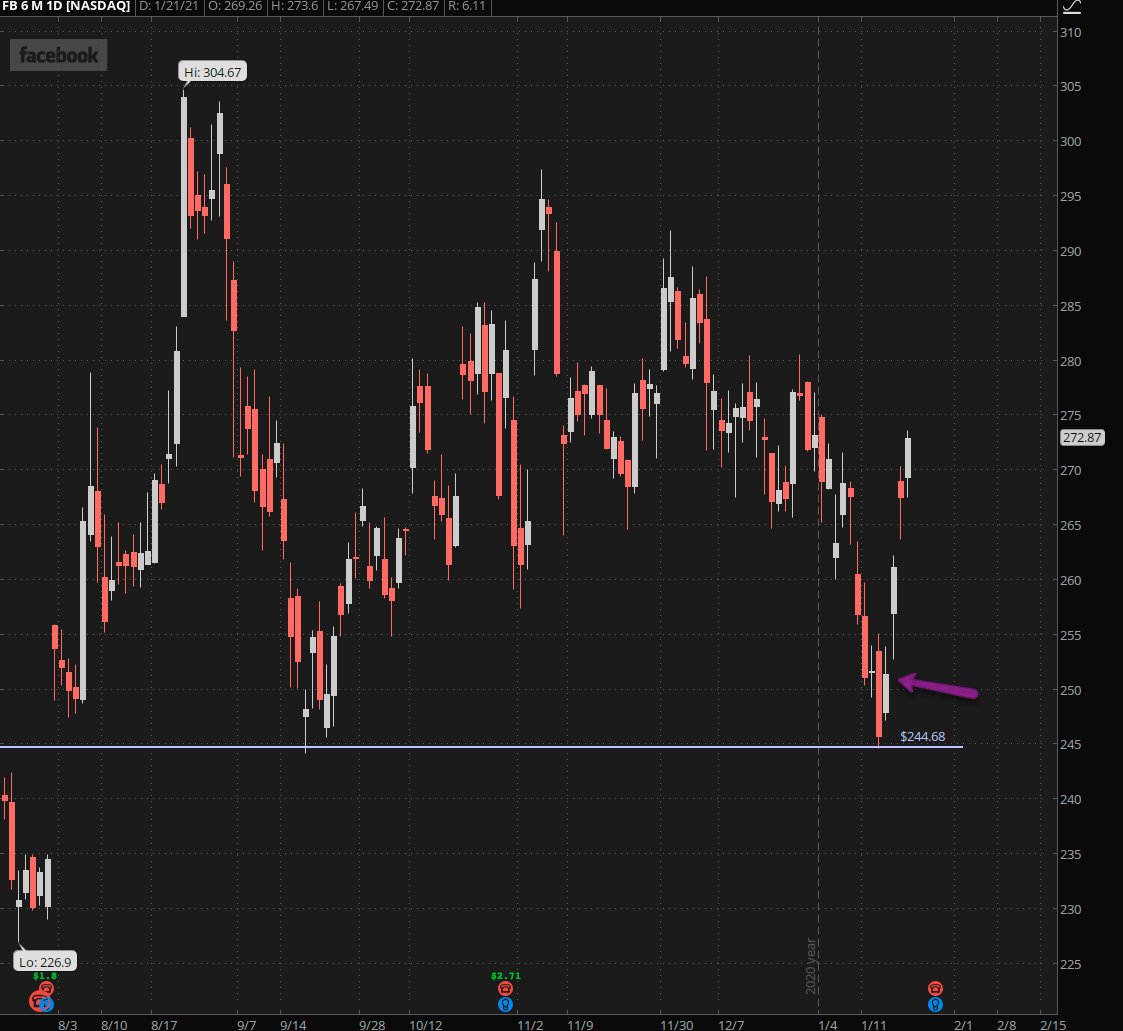 Facebook was more of a a watch and learn candidate on Friday but I did pull the trigger at the EOS as a spike low was clearly forming near an important inflection point (i.e. 245).

I’m actually holding this one still but plan on closing it out today. 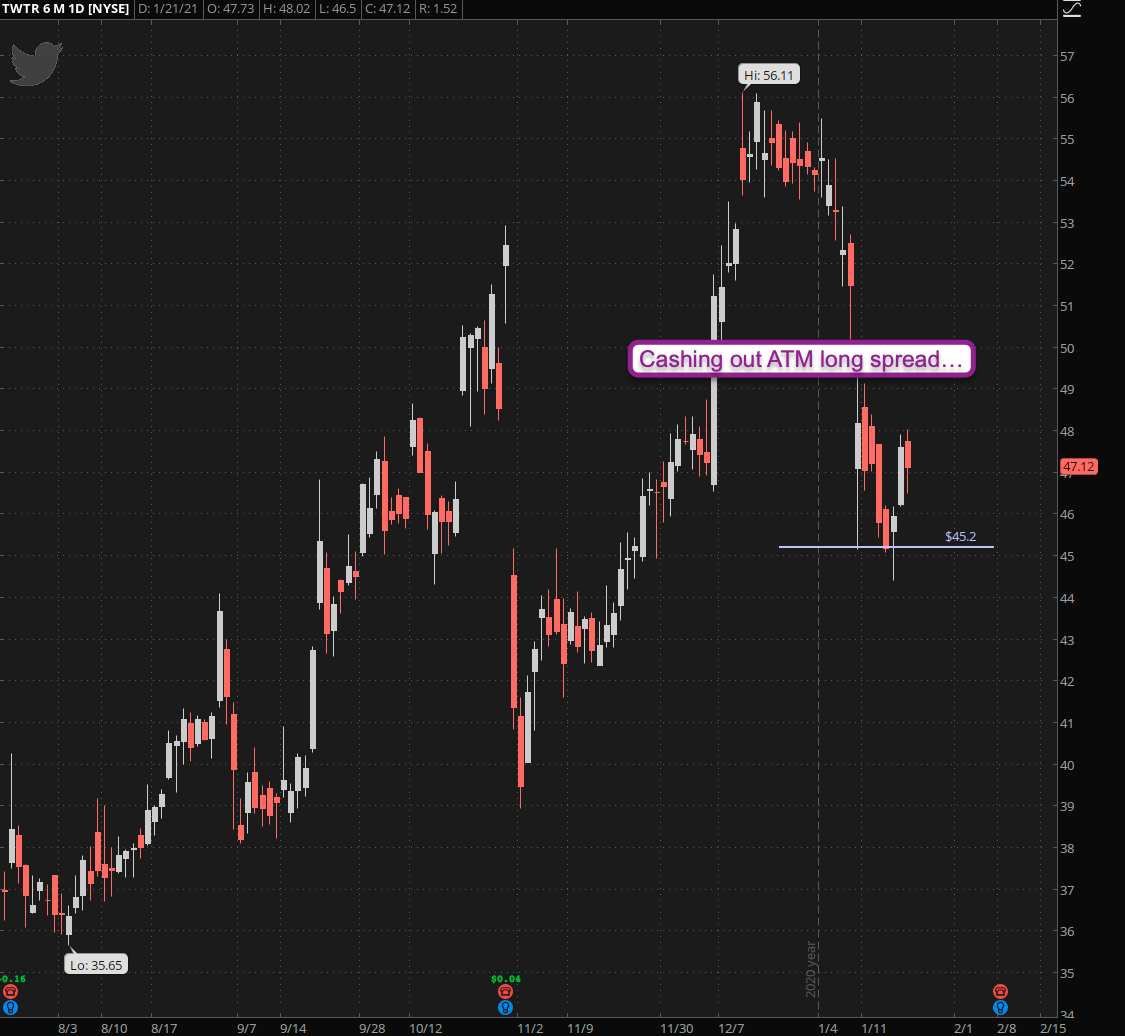 Yes I know half the nation hates TWTR right now and they now find themselves in court facing up to some juicy allegations. All that however is beyond my pay grade and as such I’m merely focused on extracting some ill gotten gains.

Given the setup  TWRT was definitely a go last Friday but I knew that buying a stock position would be way too risky. So I suggested a simple ATM vertical call spread offering a small and finite risk to my subs. I cashed out on that one yesterday and probably not a moment too late. 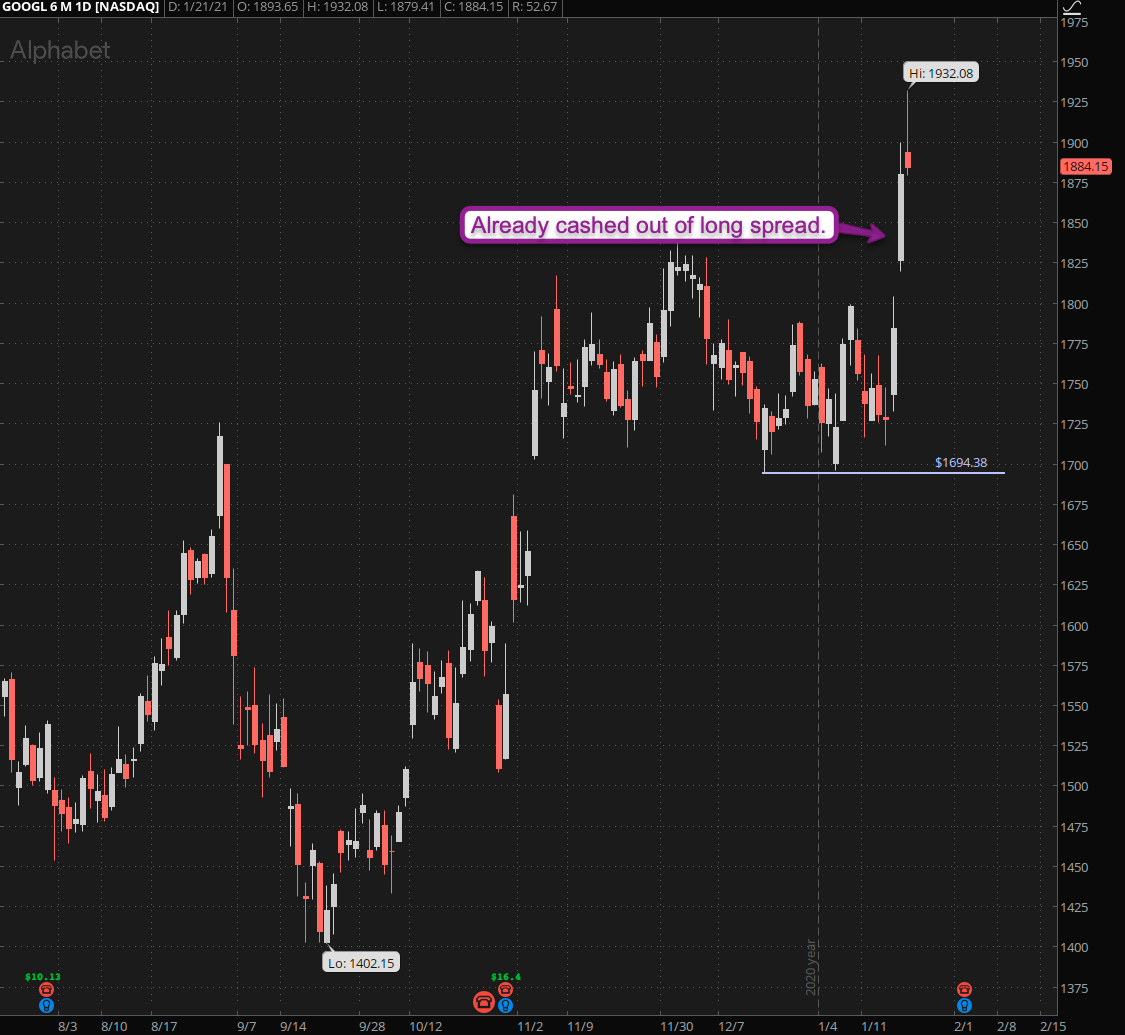 The only thing I regret about trading GOOGL is that I played a vertical spread instead of just a plain old long call or perhaps a call ratio backspread. Juicy moves like these are every option trader’s wet dream. Glad I’m out though as this may turn into an exhaustion candle. Worth observing today and Monday. 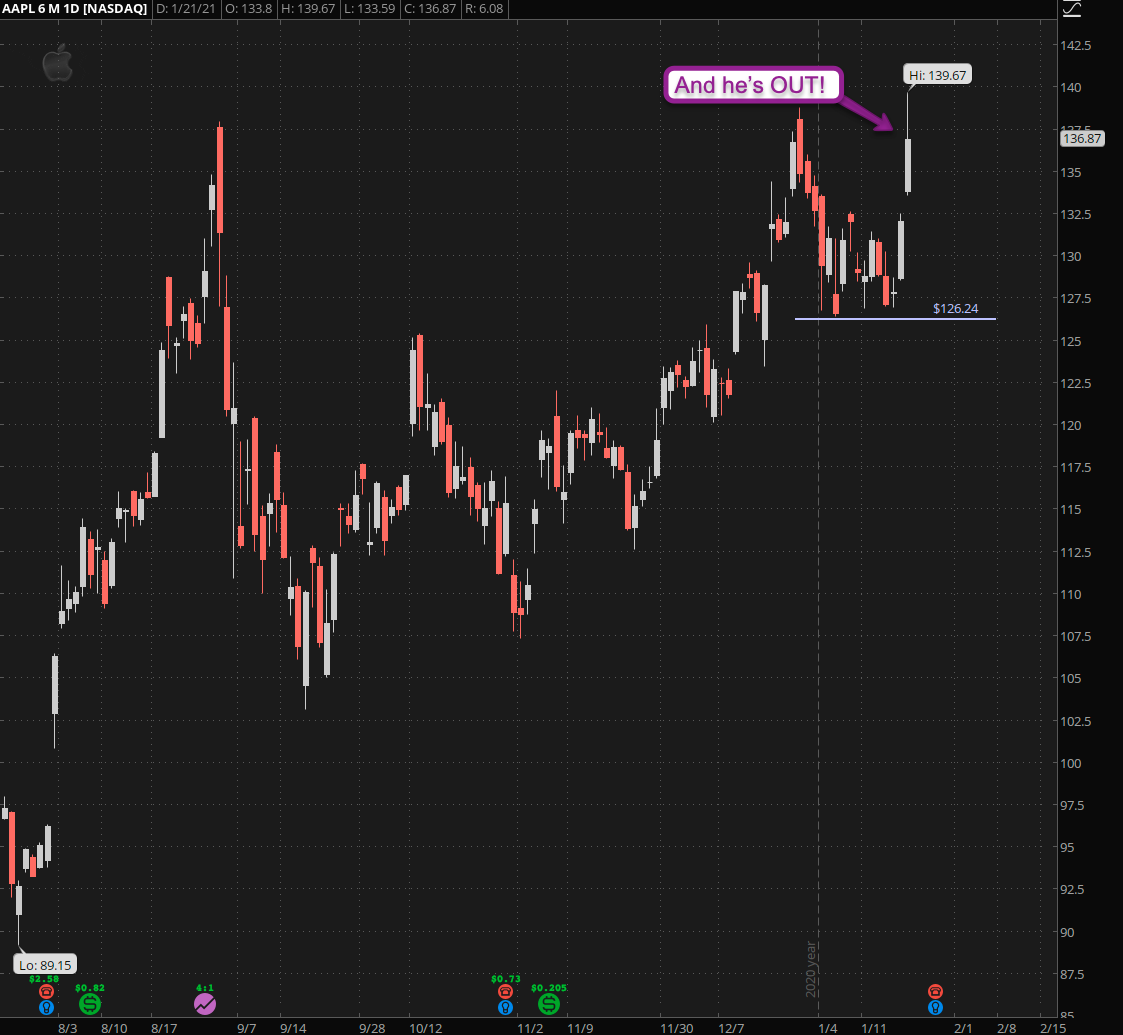 Last but not least: Apple – its new ARM-based M1 chips are nothing short of revolutionary and constitute a breath of much needed fresh air in a market that had been stuck in back 2012 thanks in no small part to INTL which for some strange reason found itself incapable producing chips with a microarchitecture below 14nm.

I still run a pimped out 2013 MBP (without any silly dongles) and Apple’s MacBook Air series is the very first one that has me excited. If it wasn’t for the 13” screen size I would have already upgraded in December but I’m eagerly awaiting the release of the 16” model scheduled for later this year.

And I’ll be easily able to afford it given that juicy ramp on AAPL over the past two sessions. For a few days it looked like this one was going to disappoint but I was able to claim my 2R win last evening before the close.

Now let’s take a look at what prompted me last Friday to consider taking all these entries in the first place: