I AM Not Amused 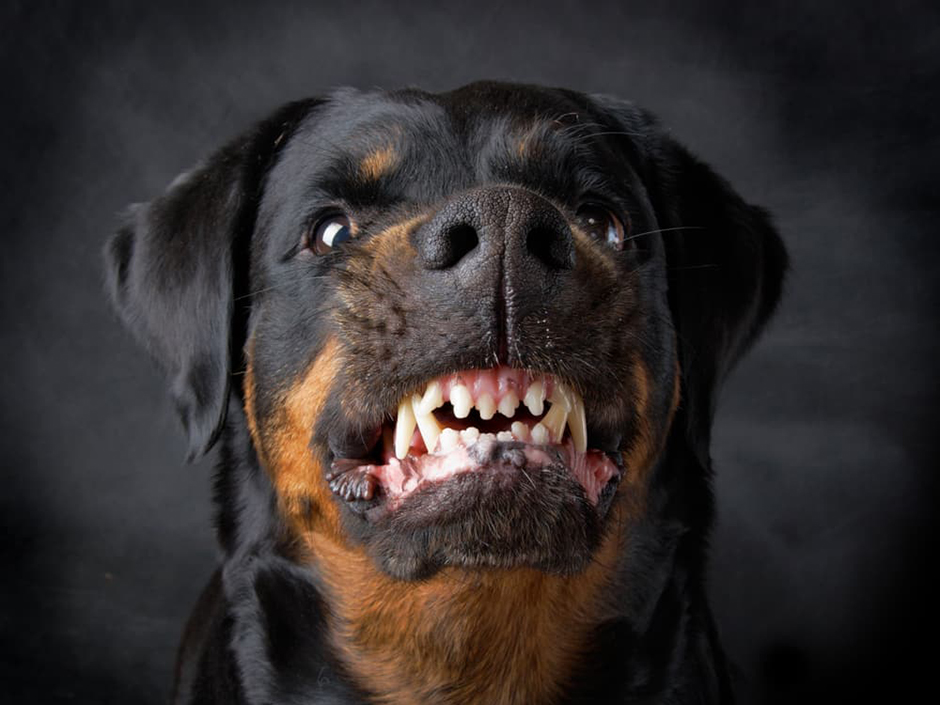 Summer is finally (almost) over and I’m proud to say that I spent the better part of it in hyper productivity mode, putting the finishing touches on a new crypto swing trading system I started putting together back in April. We’ll get to all that in a moment but first I’d like to set the stage and prepare you all for what’s to come in the near and more distant future plus how it will most likely affect every single one among us.

If there’s one thing I have learned over the course of the past three years then it’s that the future is extremely difficult to predict. Had I come to you in late 2019 and proclaimed that we would spend the next few years in semi-lockdown, small businesses across the world would be shuttered, that we would be legally compelled to wear surgical masks just to buy groceries, that the global supply chain would collapse like a French soufflé, and that rampant inflation globally would nearly triple gasoline and food prices then you would have probably told me to go and seek some urgent help.

Given the futility of making predictions in an increasingly volatile world I thus shan’t attempt to do so. However there are a few salient facts that can at this point firmly be established with a reasonable level of confidence. All of them were triggered by what would commonly be referred to as ‘once in a lifetime’ type of events, and most of them will not only result in a greatly reduced quality of life for you and me but also continue to increase our cost of living for some time to come.

First up the Ukraine war, while being a tragic and fatal affair for everyone involved, will soon be forgotten and I expect it to be over by the end of this year. I have a pretty good idea of which side will come out the winner, but none of that really matters as the consequences of that war will be felt for a at least a generation or two.

A series of sanctions imposed on Russia since the onset of the Ukraine war triggered a number of tectonic global shifts that are currently in the process of picking up steam. Most saliently it quickly produced a giant rift between the ‘West’ and a group of global powers now referred to as the BRICS+ group of nations.

A consequence of this has been a further hardening of the alliance between Russia, China, as well as India, which – leveraging their respective mercantile and manufacturing abilities – are currently in the process of establishing a competing system to SWIFT based on a basket of currencies tied mainly to the value of commodities.

I cannot overstate the importance of this, as it effectively establishes a bifurcation or polarization in both global commerce and global policy – or a new bipolar world order if you will. The BRICS+ nations are rapidly pushing into a new paradigm outside of the Western U.S. led hegemony, and thus by extension outside of Western control. The consequences of this are legion.

For example until most recently a wire or ACH transfer between e.g. a Russian supplier and a German importer had to be conducted via the global SWIFT system. There simply wasn’t any alternative that was either internationally recognized or was considered a legal way of transacting commerce. A few suitcases of cash could certainly always skirt the rules but cash quickly becomes a burdensome affair after a few hundred million or so. Just ask your local drug kingpin.

When Vladimir Putin announced that Russia wanted to get paid in Rubles – first for natgas and then for oil – the response was derision and laughter all across the West. But in the months since the announcement the majority of importers have quietly acquiesced to Russia’s new demands as it turns out that there are simply no viable alternatives that could fill Europe’s total energy needs, at least on a short to medium term basis. 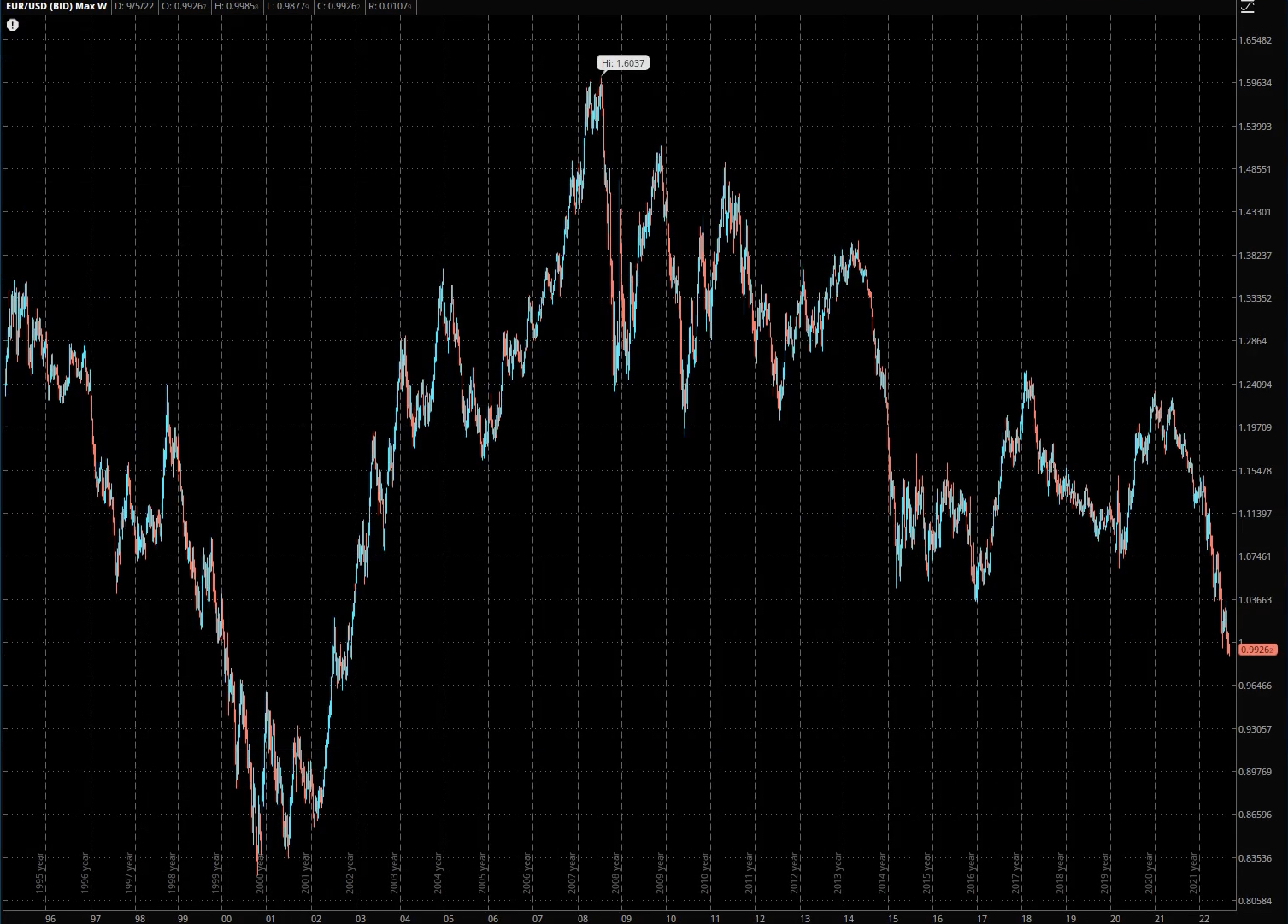 A somewhat unexpected consequence of having to settle in Rubles was that the Euro/Ruble exchange rate was effectively now in control of a small subsidy of Gasprom and to nobody’s surprise it caused a massive drop in the Euro, against the Ruble but also against a number of other currency and specifically the U.S. Dollar. 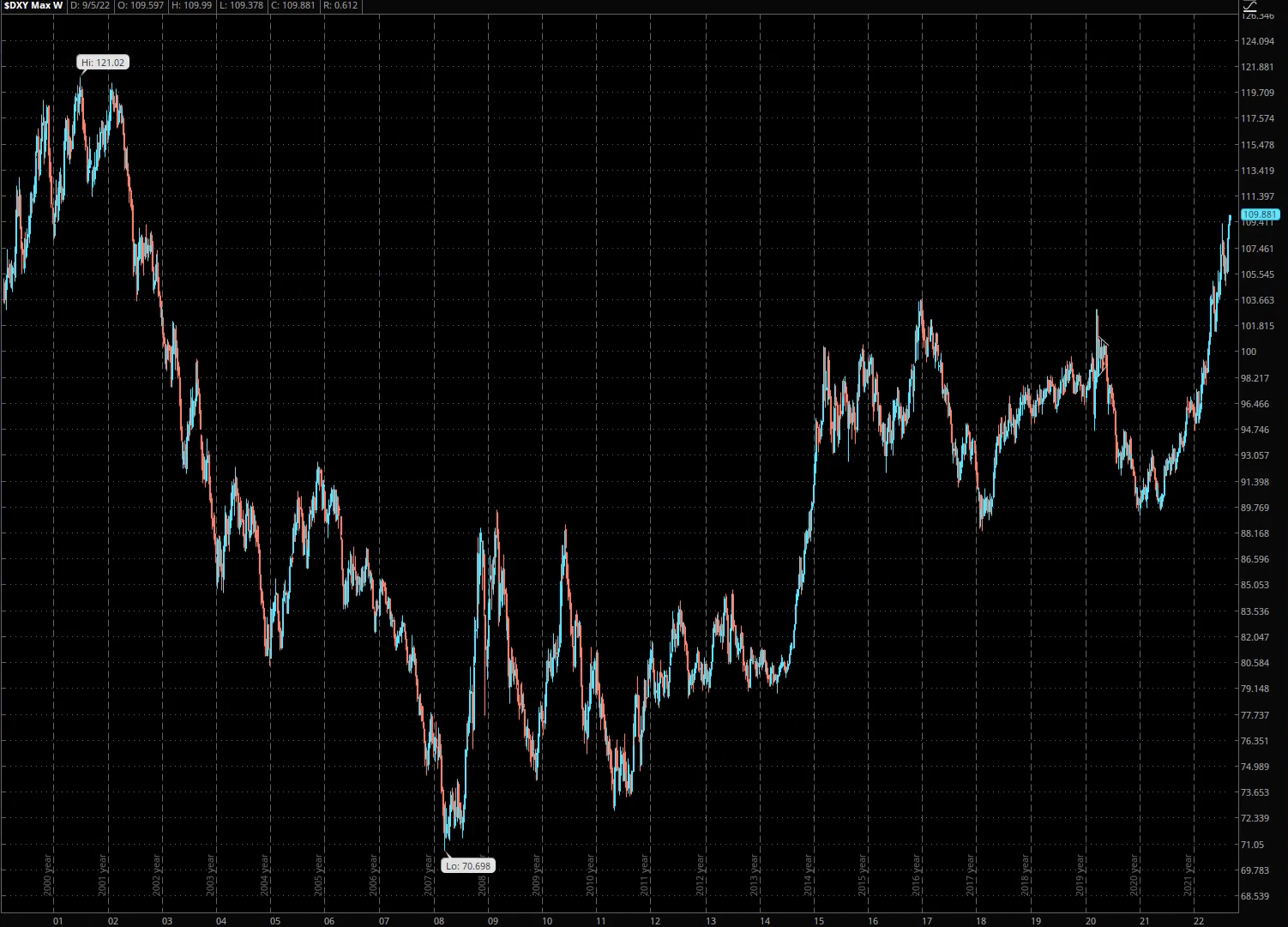 Which in turn began to cause runaway inflation all across Europe whilst stoking fears of rolling blackouts and energy rationing this coming winter. The latter is now all but baked in the cake as Russia finally crossed the Rubicon late last week when it all but ended Nord Stream 1 gas exports to Europe for the indefinite future. My Russian a bit rusty but I’m pretty sure that means forever.

I could go on a tangent and elaborate on why the ECB has been unable or at least unwilling to raise rates in any significant way in order to stave off the looming threat of hyperinflation. But for the purposes of preparing you for what lurks ahead it’s largely inconsequential. What does matter is how all this affects us personally in the short to long term.

Living With The Consequences

There is a laundry-list of long term repercussions that I could delve into but since this is a financial blog for traders I feel compelled to focus mainly on those that will affect you financially. For one neither the ECB nor the Federal Reserve will be able to take measures that are able to keep up with the current and future rate of inflation. This is not rocket science – you just cannot keep printing trillions of Dollars or Euros and not expect your currency to start loosing value. Always remember, inflation first happens very slowly and then very very suddenly.

Offsetting all that extra added liquidity would require target interest rates to be pushed to at least 10% and most likely much higher. And that’s not going to happen, specifically in a Midterm election year. Over the past few months I’ve warmed quite a bit to Powell, but let’s be honest – he’s no Volcker and the current political climate would not permit him to take anything but face saving measures aimed at retaining control whilst attempting to mitigate domestic economic damage.

Similarly new creative liquidity – or shall we call them bailout – measures over here in Europe will only serve to exacerbate existing inflationary pressures, which then in turn will require new extravagant monetary maneuvers to cover up the consequences of the previous ones. Lather rinse repeat. Don’t get me wrong – it’s not that I think this will not be attempted but the end result will be the very same as it has been over the course of this year. Application of band-aids when amputation represents the sole remedy.

So expect prices across the board to remain high and most likely to continue to rise in the weeks and months to come. That means more money will be spent on gasoline, cars, rent, food, clothing, and basic supplies, while significantly less money will be spent on restaurant visits, weekend trips to Cabo, electronic gadgets, and yes – $6 lattes at Starbucks.

Now if that was the only problem we were facing I would probably hedge a glimmer of hope that the may see things normalize over the medium to long term. However the contrary is the case and the reason for that relates the global supply chain issues I mentioned earlier.

They are already as bad as they have ever been since post WW2 times. However given the increasing tensions between the West as a whole and China I fear that an incursion into Taiwan would trigger a response that would most assuredly also comprise of economic measures, such as a sudden disruption of global shipping routes or an outright economic embargo against the West.

And that’s the point where inflation meets stagflation, which is defined as simultaneous appearance in an economy of slow growth, high unemployment, and rising prices. We’re already staring down that particular abyss but if you also throw a disrupted supply chain into the mix, it will only serve to accelerate the downward spiral.

Over here in Europe we are already at a point where many households will face energy bills that exceed their monthly income. That is not a joke – it’s a dire prospect for many Europeans this coming winter. Fortunately natgas in the U.S. has been traditionally cheap (oh how I miss it) but a desperate Europe will invariably exert pressure on the current administration to increase exports and thus push prices on an already squeezed American middle class.

Speaking of an economic abyss – I am often reminded of a quote by Nietzsche: “Beware that, when fighting monsters, you yourself do not become a monster… for when you gaze long into the abyss. The abyss gazes also into you.”

I was never a big fan of Nietzsche as my humble upbringings unfortunately did not afford me the luxury of much philosophical study. However I do largely agree with him in that we should not feed the monster inside of ourselves, and by monster I specifically refer to fear and hopelessness. For it is fear and desperation in particular that have a tendency to become self fulfilling prophecies.

Instead I propose solutions and a pivot to practical remedies that will allow us all to weather out the storm. Fortunately over the course of several decades I managed to acquire a – shall we say – ‘special set of skills’ that has enabled me to structure my life and my reality in a fashion that allows me maximum independence and financial security.

Retiring from corporate America and becoming a professional trader was the sole best decision in my life, right after marrying my sweet wife 21 years glorious years ago. Of course plenty of sacrifices had to me made throughout the years and I often wonder how I managed to make it thus far with relatively limited resources and mainly my wits and stubbornness to guide me through.

Not surprisingly the prospect of economic and financial turmoil concerned me greatly and I reached out to many of my peers to find solutions that would assure us a sustained and reliable income stream, no matter what may happen across the world economy in the years to come.

Unfortunately longer term trading systems have become increasingly unmanageable, in particular given growing event risk that have already produced considerable hedge fund losses over the course of the two quarters. I expect this trend to accelerate in the third and fourth quarter.

In my next post I will elaborate on what exactly I’ve cooked up – and more importantly, how you can make use of it in order to secure your own financial future as we head straight into the economic storm of a lifetime.