Insane In The Membrane

And there you have it – what we experienced this week has a good chance of being the beginning of Primary {3} in the wave cycle. Which also means that this insane ‘hope rally’ we had to endure over the past 10 months might have finally found its maker. Could it have anything to do with the Democrat’s crapping in their pants after losing ground to Brown in Massachusetts earlier this week? Maybe – or maybe the bullshit meter simply pushed too far outside the red sigma zone and there was no further to go. But don’t get too giddy, rats – as Winston Churchill once remarked:

I wish I could deliver that in his inimical style – what a man. Someone who wasn’t afraid of looking reality straight in the eye without flinching and ready to make the tough choices. How I miss men of that caliber for there are very few remaining these days. At least in politics – and most definitely on Wall Street. Well, there will be a price to be paid for the hubris Ben and cronies have been exhibiting in the past two years and pay day is quickly approaching. Personally, I revel in the destruction of ill gotten gains – love watch the pigs run around screaming with their tails on fire. What’s ahead now is Mole p0rn TV 24×7 – you bet I got my Tivo on standby 😉 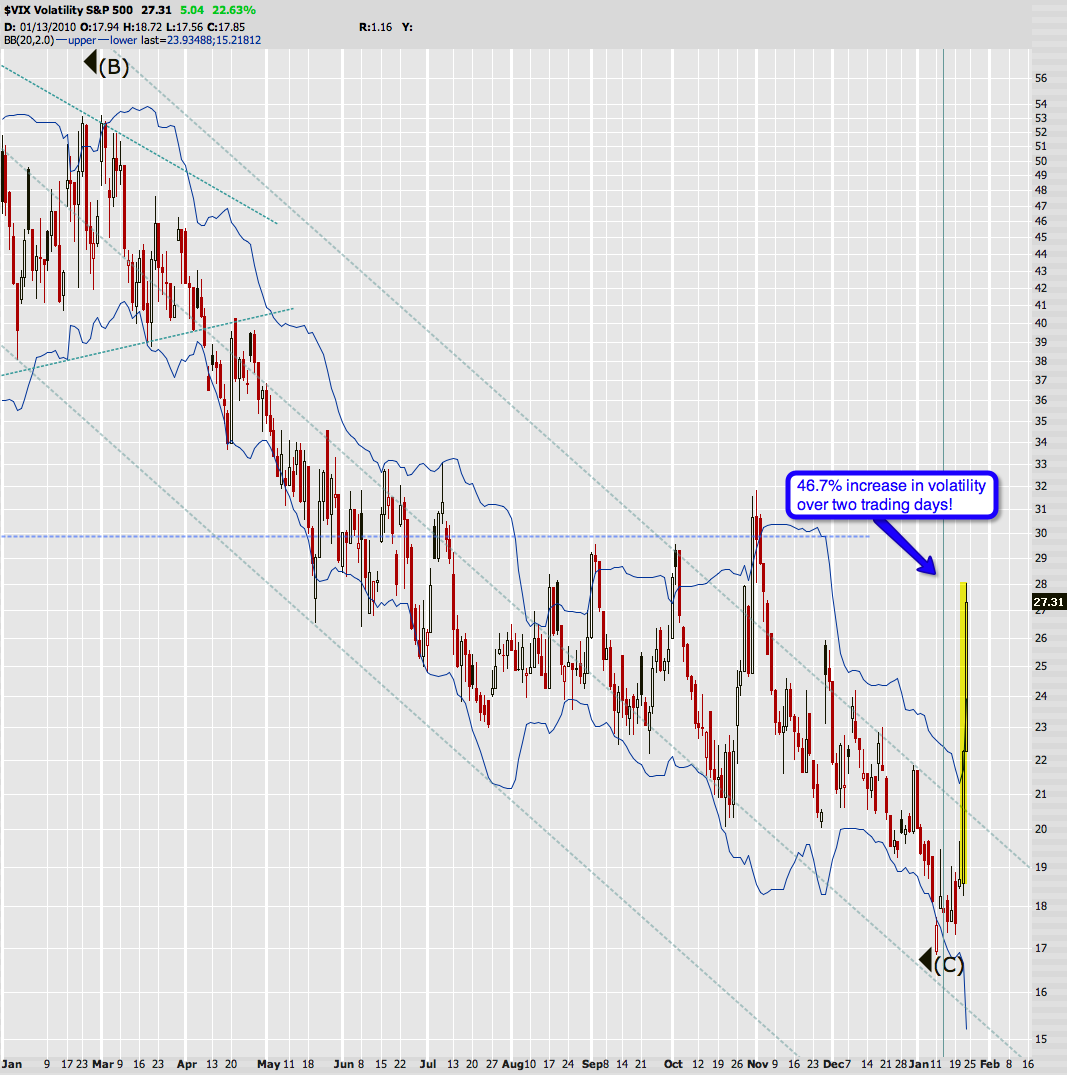 When I returned home about an hour before the market closed I popped up this chart and thought T.K. over at Prophet.net had lost his marbles. Had to double check over with my DTN charts – sure enough – Mr. Vix hiked an incredible 46.7% in a mere two trading days. That – as far as I know – is completely unprecendented. Never seen anything of this magnitude. My puts are loving it and it’s mostly why my account is 30% up since Monday – kaaa-tschinggg!! And I still insist that there will be pushback – expected it to happen today and seems we’ll have to wait for ‘Melt-Up Monday’. 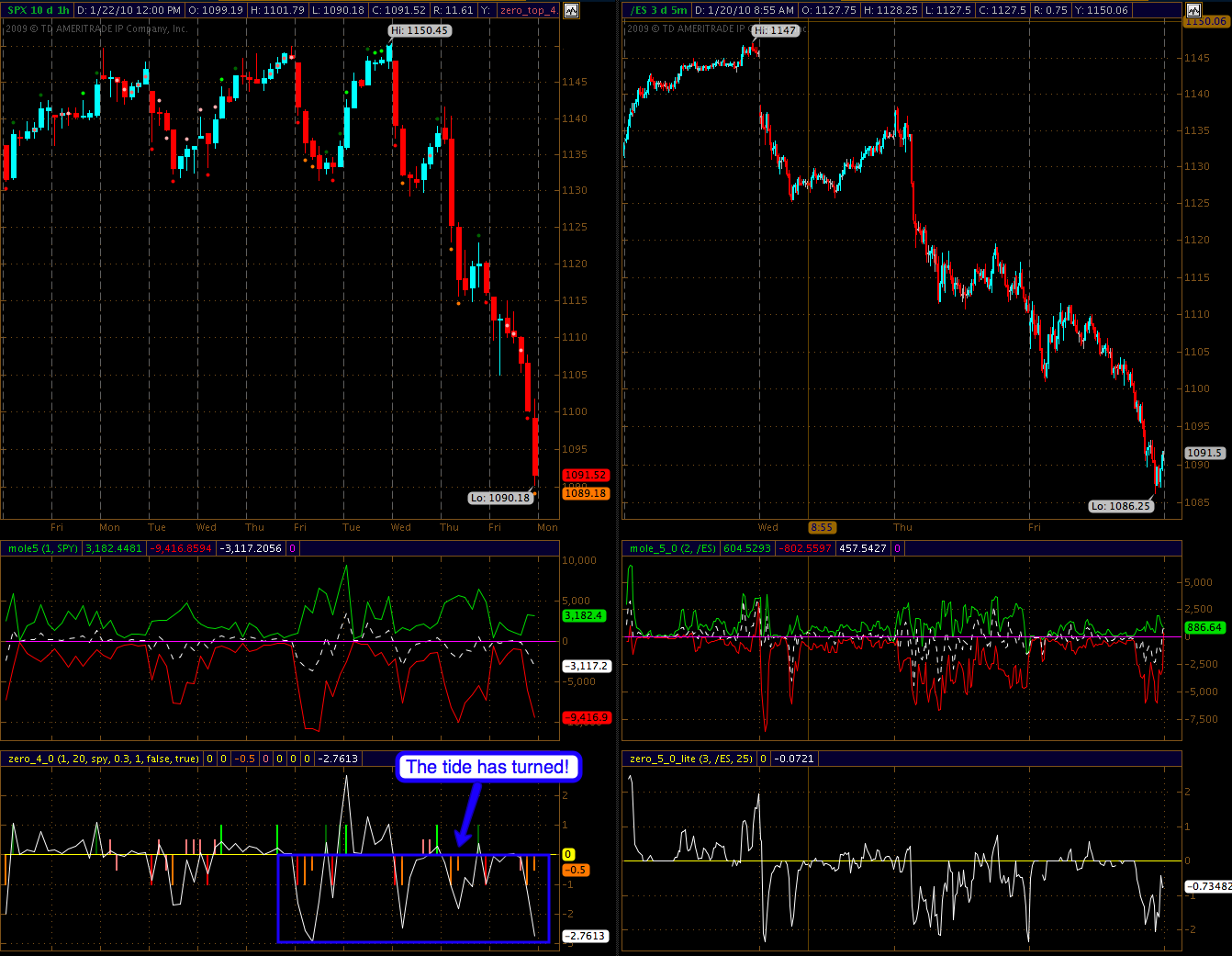 I don’t know how many of you rats are still subscribed to the Zero but it’s simply been rocking lately. Qite clear where the momentum has been swinging and it seems the bulls are not even fighting back. Not a big surprise frankly as the past month was nothing but one heaping serving of distribution. If you think the big boys are being punished here, think again. They are going going going – gone! Retail traders will be the ones with craters in their 401k statements later this year. That’s what you get for being a sucker – sorry, not my fault they don’t read Evil Speculator 😉

Who you tryin’ to get crazy with ese? Don’t you know I’m loco?

Catch you on Sunday rats – and you better be there to read what’s next.