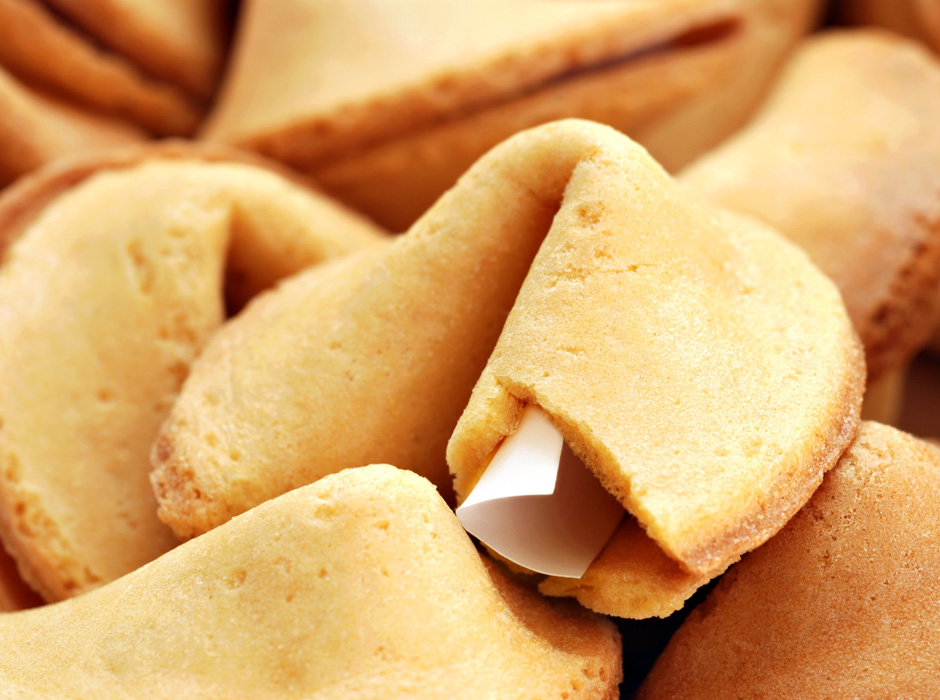 ‘May you live in interesting times’ is an apocryphal expression often incorrectly attributed to being an ancient Chinese curse. Whoever actually coined it we will probably never know, but it’s clear to me that he or she was probably of advanced age and, having experienced a crisis or two, understood quite well the potential disruptive effects of large scale events.

In general I don’t think that our more recent ancestors would have been very happy to live in today’s world of ever changing technology, culture, and social standards. It may sound almost antiquated to some of you, but there once was a time when tradition and permanence were well established virtues to be aspired to (and yes, dinosaurs roamed the world). Which stands in rather stark contrast to whatever it is that is currently hailed as the pinnacle of Western enlightenment as long as it follows the mantra of being either new and improved, progressive, more tolerant, or simply different and edgy. To merely question this never ending hunger for change and purported advancement now quickly labels you a social pariah, or perhaps worse.

For that reason alone I’m actually surprised that not more millenials appear to be attracted to trading as a profession as innovation and constant change are in fact the rule of the land. Perhaps the big difference is that one is actually forced to immediately assume the consequences of whatever is deemed to be an innovation or improvement. To that end the financial markets represent the ultimate bullshit meter from which there is no escape.

Being a trader in the 21st century means you either innovate, follow, or get out the way so you don’t get hurt. Having evolved along with our technology advances the financial market place you know and understand at each moment in time continues to evolve and innovate at an ever accelerating pace with apparently no end in sight. Of course adding to all that is the perpetual cycle of news and rumors that we are forced to absorb on a daily basis. It’s often said that the only reliable force in the financial markets are the ebbs and tides of volatility. 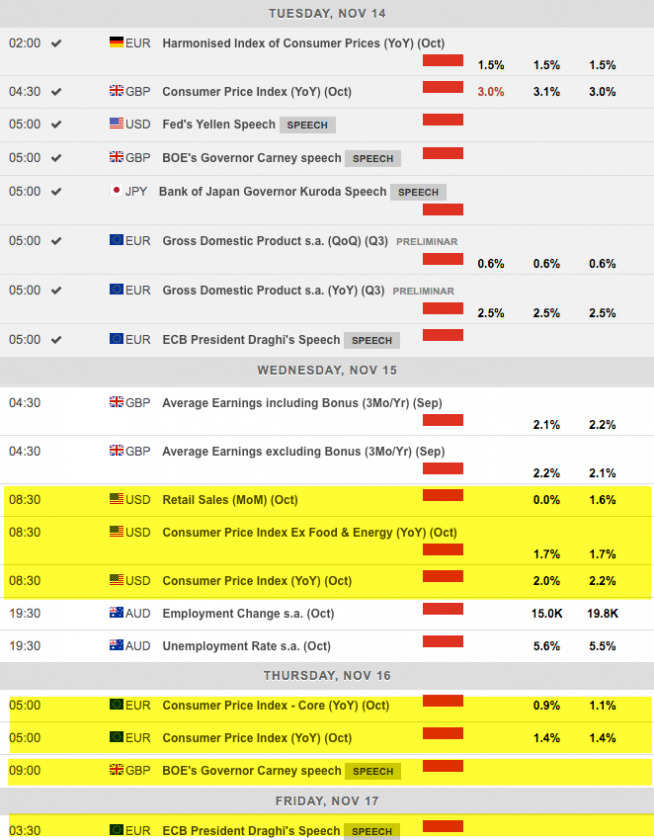 And I expect a healthy helping of just that all through this week as our event schedule is plastered with market moving events all through Friday. So if you enjoy slow and steady then this is definitely not your week and you better watch your six. The swing traders and scalpers amongst you however will most likely love it and hopefully milk each gyration for every penny. 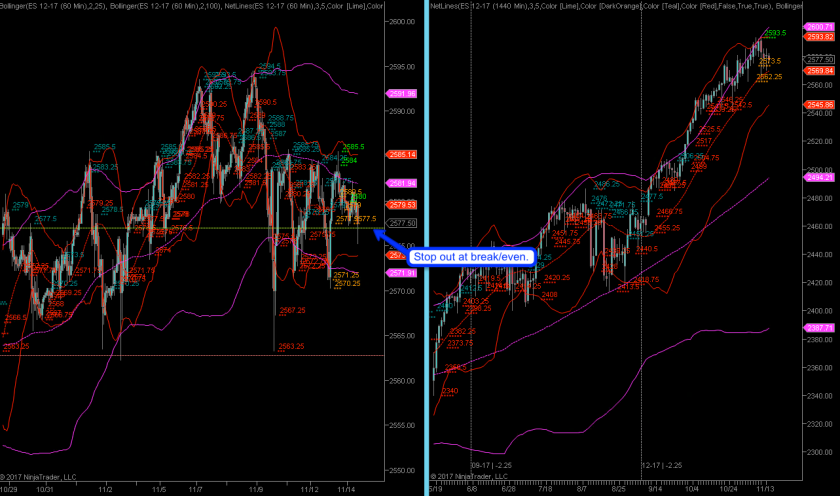 My E-Mini campaign was just stopped out at break/even, so fortunately nothing lost but a bit of time and effort. Quite frankly I’m not too eager to find more exposure at the current time as various markets seem to be in the process of picking a direction. As you know high volatility sideways tape does not lend itself well for break/out or trend trading campaigns, which is what most of us are after on a discretionary basis. Most of my mean reversion trading is handled by automated systems now as I simply don’t have the time or the energy to spend several hours a day glued in front of my monitor.

By the way, the situation in equities right now is really a 50/50 equation, or perhaps it’s 60/40 favoring the bears. All that changes of course as soon as 2563 is broken. As a technical case can be made for both the bulls and the bears right now I choose to abstain until things come a bit more into focus. If it were only for equities I would have remained long here, but given the sideways conditions we are observing across various other market verticals (as highlighted yesterday) suggests a bit of caution. 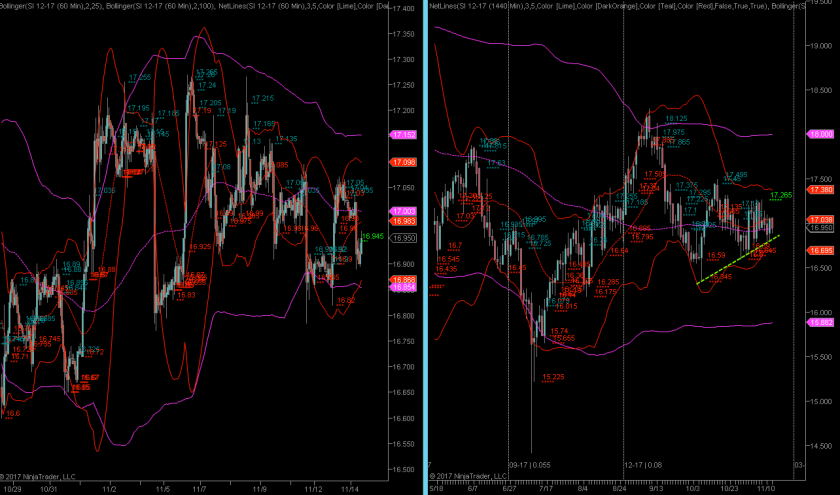 Which is a real shame as for example silver is looking extremely juicy here on my daily panel. But as outlined yesterday precious metals in general are now heading into a more volatile seasonal period and I don’t see any attempts to take them higher right now. Intra-day volatility also continues to be high, making picking entries a bit of Russian roulette, and I’m not just talking about silver here. 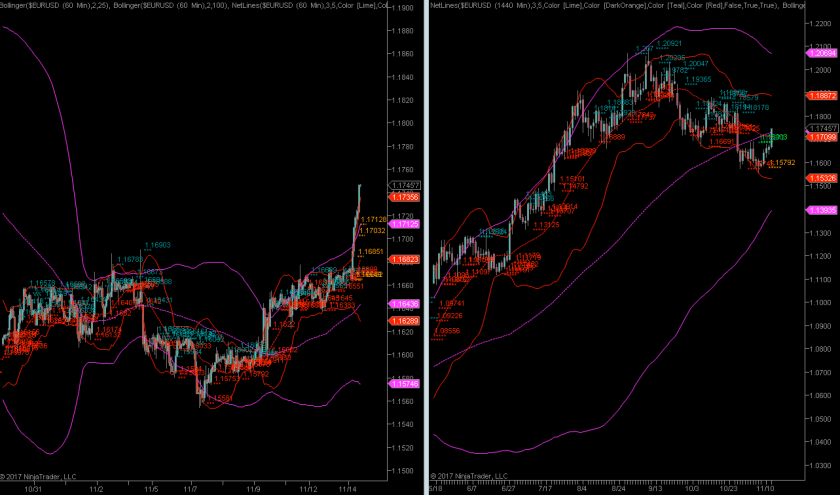 I’m glad I did a bit of Christmas shopping early this year (just got myself a new toy guaranteed to result in recurring hospital visits) as the Euro is in the process of shooting higher, indicating that recent Dollar strength was most likely only temporary. Which in turn will affect markets all across, especially in equities and on the futures front.