UPDATE 9:50am EST: I should have stayed in bed this morning – looks like it’s going to be a boring morning at least. In the interim here are the daily (and weekly) retracement levels. Word has it 2sweeties is working on hourly – this is getting out of hand – LOL 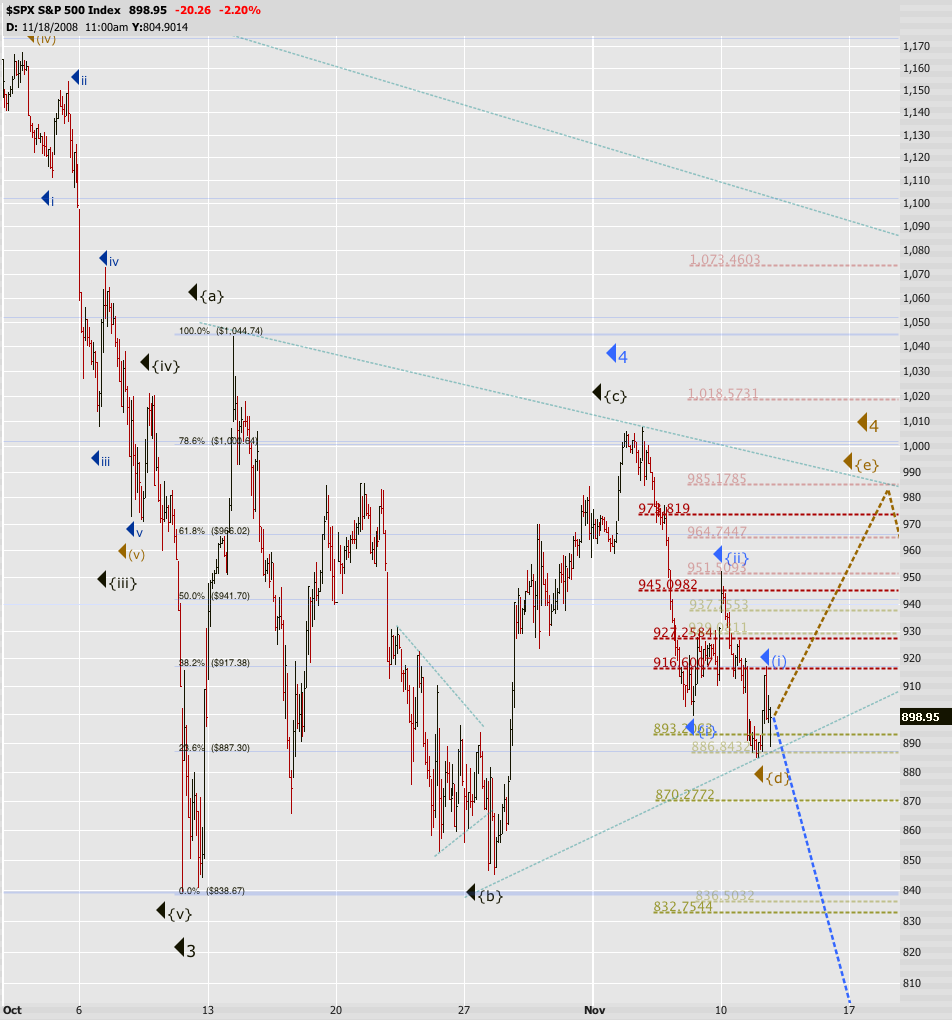 UPDATE 10:50am EST: Just want to let you guys know what we are now sitting in a tight channel:

Yen is overbought short term, so I don’t expect a breach of the lower pivots anytime soon. Maybe later today or towards the close. TNX is hanging around at today’s lows (currently 36.77 -2.08%) – that’s good for us bears.

UPDATE 11:20am EST: Screen grab of the headlines. I for one smell desperation: 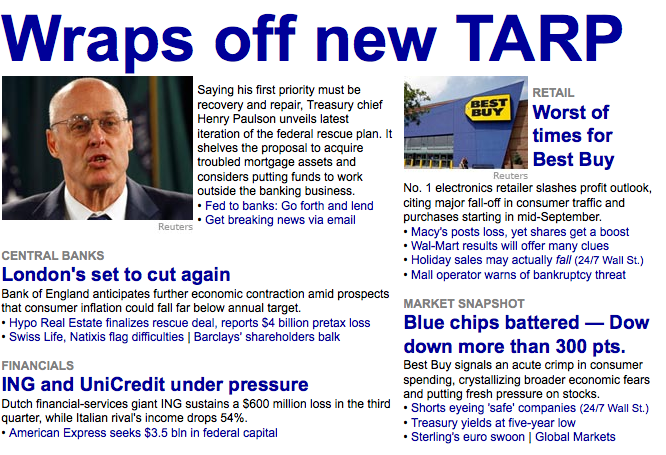 And the market does….. wait for it…. NOTHING! Just 2 months ago these headlines would have been good for at least a 500 point rally in the Dow.

UPDATE 12:45pm EST: Okay, I see triple bottoms in the ES and the YM on the 3min chart. Also, today’s tape reminds me of yesterday, so I wouldn’t be surprised if a rally was coming. The bulls better get a move on however because the Yen is recharging – otherwise it’ll be a non-event. Now or never. Actually surprising the bulls are not exploiting this more. I’m still in cash because I don’t see a clear signal. The market needs to tell me what I need to do – I’m not going to guess it.

UPDATE 1:01pm EST: In case you cats wonder – this current push to the upside has no meat in it. UVOL is meager compared with the drops. Unless I some volume here I don’t think we cross 8500 on the YM.

UPDATE 1:52pm EST: Chop chop chop we go – I don’t see any volume in the drops now, not sure what this market is up to. This is like watching paint dry – annoying at best. We’re painting new lows in the ES right now, but somehow I am suspicious about all this action.

UPDATE 3:18pm EST: I don’t like what I see on my indicators – I know we’re going down but I would not grab positions at this point. Not based on emotion but on my own momentum indicator plus the Yen which is not convincing. Be careful my dear rats. BTW, watch 855 on the ES futures – buyer there.

UPDATE 3:27pm EST: Berk and I decided to stay out for the remainder of the trading day. Tape cannot be trusted here.

UPDATE 12:35pm EST: I just adjusted the lines and the triangle scenario, although a bit flat on the bottom, is still valid. As a matter of fact, I would love to see a late day rally here, which would make our job a lot easier. We’re pretty close to some final resolution though, that’s the good news. Otherwise, if we drop much further from here the triangle is officially dead. 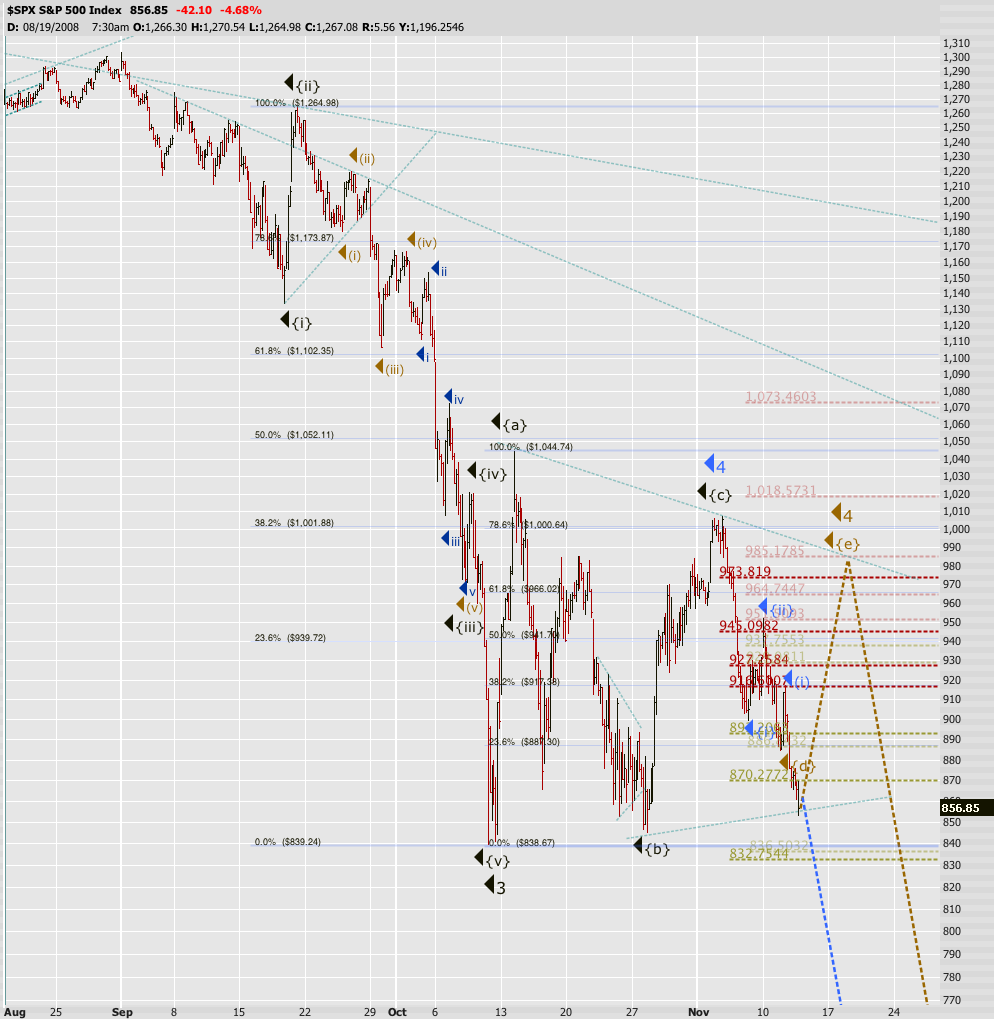 UPDATE 3:48pm EST: We just dropped even further (and then reversed) and the triangle idea looks almost dead at this point – technically still valid but it looks very flat in the tooth. Berk and I don’t know what to make of the tape right this second and although it’s tempting to hold puts here into the close as we expect ugly unemployment and retail reports on Thur/Fr we are staying in cash. It feels like as if we would force the issue, and that is never a good sign.