For some reason I decided to take a peek at today’s ISEE reading in equities just before I was about to hop into bed. Suffice to say that I’ll be missing out on at least an hour of sleep tonight as this story is too important to postpone until tomorrow. 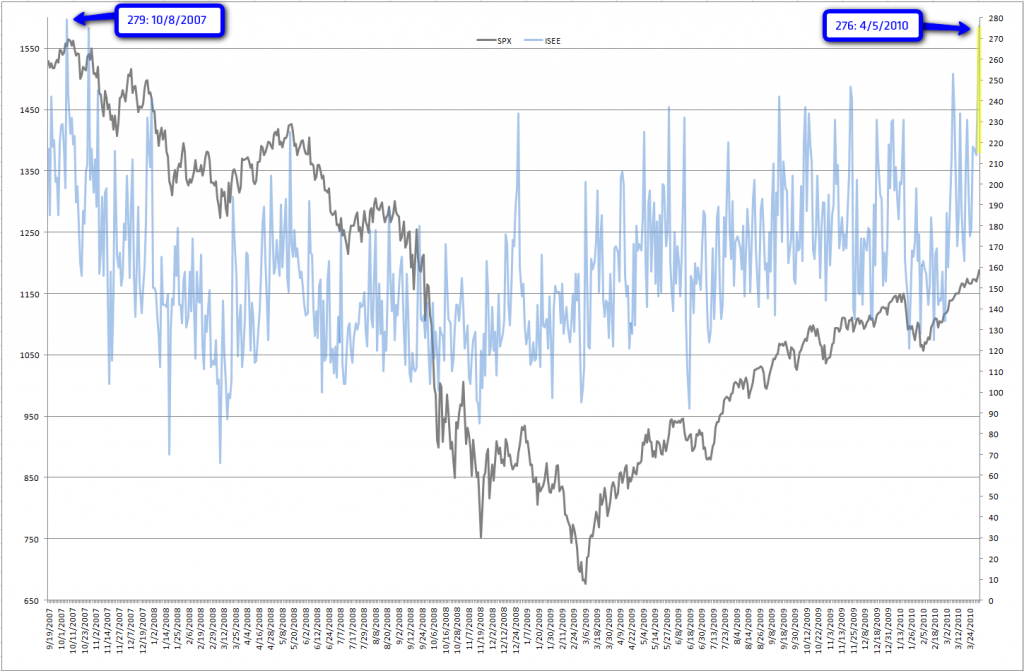 I am not certain what the implications of today’s reading will be but what I do know is that no market can keep going straight up forever. Yes, maybe we’ll see a 300 ISEE reading a week from now – but there WILL be a reversal and I now believe it will happen rather sooner than later. Maybe it’ll be nothing but a minor degree fourth wave and this craziness will continue for a few more months. Or maybe it’ll be a significant reversal and the bulls are about to learn a rough lesson in unmitigated greed.

Whatever it is – if you are long right now get out of your positions. All of them. You’ve had a great run – bears have been burned and you banked some mighty coin. But this episode of this story is over, done, complete. Get out now and laugh all the way to the bank – which most likely you already own.

Ignore this warning at your own peril.

P.S.: Gmak – please copy/paste this to the bottom of your post tomorrow – I want to make sure all the subs see it.