President’s weekend is in the bag and it’s time to start thinking about where spring may lead us on the equities side. Obviously we’ve had a good run here in the past few weeks, courtesy of simply following this rally higher and not attempting to step in front of what was clearly a speeding train. Successful trading doesn’t have to be complicated – more often than you think it’s best to turn off your brain and simply follow the trend. However, all that said – we are now heading into low oxygen altitudes and the odds are starting to learn toward at least a short term reversal. 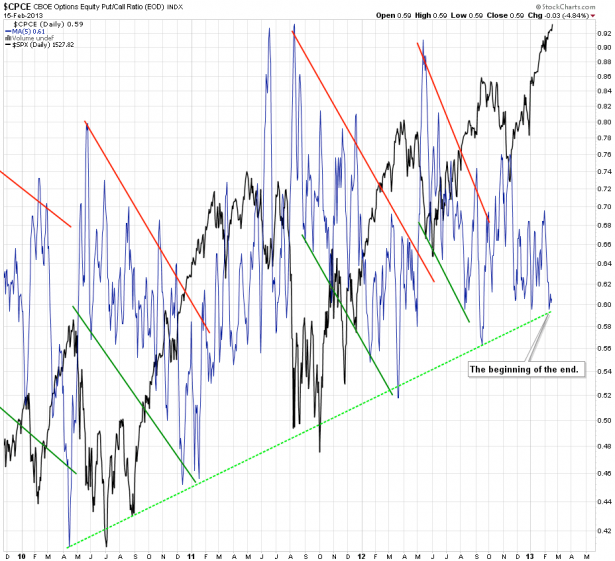 If you are a long term subscriber then you may recall my CPCE Deluxe chart which has served us well over the years. A few weeks ago I pulled this one out of my bag and suggested that a meaningful reversal would probably not be anywhere near unless we got a touch of that diagonal support line. Well, depending on how you draw it we’re getting pretty close – and that suggests a medium term reversal is on the horizon – perhaps a week or two out. 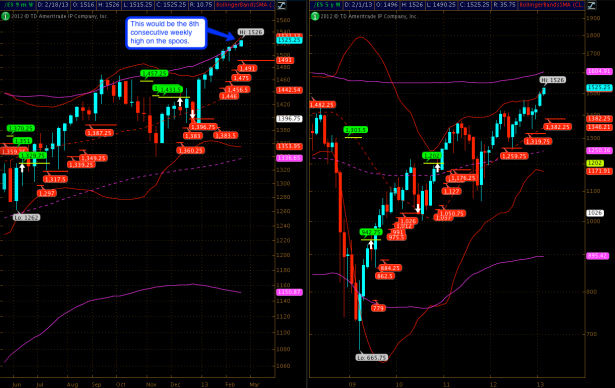 From a purely statistical perspective it’s also worthwhile remembering that the E-Mini is now painting its 8th consecutive week higher (assuming it holds until Friday). To give you an idea of how rare this is statistically speaking: Since 1950 we only count nine instances in which we painted 7 consecutive weeks higher, and only seven instances of 8 consecutive higher weekly closes. The odds for a weekly reversal are currently near the 99 percentile, but that doesn’t mean it’s impossible we see a higher close. To put things into perspective – last week the odds for a reversal were ~ 98% but here we are!

Earlier this month I warned you about the Fed’s POMO auctions scheduled throughout February. We knew the odds of continuation higher were rather high but even given all that easy Fed cash I would be very cautious about the long side here until we see a little correction. It’s just too tempting to shake out some Johnny-come-latelies. Caveat Emptor! 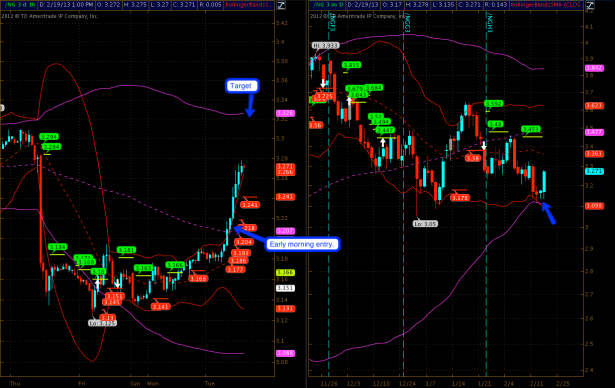 Quick update on natgas – we grabbed a contract at the ST SMA breach this morning and it’s been chugging higher like a champ. I’d start scaling out a little at this point but am ready to keep a few contracts running into 3.32. 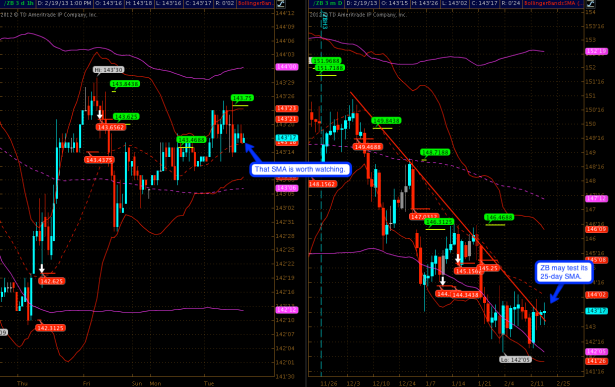 Bonds – the 30-year may be breaking off that diagonal resistance. If you are in this trade then be prepared for a test of that 25-day SMA. 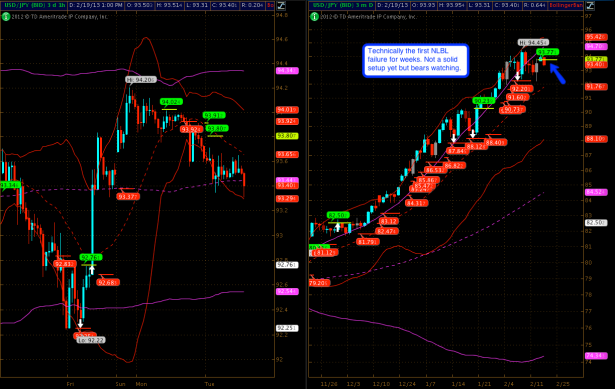 USD/JPY – I’d like to put this one our map. It’s not a bonafide setup just yet but it’s worthwhile noting that it breached a daily NLBL for the first time in weeks. Maybe it’ll jump higher tomorrow – let’s see.

We’ve got nice setups today – let’s jump right in:
[amprotect=nonmember] More charts and non-biased commentary below for anyone donning a secret decoder ring. If you are interested in becoming a Gold member then don’t waste time and sign up here. And if you are a Zero or Geronimo subscriber it includes access to all Gold posts, so you actually get double the bang for your buck.
[/amprotect] [amprotect=1,13,9,12,5,10] 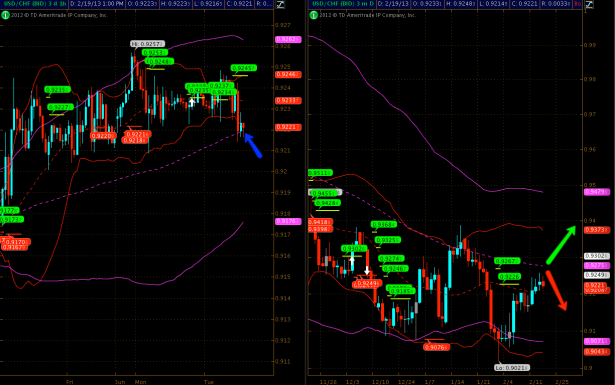 USD/CHF currently sitting on its 100-hour but I’m actually hoping for a touch of that 100-day SMA, which would be a nice inflection point. Obviously it’s passable to take a 100-hour SMA breach here if it happens – always possible we won’t touch that Maginot Line on the daily. 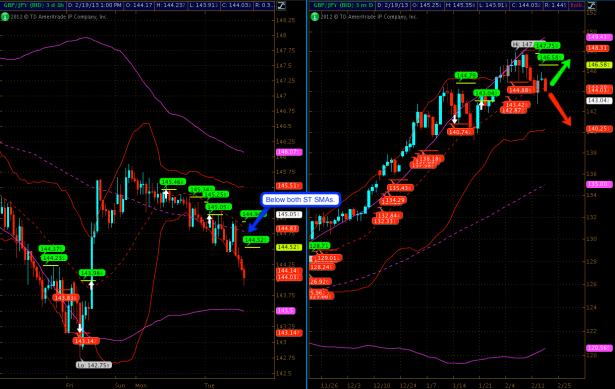 GBP/JPY looking weak – below both ST SMAs and also below its 25-day right now. Use that daily SMA for getting positioned – I think the bulls still have home turf advantage but it’s looking interesting right now. 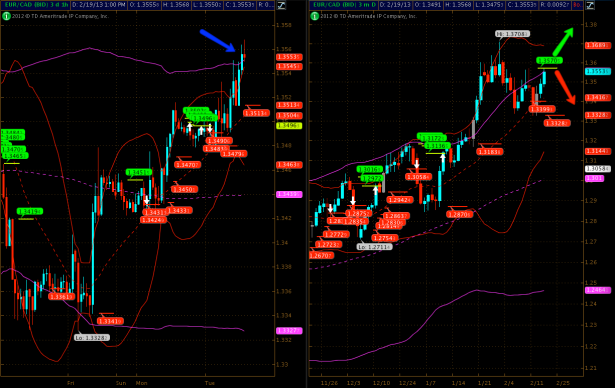 EUR/CAD is a bit shot out on a very short term basis, and that daily NLBL should be good for some resistance. 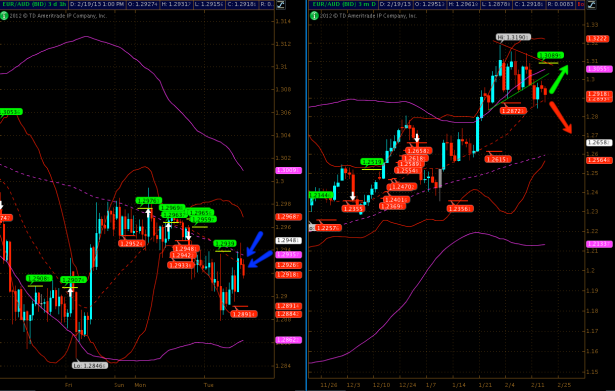 EUR/AUD – it’s been a big tease but that 25-day is rising rapidly and it’ll have to make up its mind soon. Watch that 100-hour – actually we are currently below both ST SMAs. 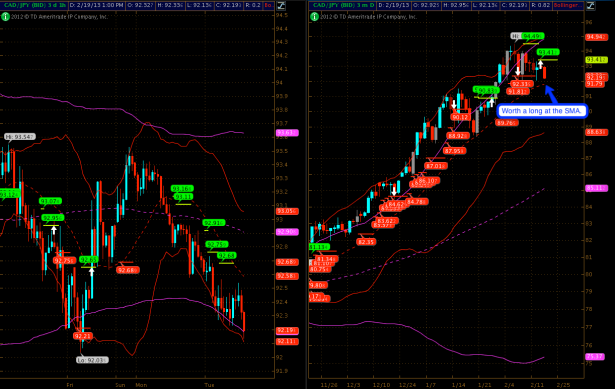 CAD/JPY – another Yen pair which has been dropping. Support below at the 25-day SMA. 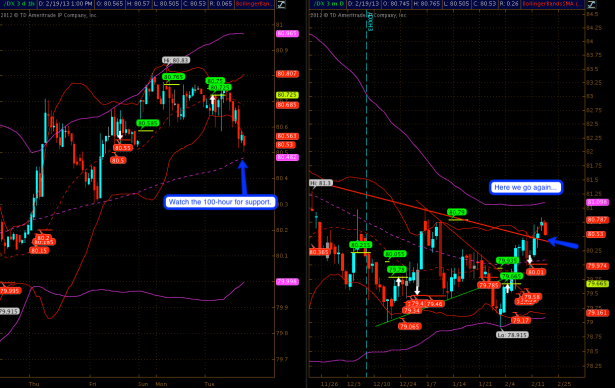 And the greenback is back from whence we came – I guess we’ll have to do this one more time. That diagonal should provide support but I won’t be married to my longs if I start seeing it slide lower. Good spot to add or get positioned either way. 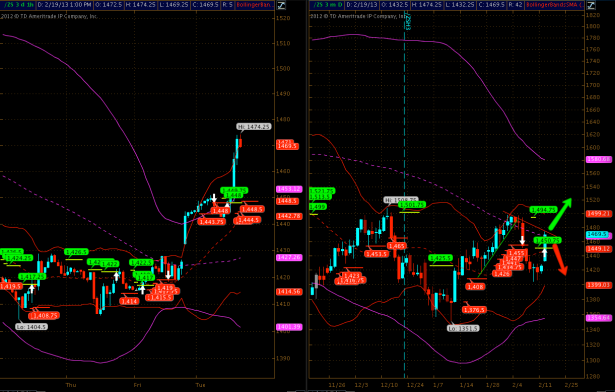 Soybeans looking strong! I think the chart is self explanatory. 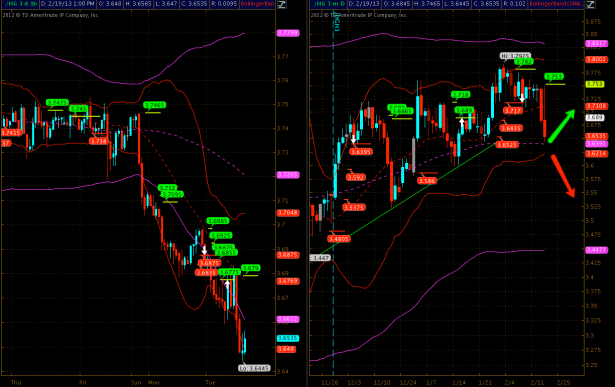 Finally copper which has been selling off hard and is now back at its 100-day SMA. We want to see some support here although based on prior observations we may drop through a little. I would play this only with a small position – and wait until you see signs of a floor (or a drop below that lower 25-day BB).