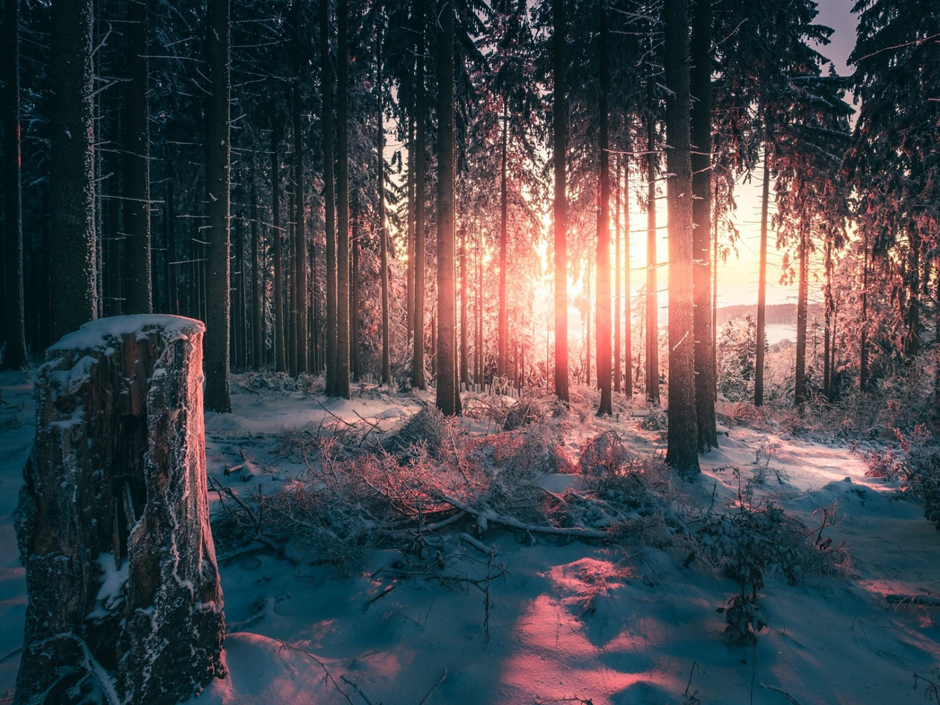 Since most market participants were still on vacation last week I didn’t bother to post a full statistics update for the month of January. However as it’s one of the busiest months of the year let’s take an in-depth look at what we should expect from a seasonal perspective. 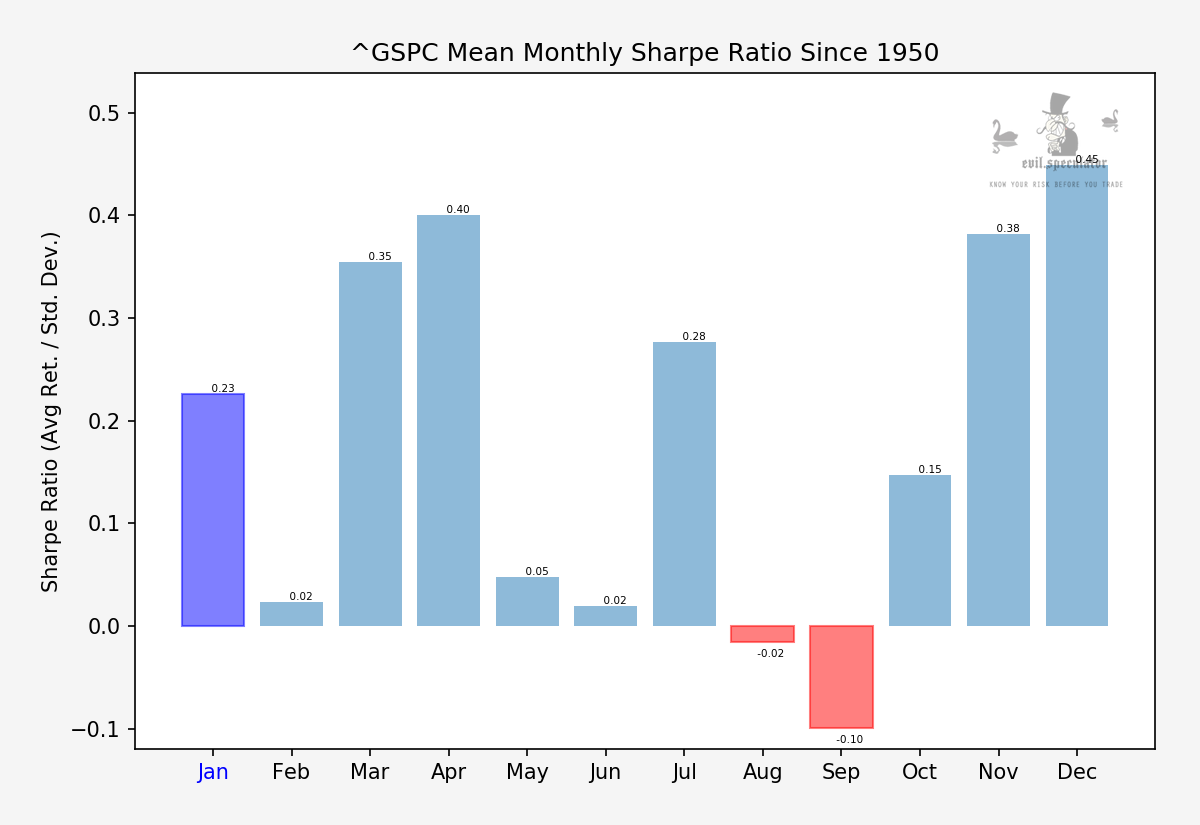 The Sharpe stats were a bit of a surprise for me the first time I ran my stats parser after I had built it. I had alway been told that January was one of the biggest earners of the year but the returns over the past 70 years are clear and rank it only at #6.

Ergo: It may be one of the busiest months but it’s far from being the most profitable. 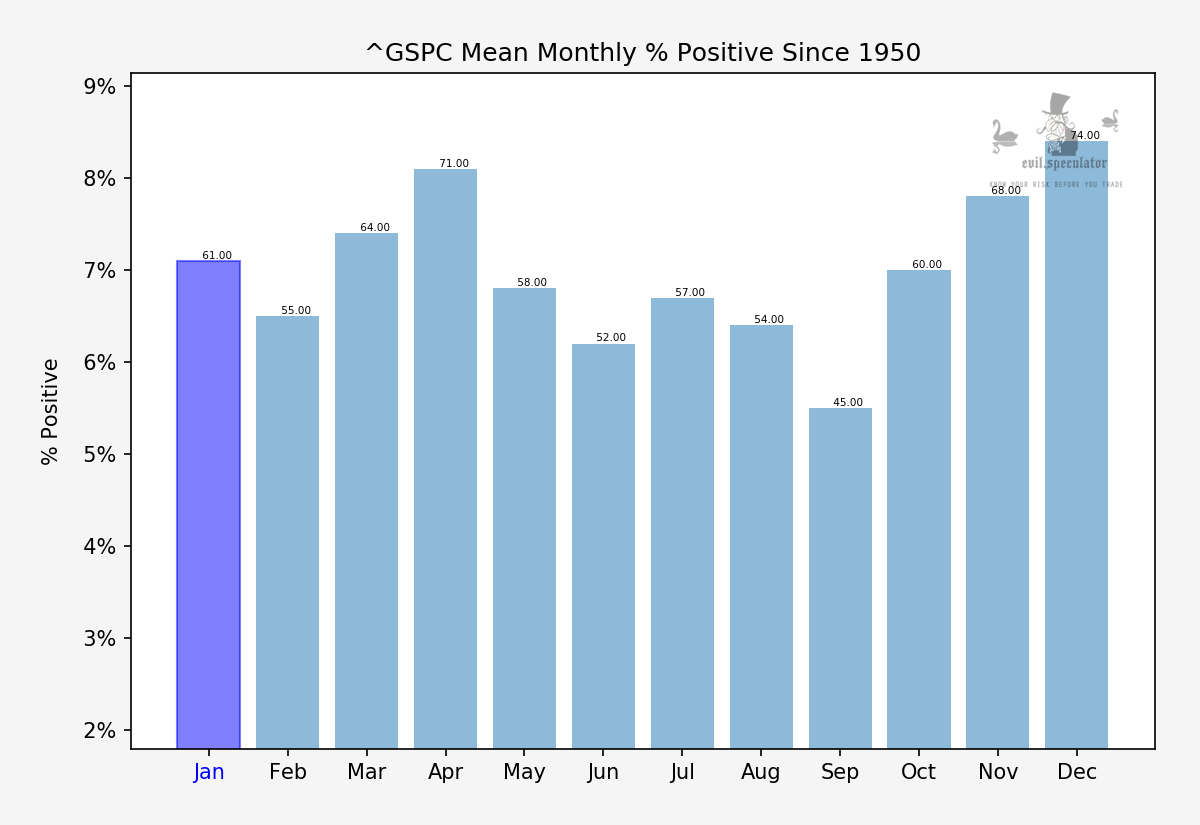 Percent positive at least puts it at #5 after March, April, November, and December. Not that a 61% probability of ending the month positive should be ignored of course. 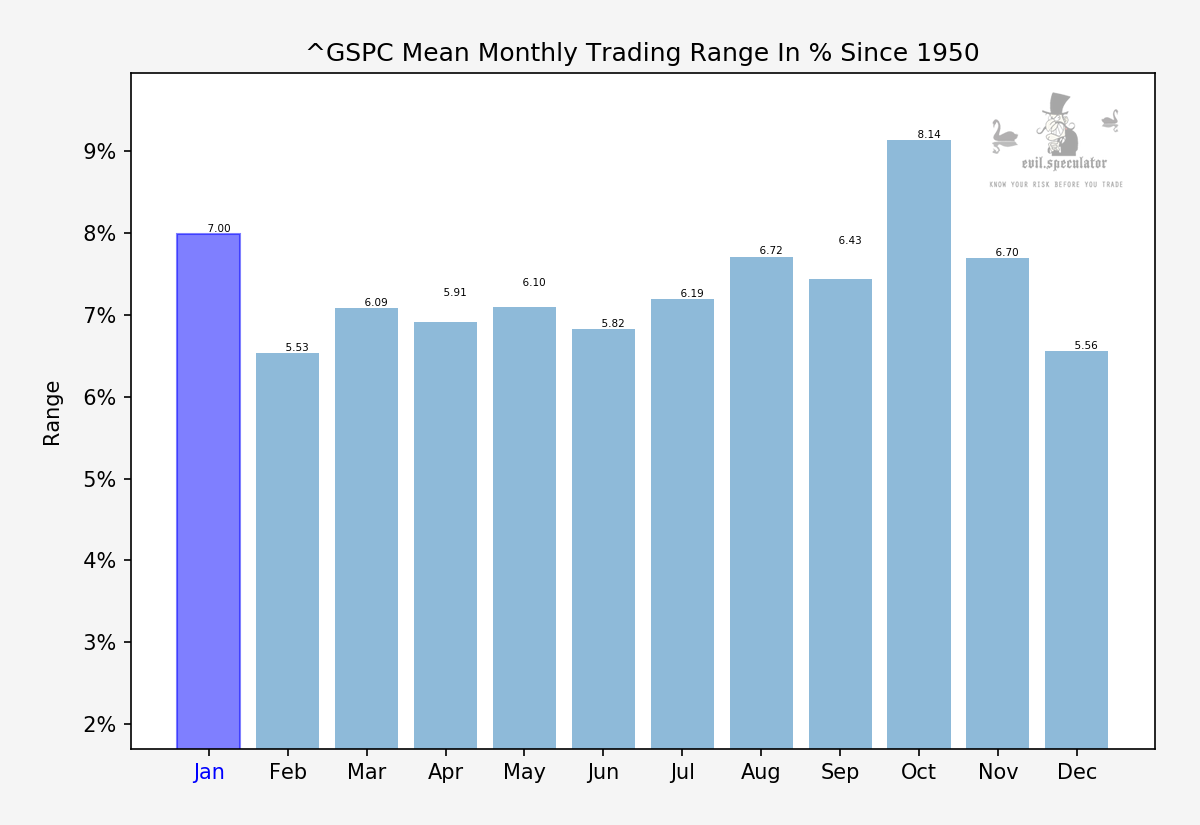 It seems that January shines were it shouldn’t – in particular when it comes to trading range, which puts it at 7%. That means more volatility, wider swings, and a higher probability that your stops are being touched. 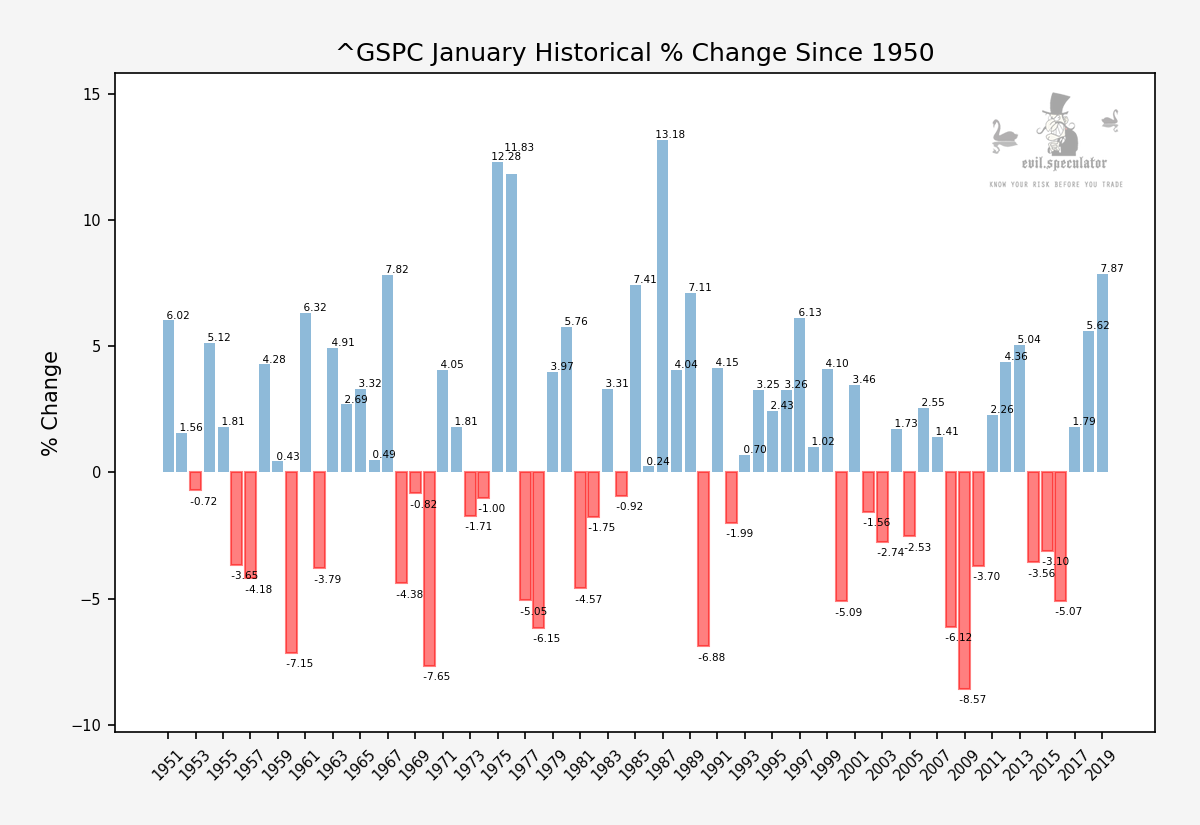 Here are all January closes since 1950 on a percentile basis. It really looks like as if January loves to swing for the fences on both sides of the spectrum. 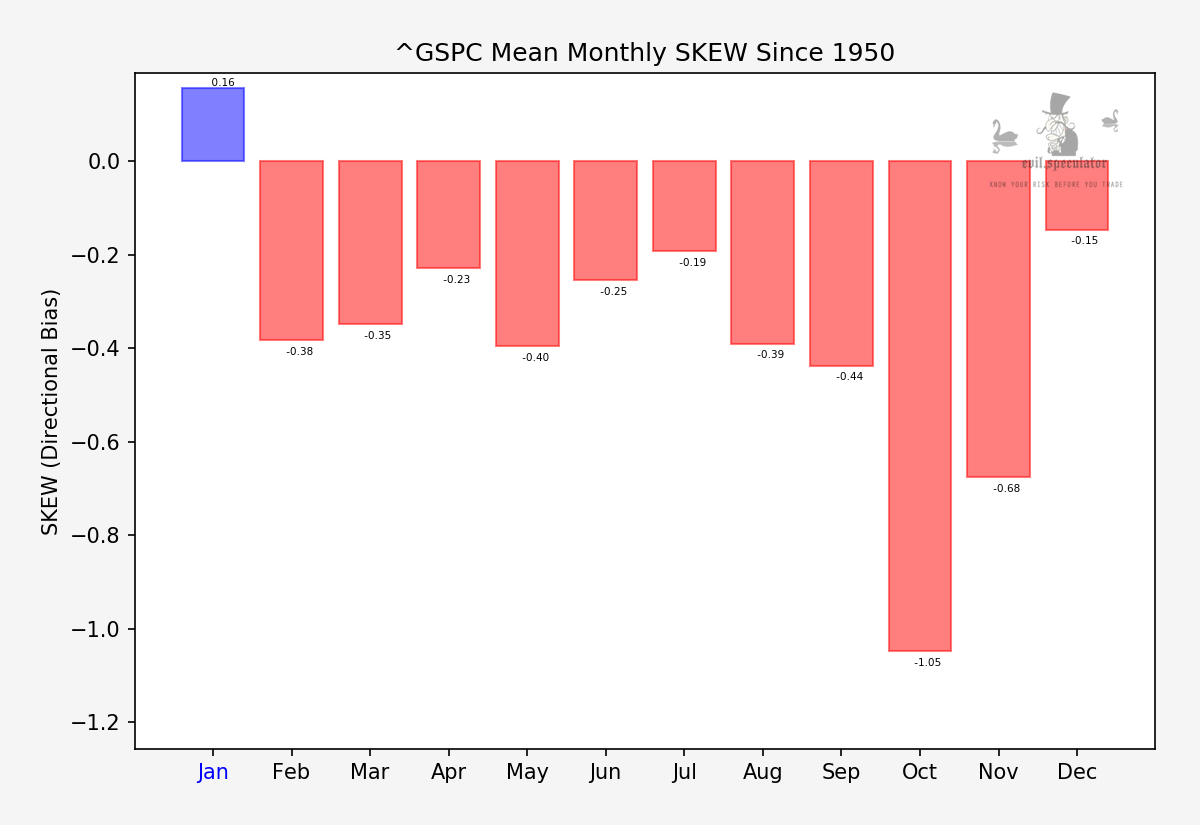 Curiously January is the only month that shows positive SKEW at 0.16. Is that a bad thing? 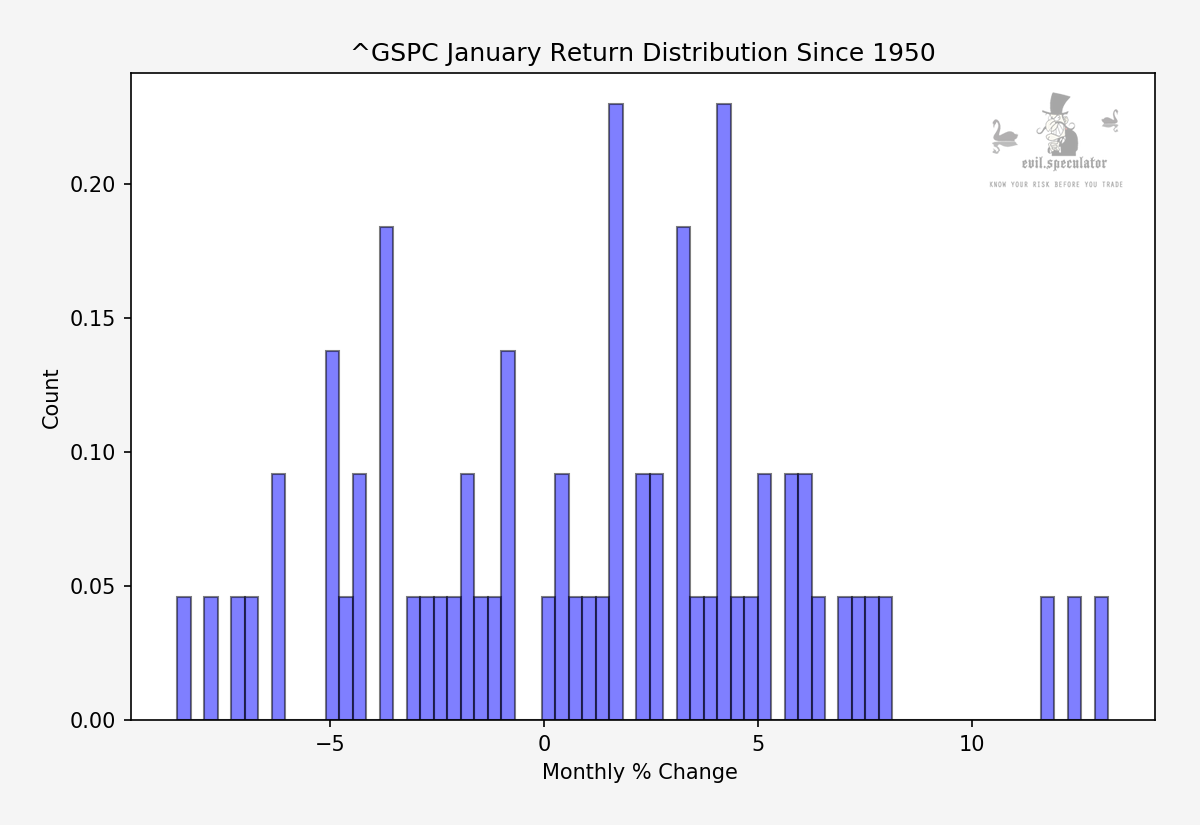 The histogram shows us a bit more detail. Apparently the median is slightly trailing the mean but that’s okay as the mode (i.e. the peak of the distribution curve) is in positive territory between 0 and 5%. 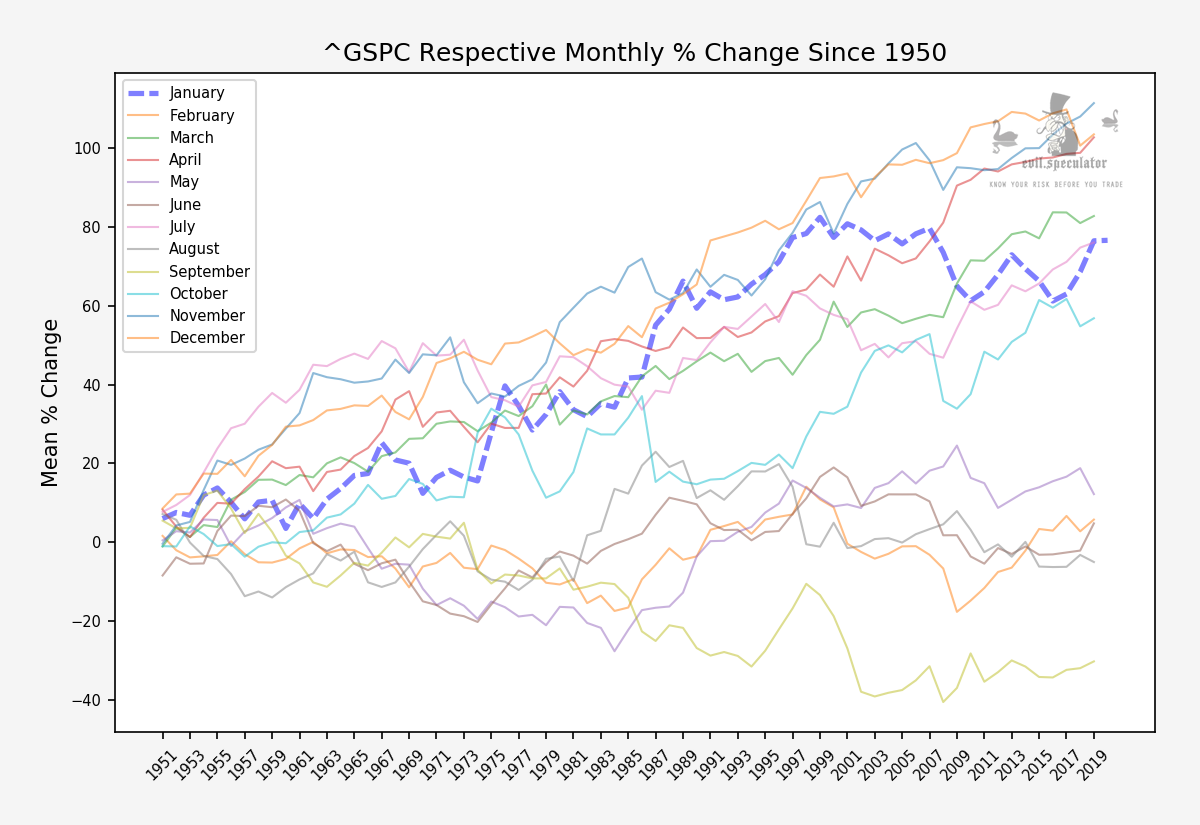 Here’s a comparison of January against all other months. It’s not a bad month per se but the amplified volatility can lead to stupid trading decisions, so watch your six.

Weekly stats for week #2 as well as our weekly list of stock victims are waiting below the fold for my intrepid subs: