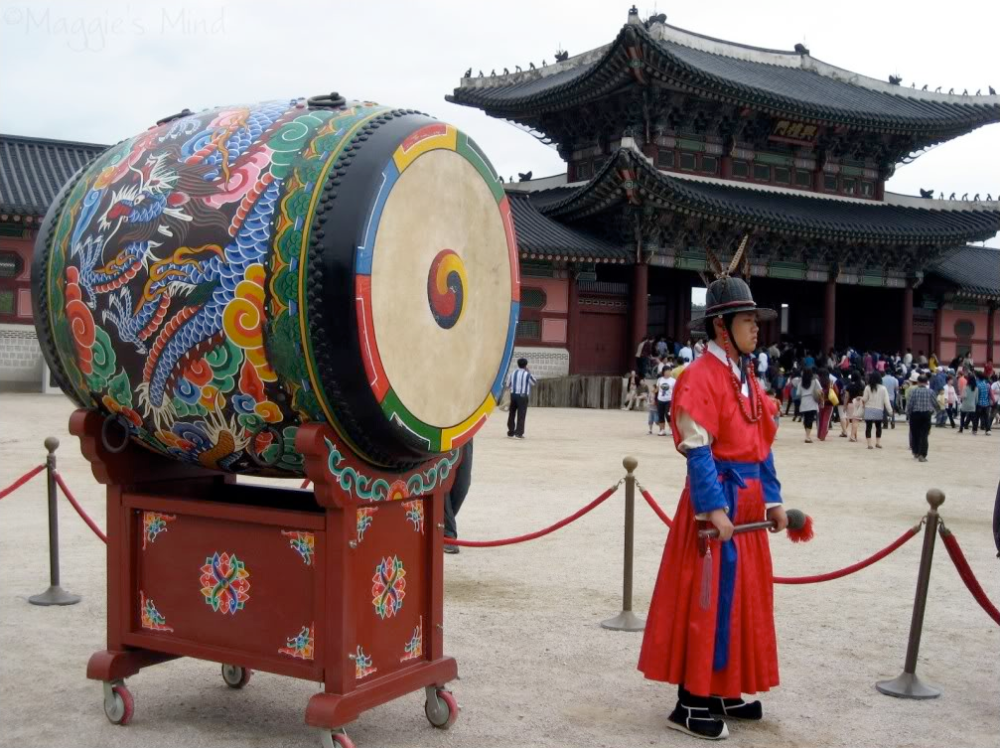 Unlike the majority of the people currently debating the merits or risks of a confrontation in the Korean peninsula I actually have spent a bit of time in the region (Seoul and the surrounding countryside). Thus I have had the opportunity to develop a basic understanding of the country, its amazing people and culture, its industry, and the geo-political situation in the region.

Whether or not Trump will actually lead us into an outright confrontation against North Korea yet remains to be seen as I am sure Congress will have a thing or two to say about it. So we shall see but should all the saber rattling turn into an actual military conflict I can assure you that any victory will come at a great cost. Yes, the DRK’s military’s capabilities appear somewhat ridiculous when compared with that of the United States’, however bear in mind that both South Korea and Japan are highly densely populated countries. Just one single hit by a conventional (non-nuclear) missile would cause a huge death toll and would most likely lead to escalation.

I actually once ventured up to the very border with North Korea at the DMZ and got a good look at the installations. All I can tell you is that the North Koreans are very serious about being able to win a conflict and they aren’t shy telling you about it either. Many people expect half of North Korea’s troops to lay down their arms as soon as bullets would start flying and I think that this is a big misconception. Although the average North Korean is a whopping 4 inches smaller than his/her South Korean cousin they are ferocious fighters and believers in their cause. Even if a majority of them would give up within the first week or so I am convinced that many would flee to the mountainous regions and continue to fight a guerrilla war that could go on for weeks or even months on end.

Now having said this I think this war is in the end unavoidable. We may be able to deescalate the situation right now but Kim Jong Un already has nuclear capabilities and it’s just a matter of time until he possesses multi-stage nuclear weapons. Or worse – the ability to scale down the technology and produce portable nuclear weapons that could either directly be used in the region, or be sold to high paying terrorist organizations capable and willing of deploying them either in the continental U.S. or over here in Europe. So make no mistake. This war is coming whether we like it or not – either this week or in a few years from now. Let’s just hope it won’t involve nuclear mushroom clouds. The death toll and long term consequences would simply be unfathomable. 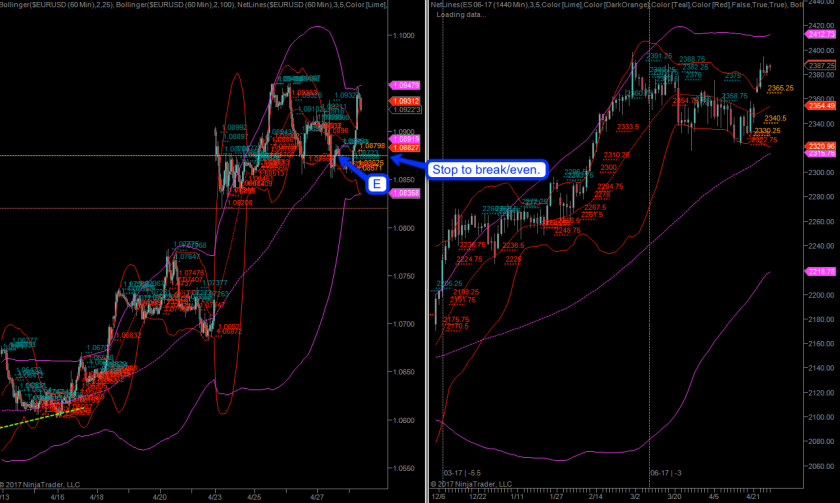 Alright, back to trading – here are some updates on our ongoing campaigns. I actually did get my entry on the EUR/USD and have already moved my stop to the break/even point. This thing either takes off here and now or it’ll die in its cradle. Remember what I said about gap fills – gravity continues to pull here unless new ground can be established. 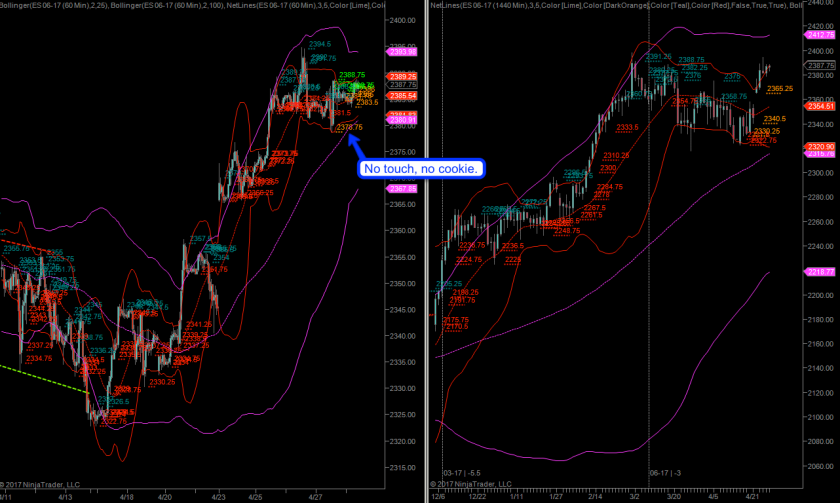 No dice on the ES – I am particularly ornery with taking entries on the ES as the whipsaw does not allow for much margin of error. So either we get a decent retest of the 100-hour or I’m staying out of this one for now. 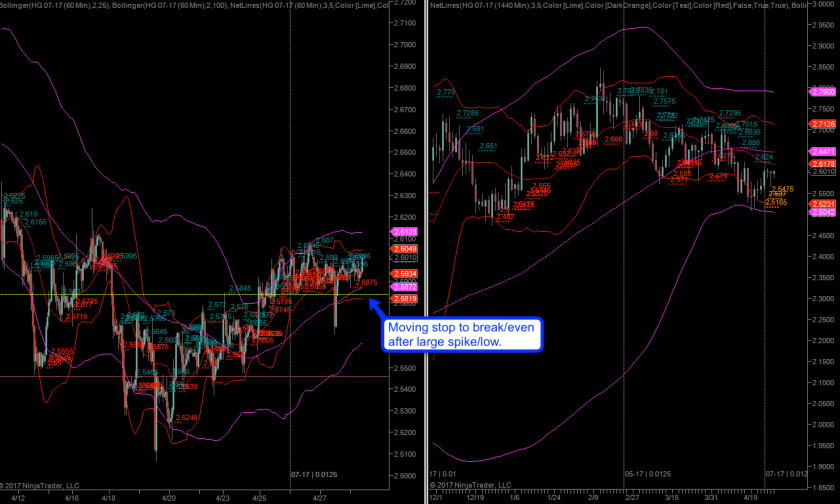 Copper gave us a little scare yesterday but the quick spike down establishes new context and that’s positive. As it’s now Friday I’m now moving my stop to the break/even point because all those war drums are making me a bit nervous and copper really needs to get out of the gate now. If you’re less skittish than me then you may want to place your stop below the spike low which IMO would suffice.

Okay subs – I kept this one just for you guys