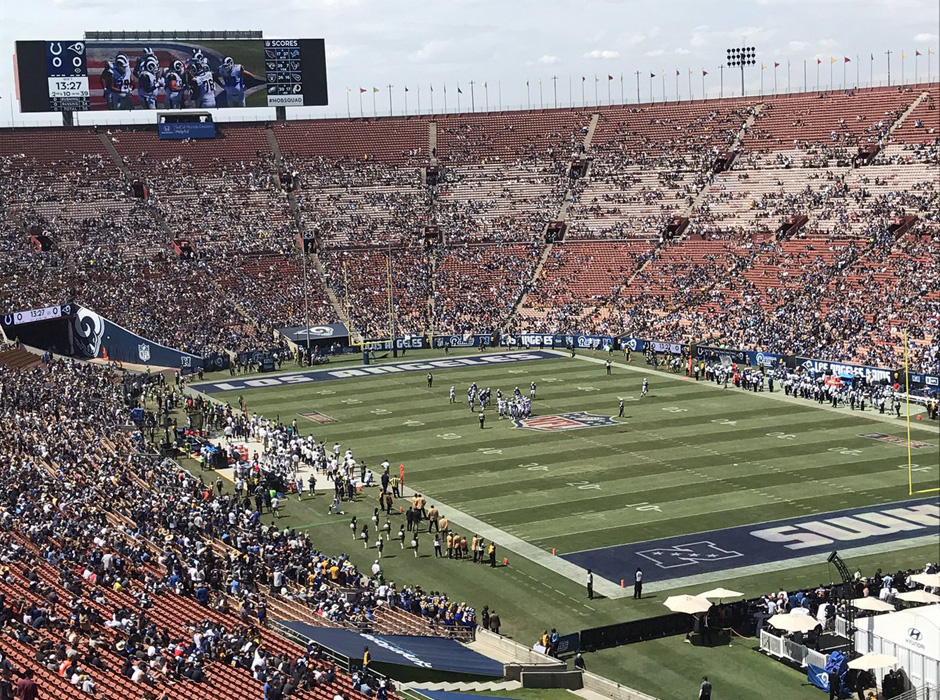 Equity futures pulled an NFL yesterday judging by the complete lack of participation throughout the big roll over day into the 2018 March contract. Fairly unusual at least in my (not so) humble opinion, and it seemed as if everyone rolled (or perhaps not) and then simply walked away. 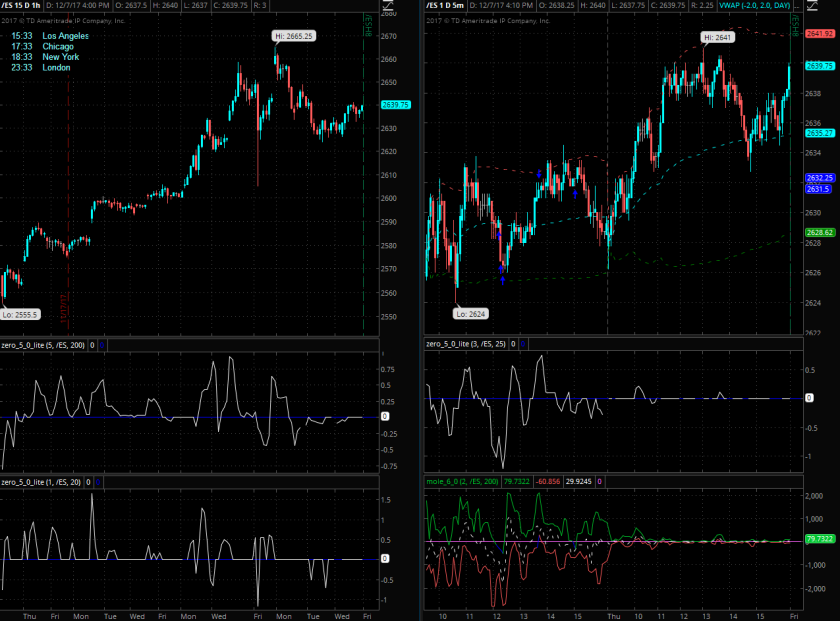 Now I can’t really blame them either given that BTC scraped $17,000 yesterday – and then of course promptly fell back to $14,000 as 20% swings apparently are the new norm across cryptos. Boy oh boy, I simply can’t wait to trade the futures later this month and let’s just say that various pertinent evil plans have already been set into motion 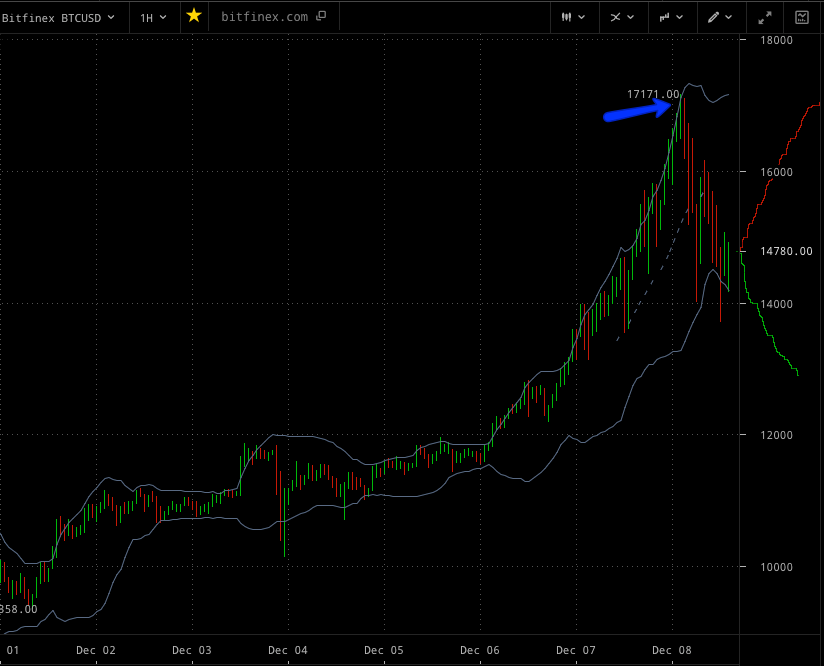 But I’m delighted that CME and CBOT were smart enough to embrace crypto derivatives early on, unlike ICE which is basically choosing the conservative route, as they seem to realize that the cheese is rapidly moving. Which your humble host has been sensing for a long time now to be frank right here in terms of participation (that word again!). Main reason being of course that both U.S. equities and forex retail markets became increasingly restrictive due to Dodd-Frank severely punishing the only group of traders largely unresponsible for the 2007/2007 market melt down.

So retail gradually disappeared with the exception of a few hard core watering holes just like this blog. And then almost out of nowhere BTC pops onto the scenes and launches the one thing retail traders the world over have never ever been able to say no to: a bubble. And so it grows and grows and grows while Wall Street is acting confused trying to figure out where exactly it missed the boat. I would point toward hubris and arrogance but then again who sits in a glass house is best reminded to not cast stones.

Anyway, meanwhile the other ICE (the U.S. Immigration and Customs Enforcement agency) is sharpening its knives in preparation of coming down hard on child exploiters, drug smugglers, illegal arms dealers, and other types of human cockroaches as they appear to share one thing in common: which is to increasingly use BTC for their illegal transactions. It’s truly a strange world we live in when major exchanges are preparing to issue derivatives on a crypto currency massively used by criminal organizations.

The irony is not lost on me of course. When I was a kid I was expecting trips to Mars, autonomous robots, flying cars, and hoverboards in 2017, perhaps even cold fusion, immortality, or anti-gravity. We didn’t get any of that and instead we got cyber bullying, tinder, facebook, and crypto currency. Damn it, I think I need to lay down now… 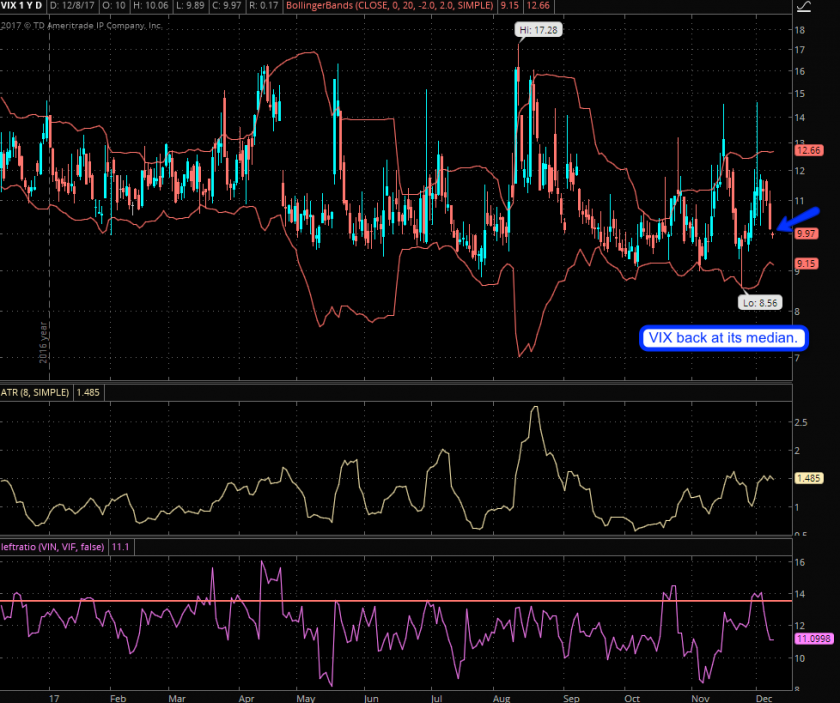 Anyway, I talked about the VIX yesterday and it’s due for a revisit as it now has settled around its current mean near the 10 mark. What happens here is actually quite crucial given the formation on the E-Mini I had pointed out. A drop from here will start shifting the momentum squarely back into the hands of the bulls, but what else is new… Maybe I should remind myself that in a few years from now I’ll probably be bitching about the ‘good old days’ when BTFD was the simple name of the game. 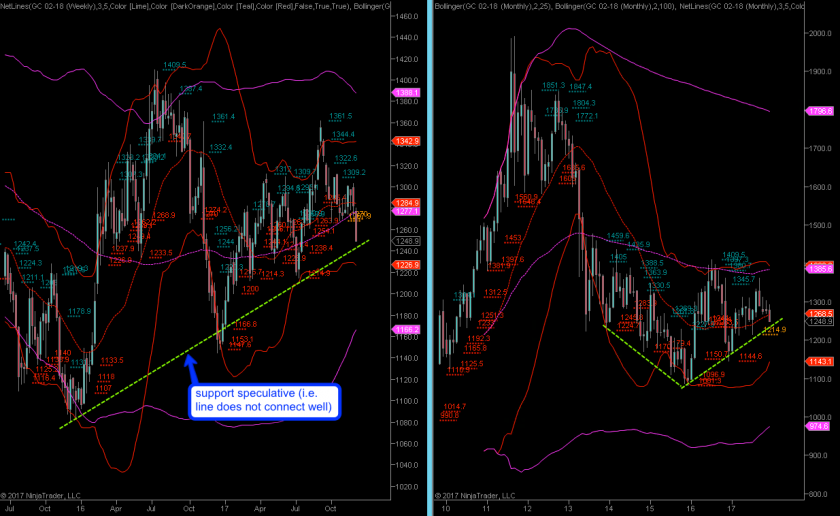 So gold is approaching a very very speculative LT inflection point. I’m the first to admit that it’s not well supported and only may hold up in the context of the daily panel: 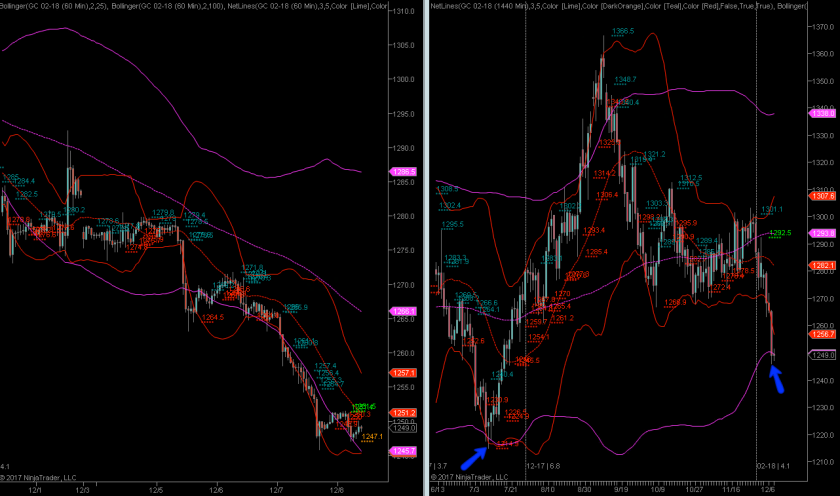 That lower 100-day BB may act as support – eventually. But right now and right here I doubt that it will and this is why: 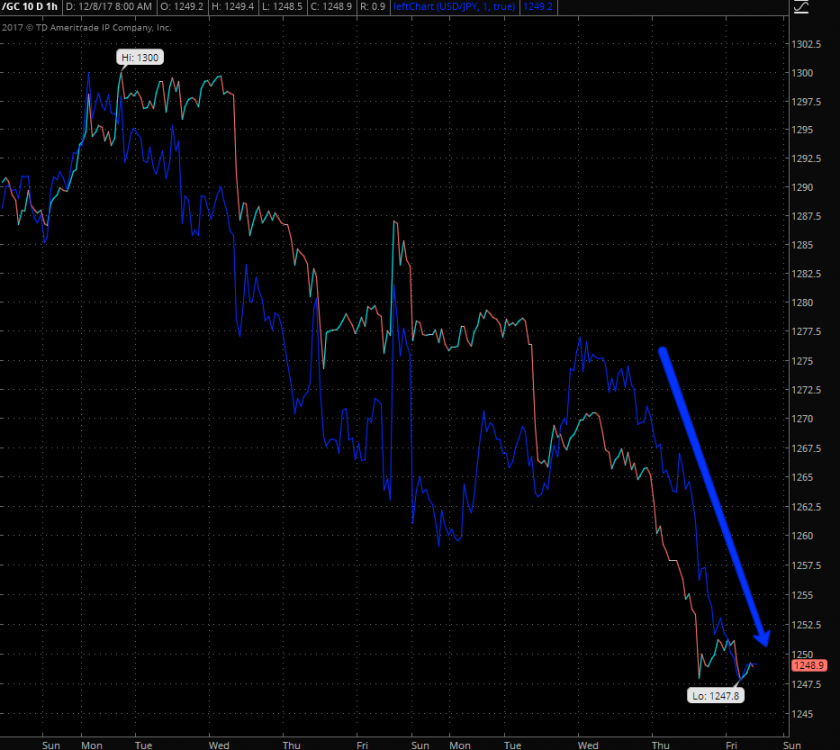 The USD/JPY continues to push up (here reversed and shown in dark blue) and as gold runs inverse that means it’s being dragged lower in the process. 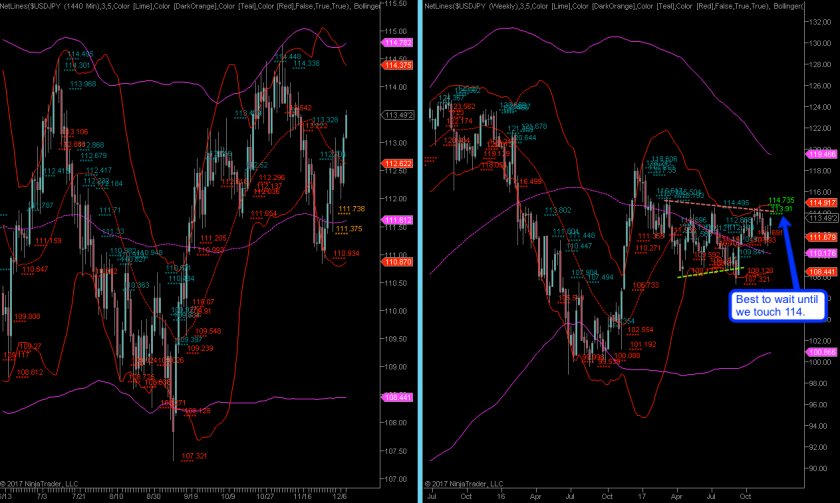 So what we really should be looking at is the USD/JPY then and IMO it seems to be in the mid of a little short squeeze which has little chance of abating until it touches the 114 mark. I was actually waiting for a dip buying opportunity here but the bastard turned way too early and nobody had sent me a memo. Suffice to say that the party responsible will be dealt with, no worries. We don’t mess around here at Evil Speculator!

But seriously now, I think the USD/JPY continues to be an important weather flag when timing PM exposure. And given the lack of LT context on gold it’s best to look here for early clues. 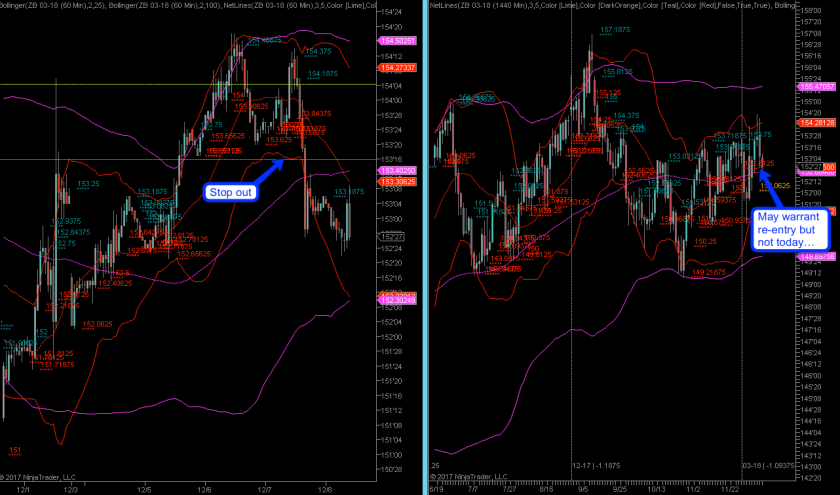 I got into a bond campaign yesterday and was instantly taken to the woodshed. Not much to say here right now, we may take another whack at this but most definitely not on a Friday. 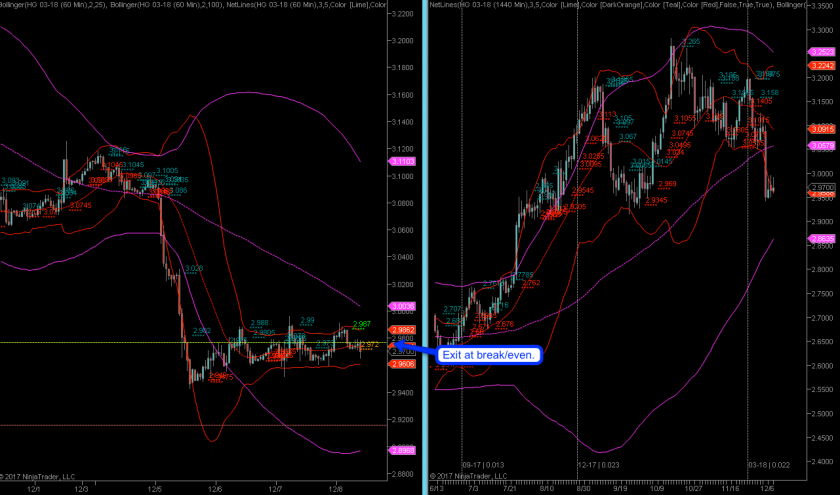 Which is actually also why I’m exiting my copper campaign at break/even. The setup doesn’t look bad but dynamics are now shifting in the futures as I’m sensing very little upward mojo and possible continued strength in the USD (yes please!). I may revisit this campaign early next week if it manages to build a more pronounced floor pattern.