That’s it – summer is officially over. Love or hate it – it’s time to mothball your summer outfits and start airing out the fall and winter gear. Before we know it we’ll be picking out Halloween outfits. Well, you will maybe – I’m already in character all year. Quite frankly I personally am looking forward to a cooler season as it has been one hellish and humid summer here in Valencia with an average dew point consistently pushing way above 63 Fahrenheit (17 Celsius). Which meant that every time I stepped out of our well air conditioned trading lair I started to sweat profusely within a matter of minutes. Having lived in Los Angeles for two decades I have no problem with 90 degree heat plus as long as it’s dry. Mix in this much humidity and the result is a hamper full of drenched t-shirts about every other day. The Mole and high humidity just don’t mix. There must have been a desert rat somewhere in my ancestry. 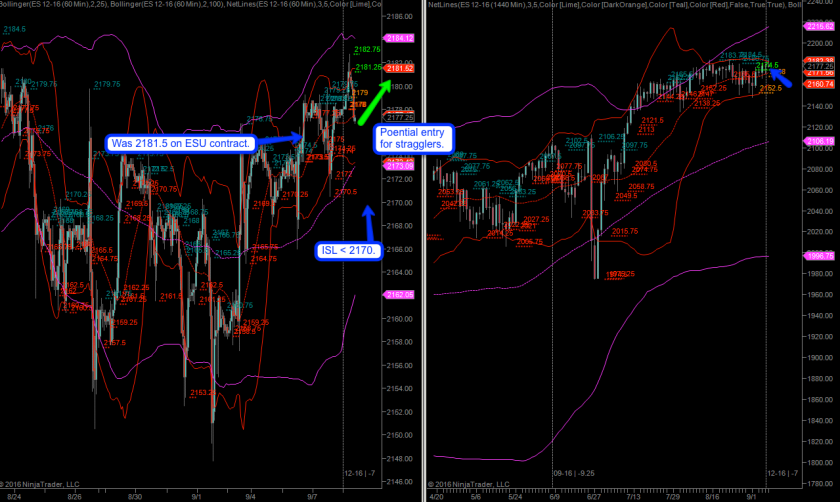 So the E-Mini and various other CME contracts roll into December today, so make sure that you take care of any open positions. Speaking of which, let’s revisit the ES campaign I posted about on Tuesday morning. The December ESZ6 contract is ready for action but has been dropping a little overnight, which may be a late opportunity for stragglers to hop on the long train. Again there is no guarantee that it’ll push higher from here but 2181.5 on the September contract was our inflection point and the formation as of right now continues to look bullish (i.e. higher high and higher lows). 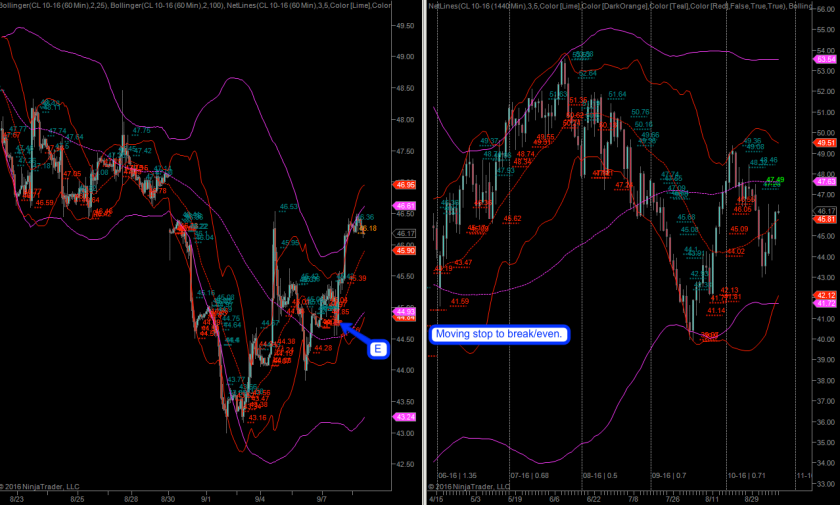 So far the fall season seems to be kicking off well for us. Crude was yesterday’s entry and I would like to offer my condolences to the poor rat who took the other side yesterday. Time to move our stop to break/even. However be advised that this one is far from being in the bag. There is a bit of space to run above but beyond 47 crude will be heading to a critical zone that it needs to breach to change the current dynamics and shift it into bullish mode. 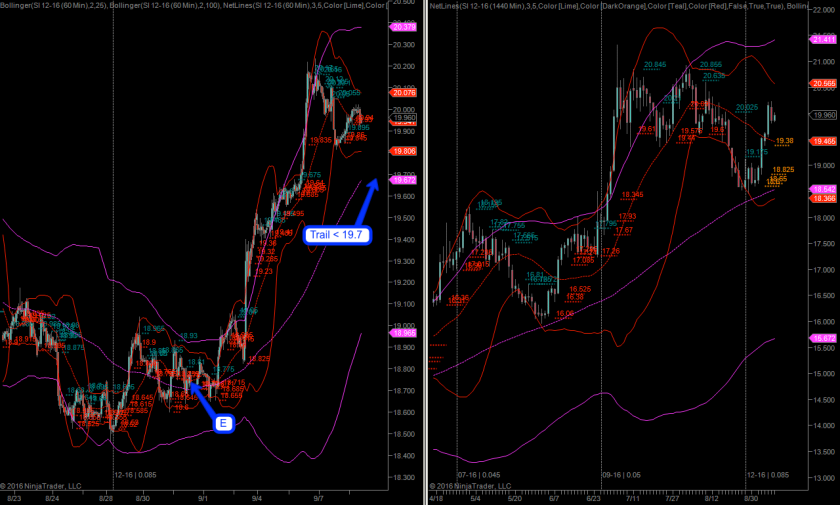 Silver is running like a hare – I’m moving my trail to 19.7. Some of you may actually take partial profits here as silver (just as gold below) is now at an important inflection point. From a bearish perspective the situation is still salvageable but if silver breaches above 20 then I think it may start trending on the daily panel. As of right now I expect a bit of a shake-out, which may lead to my trail being touched. If that happens I’ll be looking for a new entry opportunity in a few days. 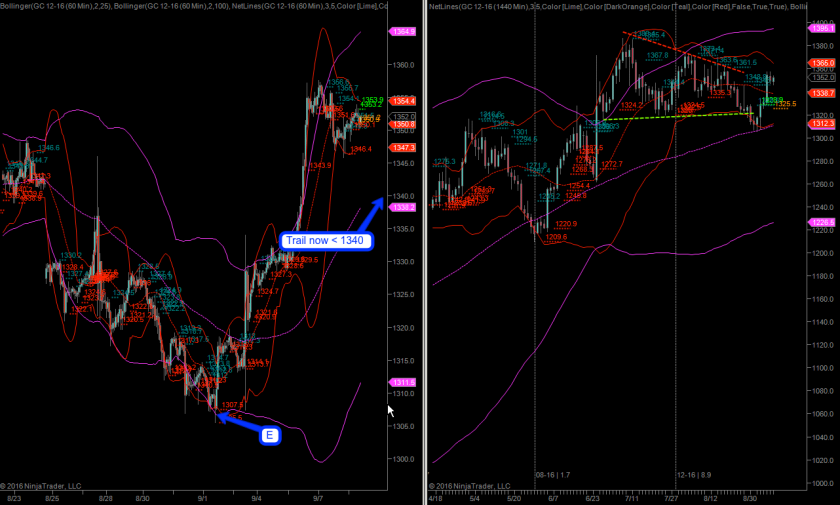 Similar dynamics happening over in gold. I should have extended that diagonal on the daily panel which I drew a few weeks ago because we are right smack on it. Once again I expect a shake out drop to clear out weak hands followed by a ramp higher. By the way, when I refer to ‘weak hands’ I am not suggesting that stubbornly holding a position is the right thing to do. Rather I am talking about late comers who chased the ramp higher and will soon find themselves in a losing campaign.

Words To The Unwise

Remember that sticking to your campaign rules is always tantamount, no matter where you enter. And of course bad/late entries can lead to negative trading decisions. A lot of people claim that entries don’t really matter. Well, they do and then they don’t. From a pure trading perspective, given proper campaign management you can really enter wherever you want. It doesn’t matter where you enter – what matters is how and where you exit. Trend traders for example enter late all the time and they lose a good chunk of their paper profits on the way out.

But to a typical retail rat, who’s chasing a trade with a 10%+ position size which he/she cannot afford to lose and then exits on a loss on the first dip down, a bad entry definitely matters as it is the first link in a chain of bad decisions. Consider your entry just as that – a first decision/action which will affect your future decisions/actions. If you start learning how to be a plumber don’t complain that you’re not proficient in playing the violin a few years later. This is actually a big topic which I will revisit in the coming month, perhaps with a dedicated post.

If you haven’t done it already, consider signing up for our Gold membership or perhaps even the Zero. You already missed out on great entries on gold and silver earlier this week – why prolong the suffering?