Quite a bit FX activity today after the BOJ announced that their printing machines are bigger than anyone else’s. I can never get over the fact that people across the planet sit idly by while their respective governments compete with each other in the currency race to the bottom. The world revolves around money after all, and here they are inflating away the value of your very assets day after day, month after month, year after year.

Just compare the purchasing power of today’s Dollar with that one decade ago, and then again that of the 1990s or 1980s. It’s not a pretty picture – since 1914 the Dollar has lost 95% of its purchasing power. We all have come to accept the fact that our respective currencies buy less and less year after year. Inflation seems to be as ubiquitous as gravity and (almost) nobody challenges the notion that the life blood of our economy continues to lose value. Which is why I call run away inflation the creeping tax on the stupid. 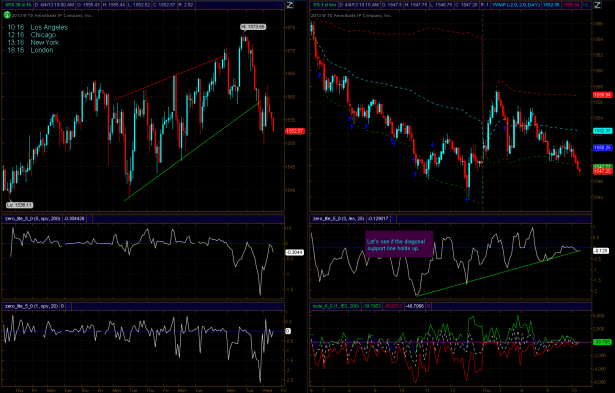 Before we get to some long term charts let’s quickly check with what’s going on over in equities. The spoos are selling off slowly today but I noticed a pronounced divergence on the Zero Lite which is now touching the zero mark. This should be interesting as a breach below could accelerate the sell off. However if that diagonal holds then we may be talking bear trap so if you’re a Zero sub keep your eyes peeled! 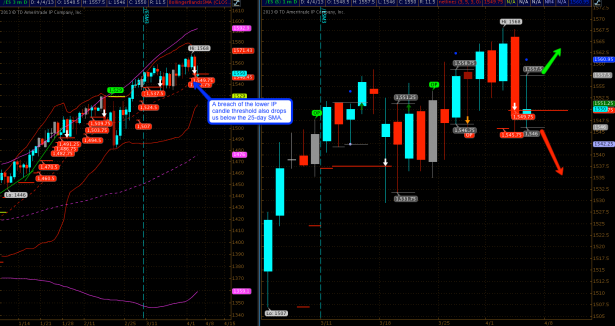 On the daily I’m seeing a very sweet E-Mini setup – for one we most likely will paint an inside day/period today. Smack in the middle is a daily NLSL which has a lower trigger that almost exactly lines up with the 25-day SMA. So this could a be very cool opportunity to play a breach either way – definitely like the context here.

Crude has been stomped over the past few days – if you’re a sub then you may recall that we approached the upper diagonal on the monthly as well as a weekly NLBL. Well, we got an instant reversal and now may find a bit of support near that 100-day SMA or right below at the 25-week SMA, which is also backed up by a NLSL. I would prefer a bounce here as the road to the downside is a bit more difficult to play right now – at least until we approach that lower diagonal on the monthly.

A few more goodies for the subs – please step into my lair: