When You Love To Be Right

Ever heard someone say ‘I hate to be right but [fill in lucky prediction of your choice]. Well that’s a lie – I of course love to be right, especially when it comes to avoiding nasty market traps. Plus nothing fills my heart with more joy than to pick over hapless disoriented prey after a massive Monday morning opening gap.

However despite my megalomaniacal disposition I’ve always hated to watch the little guy getting stepped on. I mean let’s take care of business behind closed doors for crying out loud!

Alright enough inappropriate teutonic humor – let’s get serious. So yes, I am of course pretty jazzed about having avoided this morning’s train wreck by wisely choosing the only possible option when finding oneself caught in a lose/lose situation.

When the game gets stupid the only way to win is not to play. Or to quote Warren Buffet: If you’re playing poker and you can’t find the sucker at the table, you’re it! 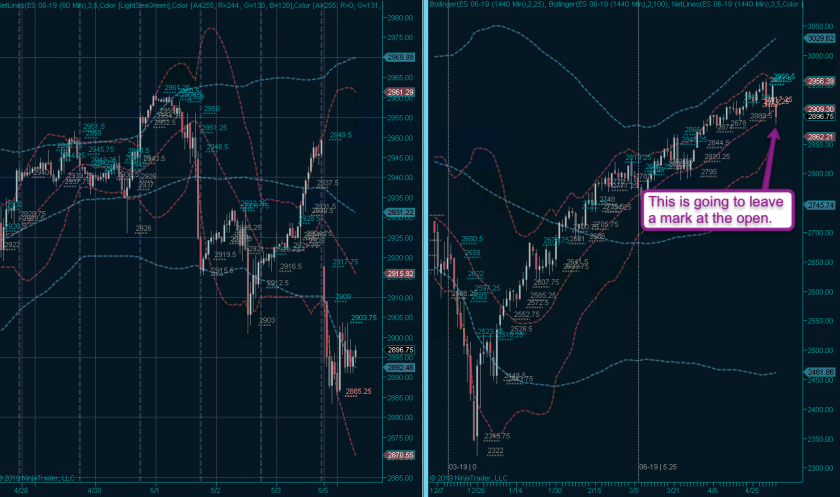 Oh boy, this is going to leave a mark at the open. I do expect a bit of follow through but will keep my eyes peeled for a potential snap back. So if you’re a Zero sub this morning (and I hope you are) then I recommend you wait out the first hour or so, then start looking for a bullish divergence.

The initial signal lower is expected to be pretty massive, so any divergence should be unmistakable and then be backed up by a bullish price formation like e.g. a spike low with a retest. You know the drill! 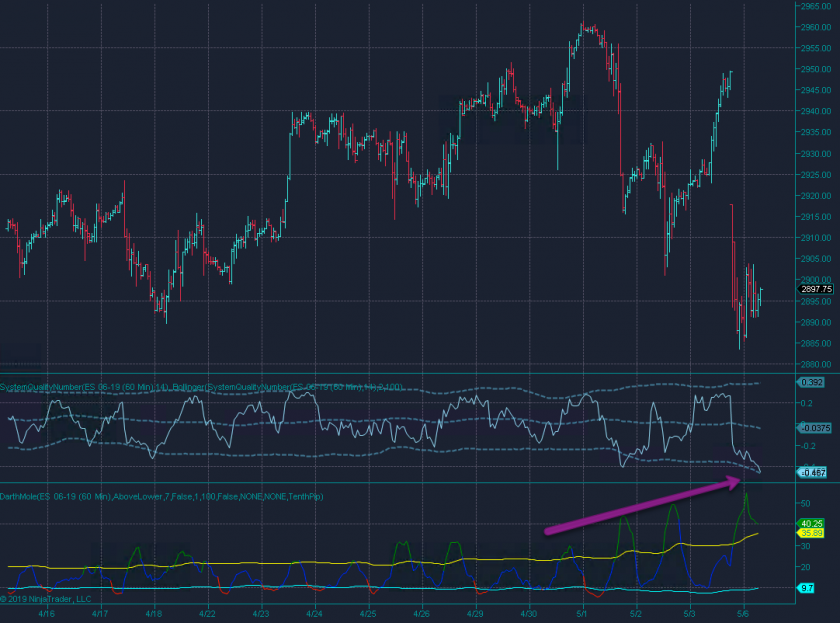 Now this gap lower obviously didn’t come out of nowhere and to simply point at the break down of the trade deal with China is rather naive. It was simply an excuse to break a market that had found itself stuck in exhaustion after finally having painted all time highs.

See how realized volatility has been slowly creeping up over the past two weeks? We didn’t get an exhaustion spike after the ATHs because the majority of market participants had not been – well… participating… in this rally. And that’s all fine and dandy – it often even causes hated rallies to bubble even further to unexpected highs.

But at some point it finally runs out of buyers. ESPECIALLY when the past few weeks of price action had been marked by opening gaps in one direction or the other. Too many whipsaws, too many traps, too many players missing the bus ahead of a big move to the upside.

Very smart man this Lincoln. I for one am delighted being born an idiot, which is why nobody has bothered to put a bullet in my head (yet). 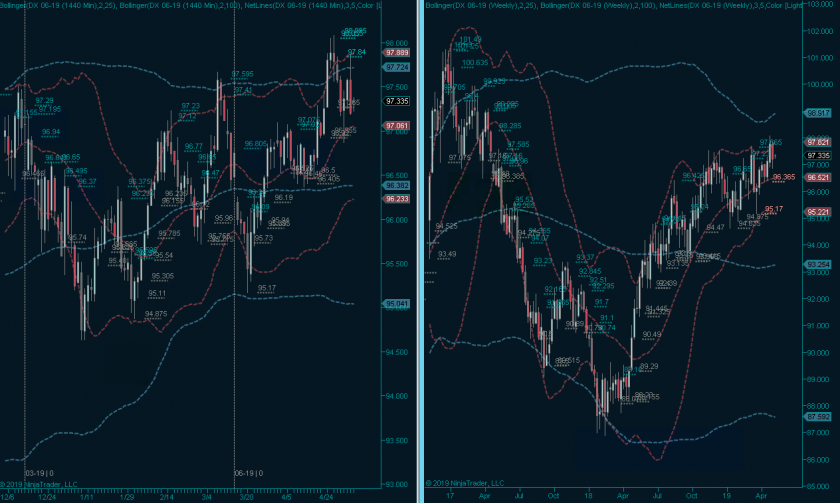 I posted the Dollar chart on Friday but due to recent developments it bodes repeating. If you want to get a pretty solid perspective on the current circle of confusion (pun intended) then look no further than the Dollar which recently seems to be sattled by Bill Dunn riding the bucking bronco.

Look guys, we should complain. We had ourselves a juicy rally and it’s now shake out time. Doesn’t mean we’re heading straight back into a bear market, at least not yet.

Speaking of hapless victims, here’s a goodie for my intrepid subs: