I’m a bit surprised to see so little participation as we are nearing 1400 on the S&P 500. Perhaps one of the reasons is the lack of volume above the 1403 E-Mini mark – which given fair value roughly translates into SPX 1408: 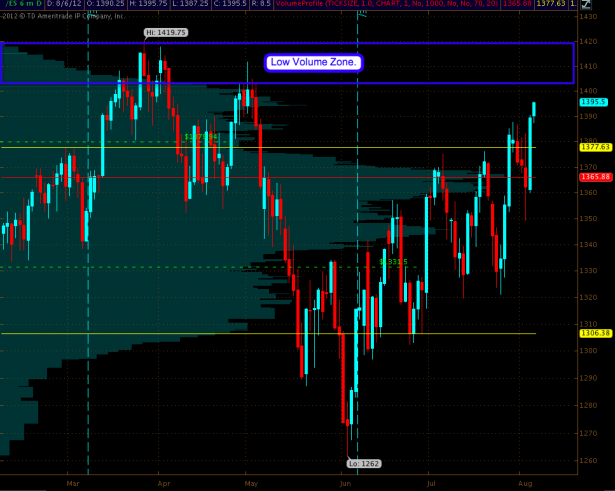 Not sure what will fuel this thing much higher than 1405ish, which is when the fuel runs out. 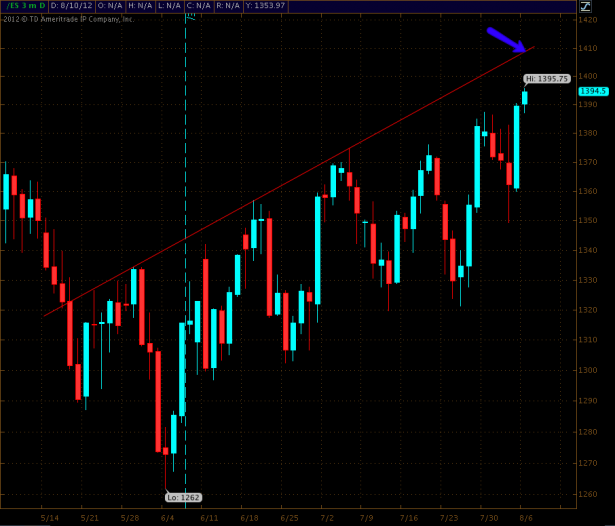 And let’s also not forget the diagonal resistance line which kicks in somewhere around 1410. 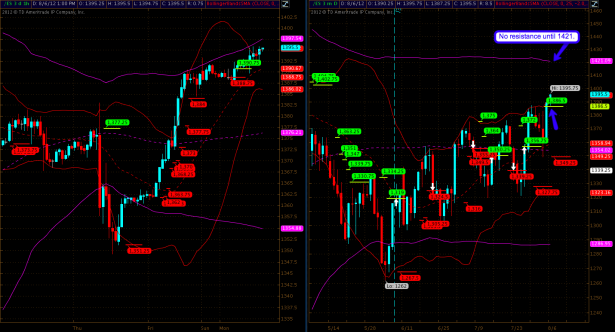 However despite all that – we did just hit a NLBL and technically we are supposed to be long since Friday. Official target is 1421ish. HOWEVER, with a P&F price objective already met and Mr. VIX stretching his legs at around 16 forgive me for not being very excited about being delta positive here. Ms. Market is always smarter than all of us combined, so let’s not get drawn into what I deem to be a medium probability high risk setup. 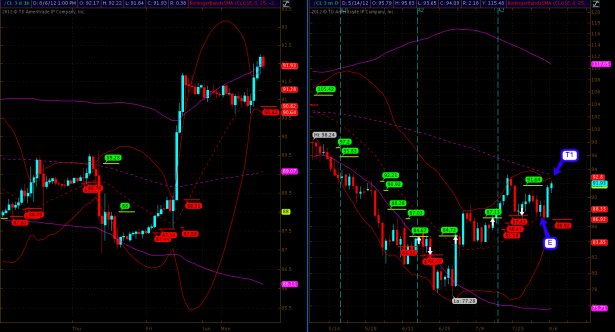 Crude gave us sort of an entry last week and if you got tricked don’t kick yourself. But if you took the long entry then consider yourself not only lucky but also near your first target. That 100-day SMA will act as resistance and may be a jumping board for another push higher – or a reversal. Too early to tell right now but put it on your radar.

I have a few more goodies in store for my intrepid subs – please step into my lair:
[amprotect=nonmember] More charts and cynical commentary below for anyone donning a secret decoder ring. If you are interested in becoming a Gold member then don’t waste time and sign up here. And if you are a Zero or Geronimo subscriber it includes access to all Gold posts, so you actually get double the bang for your buck.
[/amprotect] [amprotect=1,13,9,12,5] 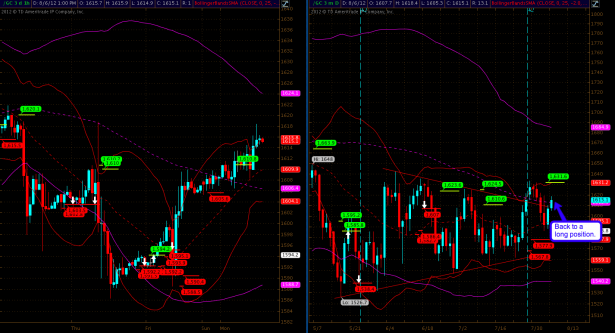 Gold – yes, it did what I was secretly hoping for – stopping my butt out of my remaining lottery tickets and triggering a long entry. I’m pretty patient with this one as I think a short squeeze after curling up for weeks could turn out to be rather profitable. 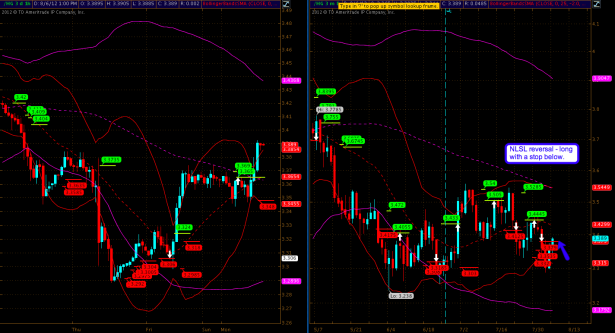 Copper just reversed its NLSL – very interesting as it has been lagging equities by far. I would watch this one carefully – long here with a stop a few ticks below. 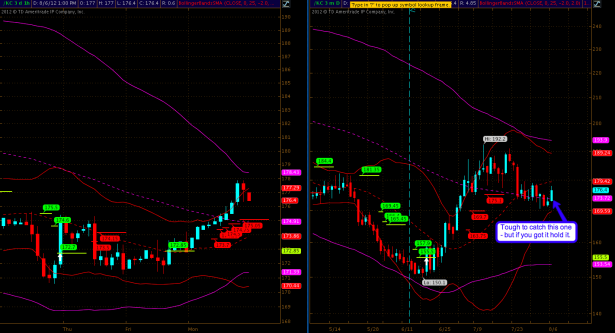 Coffee continued to do the 100-day SMA sprint and once again appears to be breaking out. I admit that this one is very tough to catch and maybe we should stop wasting our energy on this old tease. That said – IF you are in then you are a lucky bastard and I recommend you do nothing as there’s nothing but air above. 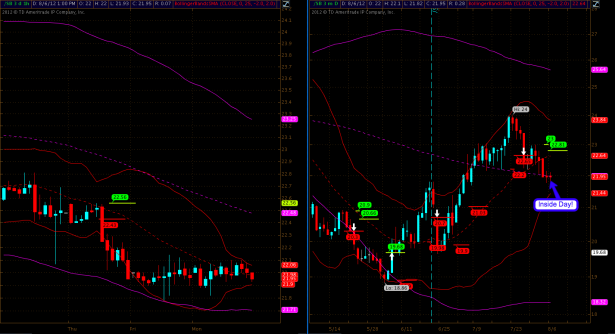 What a sweet setup – my favorite of the day. Inside day on sugar and I’m showing you the full chart first as I also wanted you to see the context -which I hope does not require any explanation. 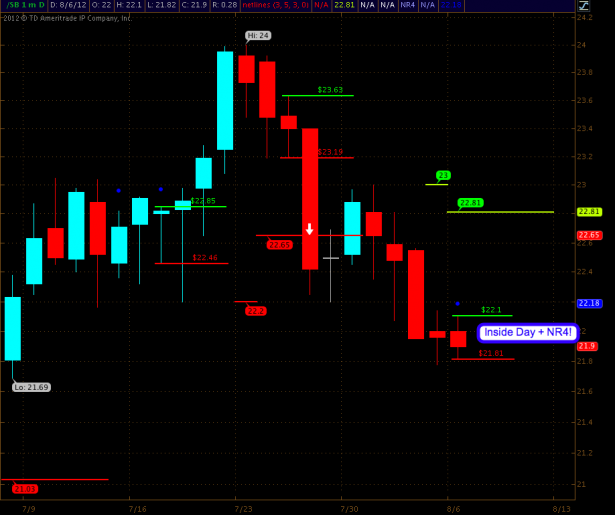 Here’s the zoomed in version – we have an inside day + NR4 combo setup and I expect to take whichever side breaches. Did I mention that I love this setup? 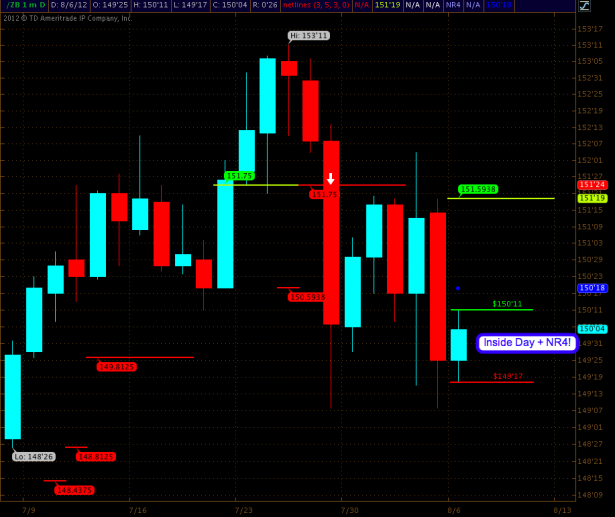 30-year treasury futures – inside day + NR$ combo. I would be mostly interested in a long trigger here. 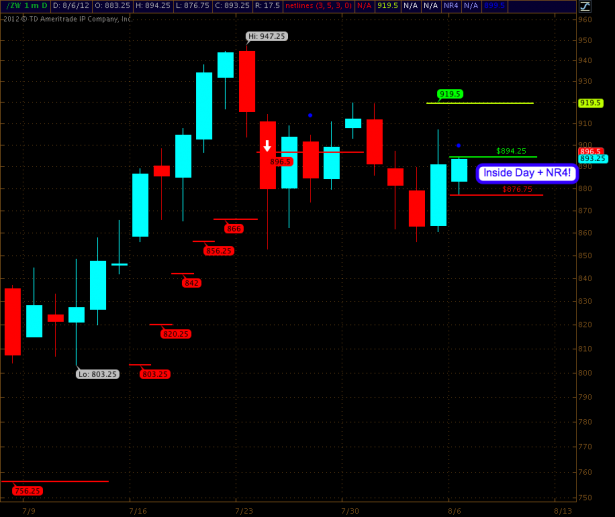 And then there’s wheat – here I would prefer to see a break down due to the previous candle plus the NLBL resistance right above. It’s a tiny candle and the trigger levels may change by the EOD, you have been warned.